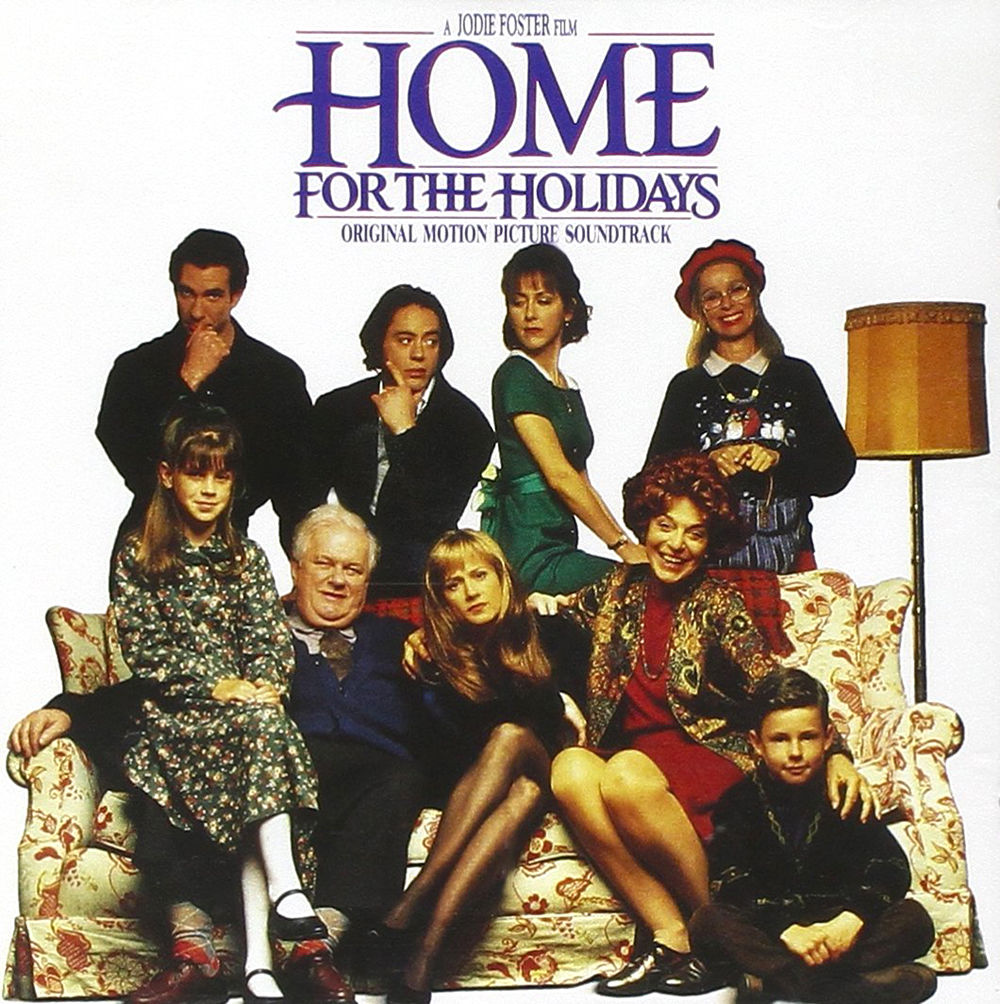 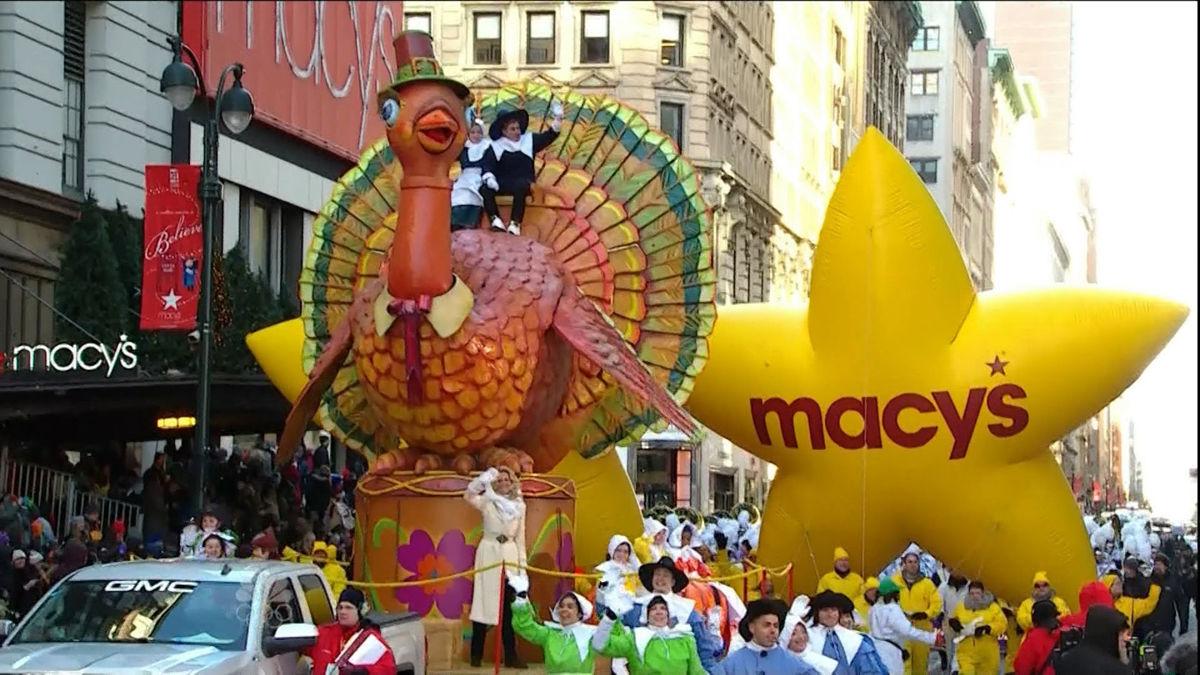 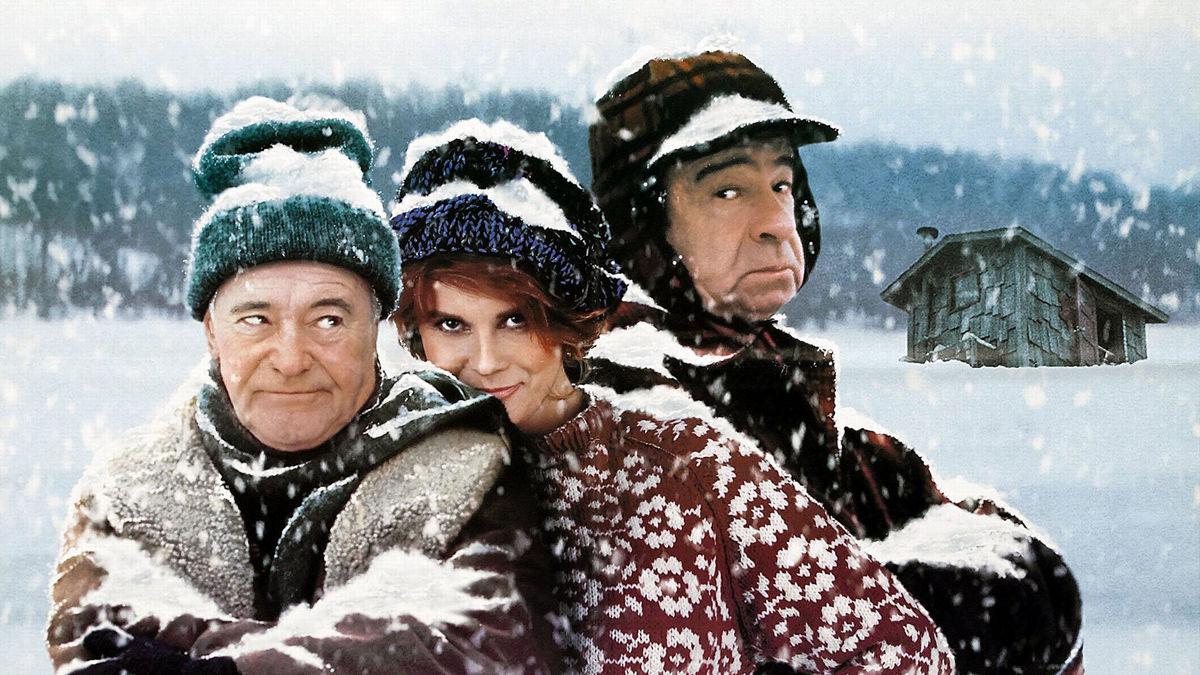 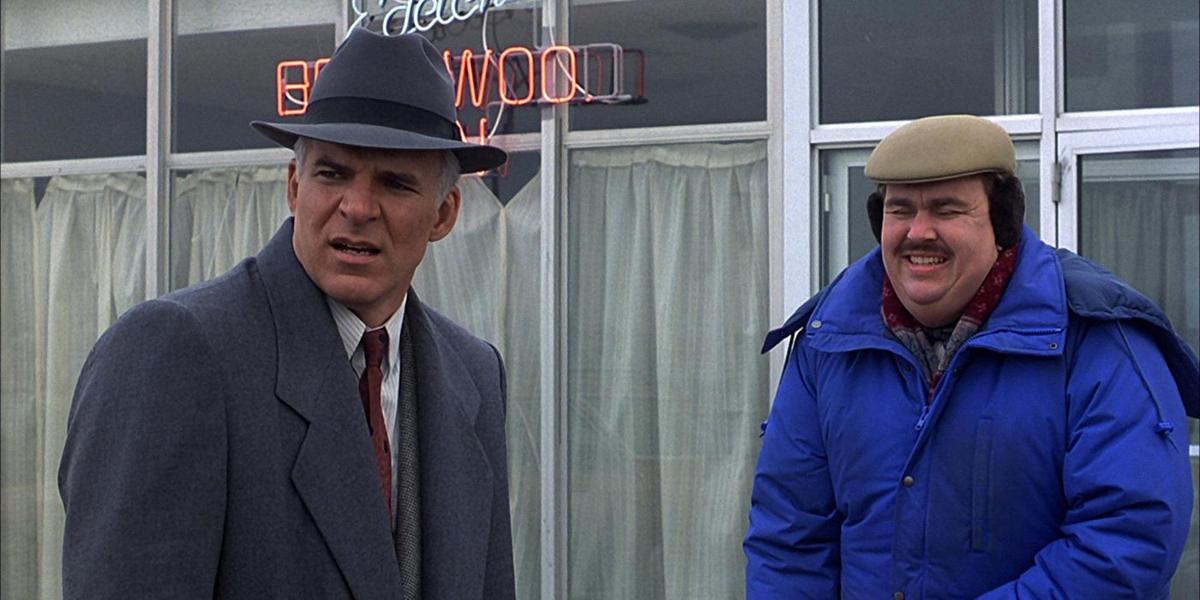 Classic movies, parade round out holiday

After the turkey and pumpkin pie are consumed, belts are loosened and dirty dishes are piled into the sink, nothing rounds out the Thanksgiving holiday like family time.

For some, it’s a rousing game of Monopoly or backyard football. For others, a nap in the rocking chair or a chance to watch a parade while stacking on the day’s epicurean delights does the trick.

For those who enjoy a post-meal movie, nothing fits the bill for a Thanksgiving movie like a favorite of mine – the 1987 classic “Planes, Trains and Automobiles,” starring the late, great John Candy and Steve Martin.

Martin’s character Neal Page, a smartly-dressed, uptight 1980s-era marketing executive, is thwarted in his attempt to get home to his family for Thanksgiving when his flight is canceled due to bad weather. Also stranded is Del Griffith, an overweight, sloppy and talkative shower curtain ring salesman played by Candy, who promises he will find a way to get Neal home in time for Thanksgiving if they will just stay together.

As one might imagine, hijinks ensue, and through a series of misadventures and near-death experiences, Neal and Del find themselves traveling from New York City to Chicago by any and all means necessary, including on a bus, in the back of a cattle truck in sub-zero temperatures, in a refrigerated tractor-trailer rig and in a burned-out rental car.

At one point, after a fire from Del’s lit cigarette destroys their rental car, the two attempt to rent a cheap motel room with $17.50 and a watch.

“Please,” Neal tells the motel clerk. “I’ve been in the same underwear since Tuesday.”

The film was written, produced and directed by John Hughes, famous for classics that captured the lives of 1980s teenagers.

Hughes supposedly based the story on a hellish trip he once took from New York to Chicago when he worked as an advertising executive. He wrote the first 60 pages of “Planes, Trains and Automobiles” is six hours.

In a 2016 article about Hughes in Rolling Stone, Jason Diamond writes, “John Hughes understood that it’s all about the buildup. No matter if your journey is filled with near-death experiences, cars going up in flames, punches to the face and other disasters – getting to enjoy Thanksgiving with family and friends make the odyssey worth it. Everything else is just turkey.”

The lesson of “Planes, Trains and Automobiles,” which is perfect for Thanksgiving, is that one should never be so put-together and singularly focused that he forgets to invite his lonely friends home to share a meal.

Rent “Planes, Trains and Automobiles” on YouTube, Amazon Prime, Google Play and iTunes. This movie may not be suitable for viewers of every age.

While football usually takes over the post-Thanksgiving meal, sometimes we are lucky enough to catch a movie that suits the whole family, or at least most of us.

One such film is “Grumpy Old Men.” The movie includes legendary actors Ann-Margret, and the late Water Matthau, Jack Lemmon, and the ever lovable and entertaining Burgess Meredith.

The movie follows the antics of two curmudgeonly neighbors, Max (Matthau) and John (Lemmon) who have been at each other’s throats for years. The rivalry of the former friends intensifies when Ariel (Margret) comes along and provides a love interest for both of them.

When Max finds out that John is experiencing family troubles and financial ruin, however, he steps in to help. Their bond is further cemented when John has a health scare and Max makes the ultimate sacrifice for his friend.

It’s just one of those movies where the constant roasting of the other one is very entertaining, and leaves one quoting lines from the movie long after its conclusion.

Plus, we all know that old curmudgeonly set of friends or neighbors who live just give the other one a hard time.

However, Meredith, who plays John’s father Grandfather Gustafson, or “Pop,” is who really steals the film in my opinion.

He sneaks in some real zingers and brightens up each scene with his cute, old-man appeal. He is a joy to watch.

It’s also worth mentioning that there is a second “Grumpy Old Men,” appropriately named, “Grumpier Old Men” that stars the same cast, plus Sophia Loren.

Meredith steals each scene he’s in, and one where he tells a story about bacon will have you laughing out loud and a little bit hungry.

Both movies can typically be found on cable this time of the year as both revolve around the holiday seasons, so be on the lookout.

There’s no violence or over-usage of bad language in either, so everyone can watch. It’s just a feel-good movie that can make the first few hours of digesting all that turkey very bearable.

Macy’s Parade is a holiday tradition

While not necessarily an after-dinner activity, sitting down to watch all the entries in the Macy’s Thanksgiving Day Parade in the morning is always an enjoyable time for any family on Thanksgiving Day.

Floats filled with celebrities (and the Muppets!), musical performances, giant balloons, marching bands and Al Roker make the event something everyone can enjoy.

Who doesn’t love seeing a Charlie Brown balloon larger than an airplane hangar gently being guided down Central Park West?

Who isn’t impressed with the eye-high kicks of the Radio City Rockettes?

And what person doesn’t get a little child-like glee when they see Santa waving to the crowds in his sleigh float, capping off the parade lineup to “officially” kick off the Christmas season?

Of course, the parade is also easily watched while “sampling” all the delicious food being made in the kitchen, but that’s a gamble not everyone might take.

Everybody gets a little crazy this time of year

Come the holiday season, everyday frustrations are compounded by stressors like making sure there is stuffing without onions for Uncle Ted, figuring out a schedule that ensures all the grandparents get to see the kids before the season is over and finding the time to actually wrap the presents, to name just a few.

Even though we all know that everyone else in the same boat, the pressure of the holidays can easily become overwhelming. Sometimes it’s nice to a take a little time to remember that everybody gets a little crazy this time of year.

And when I need that particular reminder, I turn to “Home for the Holidays.”

Directed by Jodie Foster, this 1995 film follows Claudia Larson (played by Holly Hunter), who loses her job just before the holiday. As Claudia is about to hop a plane to spend Thanksgiving with her parents in Baltimore, her teenage daughter informs her that while mom’s out of town, she plans to lose her virginity.

With that bombshell freshly delivered, Claudia calls her brother Tommy (Robert Downey Jr.) to share her troubles since she doesn’t think he’ll be spending the holiday at mom and dad’s.

It isn’t long before Tommy surprises Claudia at their parents’ house with a guest in tow, followed soon thereafter by a contingent of other relatives and the Thanksgiving chaos kicks off.

Over the course of a couple days together, the family is hit by a number of revelations and confessions that run the gamut from heartwarming to heartbreaking.

The outstanding cast includes Anne Bancroft and Charles Durning as Claudia’s parents, Adele and Henry Larson. Some of my favorite moments in the film are those when Claudia is struck by the realization that her parents are aging and that they’re as flawed as any other person on the planet.

While movies like “National Lampoon’s Christmas Vacation” turn over-the-top holiday mishaps into a couple hours of fun, I also appreciate more relatable depictions of modern family life, and “Home for the Holidays” delivers on that score. By the time Claudia heads back home, she does so with a little more insight into the lives of her loved ones and with the knowledge that while life isn’t perfect, it might just be those imperfections that make it interesting.

The holiday season has always been a bittersweet time of year for me, and there’s comfort in knowing that even though we might not talk about it, a lot of other people feel the same way.