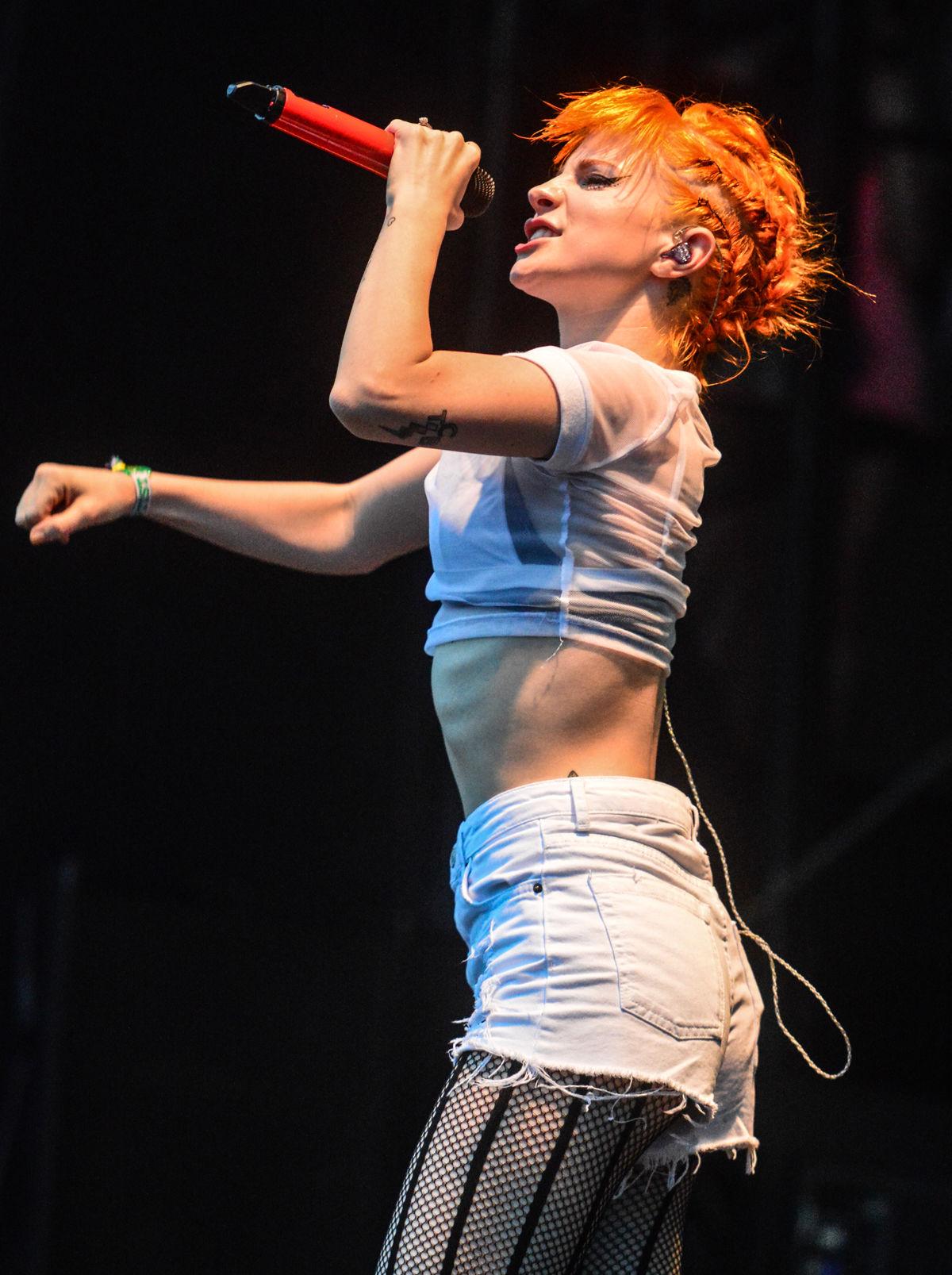 Hayley Williams and her band Paramore, seen here performing at the Hangout Music Festival in Gulf Shores, Ala. in 2015, will make their first appearance at Bonnaroo on Friday evening on the What Stage. – Staff Photo by Zach Birdsong 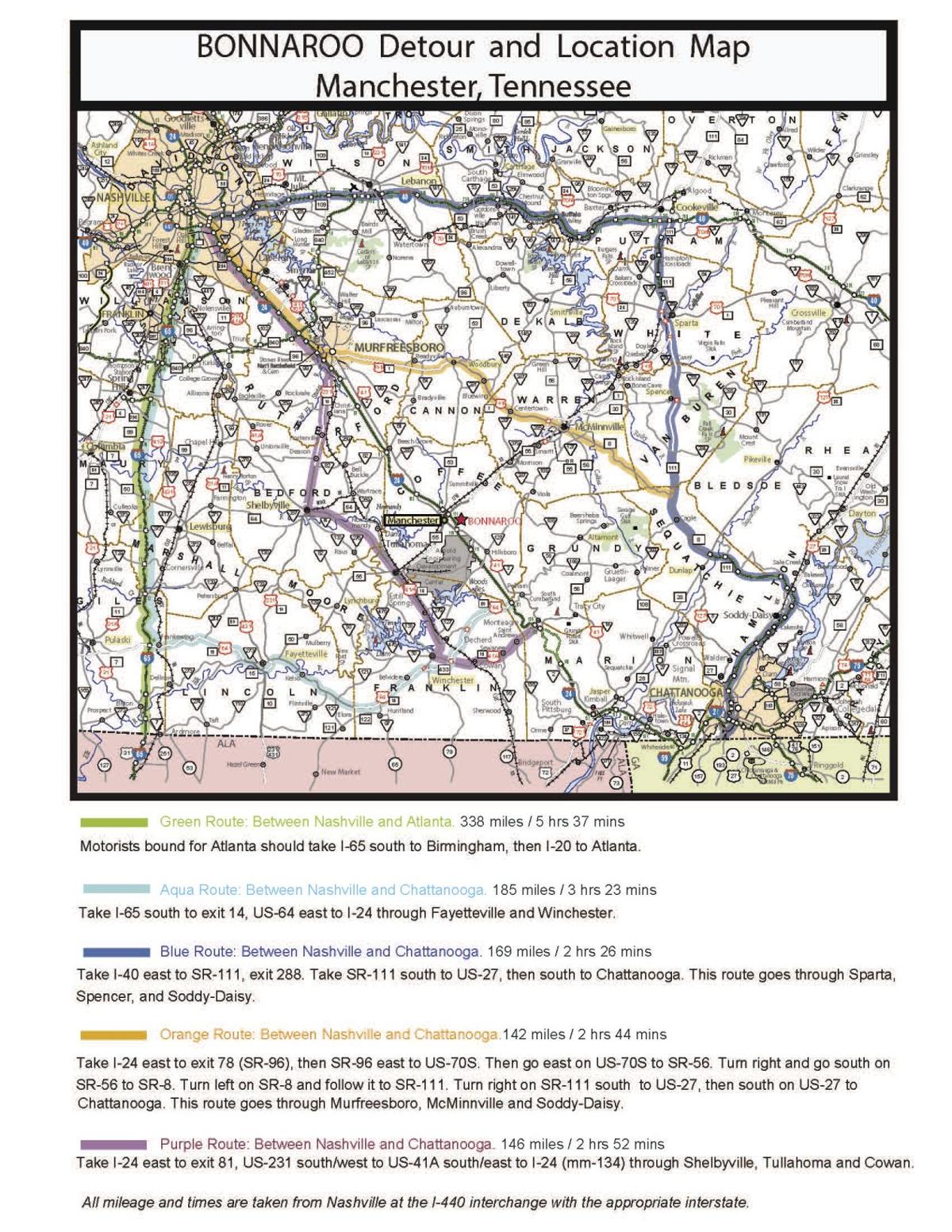 Hayley Williams and her band Paramore, seen here performing at the Hangout Music Festival in Gulf Shores, Ala. in 2015, will make their first appearance at Bonnaroo on Friday evening on the What Stage. – Staff Photo by Zach Birdsong

The masses are making their way to Manchester for four days of fun at the Bonnaroo Music & Arts Festival. The first bands this year will take the stage Thursday afternoon and the festival will wrap up late Sunday night with a closing set by The Killers.

Hayley Williams and her band Paramore, seen here performing at the Hangout Music Festival in Gulf Shores, Ala. in 2015, will make their first appearance at Bonnaroo on Friday evening on the What Stage.

While music is the chief reason why many make the trek to The Farm, a plethora of activities and experiences also await patrons to prove there is more to Bonnaroo than just the music.

Since the festival began, ’Roo has added something new each summer for patrons to enjoy. From food and art vendors to waterslides, a silent disco, yoga, comedy, fitness activities and much more, there is something to keep everyone busy between performances and add to the overall Bonnaroo experience.

This year is no different, as organizers have added even more exciting and unique ways to enjoy the festival.

House of Yes and a brand-new barn

House of Yes, the weird and wild nightclub and creative venue from Brooklyn, will be bringing the Circus of Yes to one of the funky new barns in the Bonnaroo campgrounds.

Known for its eclectic events and fabulous dance parties, the House of Yes is built on a foundation of positivity and fun where everyone is always welcome.

The space was created as a temple of expression, dedication to connection, creativity and celebrating life.

Based out of New York, the Little Cinema fuses film, circus, dance, live music and special effects into elaborate one-off spectacles. Go get wonderfully weird with them alongside Circus of Yes in one of the festival’s new campground barns.

Little Cinema is a visually stunning, cross-disciplinary immersive theatrical company dedicated to re-imagining films and presenting them in new and creative ways.

The company was founded by audio visual artist CHNNLS (Jay Rinsky), with the support of House of Yes.

In each performance, CHNNLS collaborates with an array of artists, musicians, dancers and circus performers to reimagine film.

The Well(ness) Plaza is now here to quench Bonnaroovian’s thirst of body and mind with healthy and mindful activities galore. Check out this new area for healthy foods, yoga, meditation, the Roo Run, and chill all-night listening parties, exercise meetups and more.

Get excited for a tequila bar and communal grilling experience at The Love Shack, presented by Tennessee and Texas food icon Tim Love. Expect special appearances by Durand Jones and Tim Love himself. Stop by for mouthwatering food, good times with your friends, and more, near Plaza 2 in the campgrounds.

For more on the activities at this year’s Bonnaroo, visit the festival online at Bonnaroo.com.

The Tennessee Department of Transportation (TDOT) and the Tennessee Highway Patrol are preparing for tens of thousands of music fans to descend on Tennessee this week as the four-day Bonnaroo Music and Arts Festival opens its gates to campers at 8 o’clock tonight (Wednesday) in Manchester.

The festival, which kicks off with daytime events Thursday, will continue through the wee hours of Monday morning, June 11, before the campgrounds close at noon.

Starting today, Tennessee State Troopers will work alongside Manchester Police and the Coffee County Sheriff’s Department to keep traffic flowing on Interstate 24. For the duration of the festival, the speed limit on the interstate between mile markers 104 and 129 will be decreased to 55 mph.

Exit 111 will again be used as the main festival exit. Exits 97, 105 and temporary westbound exit 112 may be used as alternates if traffic congestion occurs. Exits 117 and 127 may also be used.

Festival traffic will be kept in the right lane or on the shoulder of the interstate, allowing through-traffic to continue unimpeded.

State troopers will be on the job 24 hours a day during Bonnaroo, patrolling on the ground and by air. Drivers who need roadside assistance may be connected to the nearest THP dispatch office by dialing *THP (*847) from their cellphones.

“The number one goal of the Tennessee Highway Patrol is to reduce traffic related incidents and fatalities,” said THP Col. Dereck Stewart. “I have emphasized a statewide priority to our captains the importance of working closely with TDOT and our public safety partners. So think twice if you are planning to drive under the influence of alcohol or drugs, because troopers and local law enforcement will be looking for you. Always wear your seatbelt, and do not drive distracted. The Tennessee Highway Patrol is committed more than ever to reducing crashes and saving lives on Tennessee roadways.”

For its part, TDOT has suspended road construction projects in Coffee and surrounding counties from June 6 until June 11, and the department will post messages to warn drivers of delays.

Motorists may also access updated road and travel conditions via the Tennessee 511 traffic information system by dialing 511 from any mobile or landline phone or by logging on to the TDOT website at www.tn.gov/tdot for TNSmartWay real-time traffic information.