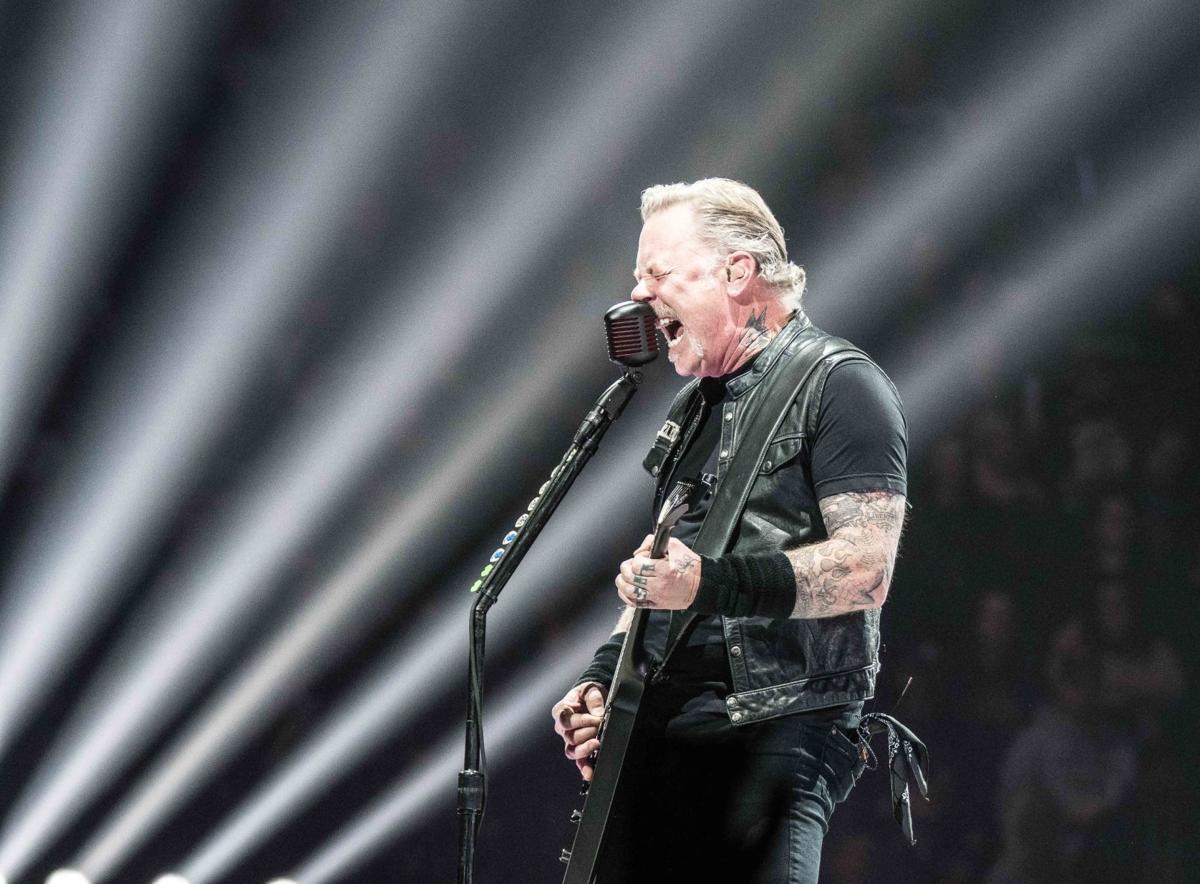 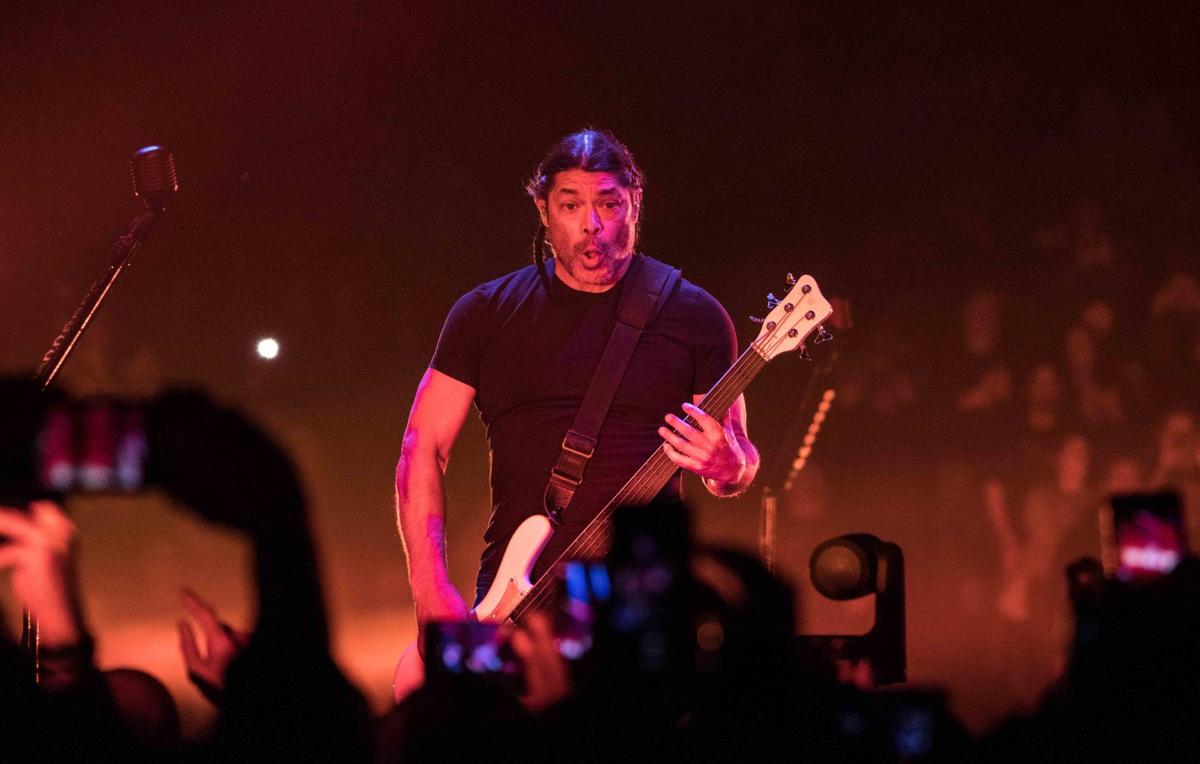 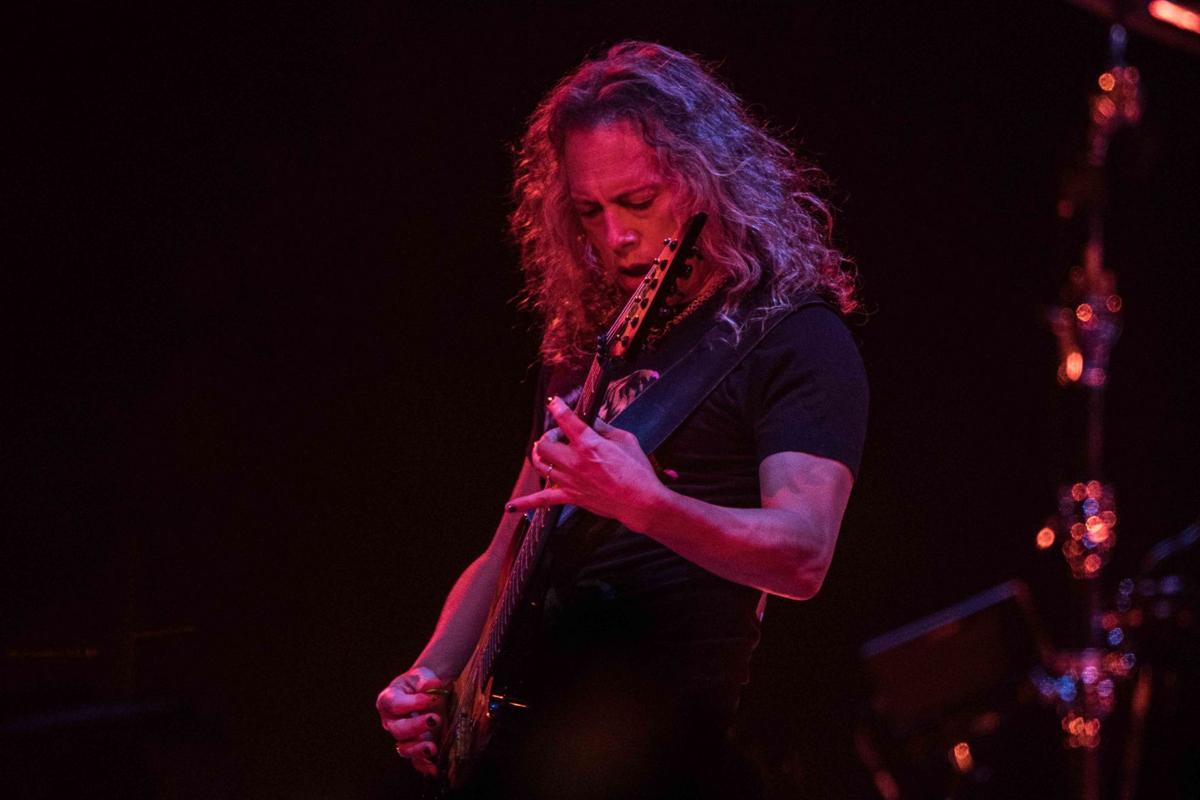 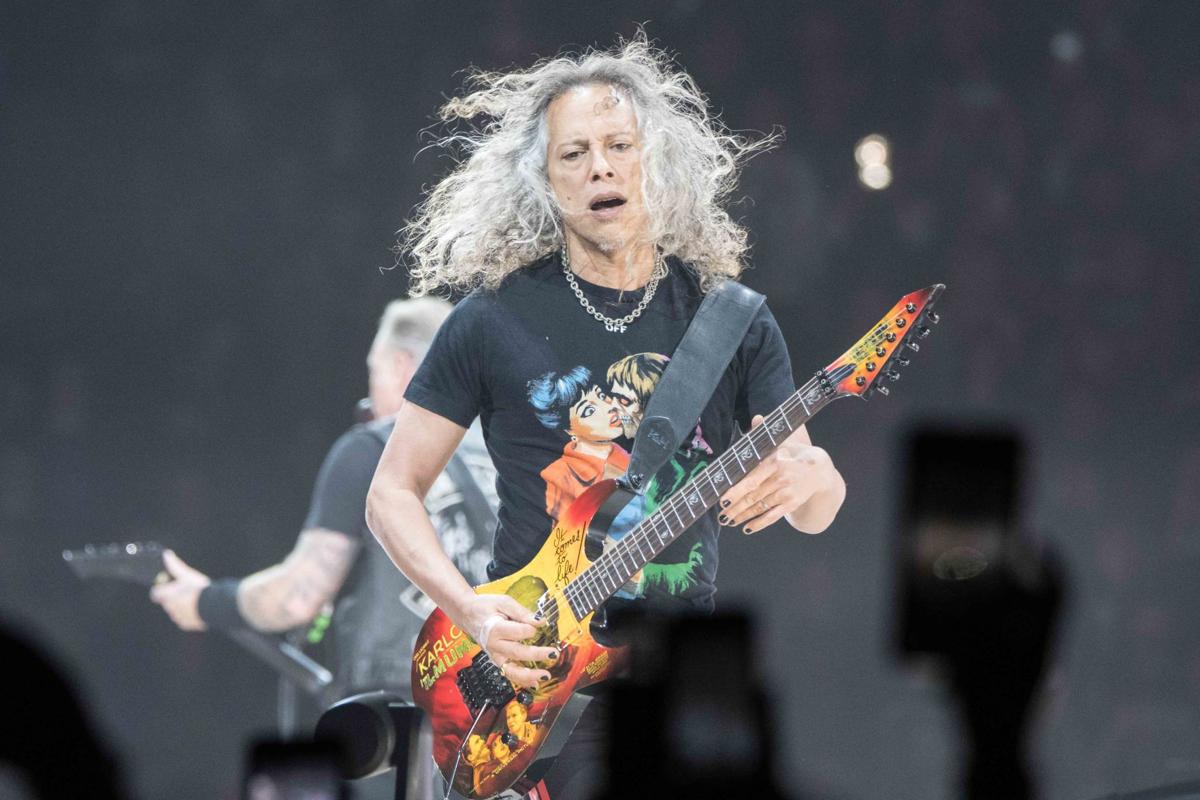 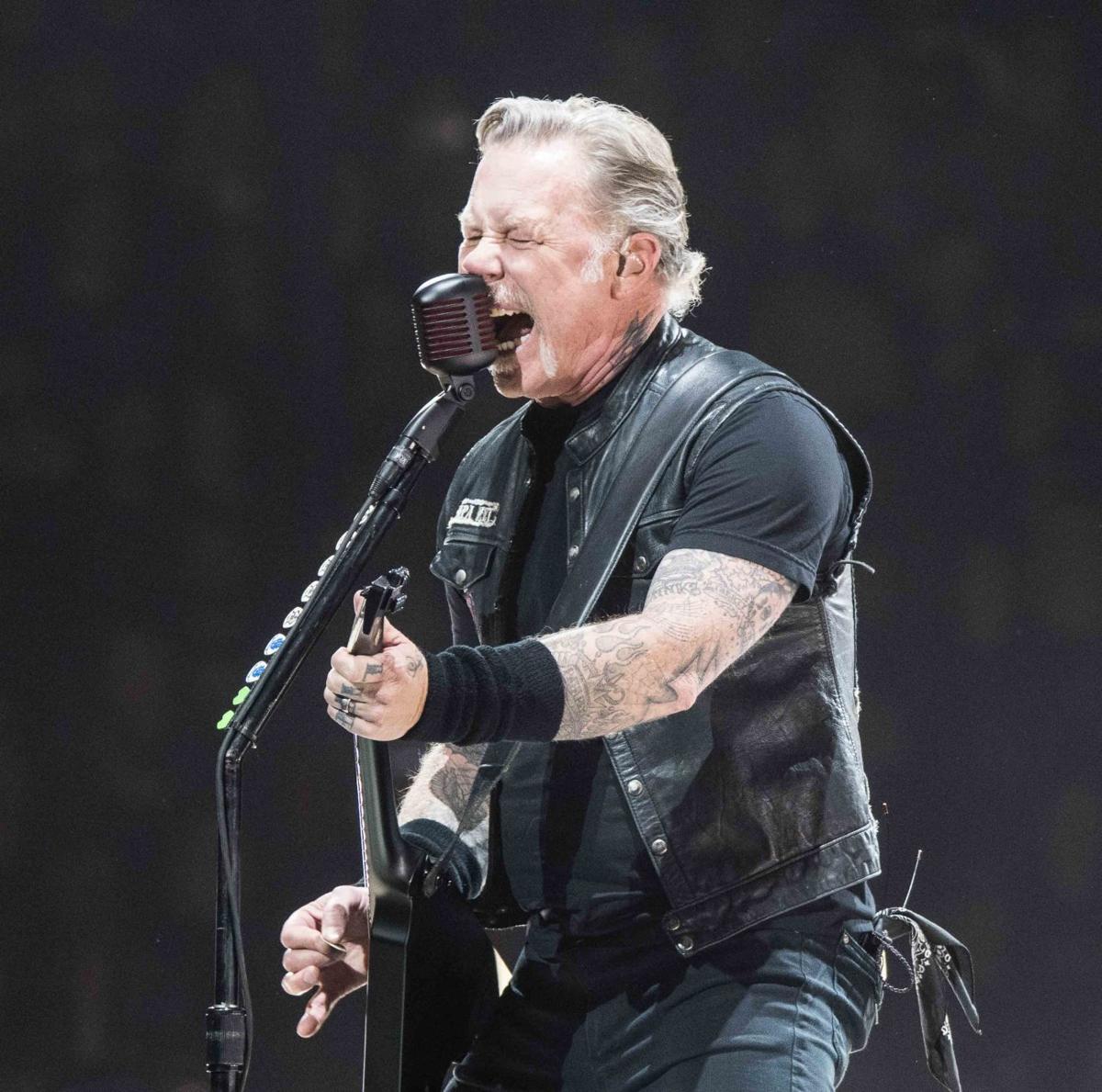 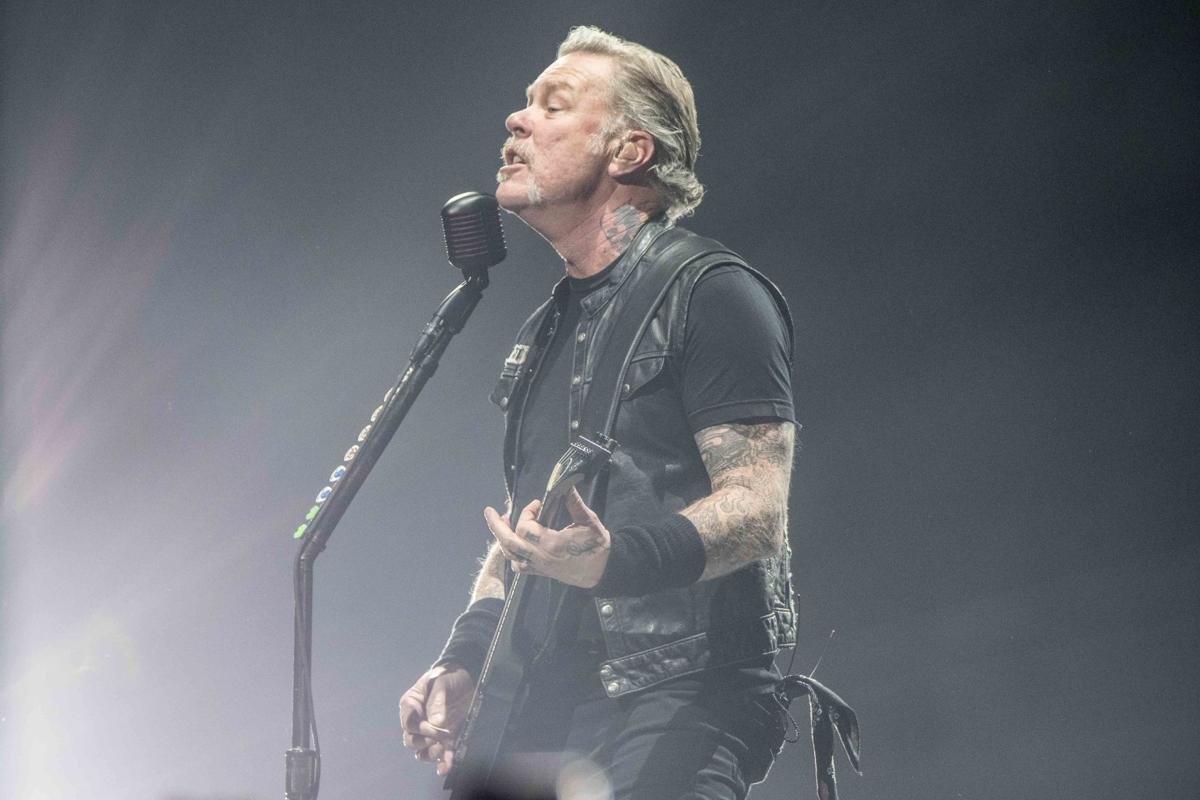 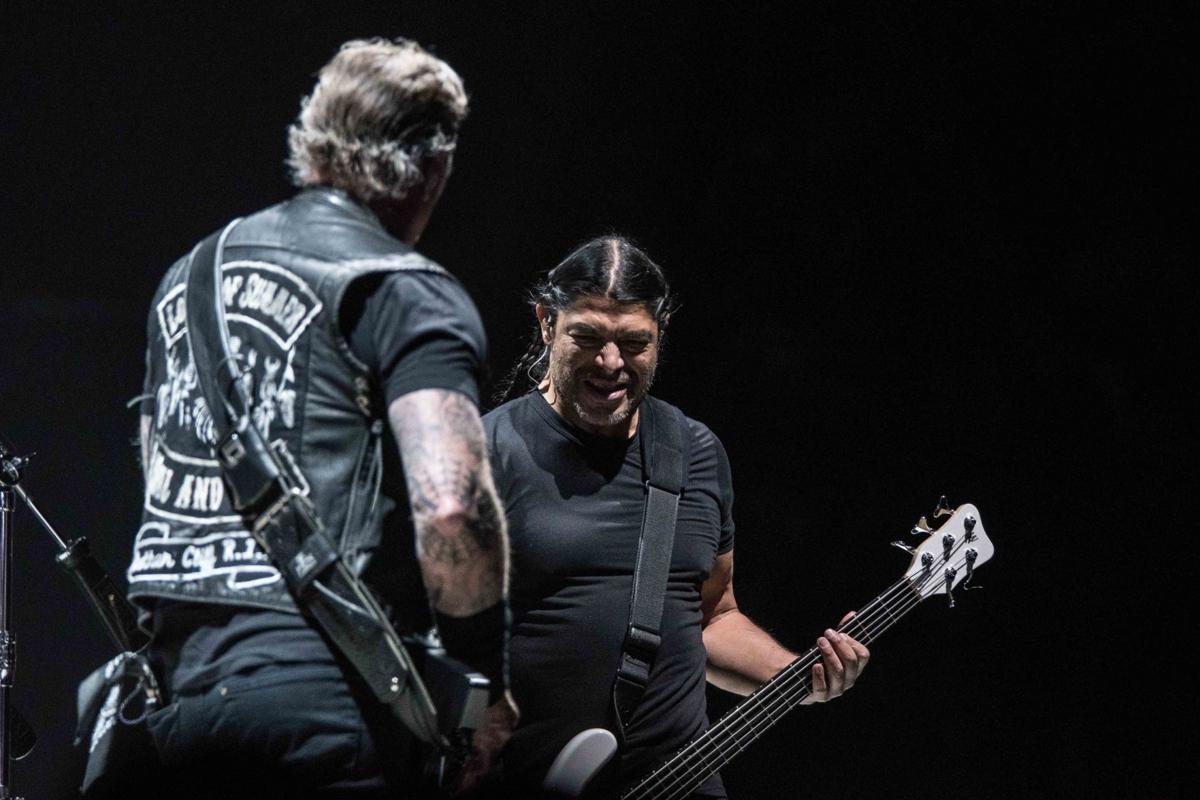 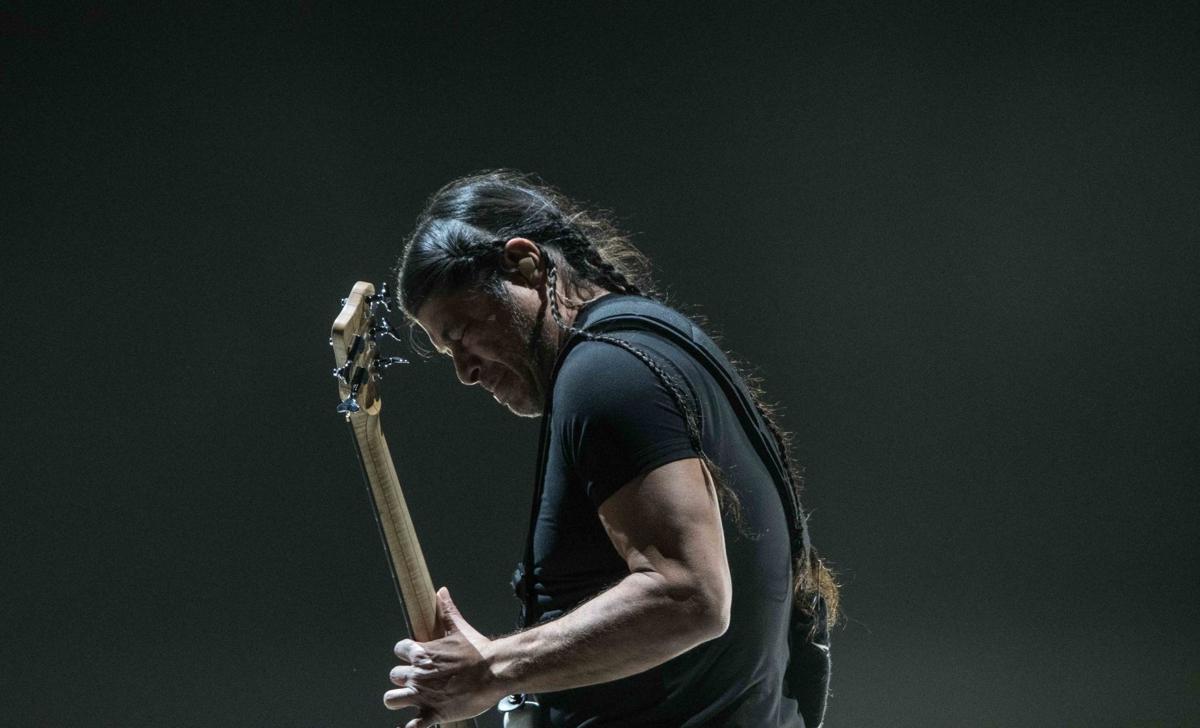 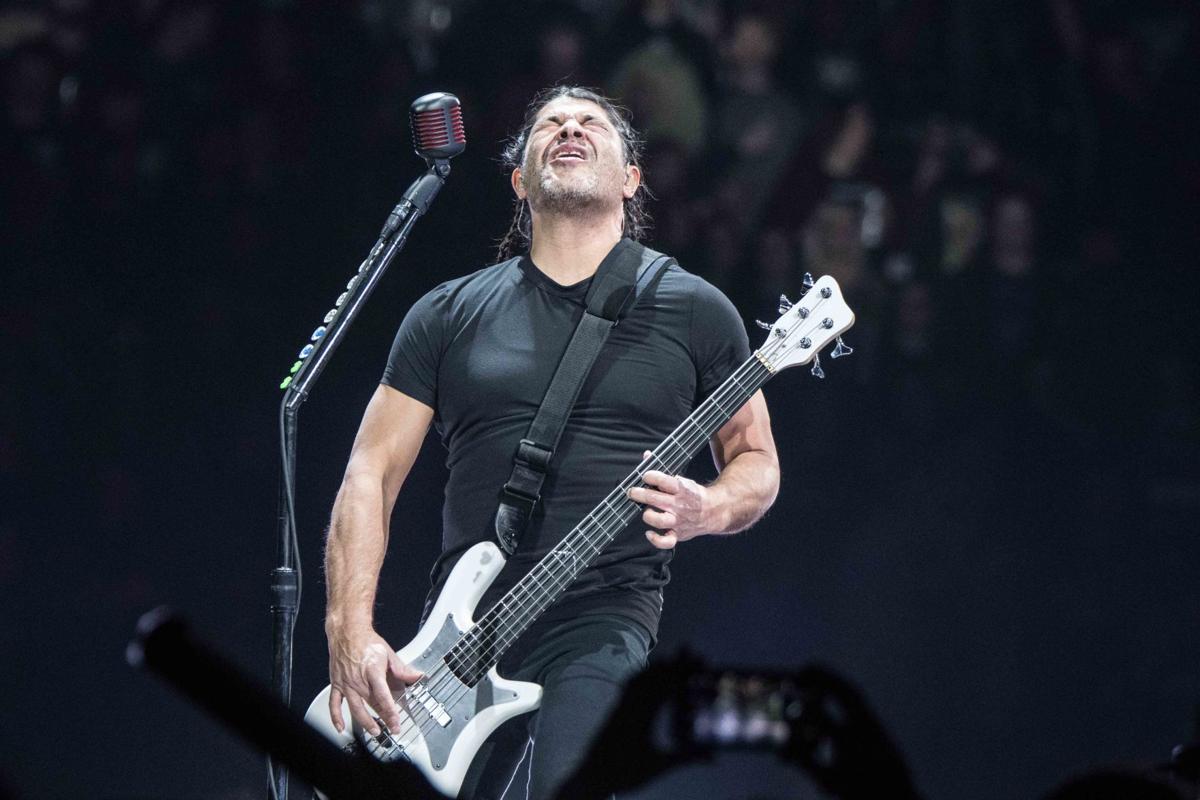 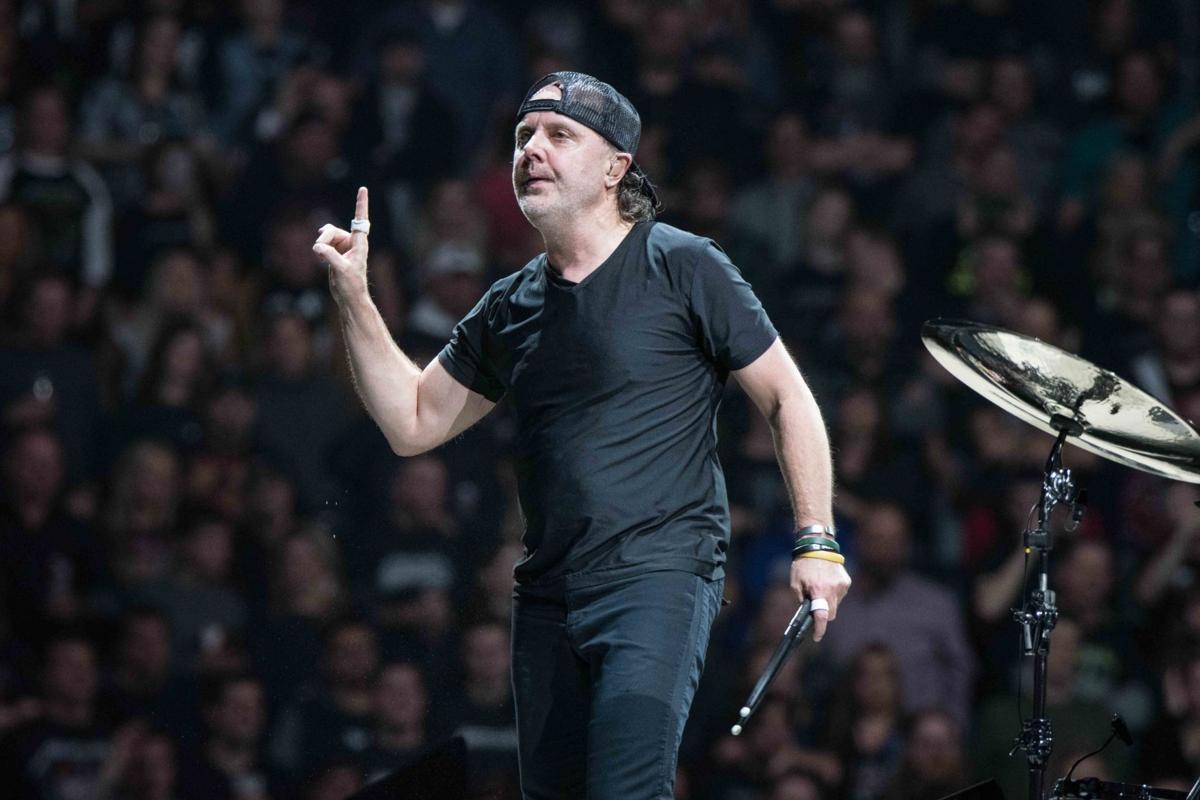 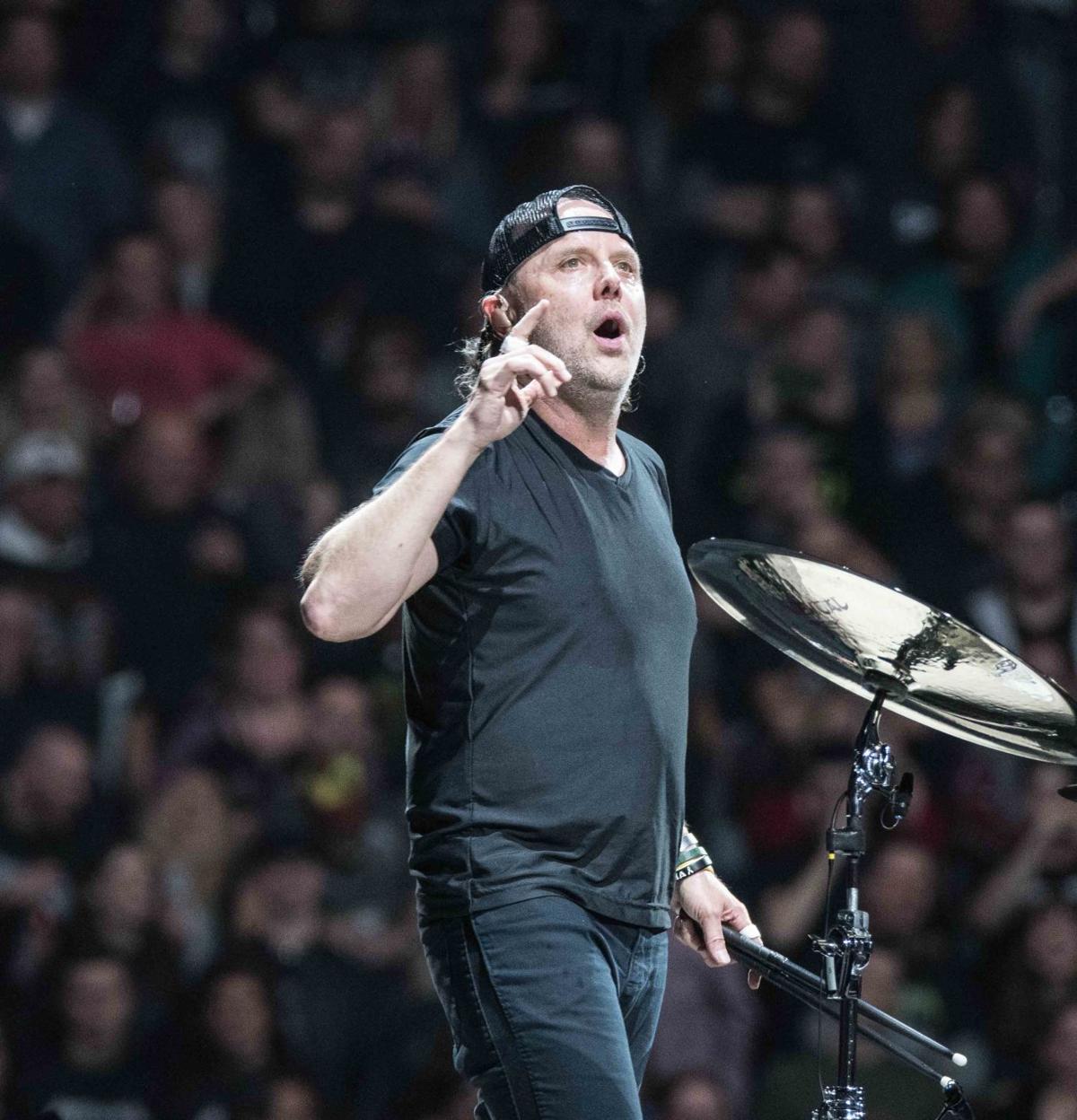 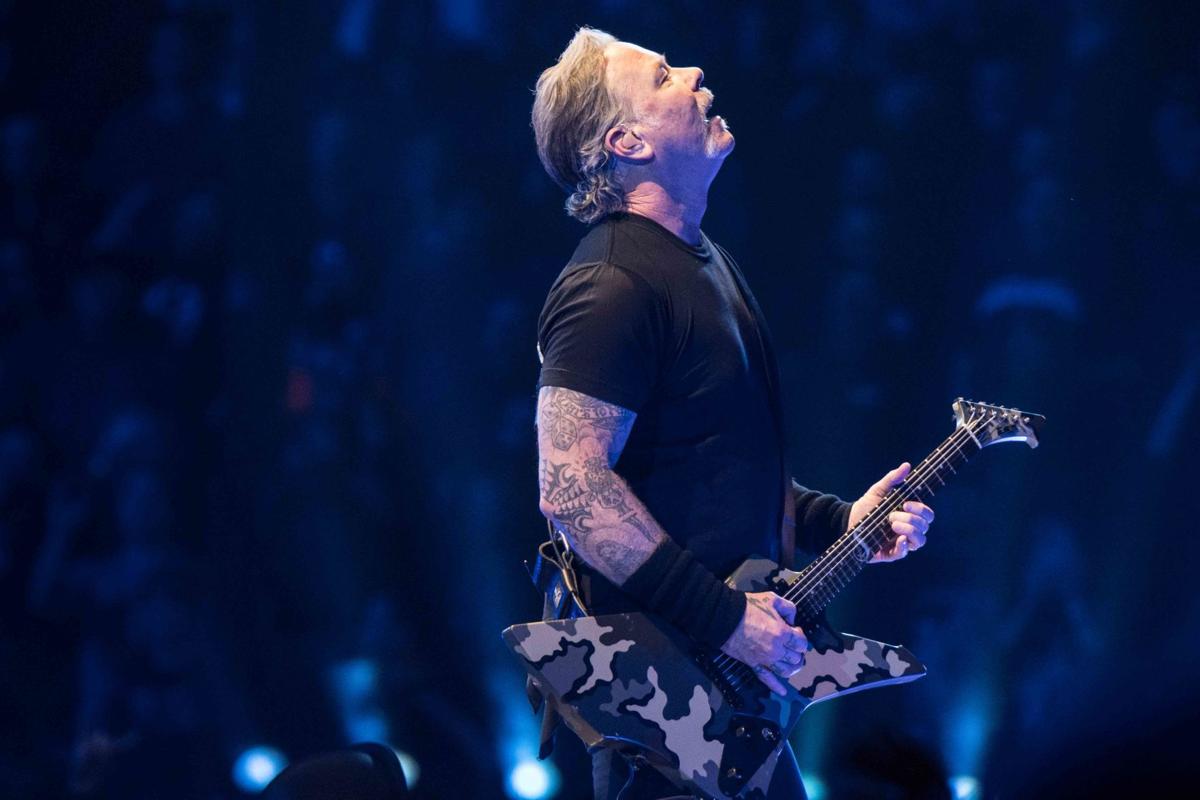 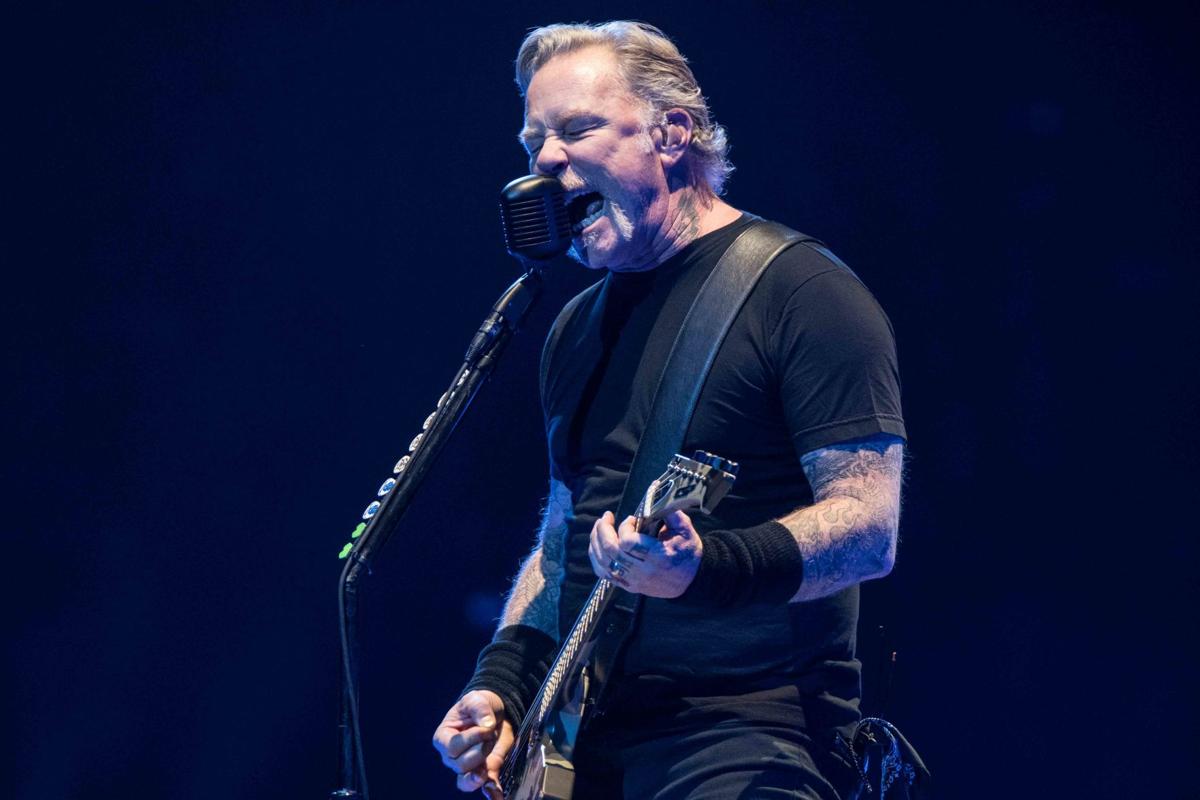 Thursday night was nothing short of a party for Metallica—and it showed— as the heavy metal band rocked a sold-out Bridgestone Arena crowd in Nashville for nearly three hours.

It’s been 38 years since Metallica formed as a band. Last Thursday proved that the four members are having just as fun as ever, even if they have earned a few silvers over the years, as front man James Hetfield alluded to at one point during the show.

With a 360-stage with no barriers, Metallica couldn’t hide from the fans, which ultimately made the show that much more fun. Not only were the band members able to fully be engaged with the audience, but they were able to have fun on stage and the crowd had a front-row view.

At several points during the show, drummer Lars Ulrich would get up from his kid and towel slap some of the members in good fun. Other times, guitarist Kirk Hammet and bassist Robert Trujillo would chase each other around the stage, just proving that the band continues to love performing.

In that same spirit of having fun, Hammet and Trujillo had an additional surprise up their sleeves, as they learned that country pioneer Loretta Lynn was in attendance. While the other two members left the stage for a quick break, Hammet and Trujillo performed a quick cover –even if it did need a restart—of Lynn’s 1971 classic “You’re Looking’ at Country.”

The quick two-minute cover drew some claps, some laughs and a brief sing along from the Nashville crowd. However, soon quickly, that cover became the intro into “Dyers Eve & Anesthesia Pulling Teeth” as  Metallica returned to its heavier sound.

From the start, Hetfield told the crowd that the band would “Bring you everything from [2016’s] Hardwired… to Self-Destruct. And if you’re good enough, maybe some older stuff.”

Pink gives advice to young girls: 'Be really kind to other girls'

Well, the Nashville crowd must have been on Hetfield and the rest of the band’s good sides, because there were plenty of classics to go around on Thursday night. In fact, the focus of the Metallica’s set was on the hits that helped the rockers reach legendary status – even if some of their songs were taken literally.

It wouldn’t’ be a Metallica show without some pyro and that was never more present with the 1997 song “Fuel,” as Hetfield rang out with the opening lyrics “Gimme fuel, gimme fire, gimme that which I desire.” From there the rest of the band joined in, with literal fire shooting out from the middle of their stage, surrounding Ulrich who was stationed in the middle.

The band then gave life to the very next song, performing “Moth Into Flame” off its 2016 album. During the performance, parts of the stages opened up, and nearly 30 small drones took off and lit up soaring above the band’s head, imitating the moths drawn to a flame.

While Thursday’s show was meant to be a rocking time, it was additionally a chance for some family bonding. While there were several hardcore Metallica fans in the audience, some of them opted to bring their kids along, letting them enjoy in the experience – something that Hetfield was glad to see.

“I’m going to speak for the band, because we are, Metallica is grateful to still do this and do what we love and love what we do,” Hetfield said. “Plus, you guys show up to celebrate and enjoy life with Metallica… We are all part of the Metallica family and there are plenty of generations in the family.

“I do see old people here and that’s more than OK… There are also a lot of middle-aged Metallica family members. You know who you are. You’re here, taking names and celebrating a night off of work… There is the youth of the Metallica family… the youth is everywhere and it’s beautiful to see.”

As any band knows, you save the biggest song for last and that’s exactly what Metallica did with “Enter Sandman.” Following a quick end to 1991’s “Nothing Else Matters,” the band quickly headed into their finale and let up the Nashville arena with plenty of fireworks, ending the show in grand style.

Be honest, did you panic-buy gas during the pipeline shutdown?