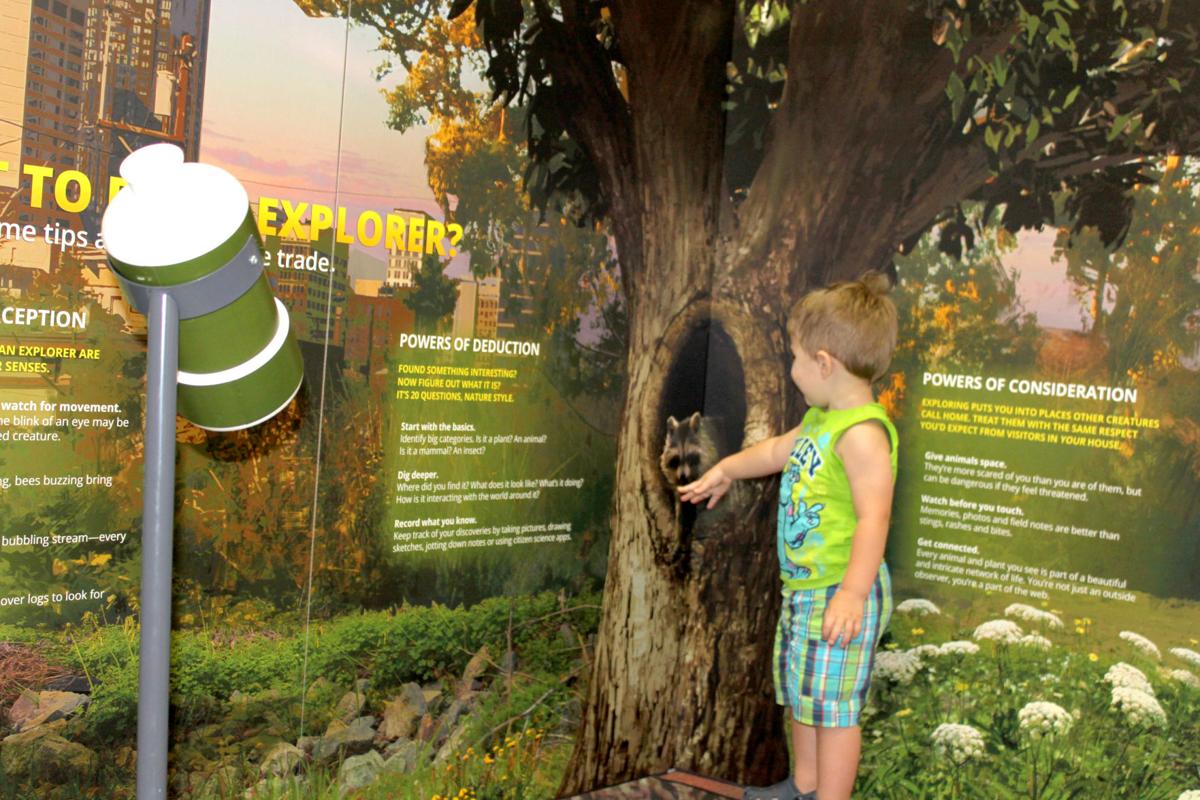 Luke Champion explored the Backyard Wilderness exhibit at Coffee County Lannom Memorial Public Library on Monday. The interactive exhibit will be on display through the end of the month. 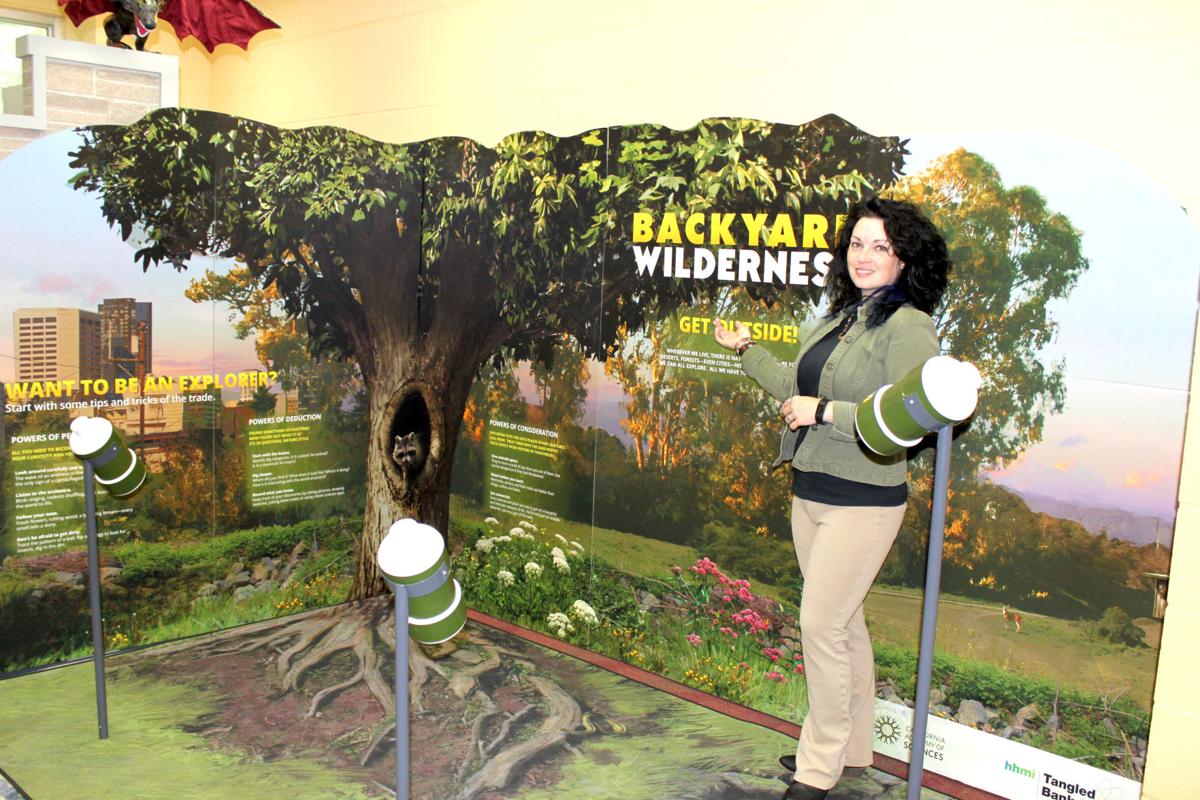 The Coffee County Lannom Memorial Public Library in Tullahoma is the first library in Tennessee to host the Explore Your Backyard Wilderness exhibit, a display designed to motivate children to take their curiosity outside.

“The Backyard Wilderness display is a temporary, eight-week display that we are hosting,” said Youth Services Program Director Leslie Warren.

Tullahoma library visitors will have a chance to see the exhibit through the end of August.

The initiative became reality thanks to the library’s partnership with Tangled Bank Studios and the California Academy of Sciences, said Warren.

The partnership between the organizations started last year, when the library was preparing for its solar eclipse event.

“This year, they asked us if we wanted to host the wilderness display,” she said.  “There was a thorough application process, and we are lucky to be one of the first libraries to get it.

“We were very excited,” she said.

“The goal of the campaign is promoting outdoor exploration for children and helping them realize that, even though they live in urban areas, there is wilderness in their backyard they need to be respectful of,” she said.

HHMI Tangled Bank Studios launched the Explore Your Backyard Wilderness outreach campaign earlier this year, in conjunction with the March release of its 3D IMAX film, “Backyard Wilderness,” screening at science museums around the country.

The outreach effort aims to instill in children interest in the outdoors, whether they live in cities or rural areas, and to give them the skills and tools they need to explore the outdoors and observe the ecosystems they live in.

Exploring nature at the library

The exhibit is set up in the play room near the entrance of the library. It allows children to go on a scavenger hunt within the library and experience the basics of scientific exploration and observation in an interactive and visual way.

“This is a scavenger hunt and all of these animals are native to Tennessee,” Warren said. “There are mourning doves, raccoons, white-tailed deer, an earthworm and local plants, such as Queen Anne’s lace and the common dandelion.”

“Then, you come over to the display, and all of those animals are hidden there,” Warren said. “The deer is in the field, a raccoon is in the tree, and the earthworm is on the tree roots.”

Children can also explore the display through “telescopes,” added Warren.

Each of the three telescopes focuses on a different animal, with a picture, the scientific name of the species and additional information.

One of the goals of the campaign is to have children collecting information to conduct studies on their own, according to Warren.

“There is an app that goes that goes along with the display,” Warren said, referring to a kid-friendly application designed by the California Academy of Sciences.  “When you use the Seek app, you can take and upload pictures, and biologists all over the world can use that data. It’s very helpful – scientists can use that data to catalog the animals and the plants we have here in Tullahoma.”

The display has attracted a number of young visitors to the library, said Warren.

“We’ve had children explore it,” she said. “It gives them something different to do here in the play room. And there is a lot of conversation about what they see in the pictures. It’s a very good conversation starter and that’s how kids start learning that nature is around us and it’s very important to keep it healthy.”

With the expansion of the Rock Creek Greenway underway, which includes a route going behind the library, Warren said the timing of the wilderness exhibit was perfect.

“We can ask the kids what they’ve learned from the display and suggest to them to explore the greenway and to use the app,” she said. “They’ll learn what they can do to help the animals.”

Warren encouraged parents to teach their children about the native species in Tennessee.

“It’s very important to show the next generation we need to take care of what’s around us because we are all sharing this earth,” she said. “This project gives them knowledge to build on when they go to school.”

Elena Cawley can be reached via email at ecawley@tullahomanews.com.