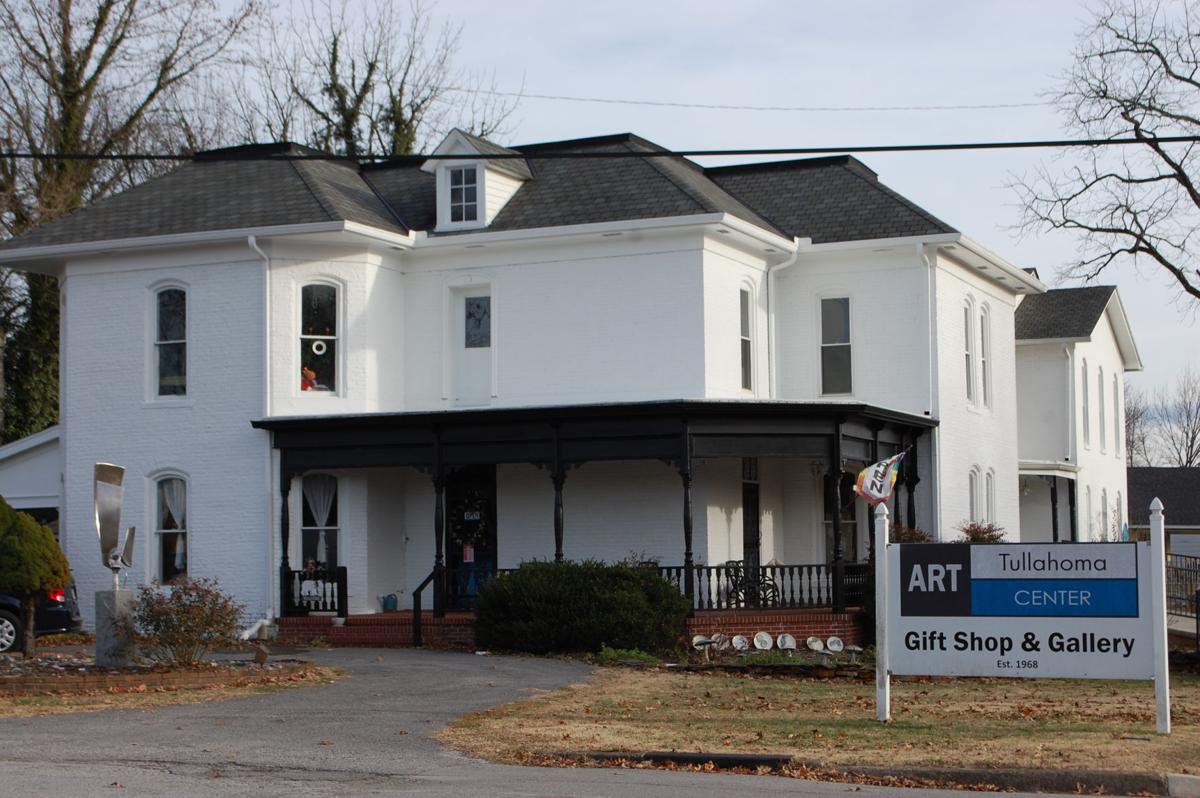 The Tullahoma Art Center is located on South Jackson and is the epicenter for all things art in Tullahoma. The center can be easily seen from the main thoroughfare as one of its more prominent walls is now adorned with a large octopus mural. 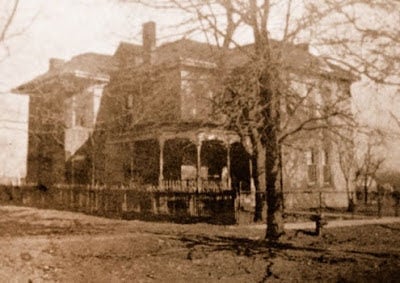 The original house that the Baillet sisters lived in dates back to the 1800s. It was built on a lot that served as a hospital during the Civil War. A human skeleton was found on the grounds back in 1992 when there was an expansion of the Art Center. 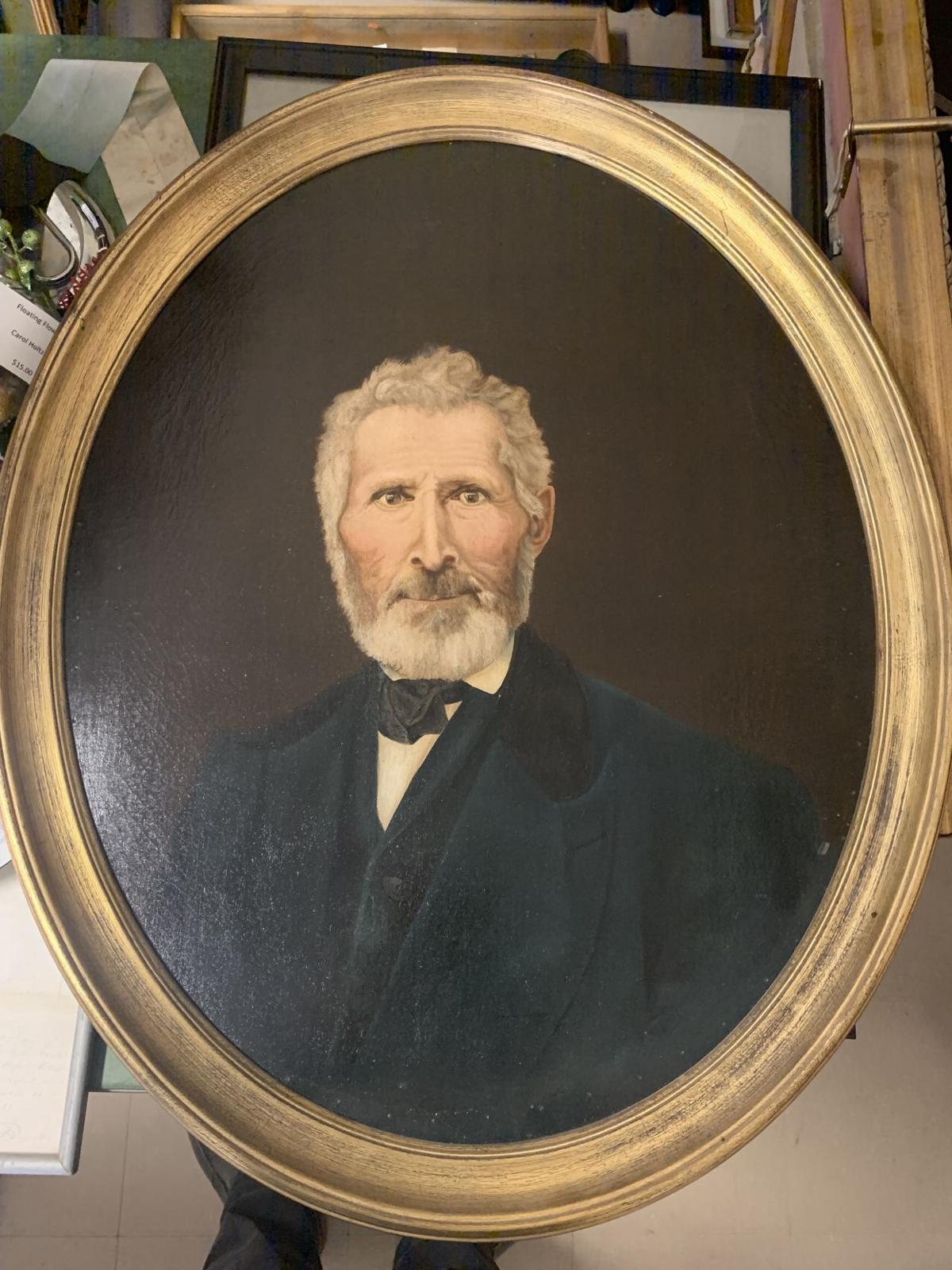 Visitors can see a painting of Felix Eugene Baillet, father of the Baillet sisters, during a walk through the historic building. 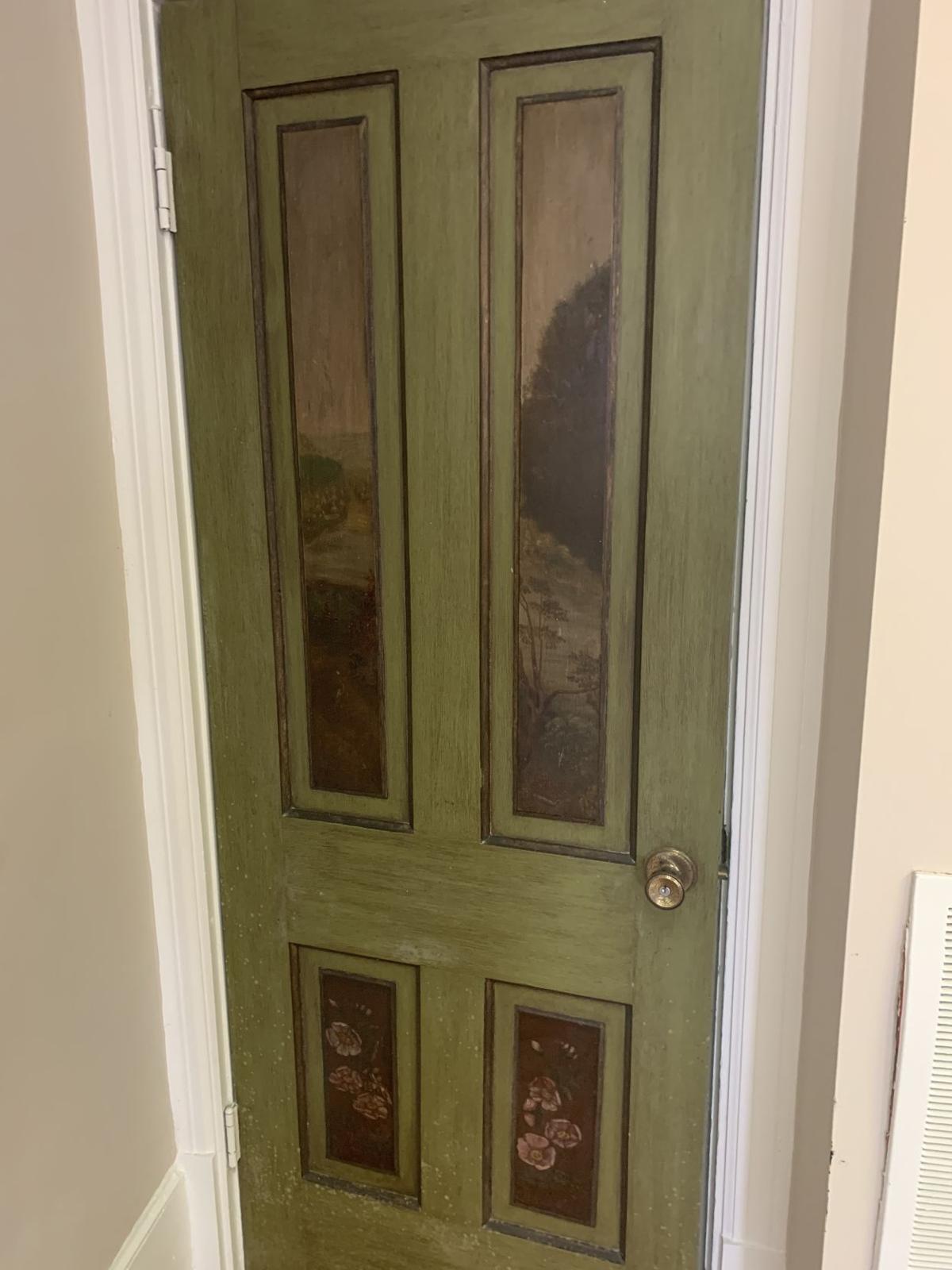 The door in the main lobby is one of the original pieces of the house that can be seen in the art center. The door was painted by Jennie Baillet. 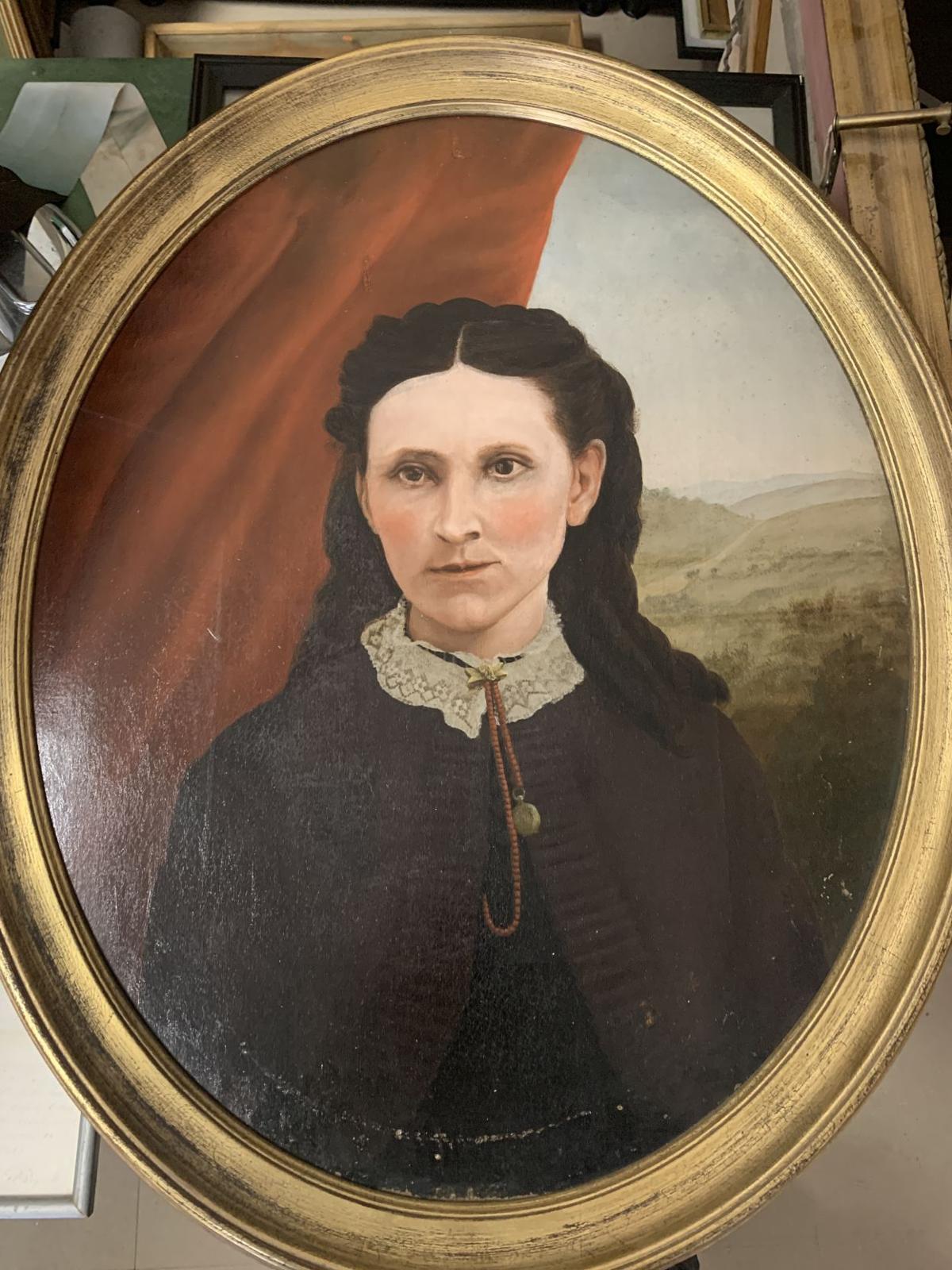 A painting done by Jennie Baillet hangs inside the art center. It is not known which sister the painting is based on as there is no paperwork to provide that information. 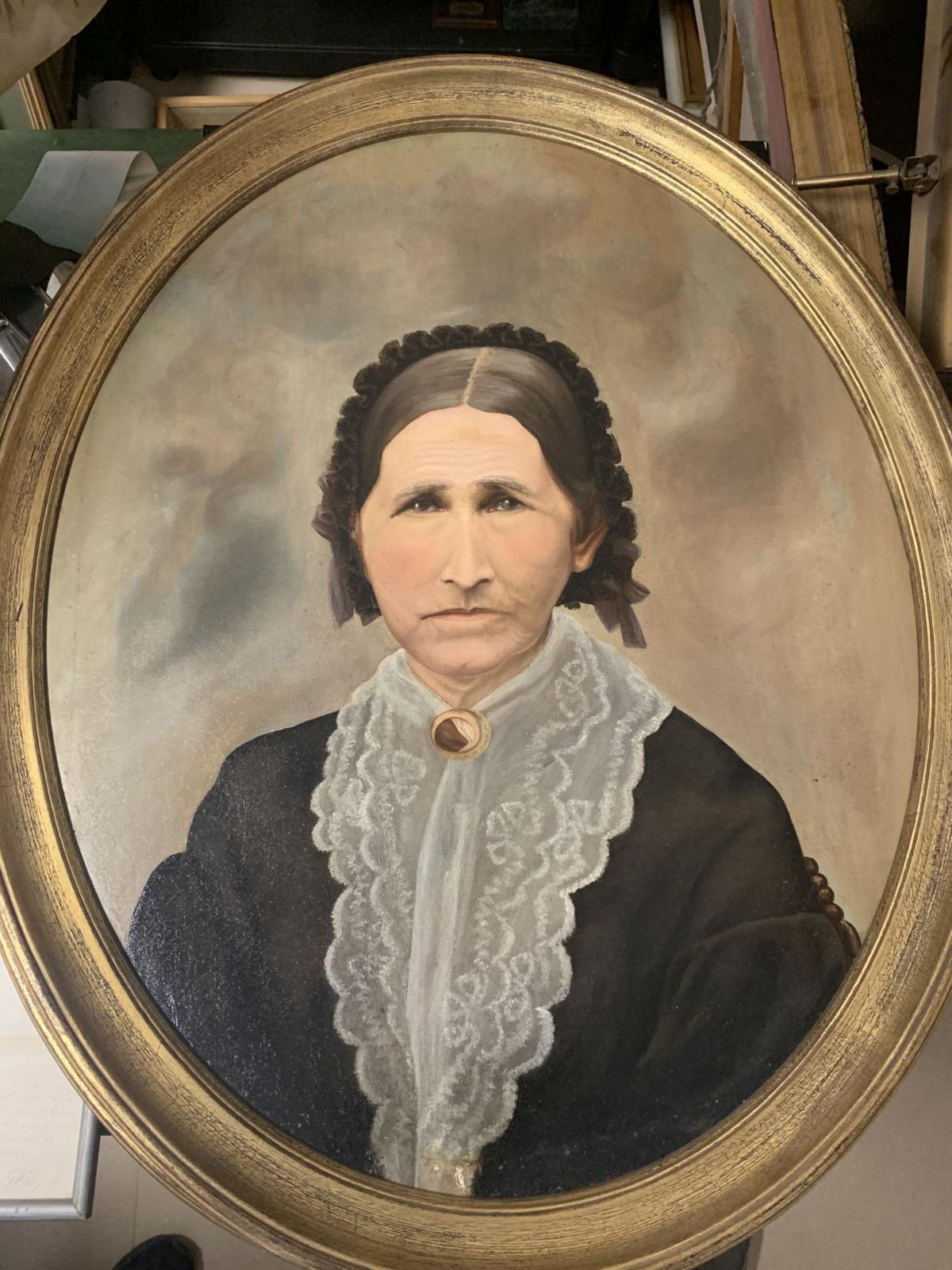 There is also a painting of Affa Whittcomb Baillet hanging in the center. She was the mother of the Baillet sisters and the painting was done by Jennie Baillet.

In the 160-plus years of Tullahoma’s history, there has been many buildings to come and go as the city grew into what it is today. Most of those dating back to the 1800s have long since been removed to make room for progress. The Tullahoma Art Center is the exception. It can easily be spotted, not only by the Tullahoma Art Center sign in its front but also the octopus mural that adorns one of its Jackson Street-facing wall.

Its history starts after the end of the Civil War. Felix and Affa Baillet brought their daughters Jennie, Emma, and Affa Ann Baillet with them on their journey from Cattaraugus County, New York, to their new home in Tullahoma during the Reconstruction era in 1868. The house was built with brick they brought with them from their brick company in New York. It became one of the first brick houses built in Tullahoma.

All the sisters were talented artists, as art was one of the few activities women could take part in while helping with the design of the house. The sisters soon opened a millinery shop, where the Citizens Tri-County Bank near the police station stands today, making them the first women business owners in the county.

“They started their millinery business because that was an acceptable thing for women to do at that particular point in time,” said the Executive Director of TAC Pauline Steinbrink.

According to Steinbrink, Jennie focused on paintings, which can still be seen at TAC, while Emma and Affa ran the millinery shop.

Aside from art, the sisters were involved with the community with their charitable deeds and in “political affairs, public reforms and progressive movements of all kinds,” including the Woman’s Christian Temperance Union and the Equal Suffrage League.

All the sisters lived together in the Baillet home until the last sister’s death in 1934. None of them ever married.

In 1968, which was the 100-year anniversary of the Baillet sisters’ arrival, a group of art devotees came together and bought the lot and house before it could be torn down.  The home was renovated to become an art center and opened three years later.

Changes to the home include a part of the ceiling was removed in order to open up the upper gallery to be viewed from the ground floor, ceilings were lowered and the outside carriage house was converted into the ceramics room.

Expansion continued in 1992, when TAC was expanded with an upper gallery and grew the classrooms, office and storage space.  According to Steinbrink, construction had to stop due to finding human remains from the Civil War.

“When they were adding on in 1992 they had to stop constructing for a short period of time and had call to people to come in and excavate the site and get the skeletal remains and things that were discovered,” said Steinbrink.

It is believed the lot was the location of a Civil War hospital during the Tullahoma Campaign in 1863.

Both staff and guests believe that the remains found along with the dearly departed members of the Baillet family explain some of the alleged spirits that haunt the art center.

“People always notice the weird little things that go on but there are specific things like the smell of gun powder, the smell of cigar. There’s been numerous children that have come in and asked about the man in the wheelchair sitting next to the piano. It’s always a child that asks about the man in the wheelchair,” said the President of TAC Beth Thames.

Thames and Steinbrink suspect the old man in the wheelchair is the father of the Baillet sisters as he was wheelchair bound later in his life.

The most common occurrence is the random smell of cigar smoke.

Steinbrink said, “Sometimes, even at the reception desk, you’re sitting there and there’ll be nobody else in the building and all of the sudden you’ll get this very strong smoke smell. And you’ll go ‘Where is it coming from?”

Remnants of the old house are still apart of the art center. When going past the double doors in the reception area, guests can see some of the original brick of the house that attaches to the newer part of the building.

TAC has the sisters’ artwork, old documents of the time, hats from their millinery shop and photos of the house and family available for guests to see.  Guests are required to wear gloves as they look at some old newspapers, drawings by the sisters, hats sold in the millinery shop, pictures of the Baillet family later in life, and even the diary of Affa Ann Baillet, where she kept clippings of old articles and scriptures.

Some of the artwork is not on display. The portraits of the family had to be moved to the archives to protect them from damage of recent renovation work done at TAC. Guests can also see some of the paintings on the walls and even see the door done by the sisters in one of the main rooms.