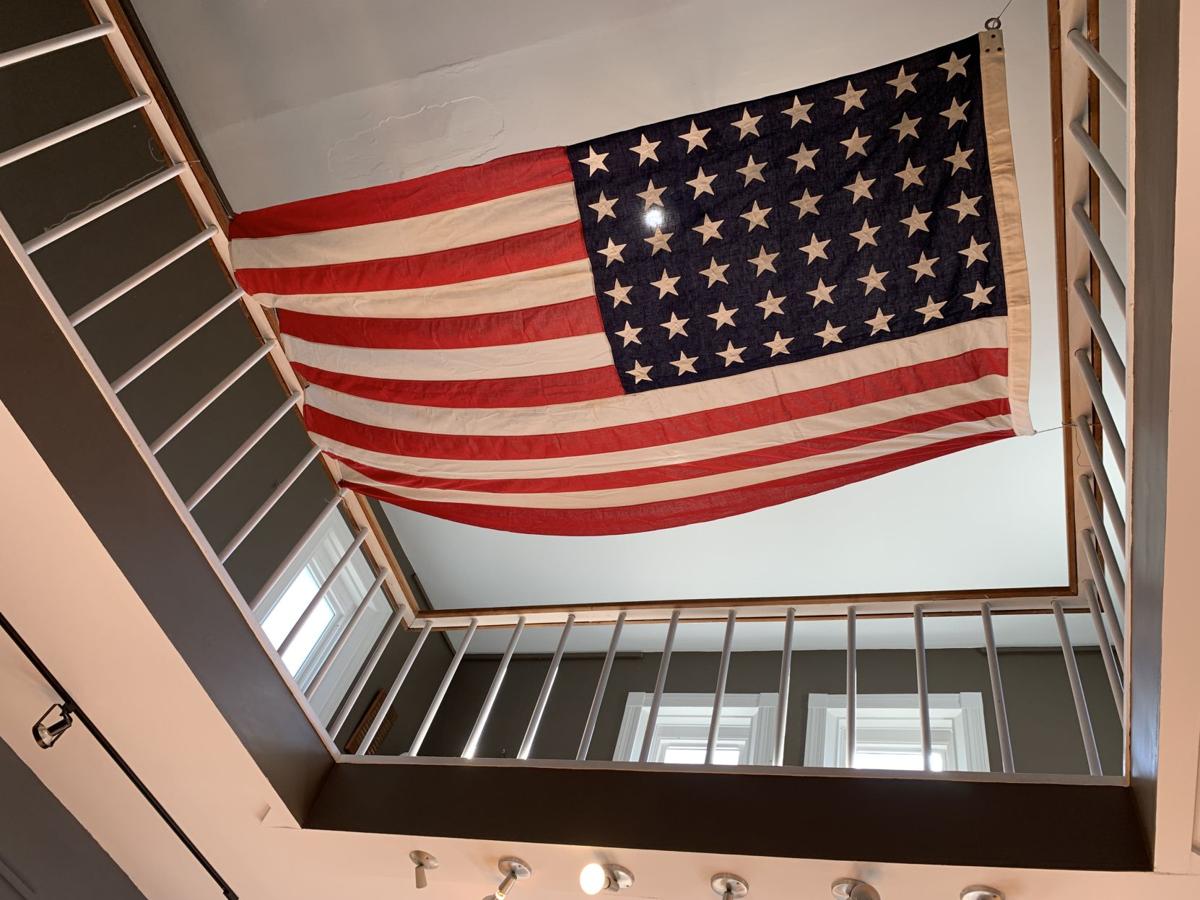 The American flag on display from above the first exhibit hall of the Camp Forrest Gallery now on display at the Tullahoma Art Cneter. Some attendees may not realize it is there until they look up. 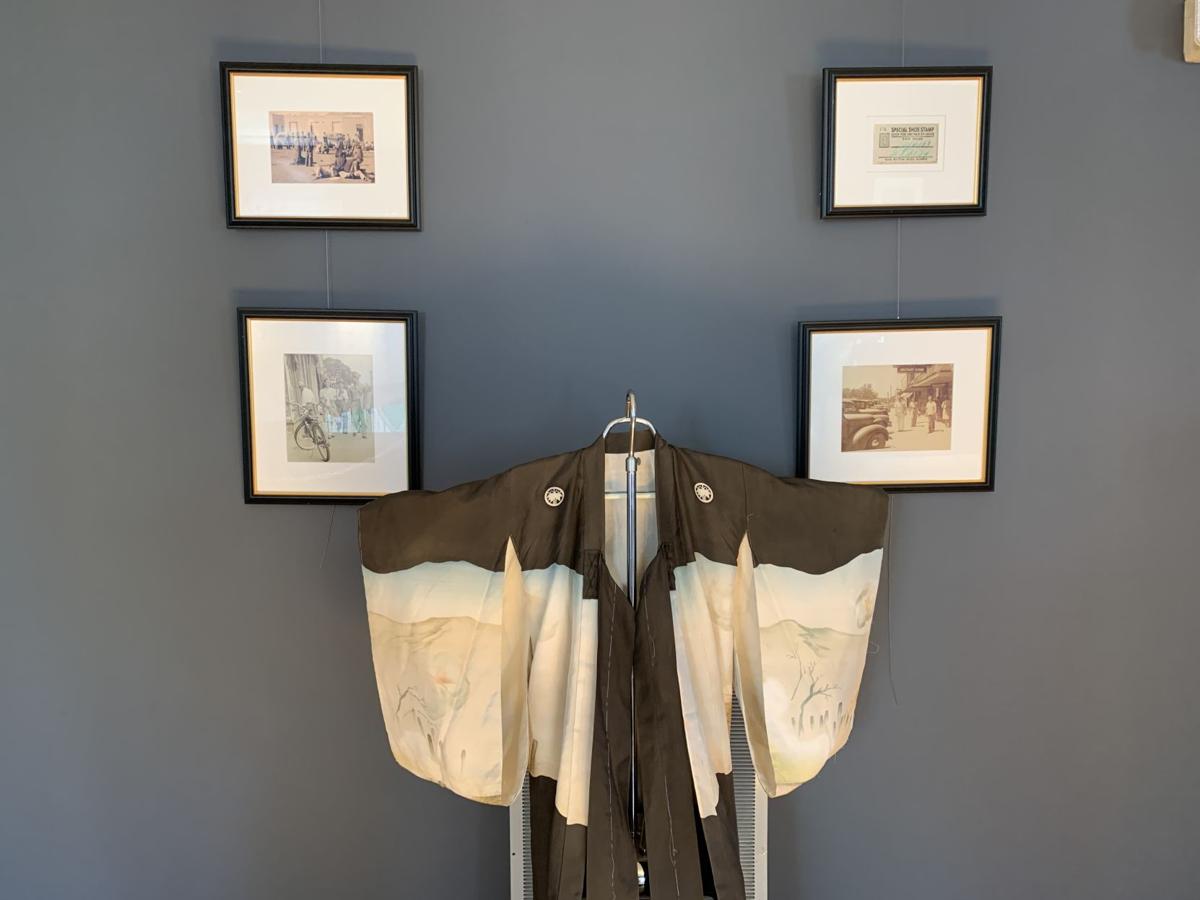 A kimono made in Japan is on display as part of the historic Camp Forrest collection. 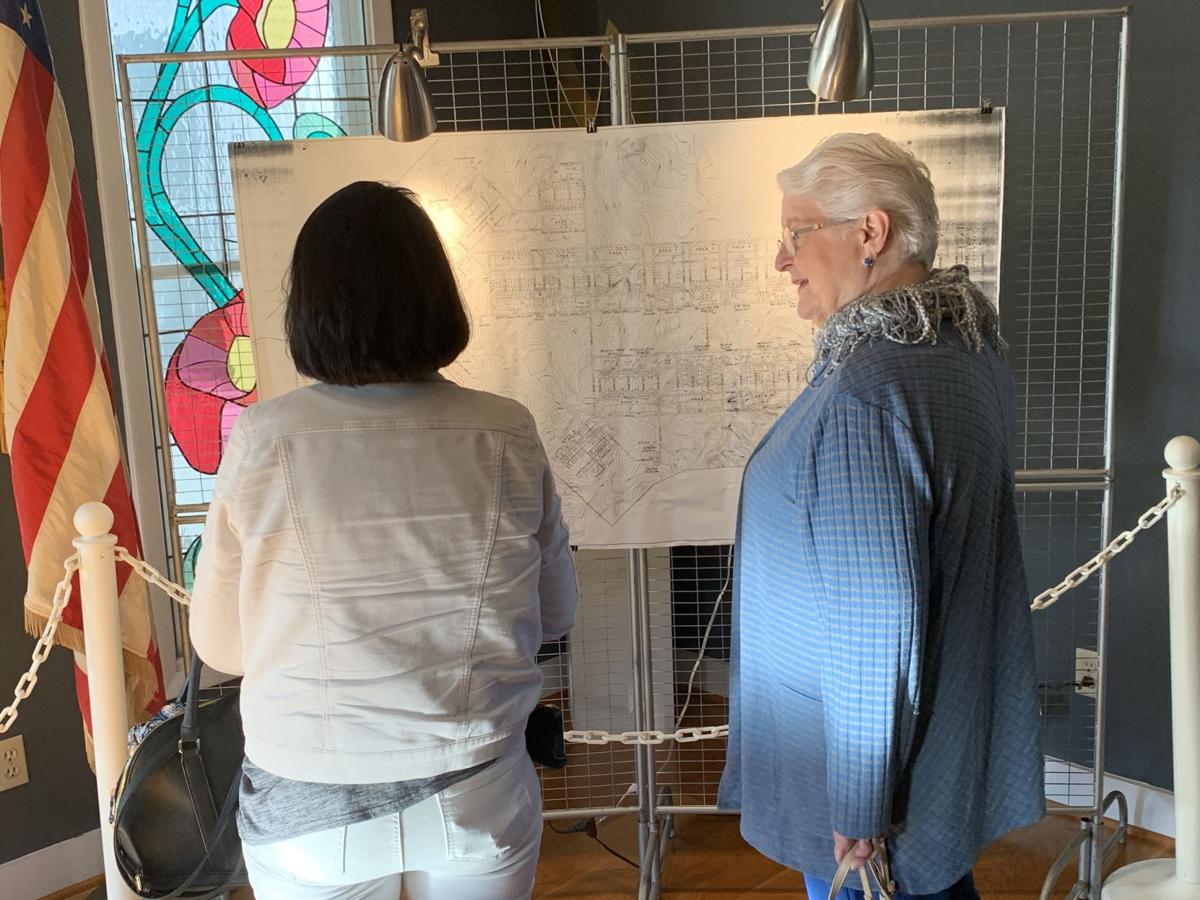 Dot Watson and the author of “Voices of Camp Forrest in World War II” Elizabeth Taylor talk about the map of the base on display in the gallery. 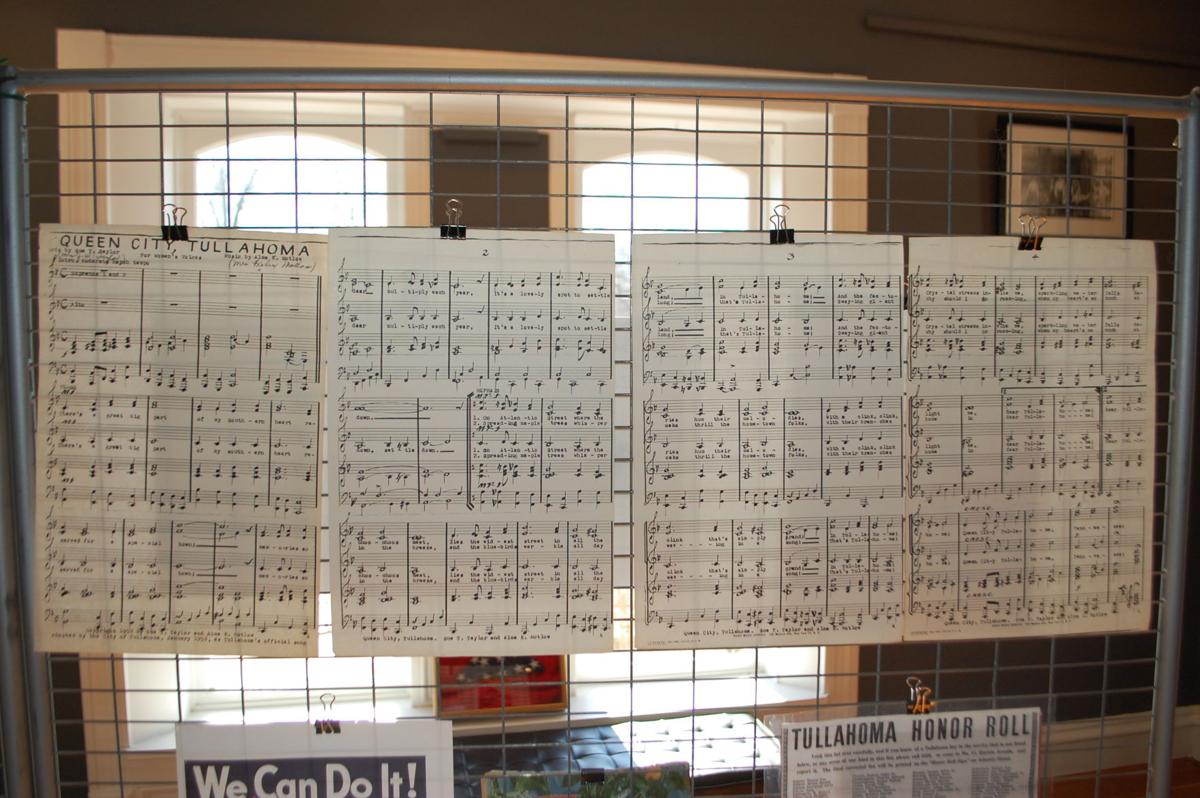 Sheet music of “Queen City, Tullahoma” which was written for when President Harry S. Truman visited Tullahoma stretches across a display case at the art center. 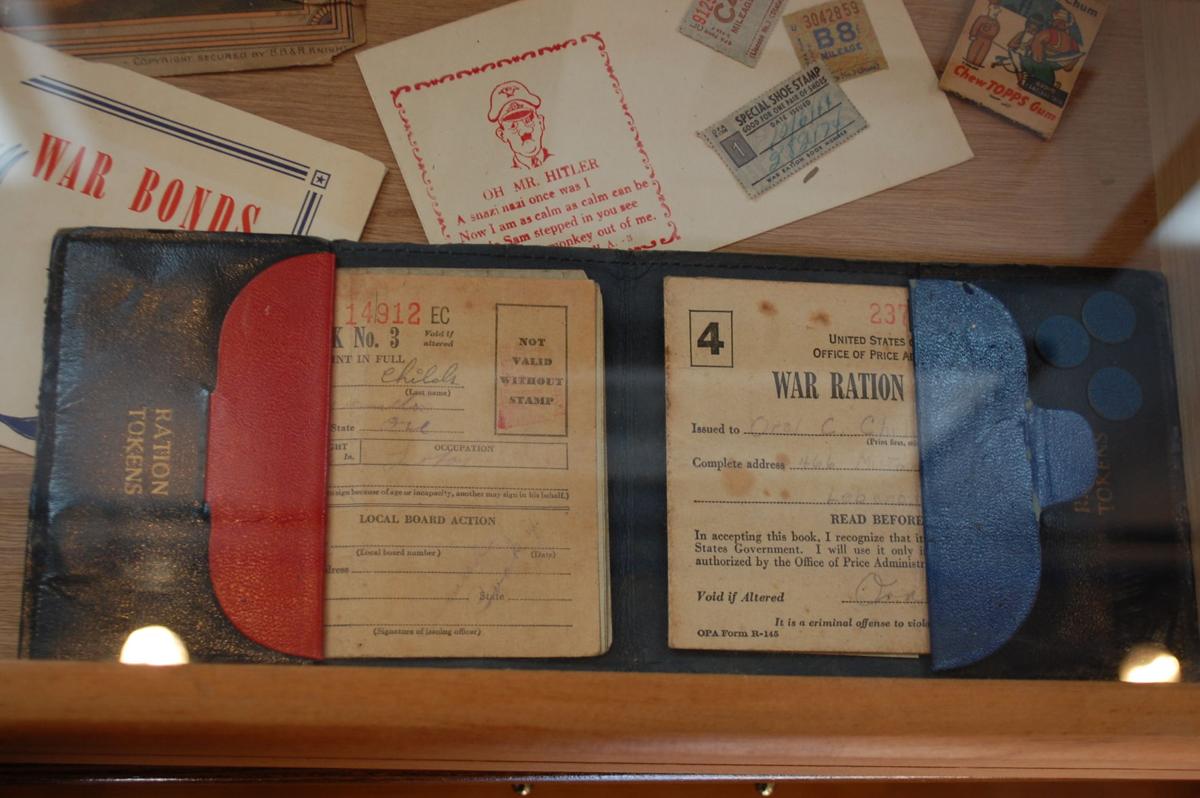 The Tullahoma Art Center’s March opening saw a big turnout for its main gallery focusing on Tullahoma’s past.

For the month of March, the main exhibit gallery at the Tullahoma Art Center (TAC) will focus on Camp Forrest with pieces from the art center’s private archives.

President of the TAC Board of Directors Beth Thames said she doesn’t have knowledge of how the art center became owners of the collection or when they came into possession of the pieces. She believes that someone thought the items were important enough to have stored somewhere and brought the pieces to the art center. She added what is currently in the gallery represents about a quarter of their collection.

The pieces now on display showcase a by-gone era of Tullahoma. Some of the photos show what businesses were active in Tullahoma as far back as the late 1800’s, including photos of Clayton’s Shoe Store, Couch’s Grocery and what the main business section on Lincoln Street looked like. Other photos include soldiers, POW’s in the camp and Tullahoma citizens standing in unison for Victory over Japan Day in 1945 when Japan surrendered.

The exhibit drew a big, high energy turnout of attendees, including Tullahoma Mayor Lane Curlee who told Thames he kept hearing about how good the galleries have been. Among other dignitaries on hand for the opening of the exhibit was the author of “Voices of Camp Forrest in World War II (Military)” and “Camp Forrest (Images of America)” Elizabeth Taylor.

“Lots of nostalgia and memories were shared. Several people who have lived in town for many years attended and commented on remembering buildings and places,” said Thames.

Thames said TAC will continue to do a history exhibit from their archives at least once a year.

Some of the stand out items on display in the gallery include propaganda fliers, a plate made by a former German POW Walter Lorenz, the sheet music of “Queen City, Tullahoma”, a kimono made in Japan from the time period, drawings of President Truman during his visit to Tullahoma and a large scale map of Camp Forrest.

Camp Forrest was a military training base near Tullahoma between 1941 through 1946. It was considered to be one of the largest training bases during World War II. The camp was founded in 1926 and was renamed from Camp Peay, for Gov. Austin Peay, to Camp Forrest after Civil War Cavalry Confederate General Nathan Bedford Forrest. In May 1942, Camp Forrest officially became a prisoner of war camp where it housed Italian and German POWs. The prisoners became laborers in the hospitals and on farms in the local community.

During the 1940s, the camp expanded to 85,000 acres and helped Tullahoma’s population skyrocket. More than 20,000 workers came to the area for the construction phase which employed about 12,000 civilians and was home to 70,000 soldiers.