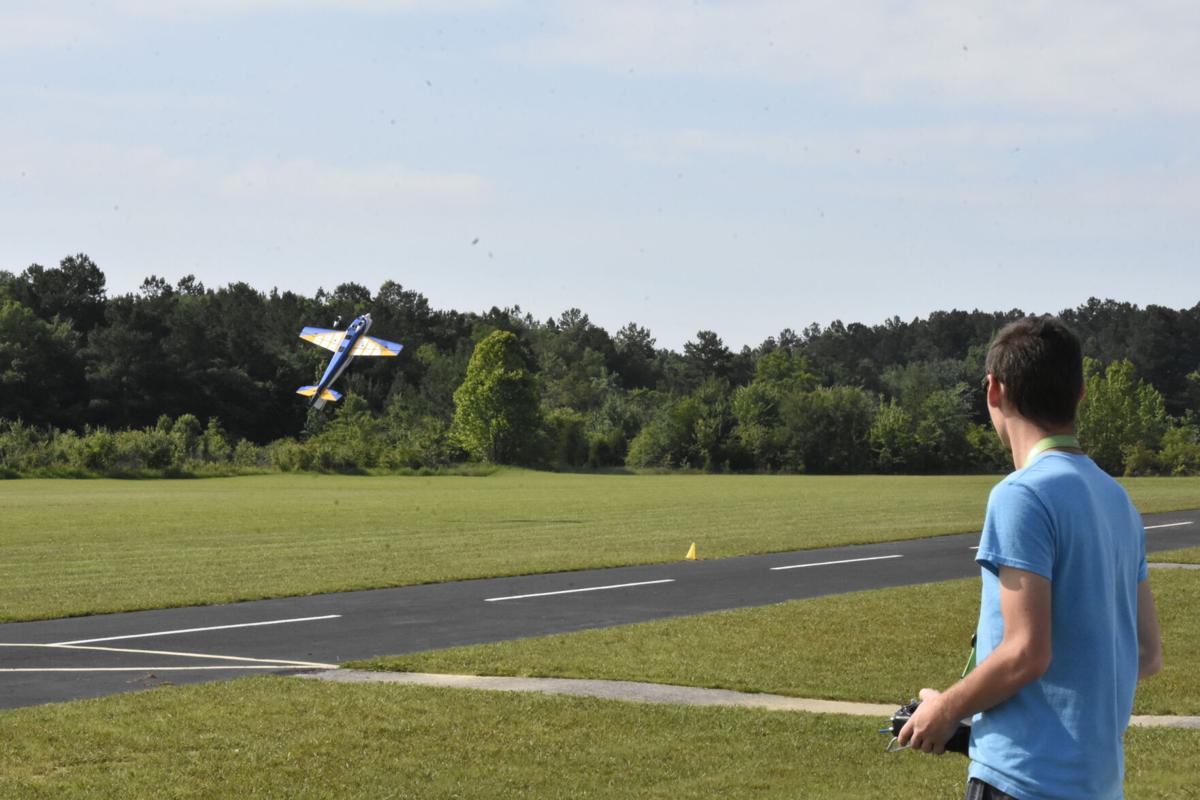 Nicholas Amelang puts on an RC aerobatics demonstration during the STEM event hosted by the Coffee Airfoilers Model RC Club. 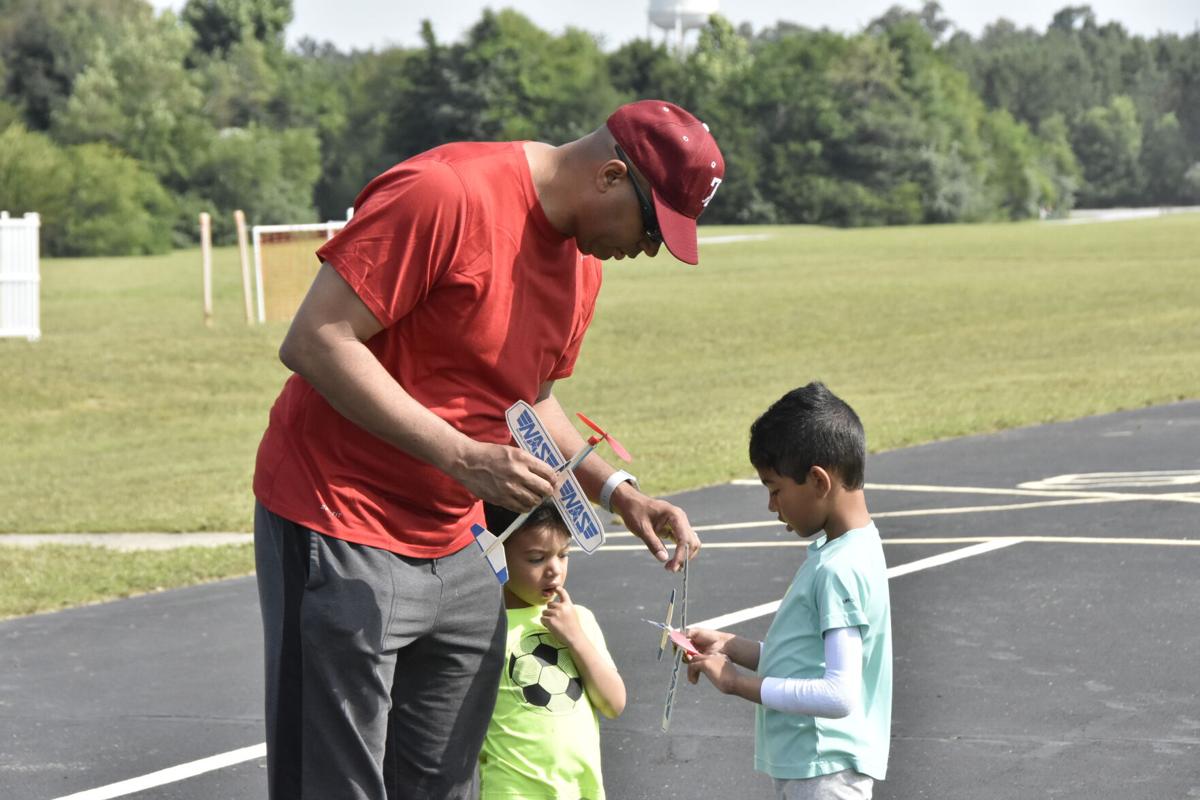 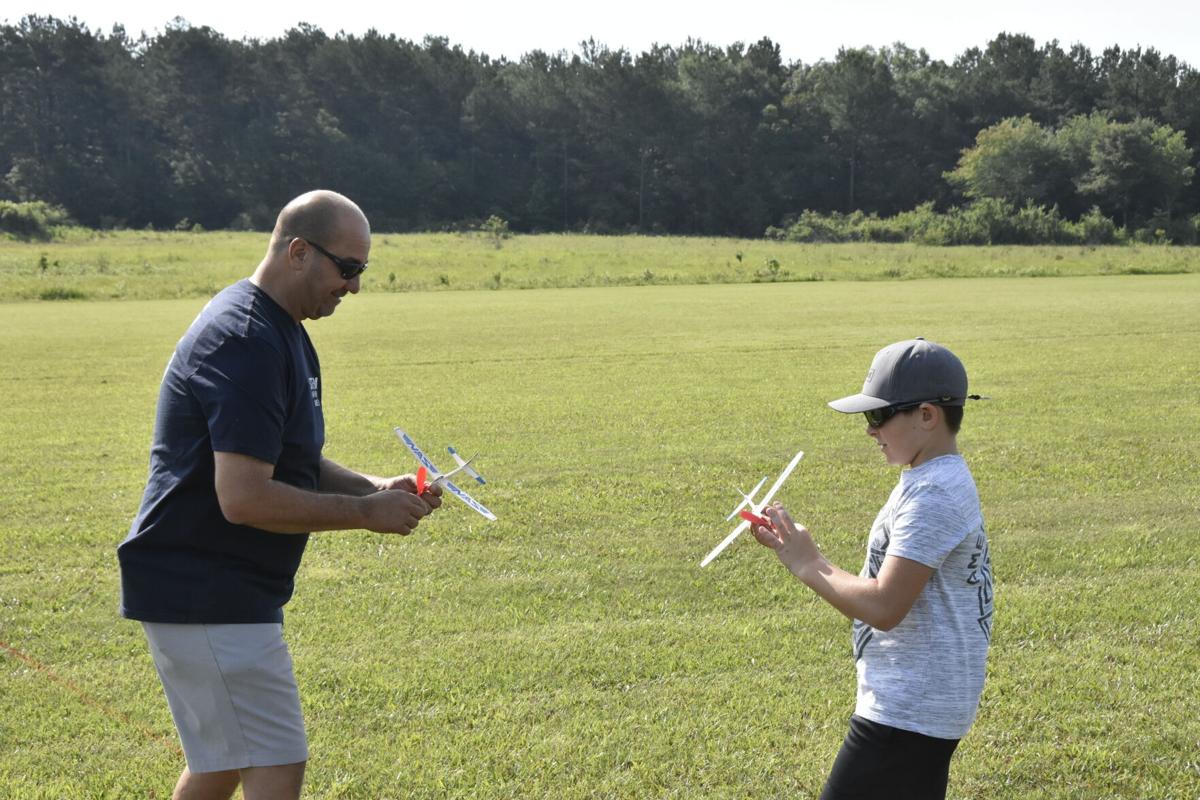 Larry Raydo, left, gives Bryce Spencer some advice on how to achieve a longer flight from his balsa wood airplane during the June 26 event hosted by the Coffee Airfoilers Model RC Club to coincide with the Arnold Engineering Development Complex 70th anniversary celebration. 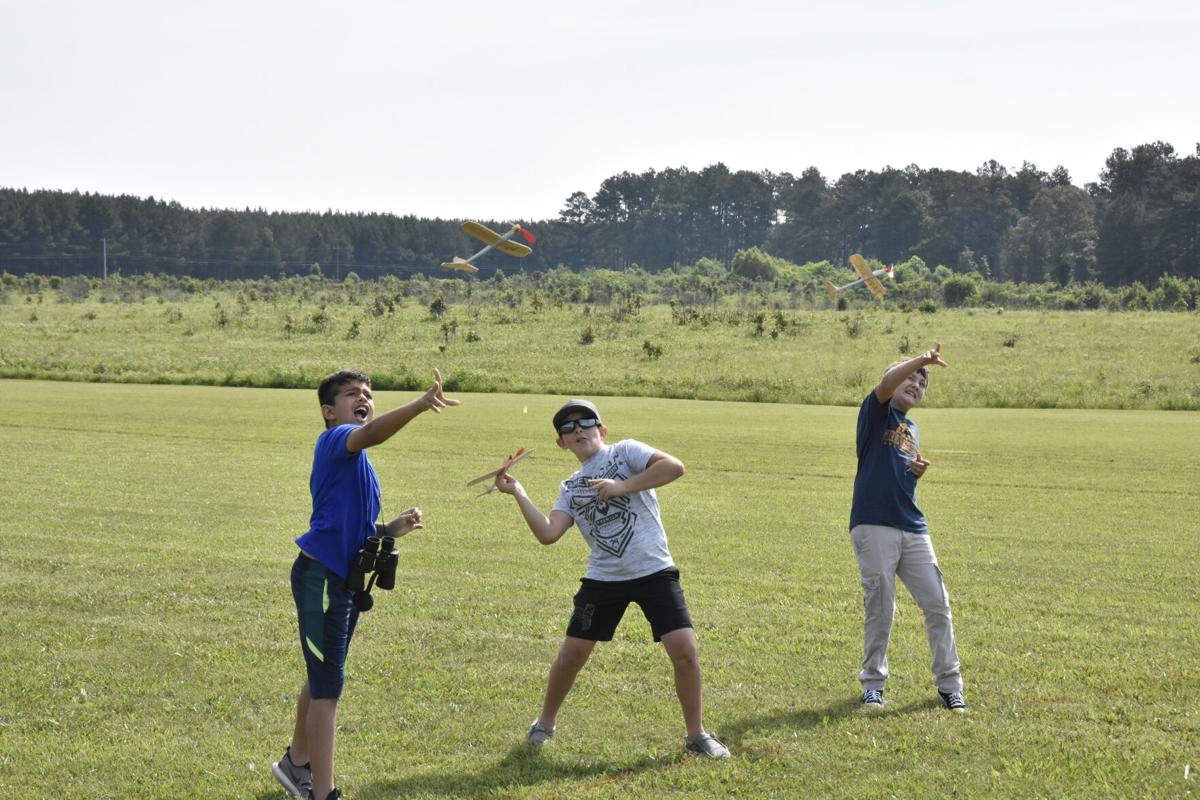 Nicholas Amelang puts on an RC aerobatics demonstration during the STEM event hosted by the Coffee Airfoilers Model RC Club.

Larry Raydo, left, gives Bryce Spencer some advice on how to achieve a longer flight from his balsa wood airplane during the June 26 event hosted by the Coffee Airfoilers Model RC Club to coincide with the Arnold Engineering Development Complex 70th anniversary celebration.

To coincide with the Arnold Engineering Development Complex 70th anniversary celebration at Arnold Air Force Base, the Coffee Airfoilers Model RC Club invited youngsters in the community to come out and try their hand at flight.

This event was held to promote science, technology, engineering and mathematics, or STEM, among its participants. The competitors assembled small balsa wood airplanes, with top prizes going to those whose planes flew the farthest from the launch line. Students taking part were allowed practice throws before making official tosses, allowing them to do a little problem-solving and make modifications to their planes in the pursuit of maximum distance.

Don Cleveland, Coffee Airfoilers president, said the event was intended to boost interest in the remote control, or RC, hobby and introduce the children to fields they could potentially pursue as careers.

“We hope that the kids get awareness of not only RC but of aeronautics in general,” he said.

The event also featured a digital flight simulator, providing attendees a risk-free way to take a crack at navigating an RC plane. Those present also had the opportunity to take control of an actual RC plane with assistance from Coffee Airfoilers Club instructors.

On hand for the event was 16-year-old Nicholas Amelang, who cut his teeth at the Coffee Airfoilers Field and is now a national RC champion. The local teen recently took first place in the intermediate division at an RC aerobatics competition held at the Academy of Model Aeronautics headquarters in Muncie, Indiana. That competition was designed to mimic full-scale aerobatics, and participants were judged on how well they completed a flight pattern developed by the organizers.

Those in attendance looked on as Amelang displayed the RC prowess that earned him national recognition, putting on an aerobatics demonstration during which he made his RC plane loop, twirl and soar at various speeds and altitudes above Airfoilers Field.

Amelang, was around the same age of several airplane toss participants when he took up the hobby of RC flying after being introduced to the pastime by his grandfather about six years ago.

“It’s awesome,” Amelang said of the event. “I love seeing the kids getting into this. It’s good to see new people.”

Cleveland said club involvement among youth is already fairly strong, as many of the younger flyers were introduced to the world of RC by family members.

“We have a lot of third- and fourth-generation flyers here,” he said.

AEDC Commander Col. Jeffrey Geraghty was in attendance to congratulate the airplane toss winners and present them with their medals. Geraghty expressed his appreciation to those who came together to make the event happen.

“We’re extremely thankful that the Coffee County Airfoilers put this event on to get our youth connected to a really tangible aspect of airpower,” he said. “This is the type of thing that gets the kids excited about things that could connect them to the mission we do at AEDC. It was a beautiful day to come out and throw airplanes or try to practice flying remote control airplanes, and we’re thankful to have so much support from the community to help put this on.”

While this was the first STEM-focused event the Coffee Airfoilers hosted, Cleveland said it won’t be the last. The club is planning to hold a similar event in the fall.

Do you remember where you were when the twin towers came down?