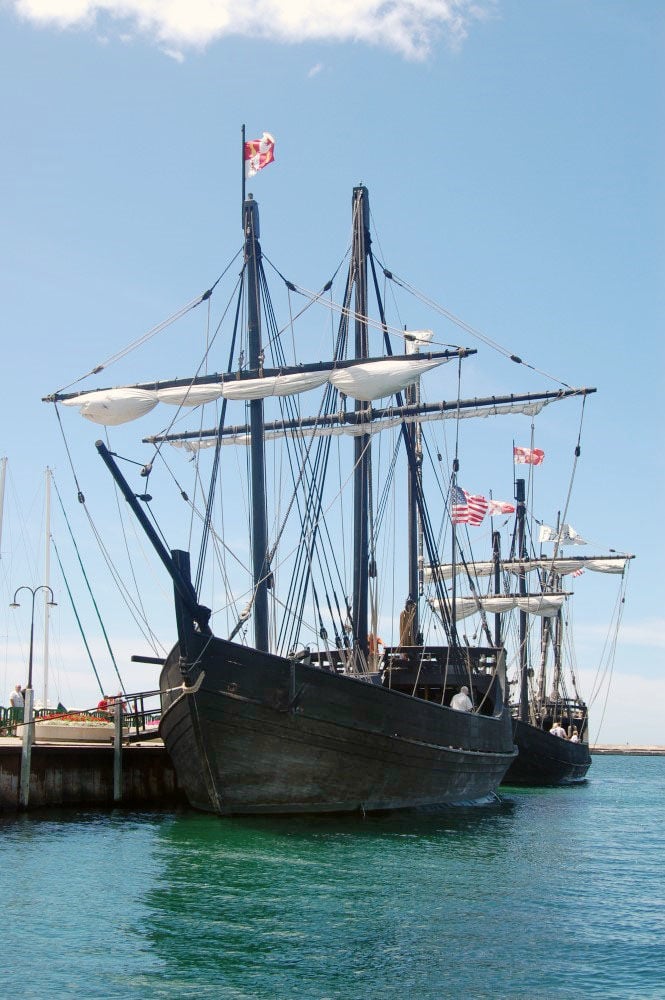 Replicas of Columbus caravels Niña and Pinta are available for touring in Huntsville through Aug. 14. 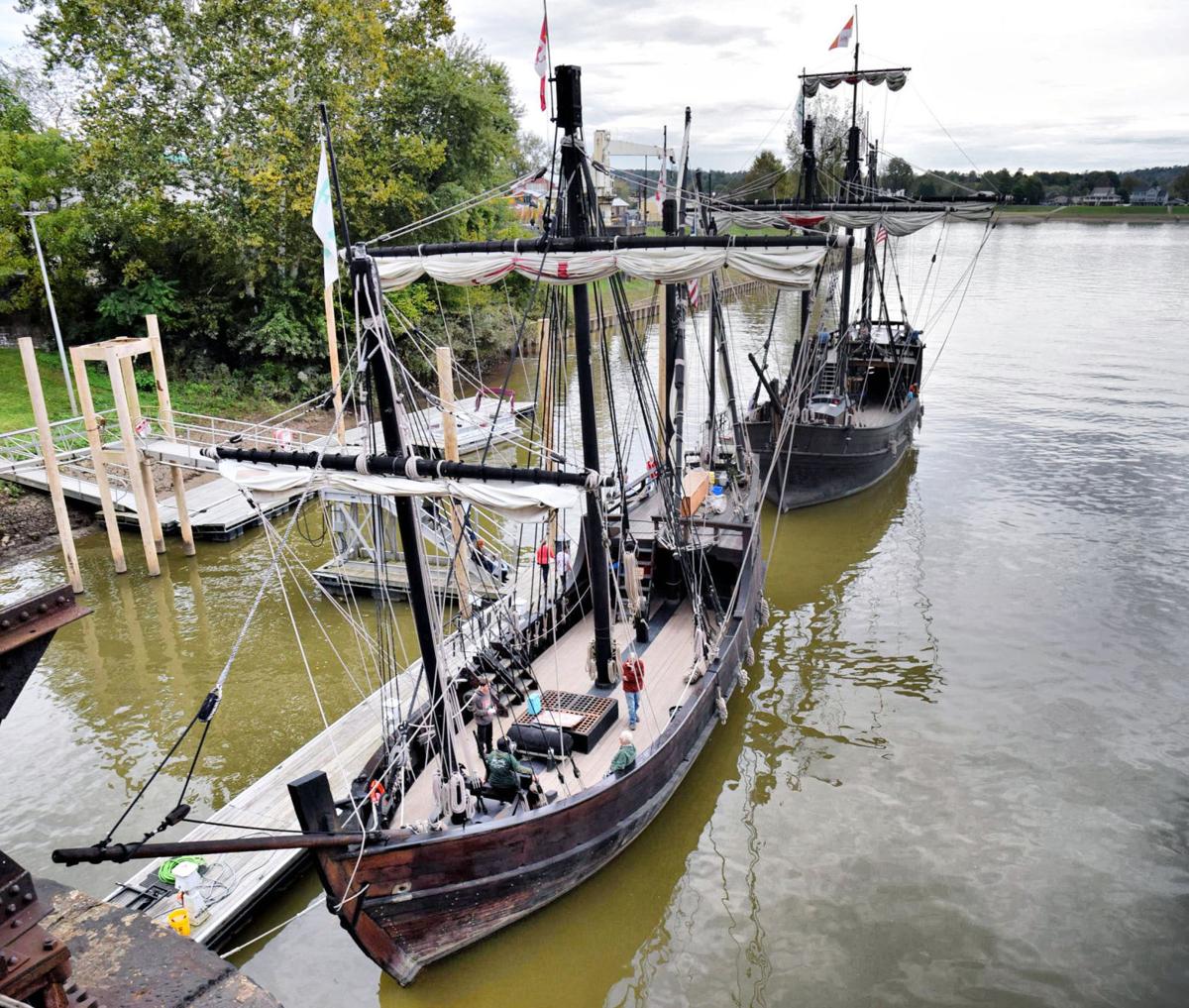 Replicas of Columbus caravels Niña and Pinta are available for touring in Huntsville through Aug. 14.

Calling all history buffs: Two iconic pieces of American history are docked on the Tennessee River just 50 miles south of Tullahoma in Huntsville’s Ditto Landing. Replicas of Columbus’ ships the Niña and Pinta docked Thursday and will be berthed there, open daily for tours, through Wednesday morning, Aug. 14.

The Niña is a replica of the ship on which Columbus sailed across the Atlantic on his three voyages of discovery to the new world beginning in 1492. The tiny ship sailed more than 25,000 miles under Columbus’ command. That ship was last heard of in 1501, but as a “floating museum,” the new Niña and its companion ship have a different mission: to educate the public and school children about the boats that sailed to discovery.

Both replica ships are caravels - small, highly maneuverable sailing ships developed in the 15th century for exploration along the West African coast and into the Atlantic Ocean. The Portuguese ship, used by Columbus and other early explorers, is considered by historians to be the Space Shuttle of the 15th century.

The Columbus Foundation’s Niña was built completely by hand and without the use of electric tools.

American engineer and maritime historian John Patrick Sarsfield began building the ship in 1988, having discovered a group of master shipbuilders in Bahia, Brazil, who were still using design and construction techniques dating back to the 15th Century. In Valenca, Brazil, the Sarsfield Niña was built from naturally-shaped timbers from the local forest, using only adzes, axes, hand saws and chisels.

The hull was complete by 1990, but the ship had yet to be rigged when Sarsfield was tragically killed that year in a traffic accident.

British maritime historian and project researcher Jonathan Nance stepped up to produce a sail plan for the ship to represent how the ship would have appeared during the eight recorded years following her departure from the Canary Islands in Sept. 1492.

When the ship was finished, Archeology magazine called it “the most historically correct Columbus replica ever built.”

The Niña left Brazil with an 11-man crew and sailed to Costa Rica on a 4,000-mile unescorted maiden voyage to take part in the filming of director Ridley Scott’s epic historical drama “1492: Conquest of Paradise,” released in 1992.  Since then, she has visited more than 300 ports in the U.S. and continues to “discover” new ones.

The newer Pinta, an authentic replica launched from Valenca in 2005, was built to accompany Niña on her travels. Also built by Portuguese shipwrights, it took 20 men 36 months to complete the Pinta, a larger version of the archetypal caravel.

The two ships tour together as a sailing museum, visiting ports all over the Western Hemisphere.

The public is invited to visit the ships for a walk-aboard, self-guided tour while the ships are at port at Ditto Landing, 293 Ditto Landing Road Southeast, in Huntsville.

The Columbus Foundation, based in the British Virgin Islands, receives no funding from government agencies or private foundations.  It is supported entirely by the fees paid to tour the ships.

The Huntsville stop is the closest the ships will get to Tullahoma, but those who are unable to fit a day trip into the next week or so aren’t completely out of luck: For the remainder of the fall season, the ships will dock within a relatively short driving distance.

From Huntsville, the ships next stop in Guntersville, Alabama (85 miles). In September, they will port first at Fort Loudon Marina in Lenoir City (147 miles) then at Calhoun’s on the River in Knoxville (163 miles) before sailing closer again in October, with a scheduled port at Chattanooga Pier (85 miles) in Chattanooga.

For more information or to schedule a group tour, visit www.Niñapinta.org.

What: The Nina and Pinta self-guided tour