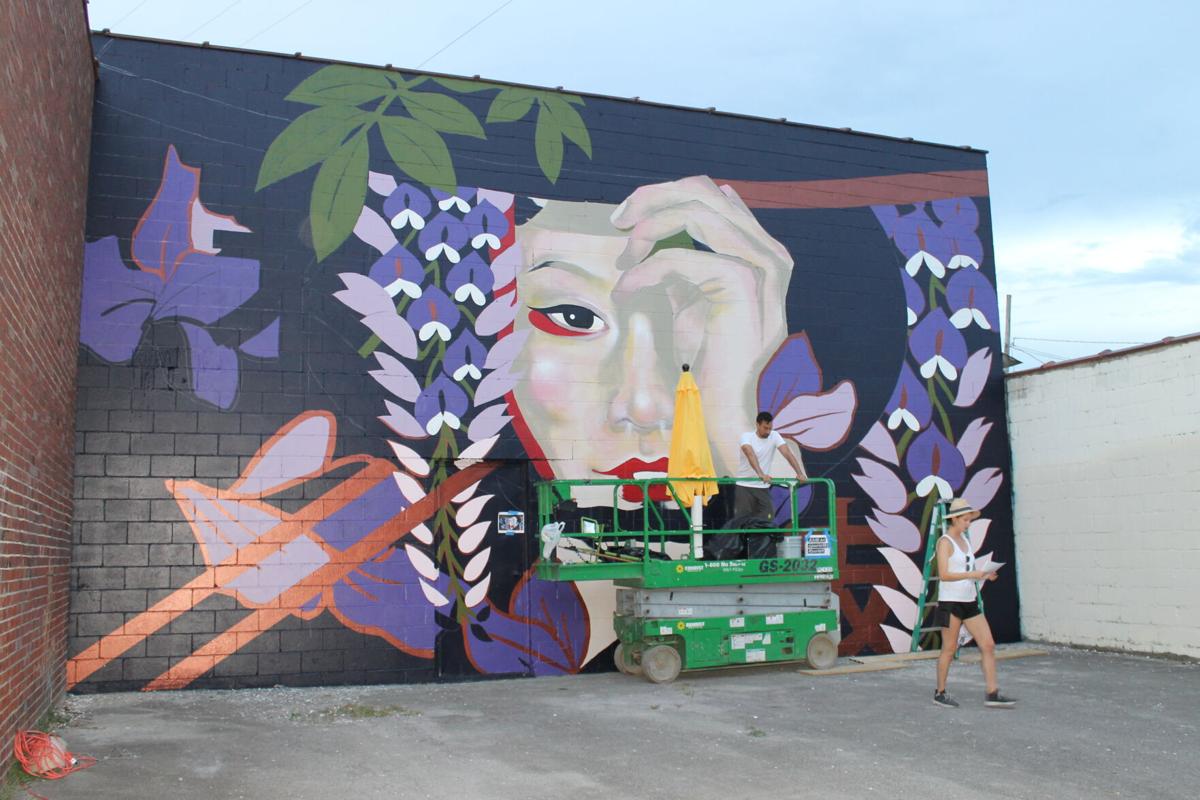 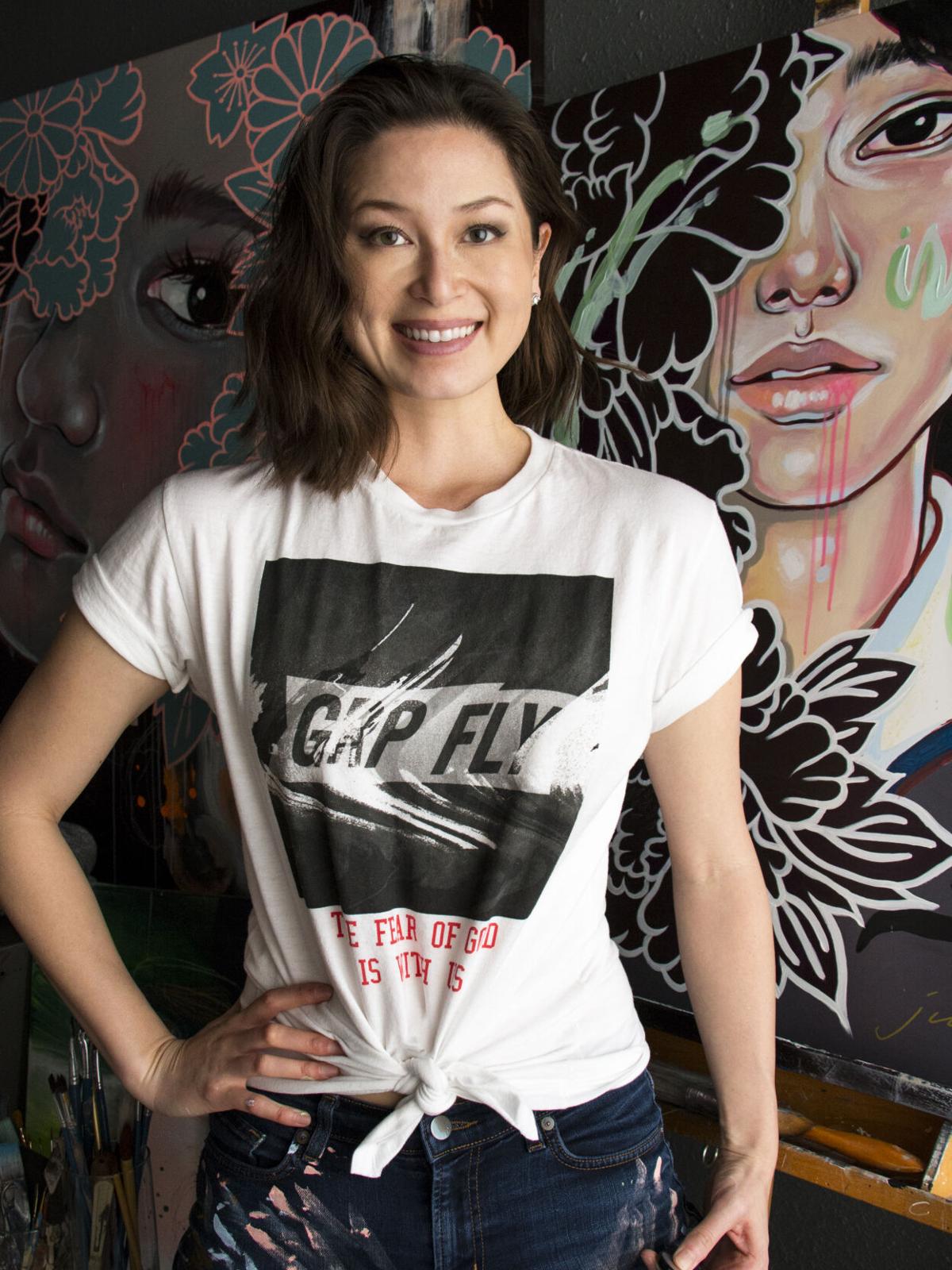 A statewide mural festival has its roots right here in Tullahoma.

Starting July 18, eight different female artists have been spending time in various locations across the Volunteer State creating new murals in time for the centennial anniversary of the 19th Amendment’s ratification Aug. 18, 1920.

This project focuses exclusively on capturing female creative energy for artistic placemaking in communities in need of joy, hope and color during the centennial year, according to Luna.

The mural project, inspired by the fight for women’s suffrage, will conclude in the state’s capital city on the Aug. 18 anniversary.

The artists come from all over the county, including Oklahoma, Florida and Ohio, according to Luna. There are also several artists from the Nashville area, including Tara Aversa, who created the Bertha the Octopus mural on the Tullahoma Art Center last year. Artists include Cymone Wilder (Nashville), Sarah Painter (Tallahassee), Kim Radford (Nashville), Nicole Salgar (Miami), Jenny Ustick (Cincinnati), Juuri (Oklahoma City) and Tara.

Communities participating in the Walls for Women event include the major cities of Nashville and Knoxville, as well as the smaller communities of Maryville, Martin and McMinnville. All cities will have their new murals painted on walls in high-visibility locations with the subject matter reflecting the individual artists’ professional talents.

“DMA believes in giving artists full creative expression, so the murals themselves will not necessarily be about the suffrage movement, but what lives in each muralist’s creative mind,” Luna said. “They will be colorful, thoughtful and drive forward the state’s century-old commitment to female equality. The whole concept of this festival is to give women an unregulated voice through art.”

Additionally, Luna told The News more cities and artists were still being lined up, so there was a potential for another three or four murals to go up by the end of August.

“We’re still working on the details, but it could be eight murals or it could be 12,” she said.

In addition to the murals, there will also be a voter registration component taking place during the installations.

“Voter participation in Tennessee is nowhere near the levels it needs to be for a functioning democracy,” Luna said. “While the murals honor the ratification of the 19th Amendment and are integral in the beautification of downtown areas, we also want to see this project lead to an increase in our state’s voter turnout, but this election season and every year going forward. We place to have registration booths at all locations during the painting of the murals.

While the city of Tullahoma did not choose to participate in the mural festival financially, the town is still on the receiving end of a brand new mural in the downtown area, according to Luna.

Thanks to some funding from Cycles Gladiator and private fundraising, Luna was able to secure Juuri for the hometown mural.

Luna called the Tullahoma mural “an anchor to the Walls for Women project.”

Juuri got into town on the 19th and began working on her mural, which is located on the side of the Memories Antiques building.

Tucked away from the main road down the Wall Street Alley, the mural site also connects with a previously created mural downtown. Nathan Brown’s “Landscape of the Heart” mural, which was installed in October as part of a previous mural festival, is a short walk away from the new mural by Juuri.

“She has been wonderful to work with in allowing us and the artist creative rein on this project,” she said.

In addition to being part of the overall Walls for Women festival, Luna said the Tullahoma mural is also part of an AARP grant improvement project the group assisted the city with last year, though it wasn’t awarded.

That grant project proposed turning this particular portion of town into a majority pedestrian area eventually and lighting up the area at night.

“Since we first proposed the idea, the city has acquired a couple properties along the alley, and there are several interesting surfaces to paint on both of their buildings, all of which need improvements like paint, lighting and safety,” Luna said.

City Administrator Jennifer Moody sent a statement to The News Friday morning, stating the project is “shining a light on and activating what has been a hidden gem in downtown Tullahoma, our Wall Street alley.”

“I hope that the mural encourages residents to take a new look at the downtown alleyways as spaces for all types of creative placemaking,” she said. “These can become our public plazas and gathering spaces. These spaces can be both beautiful and functional spaces for not only transportation connections, but spaces for social connections.”

Moody said she was “honored” that Tullahoma was one of the cities to receive a Walls for Women mural.

“It’s both a celebration of the past and a calling for women to continue using the power of our voices and our votes to better our community,” she said. She also applauded Blair and DMA-events for “celebrating our Tennessee history and downtown Tullahoma in this wonderful and creative way.”

The Tullahoma mural was finished Friday and is available for viewing now. Luna encouraged residents to check out the new mural.