Free access for current print subscribers
Get Started
You are the owner of this article.
Edit Article Add New Article
You have permission to edit this article.
Edit
Home
News
Sports
Living
Special Sections
Classifieds
Obituaries
Coronavirus News
1 of 5 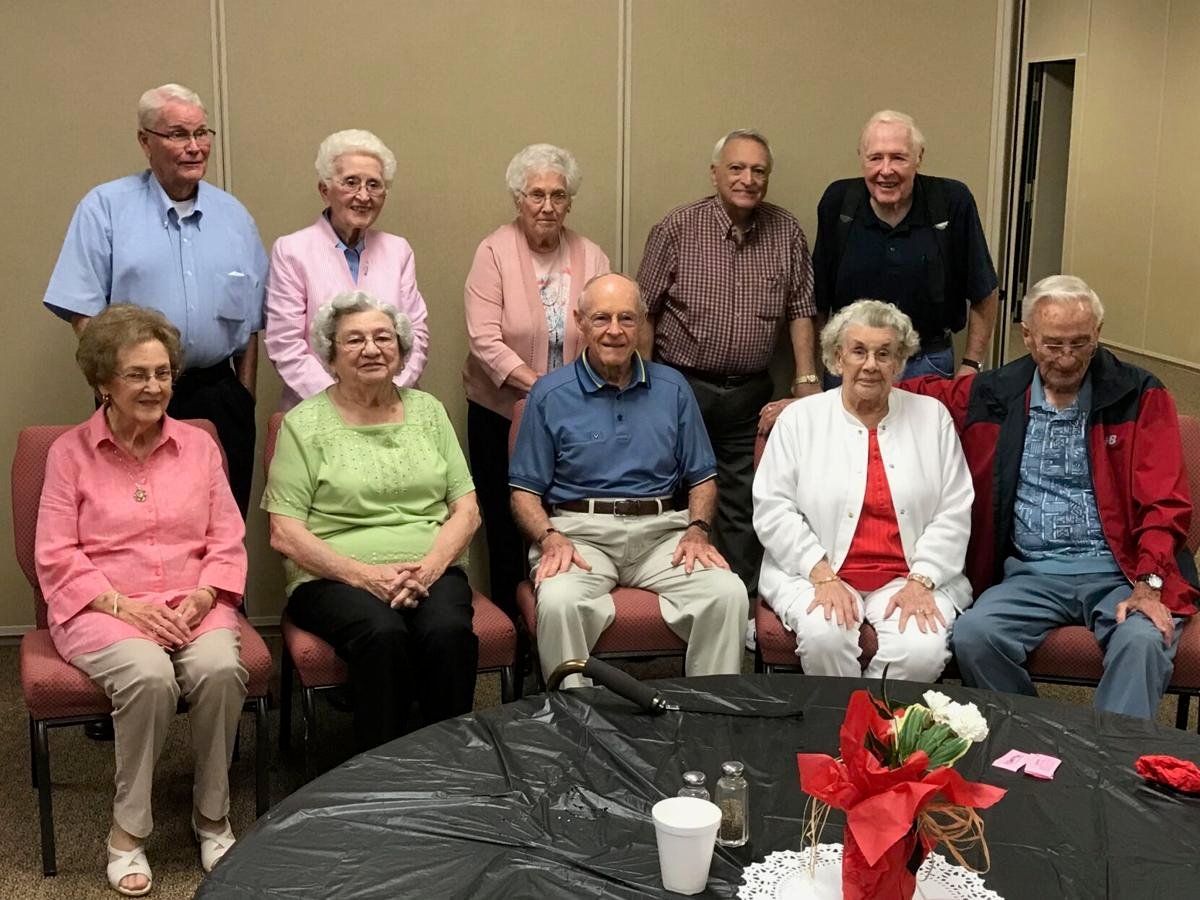 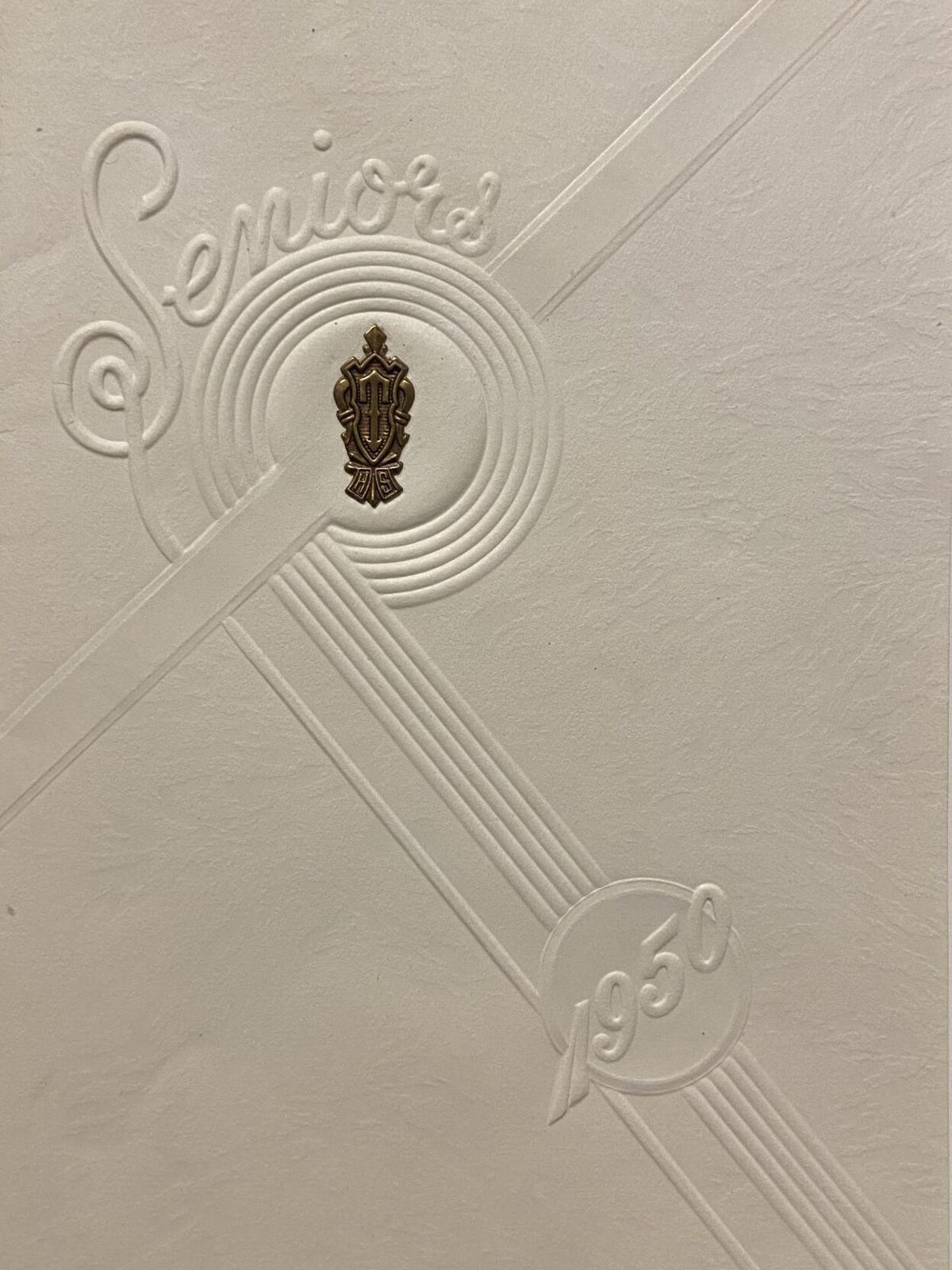 The front of the invitation to the Class of 1950 graduation. 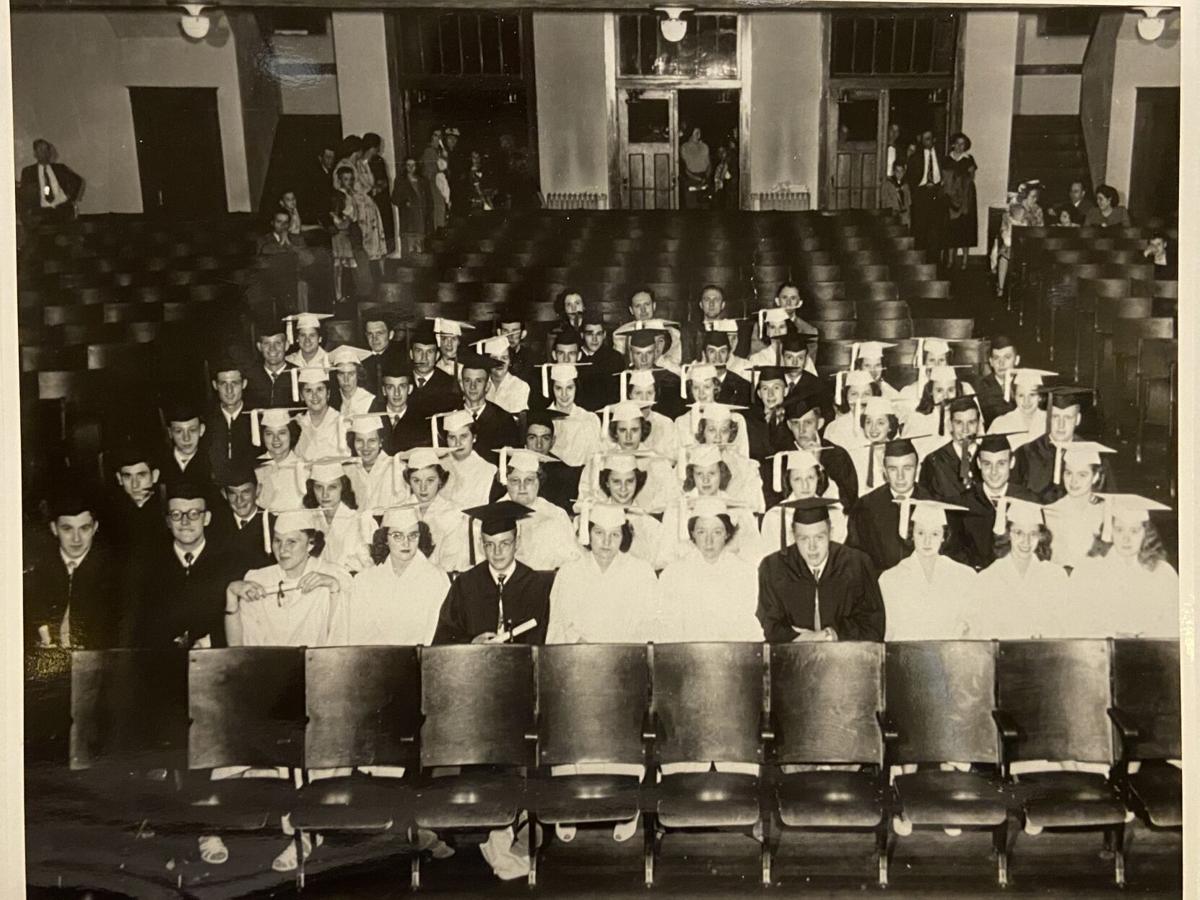 A photographer captured the Class of 1950 together at graduation. 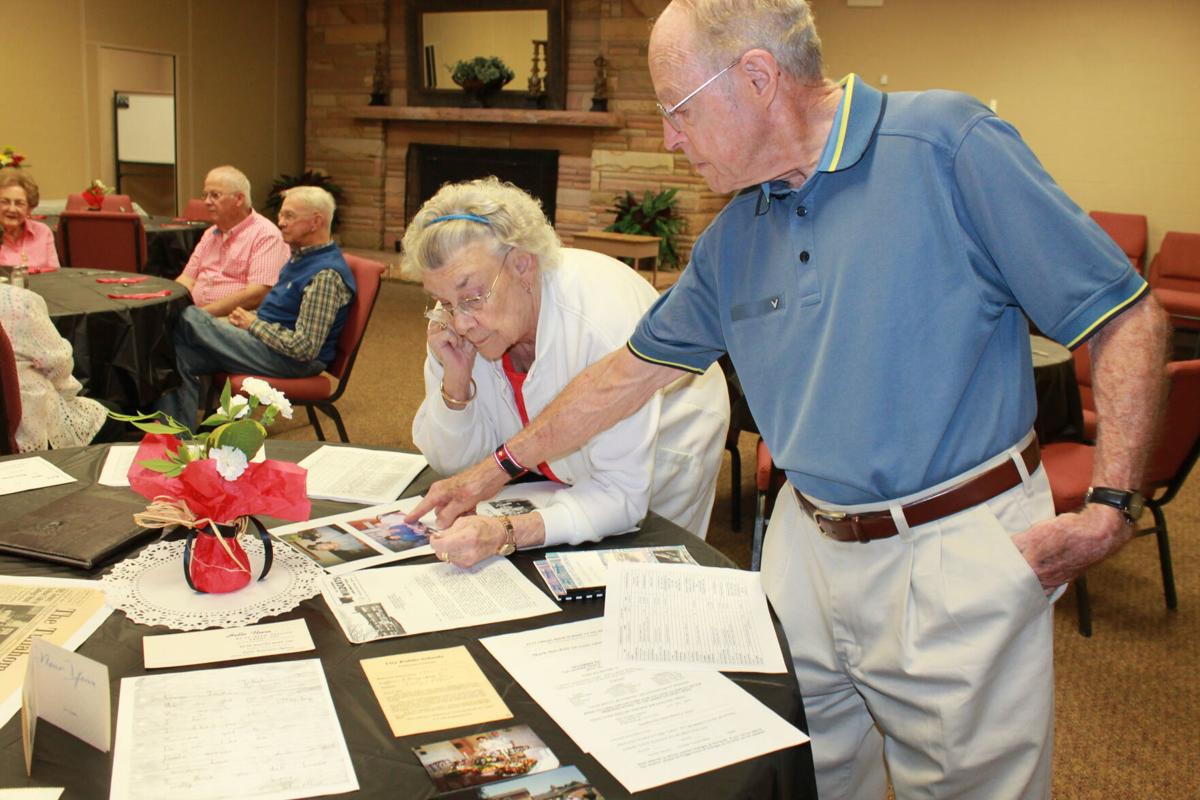 Jimmy Bridges, far right, points out a picture to Robbie Stephens. Bridges has a collection of memorabilia from his days in high school. 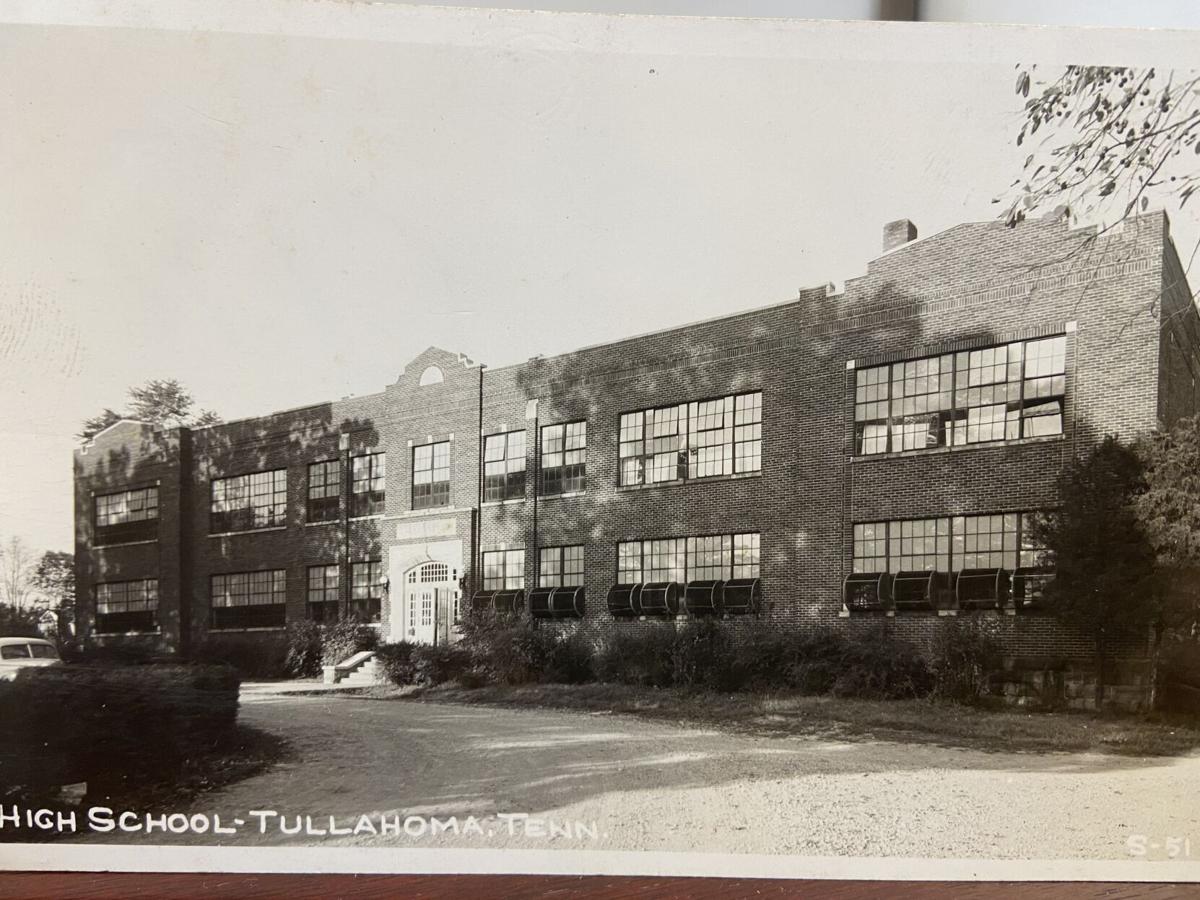 A photo of the old Tullahoma High School.

The front of the invitation to the Class of 1950 graduation.

A photographer captured the Class of 1950 together at graduation.

Jimmy Bridges, far right, points out a picture to Robbie Stephens. Bridges has a collection of memorabilia from his days in high school.

A photo of the old Tullahoma High School.

The Tullahoma High School Class of 1950 will celebrate its 70th anniversary remotely.

Due to a number of factors, including the ongoing COVID-19 pandemic and the health of the surviving alumni, it will most likely be the last reunion, according to organizers.

Jimmy Bridges has been serving as both the historian and coordinator of the class reunions since their 50th anniversary in 2000. Bridges said everyone had such a good time that they had a class meeting to decide how often they would hold future reunions.

After some back and forth discussion among members about having a reunion every three to five years, Bridges stated they should have one annually.

“It got a little quiet, and somebody piped up and said it was a good idea and asked me to do the organization of it and get us together,” Bridges said. “I said sure and every year it kept getting better and better.”

Each year on a Thursday in June, members gathered for an hour to reminisce and catch up.  However, Bridges said they almost didn’t have a reunion last year due to not having a venue.

“I started calling members and told them that we’ve had a reunion every year and we were going to break the chain and I don’t want to break it,” Bridges said.

Fortunately, they were able to secure a venue at a restaurant with a room to themselves. Ten members, including Bridges, were able to come, and he said it felt like an informal class meeting. He strongly encouraged everyone to meet up for the 70th anniversary, as that was a big milestone.

This was all before the COVID-19 pandemic. With the nature of the pandemic, distance between members and everyone’s health, including Bridge’s short-term memory problems, he decided to send a certificate to each member to announce how they’ll be celebrating 70 years.

The certificate reads, “Due to circumstances beyond our control, a reunion will not be held. In lieu of this fact, I declare a Faux Reunion. It will be celebrated by class members in a spiritual manner from our homes on Thursday, August 20, 2020, joining with other class members where possible on an unforgettable occasion in a manner seen fit including family members.”

Bridges stated he wanted to get the class together for one last reunion so badly because they were so close in their school days, but he wants everyone to be safe and healthy.

He has enjoyed keeping in touch with everyone and reminisces of the other reunions, as well as the high school days, fondly.

“It’s like any graduation: you see these folks every day and then all of the sudden it’s the end of the school year,” Bridges said. “It teaches you that you may never see some of these people again.”

Class of ’50 graduate recalls a long tradition on 70th observance

In 1950, South Jackson School had the only auditorium in Tullahoma.  A total of 63 seniors walked across the stage that year to receive their …