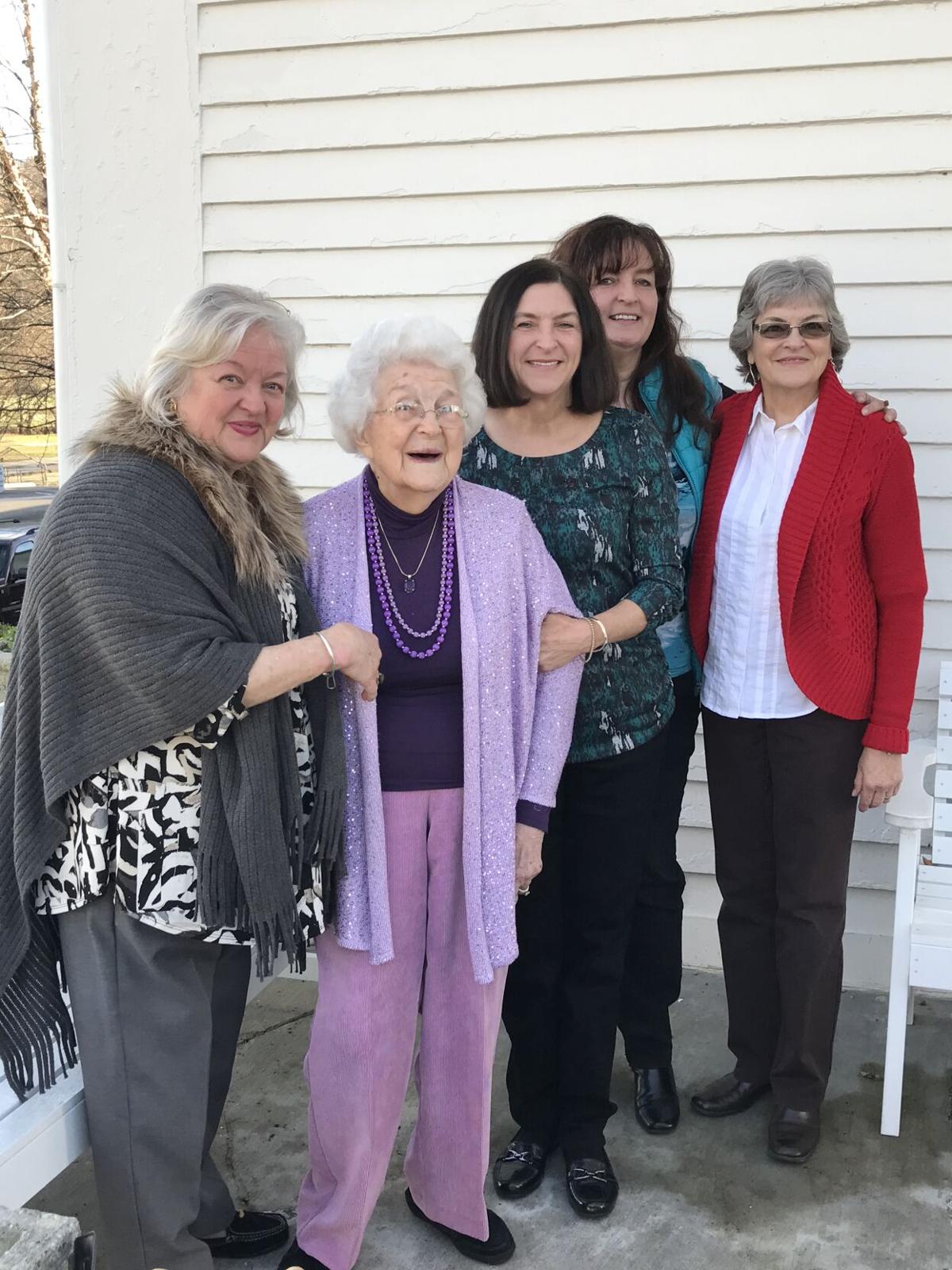 Searcy with her daughters in 2017. 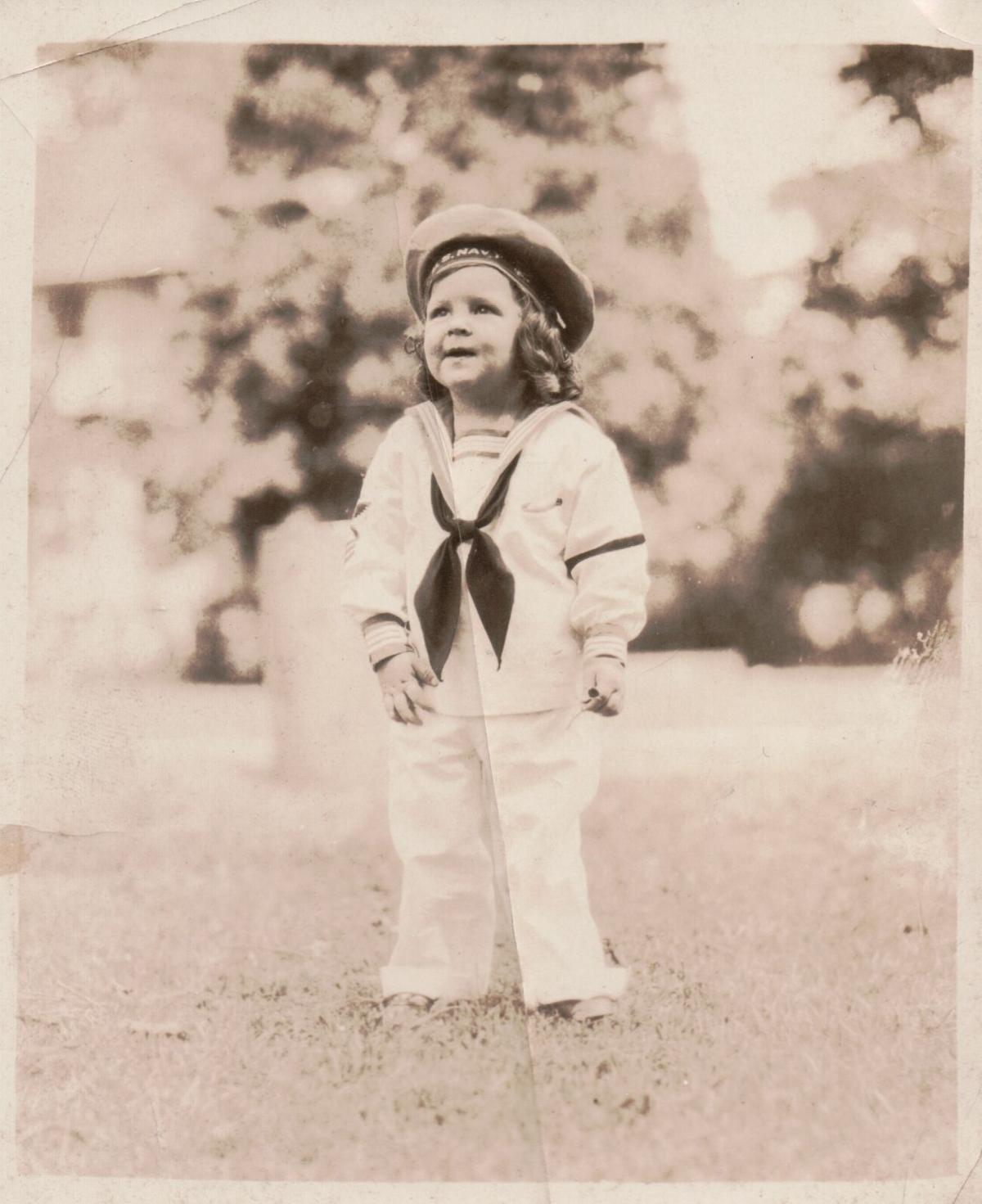 Searcy when she was 3-years old. 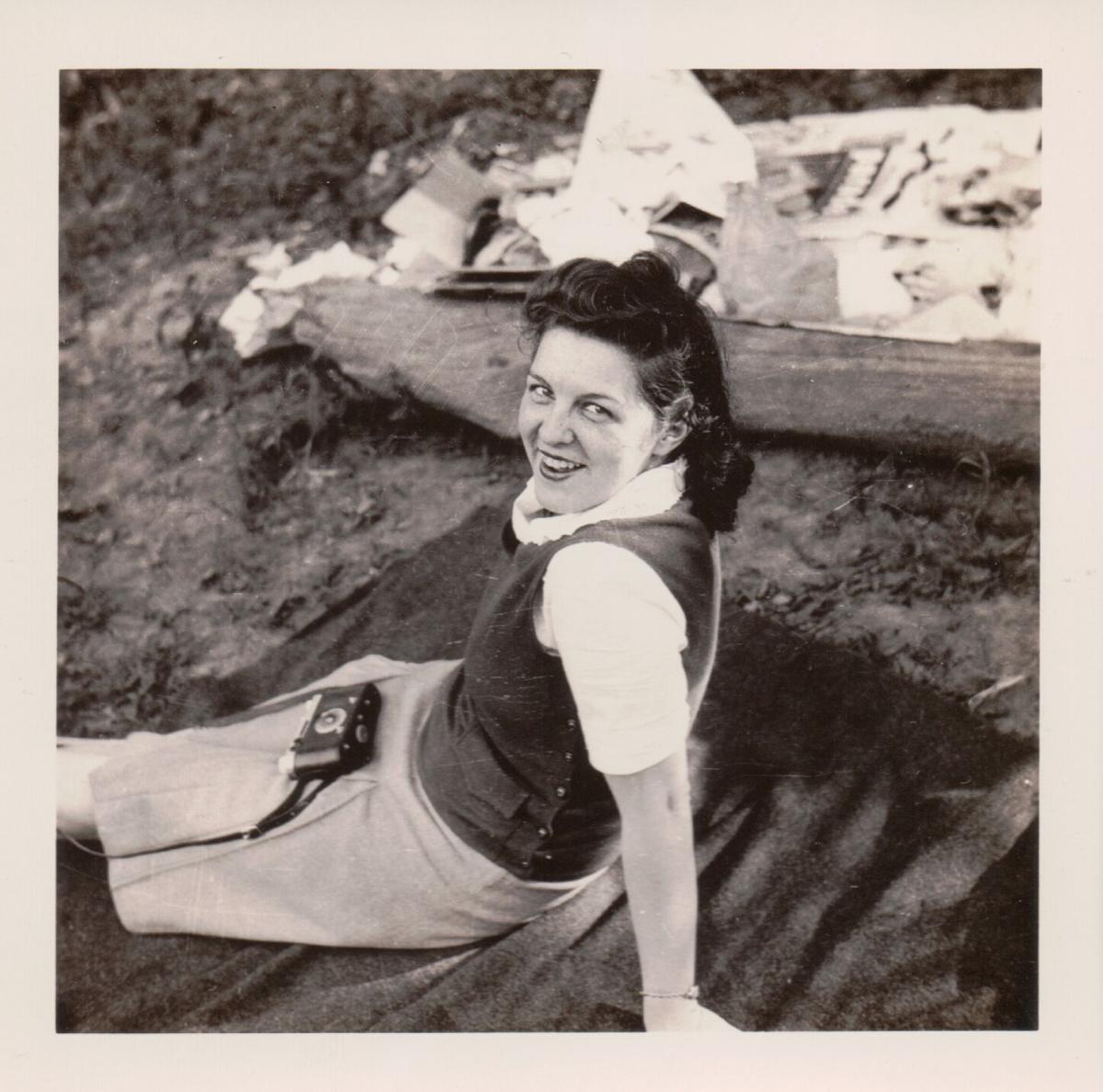 Searcy with a camera in the early 1940s. 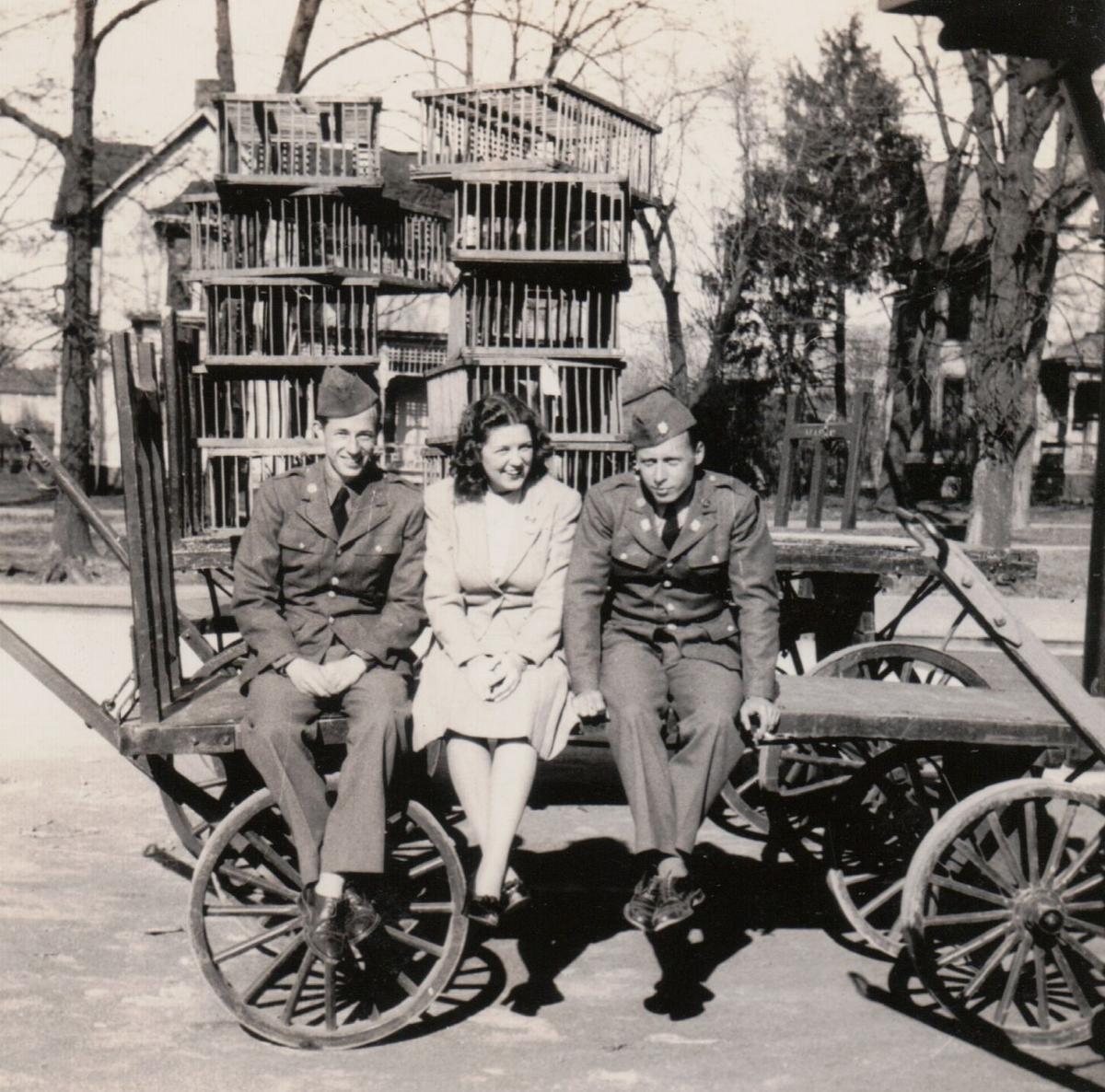 Searcy with a few soldiers at the Tullahoma Depot. 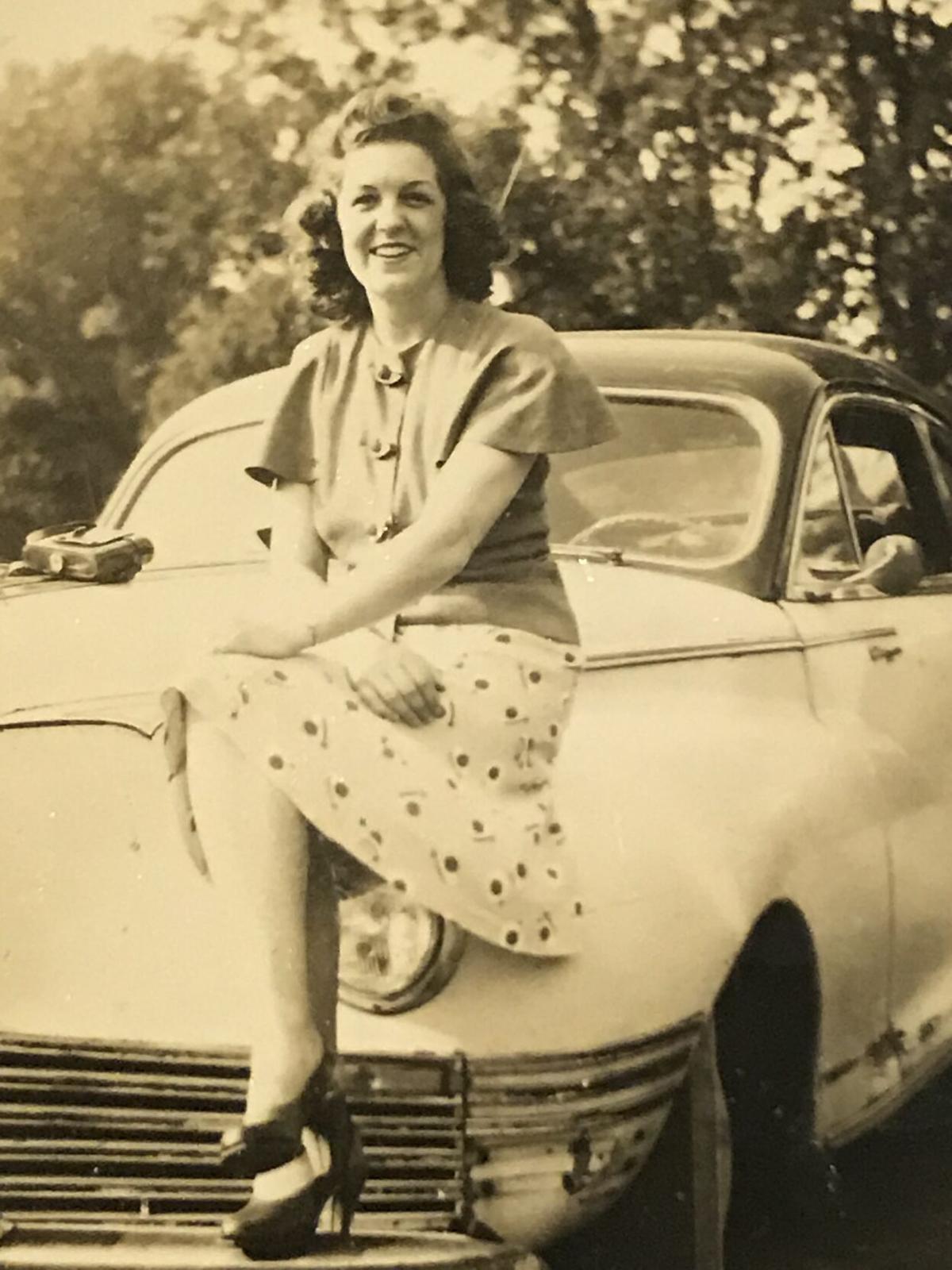 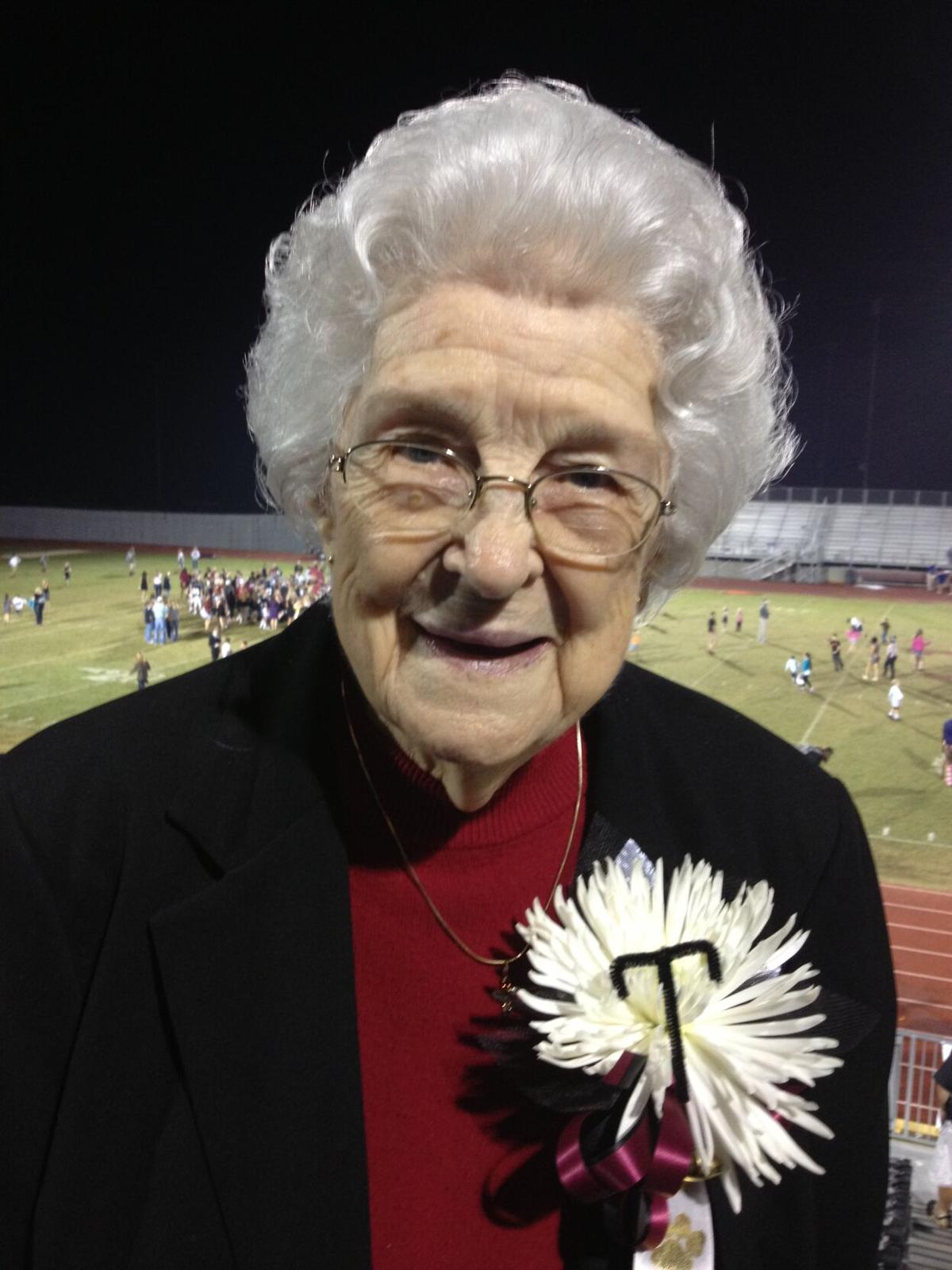 Searcy at the Wildcats Homecoming in 2013.

Searcy with her daughters in 2017.

Searcy when she was 3-years old.

Searcy with a camera in the early 1940s.

Searcy with a few soldiers at the Tullahoma Depot.

Searcy at the Wildcats Homecoming in 2013.

On 11 Dec. 1922, a bundle of joy was delivered to 308 North Atlantic St. in Tullahoma by Dr. Robert L. Dossett. The recipients of this bundle were Robert Laughlin Couch and his wife, Anabel Searcy Couch. And this sweet baby girl was named Mary Searcy Couch, and she delighted not only her parents but her grandparents, Ella Laughlin Couch and William Joseph Couch, better known to everyone in town as Daddy Billy. He was really smitten with Mary Searcy, and they were constant companions in her early years.

When she became school age, she entered South Jackson Elementary School, and she loved school, her teachers, and her many friends. Later in life, when an alumni group was formed for South Jackson, she was the very first person to sign up, and she was instrumental in convincing other alumni to sign up as well.

That segment of her life was followed by her four years at Tullahoma High School where she was involved in several activities such as the “Knit Wit” and “Barrett Browning” Clubs. She was also involved in activities at First Christian Church where she was a third-generation member. She loved Tullahoma and was always trying to do things so that those needing help could find it.

After graduating from THS, she headed off to college in Denton, Texas, to attend the same college where her Mother had graduated, now known as Texas Woman’s University. She was there for one year but longed to return to Tennessee so she transferred to Peabody College in Nashville and continued her education there. During that year was when Camp Forrest came into being, and there was much excitement in Tullahoma about this new military installation and so many folks coming to Tullahoma. Of special interest to Searcy and many of her young college friends were the young soldiers who were assigned to Camp Forrest for training. So many of the hometown fellows she had grown up with were already being sent other places for training.

She convinced her parents that she needed to come home from college so she could work in the family business and be a real help during the wartime crisis. Of course, it didn’t hurt that there were three USOs in Tullahoma during that time where frequent dances were held, and young ladies were needed at the events so that the soldiers would have someone with whom to dance. Her college friends were jealous and wanted to come visit her frequently on the weekends as their small hometowns did not have the same opportunities. The Couch home was often filled with Searcy’s friends as well as the young women (wives and girlfriends) who came to Tullahoma in order to say “good-by” to their husbands or boyfriends before they shipped out. Searcy’s Mother was often one of the chaperones at the USO dances so she could keep an eye on things. This was a fun and busy time for Searcy, she managed the store during the day and went dancing every night!

Searcy had a winsome personality which was no doubt influenced by her grandfather. She loved people, talking to them, and making them feel good about being in her presence. She had a twinkle in her eye, a spontaneous love of life, and a very quick wit.

After the war when soldiers were returning home, her best girlfriend, Marjorie King, had an older brother who returned home. He was G.C. King, Jr., and they were both attendants in the wedding party when Marjorie married a soldier from Camp Forrest. It was not long until Searcy and G.C. followed with a wedding of their own. Their marriage started in an apartment in the King Hotel which G.C. was managing for his family. Later Searcy and G.C. moved to Levelland, Texas, where G.C. owned and operated a Western Auto store. But the lush land of Tennessee kept calling their names, so they decided to move back home and leave the flat, dry land in Levelland. Plus, they wanted their two young daughters to know their grandparents, aunts, uncles, and cousins. When back in Tennessee, they bought and operated the first Walgreen Drug Store in Tullahoma, King Drugs. G.C. decided to go back to school to study pharmacy and would come home on the weekends. On a fall weekend, he was having coffee with a friend at the counter in the drug store and collapsed of a fatal heart attack. Searcy continued to operate the drug store for five years before venturing to Florida. Once again, Tennessee called her name, and home she came. And that is where she met and married Thomas A. A. Hopkins, and they lived in Shelbyville where they had two daughters. Once again, Searcy and her family moved to Florida, but they just could not stay away from Tennessee and lived out the rest of their days in Tullahoma.

Searcy was always happy to share with anyone what Tullahoma was like during Camp Forrest days as well as so much history about Tullahoma during her youth. She had a fantastic memory, and others were so interested to learn so much from her about the many changes that had taken place during her years’ experience of Tullahoma living.

We hope you will come out to celebrate her life at Searcy’s Summer Soirée at South Jackson on Thursday, July 22, 2021. This ice cream social gets underway with free dance lessons at 6:30 p.m., and the band starts at 7:00 p.m. It will be a fun evening with the Rockettes kicking up their heels, Andrews Sisters singing, Bob Hope jokes, and dancing to the South Jackson Street Band. Admission is just $10 for adults, and $5 for children (12 and under). Be sure to bring your friends and a lawn chair and enjoy an evening under the stars!