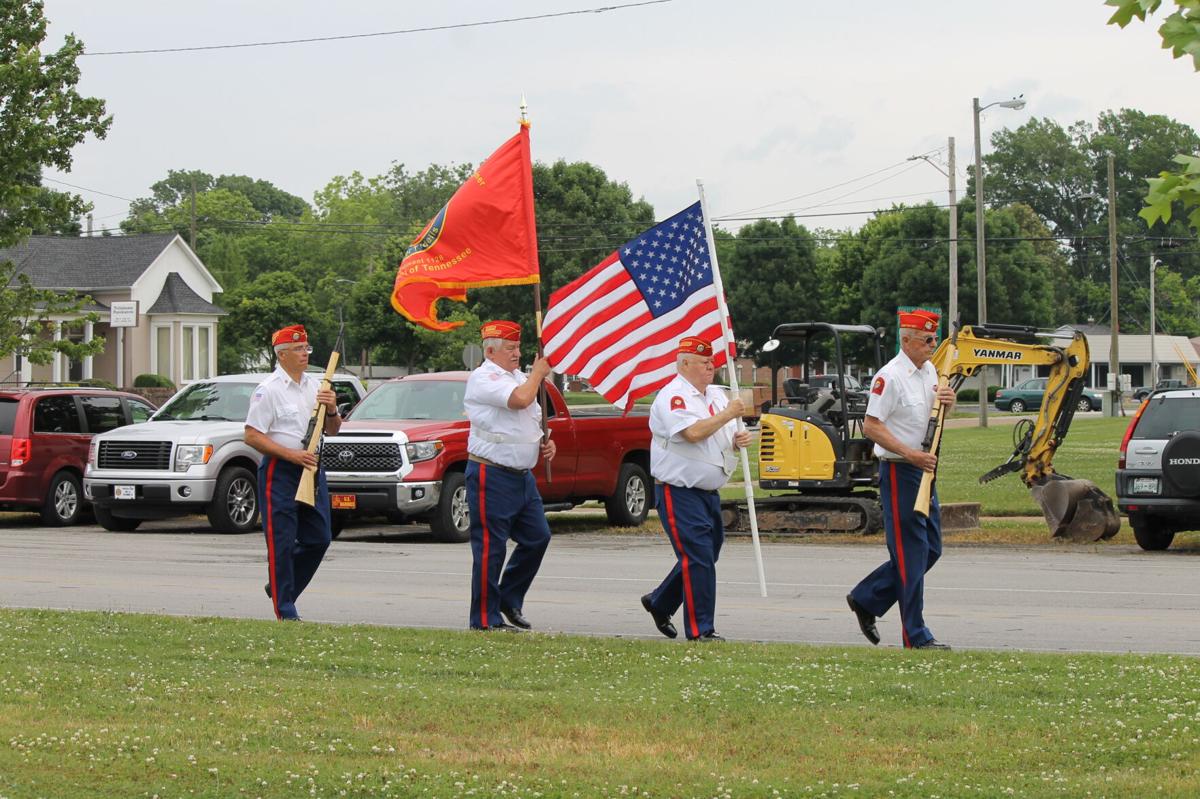 An honor guard presented the colors at the Memorial Day commemoration and dedication ceremony Friday, May 28. 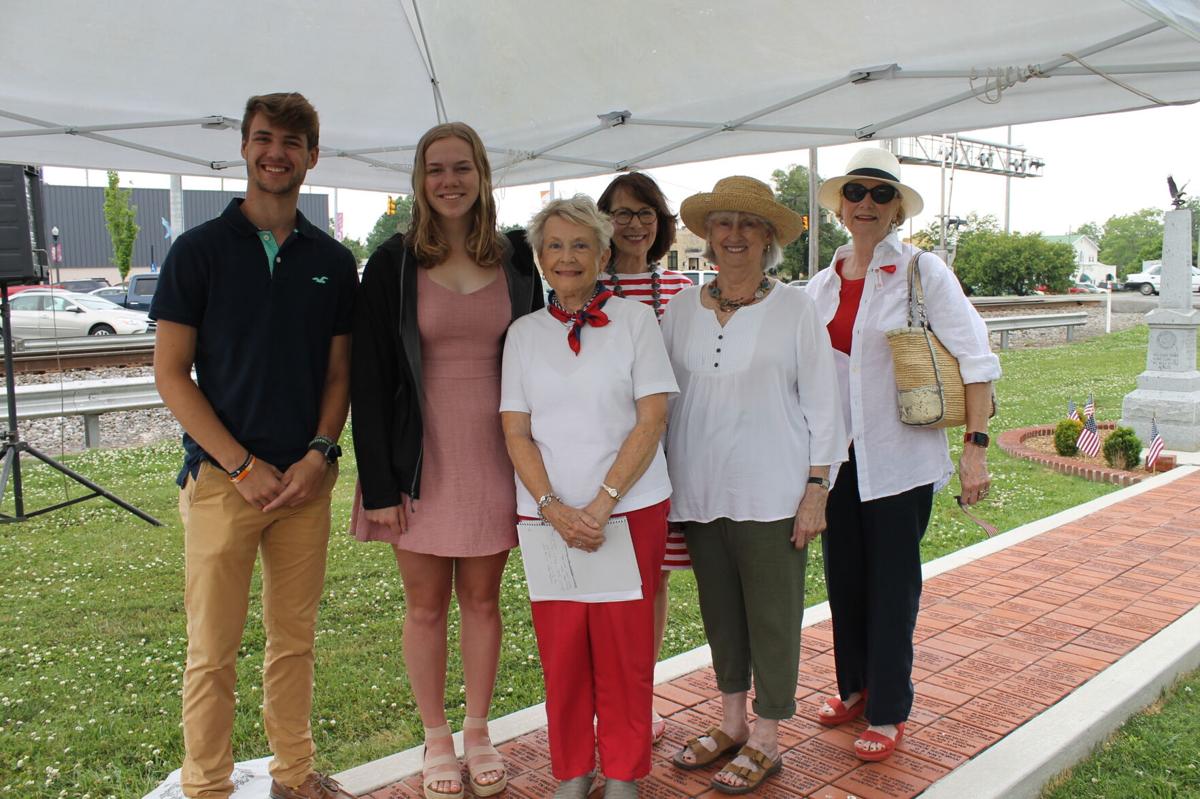 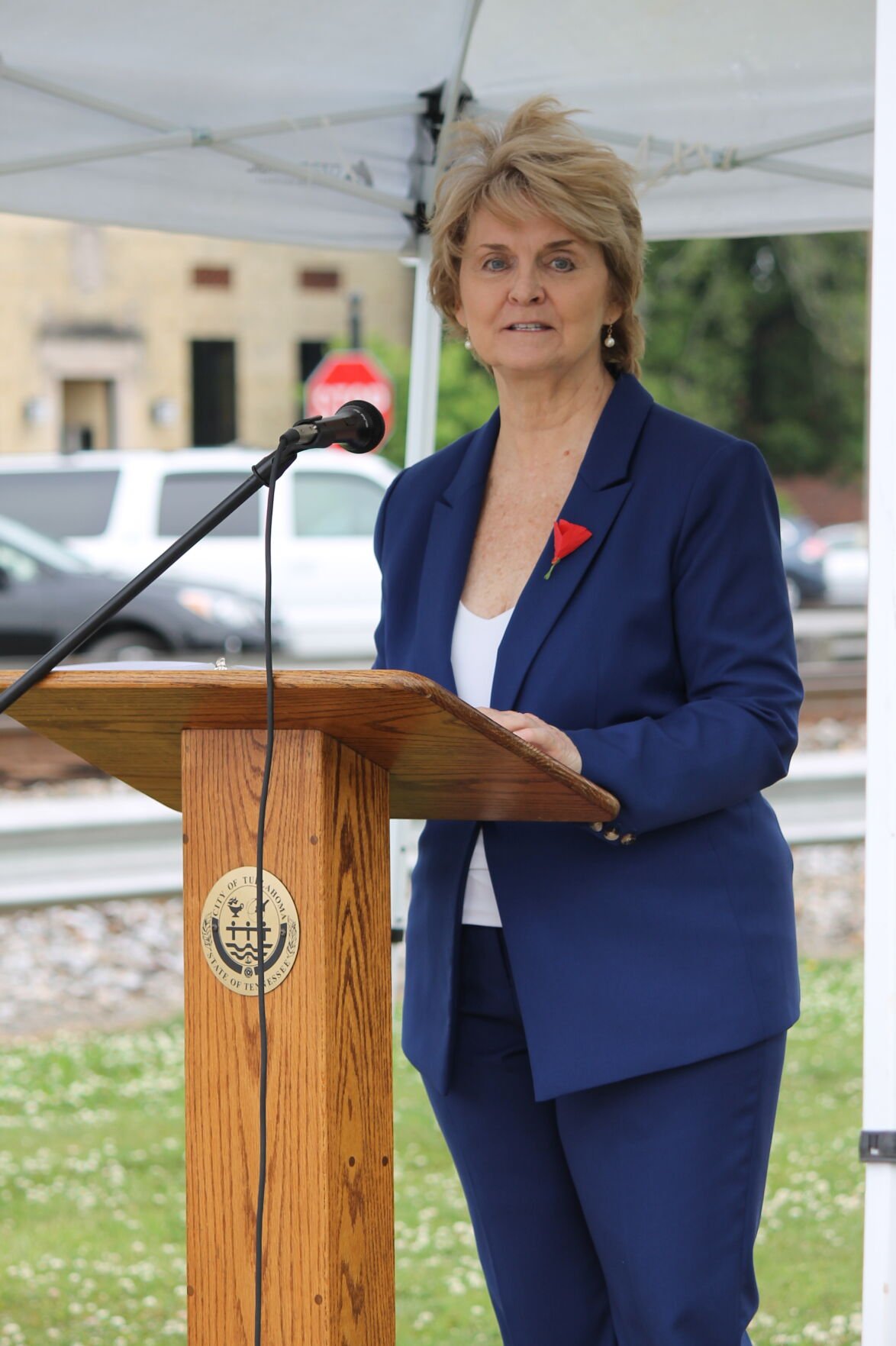 Retired Air Force Col. Beverly Lee was the featured speaker at the Memorial Day dedication ceremony at the Veterans Memorial Walk Friday, May 28. 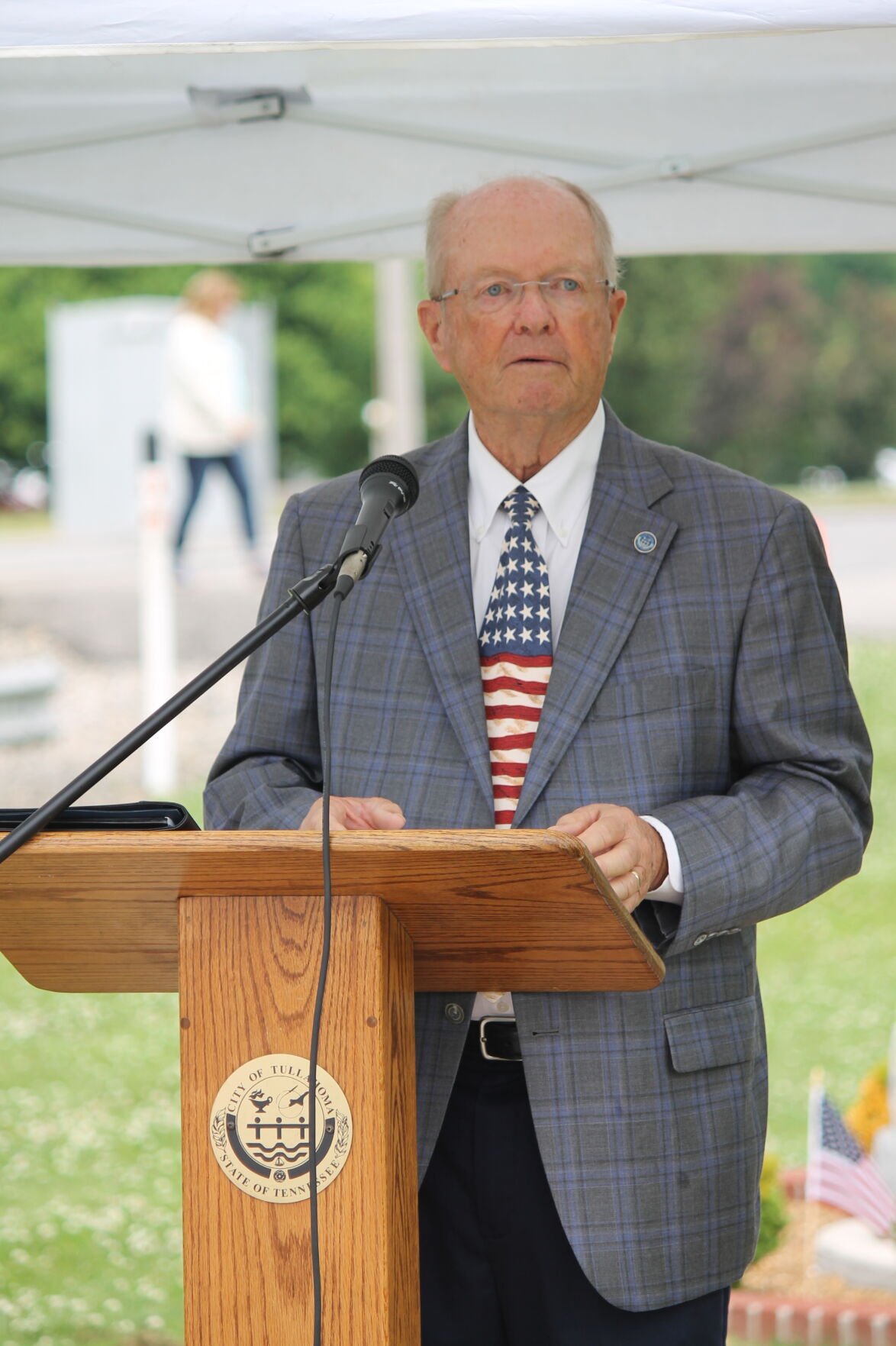 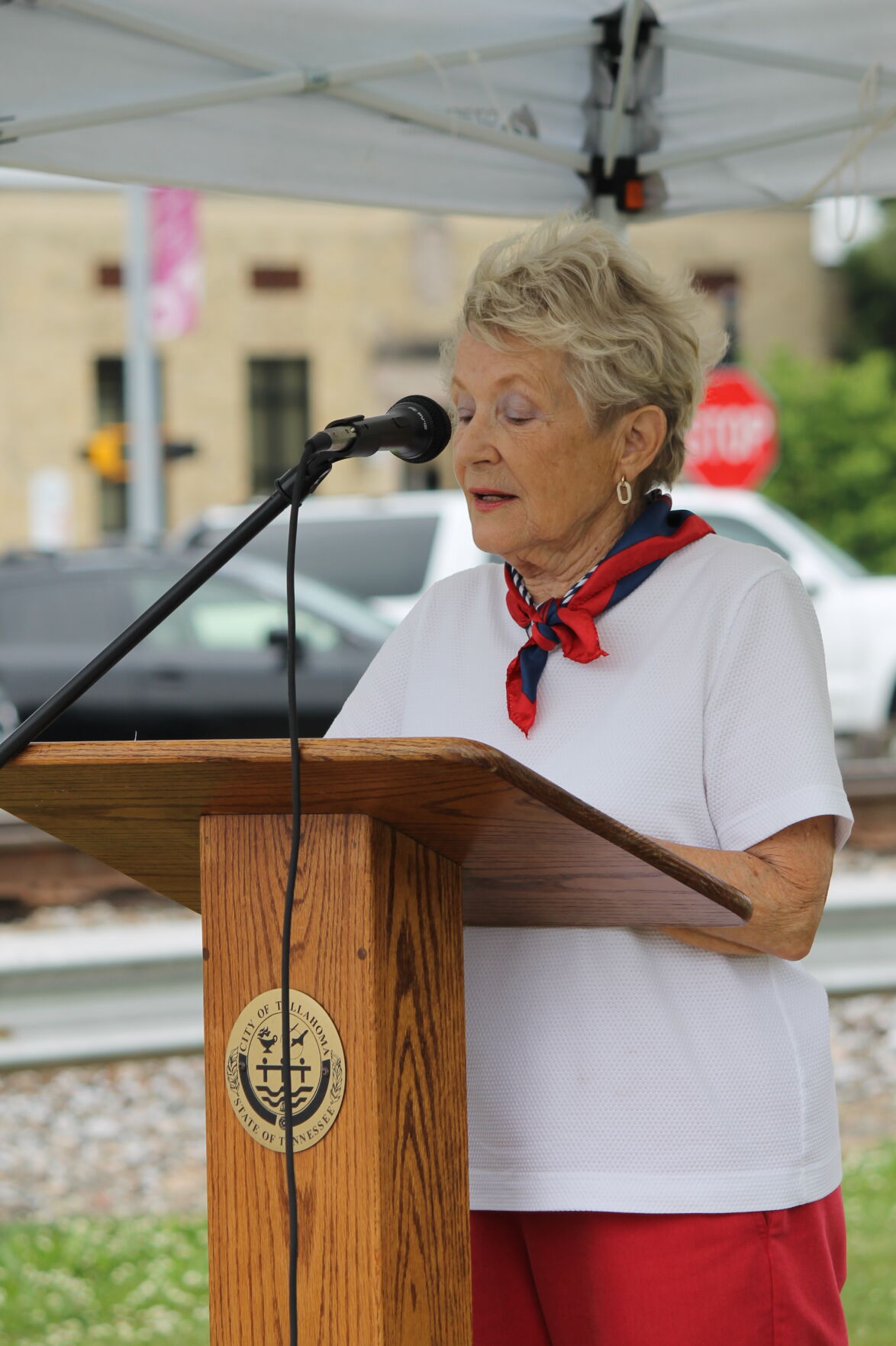 An honor guard presented the colors at the Memorial Day commemoration and dedication ceremony Friday, May 28.

Retired Air Force Col. Beverly Lee was the featured speaker at the Memorial Day dedication ceremony at the Veterans Memorial Walk Friday, May 28.

Despite the threat of inclement weather on the horizon, scores of Tullahomans gathered around the city’s Veterans Memorial Walk to pay tribute to the nation’s fallen soldiers and dedicate 62 new engraved pavers on the walk for Memorial Day last week.

Hosted by the Shady Grove Garden Club, featured speakers included Tullahoma Mayor Ray Knowis, Project Chairman Sandy Sebren and retired Air Force Col. Beverly Lee, who all spoke of the sacrifice the brave men and women in uniform paid to ensure the nation’s freedoms and the American way of life.

“Today we pay tribute to those men and women and the enormity of their sacrifice,” Knowis said.

On behalf of the more than 19,000 individuals who call Tullahoma home, Knowis thanked all the fallen heroes and their families for the sacrifices they all made in service to the country, especially the loved ones of those who have died.

He said he was proud to dedicate the 62 newest additions to the Veterans Memorial Walk, giving each veteran their earned recognition for their service to their country.

Lee, who served 30 years in the United States Air Force, touched on the origins of Memorial Day, from its inaugural commemoration just after the Civil War ended in 1868. She said the original commemoration, which was held May 30, was not in honor of any particular battle anniversary; instead, it was because flowers would be in bloom at that time. The holiday was also called “Decoration Day,” as it was a day when the family members of servicemen and women would come to cemeteries across the country and decorate their soldiers’ graves with flowers and wreaths.

“It is not a day to commemorate any particular war; it’s a day to celebrate the valor and the patriotism and to commemorate the lives of over 1,344,600 men and women,” she said. “It is a reminder of the cost of war.”

Following Lee’s speech, Sebren then brought members of the selection committee of the Shady Grove Garden Club to the podium to present the three winners of the inaugural Veterans Memorial Scholarships, which was established by the garden club through the sales of the engraved pavers that appear on the Veterans Memorial Walk. The scholarships are awarded to descendants of veterans in order to promote their higher education, Sebren said.

“We are so happy to be able to do this,” Sebren said of the scholarship awards.

The awards went to one student from Tullahoma High School, Coffee County Central High School and Moore County High School. The Tullahoma recipient was Abigail West, who graduated last week. She said she will attend the University of Tennessee, Knoxville, and study biochemistry. From Moore County, the recipient was Dylan Scruggs. He said he plans to attend Tennessee Tech to study electrical engineering. Though he could not attend, the Coffee County Central High School recipient was Luke Irwin. Sebren said he plans to attend the University of Tennessee, Chattanooga, and study human resources.

“It was just a wonderful experience meeting these young people, reading about their ancestors and what they plan to do with their lives,” she said.

To conclude, Sebren said the Veterans Memorial Walk has a total of 583 engraved pavers and 220 that are blank for anyone who wishes to add their veteran’s name to the walk.