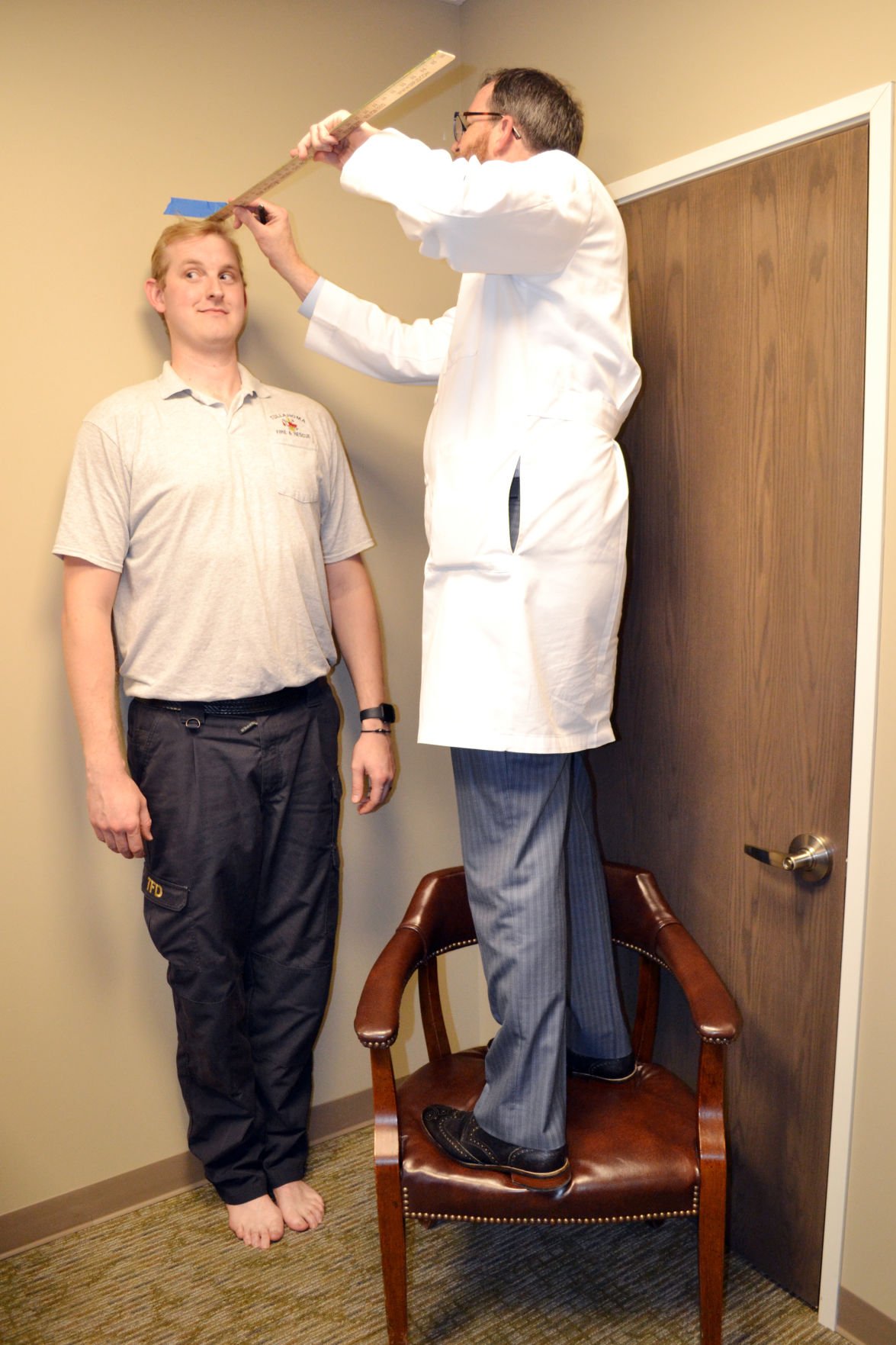 Alderman Jimmy Blanks takes the first measurement of Tullahoma Firefighter Brandon Berridge.  Blanks had to stand on a chair to properly measure Berridge. 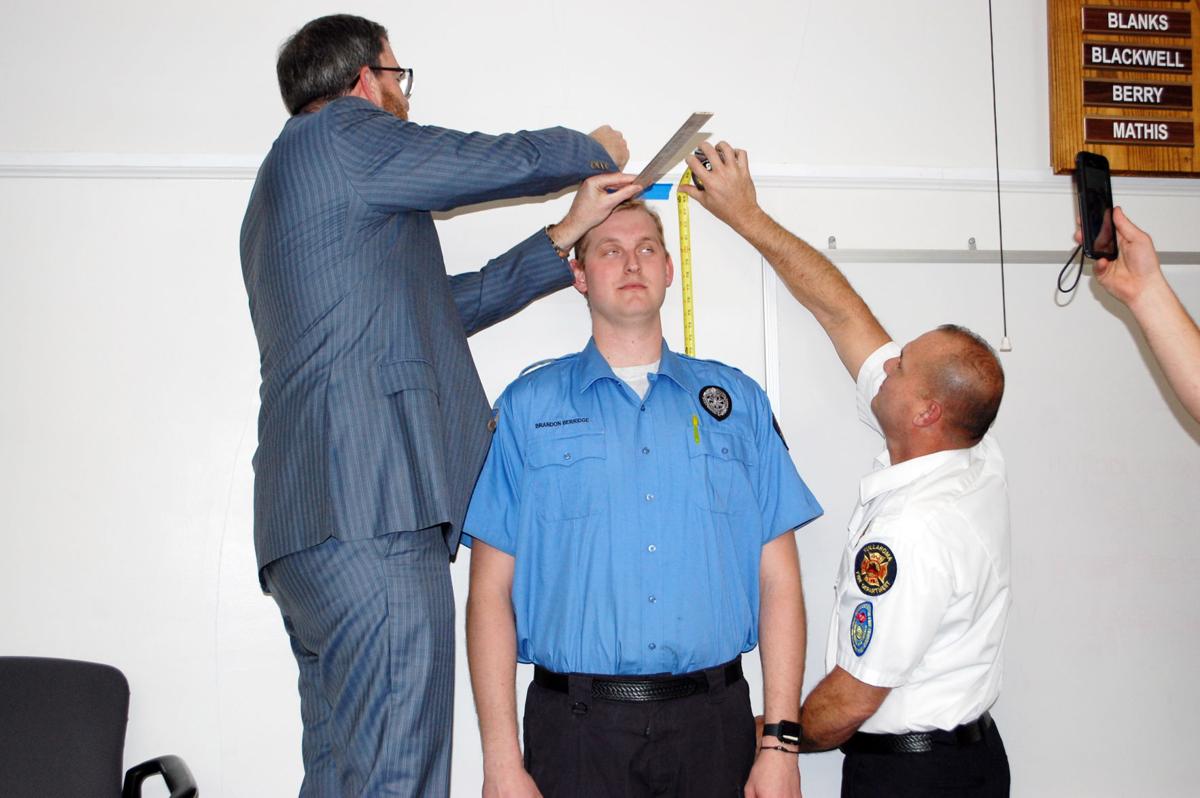 Brandon Berridge is officially measured for the vertical measurement by Alderman Blanks during the Board of Mayor and Alderman meeting. The measurements will likely put his name in the book of world records as the world’s tallest fireman.

Tullahoma could soon be home to a world record holder.

During the Jan. 13 Board of Mayor and Alderman meeting Tullahoma City Administrator Jennifer Moody addressed the board that a presentation was being done at the meeting as they “were in the midst of, we believe, a world record holder.”

Moody asked Mayor Lane Curlee if they could take the official measurements of 27 year-old firefighter Brandon Berridge to see if he was the world’s tallest firefighter. Curlee and the board allowed them to take the measurements during the meeting.

In attendance to witness the measuring included Berridge’s wife Rachel and crew members of the Tullahoma Fire Department.

As officials prepared to measure Berridge, Tullahoma Fire Chief Richard Shasteen went up the podium and explained this all started after visiting the board in April 2019 about possibly having the world’s tallest firefighter.

“Brandon sent off to the Guinness Book of World Records, questioning that and they just now sent him back the paperwork that said ‘You fill this out. You’re the man,’” said Shasteen.

Shasteen said Berridge’s measurement must be done by a doctor and it has to be documented and filmed for the Guinness Book of World Records. Berridge was measured earlier in the day by Alderman Dr. Jimmy Blanks as part of his three measurements.

Berridge had to do two types of measurements for the meeting. The first measurement was the vertical measurement where Berridge was measured from a wall. Blanks needed a chair to stand on to measure Berridge accurately.

Video was captured of the measurement and the fire-fighter was even interviewed by a Nashville-area television station. Shasteen noted Terry Bulger of WSMV Channel 4 came by to talk to Berridge.

“They interviewed Brandon and we had a great time with them today as well,” said Shasteen.

The second measurement was the horizontal measurement where Berridge laid on the floor with his feet against the step of the stage where the mayor and aldermen sit.

Shasteen took a moment to praise Berridge for being able to show he can still work in confined spaces despite his height.

“He also demonstrated today for Channel 4 that despite how tall he is, he has to fit through the same confined spaces as a person like me and he demonstrated that in an excellent way through our training apparatuses and did it perfectly,” said Shasteen. “They had it on video and it was awesome.”

The horizontal measurement was 83 9/16 inches or 6.96 feet. Blanks said Berridge grew a little bit since the first measurement earlier in the day and wished him good luck on getting the record.

Shasteen informed the board Blanks will have to show his credentials and write a brief letter explaining what they did to measure him. Shasteen will provide a letterhead proving Berridge is a firefighter in Tullahoma along with the documentation of the measuring.

Once everything is collected, Berridge will send the information to the Guinness World Record’s Management Team.  Shasteen said he’ll inform the board when they hear anything.

Shasteen believes Berridge has the record safe and sound.

“I think he’s got it by five inches.  I think we’re safe,” said Shasteen.