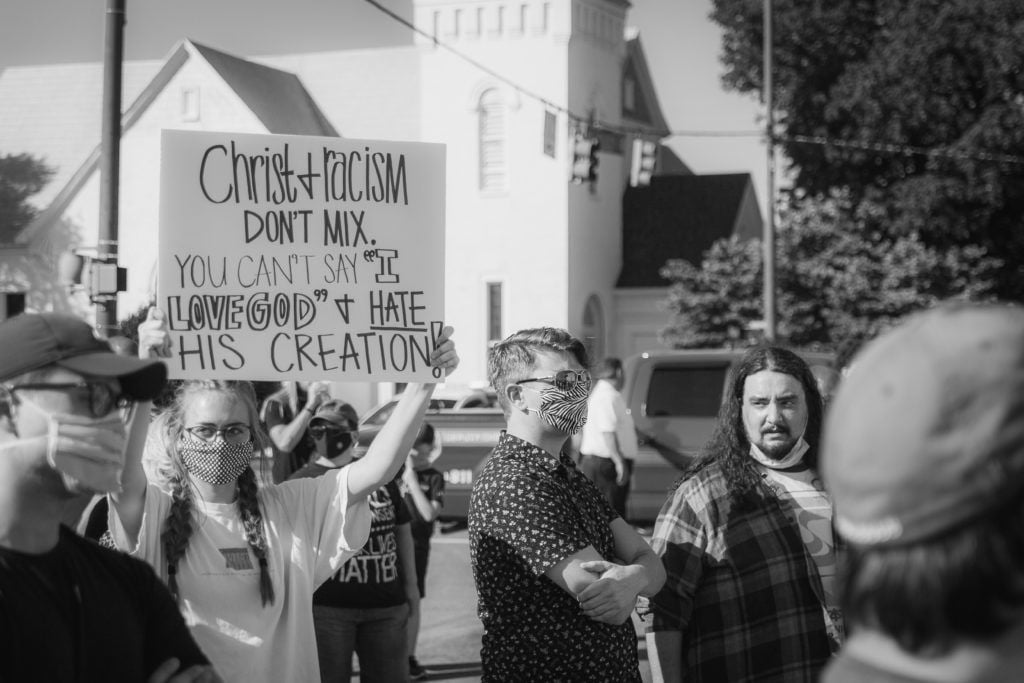 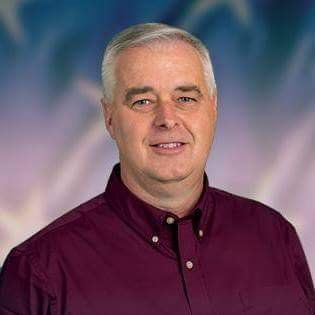 Coffee County Commissioner and Tullahoma resident Lynn Sebourn has shared his thoughts on his participation in the June 13 march in his hometown. His open letter to the community reads as follows:

On May 25, George Floyd died while being restrained with knee to his neck in Minneapolis. Nearly three weeks later, a protest was held across the country in Tullahoma. I was in attendance.

In the previous three weeks, the country has been convulsed with protests, riots, looting, and probably millions of words and images on social media. You may wonder why I, a white conservative Republican Christian, would attend such a protest.

To begin with, I was very upset with the images I saw of the police kneeling on George Floyd. I believe it is important for every American’s civil rights to be respected. But in addition, it makes me worry about my son. You see, my son is adopted, and he looks more like George Floyd than he looks like me.

I know the statistics – that the chances of something like this happening to him are supposed to be very low. I don’t really worry much about him being killed. But is he more likely to suffer an arrest? I think about his future, when making a job application. Will he always be able to check the box “No” in response to the question, “Have you ever been arrested?”

The current protests are taking place against a background of rioting and looting that leads many to dismiss these protests as invalid. “Look at these people burning down businesses and attacking innocent civilians. I don’t believe these protesters.”

“Blacks are not really discriminated against anymore.”

“The problem is in the black community.”

These sort of comments and much worse are readily available in all my social media accounts.

If you think that blacks today are not really suffering ongoing discrimination, I want to challenge you to re-examine that assumption. I would ask you to consider the testimony of a few very successful, even conservative, black men.

For example, consider the testimony of US Senator Tim Scott, the sole black Republican Senator from South Carolina.

“We had just left working out and we were heading out to grab a bite to eat about 4:00 in the afternoon. He pulls out and I pull out behind him. We’re driving down the road and blue lights come on. An officer pulls me into the median and starts telling me that he thinks perhaps the car is stolen. Well, I started to ask myself because I was smart enough not to ask him, asking myself, is the license plate coming in as stolen? Does the license plate match the car? I was looking for some rational reason that may have prompted him to stopping me on the side of the road.”

“I can’t tell you how many times a week I was pulled over in Bowling Green when I had my Jaguar XJS Coupe, or when my sisters were alive we were followed in stores in the mall because i was taking them shopping and let them get whatever they wanted, or having a cashier nervously repeat a price to me numerous times while a security guard ‘hung out’ by the register thinking I couldn’t afford or stealing an item. All this while I was on a nationally ran TV commercial and on 5 million jars of Kraft Miracle Whip and a Gameboy video game. Money, fame, name recognition but still I was a black male first, in other words: potential threat.”

“Just like most of the Black Airmen and so many others in our ranks…I am outraged at watching another Black man die on television before our very eyes. What happens all too often in this country to Black men who are subjected to police brutality that ends in death…could happen to me. As shocking as that may sound to some of you…I hope you realize that racism/discrimination/exclusion does not care much about position, titles or stature….so yes, it could happen to you, or one of your friends, or your Airmen, or your NCOIC, your Flight Chief, your Squadron Commander or even your Wing Commander. This, my friends, is my greatest fear, not that I will be killed by a white police officer (believe me my heart starts racing like most other Black men in America when I see those blue lights behind me)…but that I will wake up to a report that one of our Black Airmen has died at the hands of a white police officer.”

I know many of you want to start quoting statistics to me right now, but I want you to instead to try and place yourself in these men’s position. Let’s suppose that only 1-2 percent of white people in the country are fairly racist. That doesn’t sound too bad, right? But that’s 1 out of every 50 people. If one out of every 50 people you met, at work, in the grocery store, on the road, held racist tendencies towards you, how often do you think you would have a negative experience? Once a week? Once a day?

And if you had a negative experience every week for 40 years, how would you feel when you saw a cop kneeling on the neck of another man that looked like you?

I believe that most white people mean well and try to not be racist. But that does not mean that our black friends (and family) are not experiencing frequent racist interactions.

I do believe we have made great progress in the country. Our experience with my son, now 19, has been mostly positive. I am aware of a few instances of prejudice, but not too many. But I would not be surprised to find out there have been others I am unaware of. My son is the strong silent type.

Another writer I follow has had a very different experience, David French, a conservative columnist who also lives in Tennessee, has an adopted daughter from Ethiopia. David is a nationally published columnist and has received absolutely vile racist death threats against his daughter, wife, and entire family.

So that is why I marched in our local protest. I think these issues are important and I want to show my son and my friends that I support them and their right to be treated as equals.

I was not sure what to expect when I got to the protest. There are many views being expressed around the issue of racism that I do not agree with. I am absolutely opposed to the violence, looting, and property destruction that has been associated with many of the protests in larger cities. This is criminal behavior and it will help no one’s cause.

In addition, there are many other groups trying to take advantage of the current unrest. Antifa, various anarchist groups, and white supremacists are all trying to take advantage of the unrest to stir up even more trouble and advance their own causes. These detract from valid protests against racism. And although I believe individual black lives matter, I cannot support some of the associated organizations that are advocating positions such as the breakup of the nuclear family.

I fully expected to hear some points of view I did not agree with, but that’s OK. It goes with the territory in a protest and I believe it’s healthy to hear different points of view.

I was very impressed with one of the organizers, Royce Massengill. Royce presented challenges to both the white attendees and black attendees. He was basically speaking critically to two very different audiences at the same time and he did it well. This is very difficult to pull off.

The challenge to the white audience: Really think about your position in society and what you take for granted. What can you do to stop taking things for granted and start working to make things better?

The challenge to the black audience? Focus on building black families. I was so happy to hear a young black man with this point of view. Families are so critical to building and sustaining a stable life both emotionally and financially.

The march itself was a good experience. There was probably a 50/50 mix of white/black attendees, a few from out of town, but most from in town. There were a number of spectators along the way holding up supportive signs and some even handing cold water on a hot day. I was glad I went.