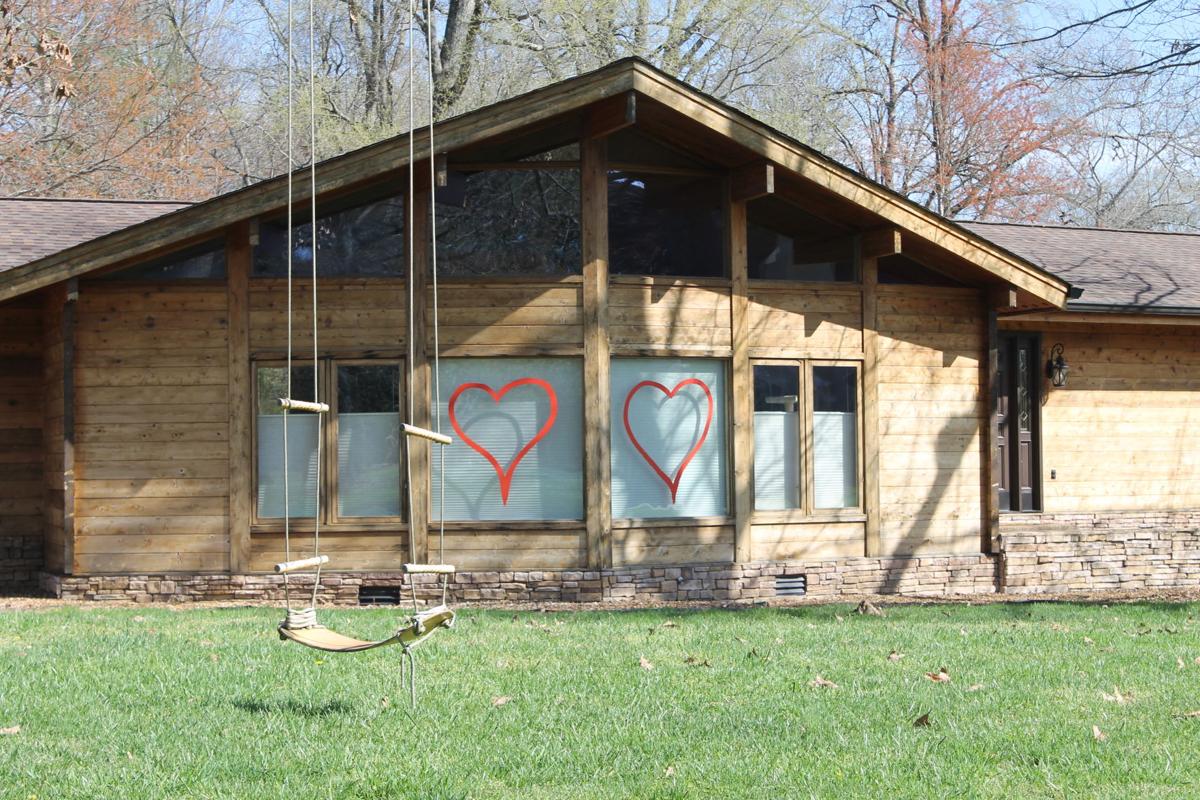 Kristin Luna and Scott van Velsor went "above and beyond" for the Fairways Heart Hunt by painting two large hearts on their windows.

Homeowners in The Fairways subdivision are giving neighborhood children something fun to do while practicing social distancing due to COVID-19.

Kristin Luna and Scott van Velsor went "above and beyond" for the Fairways Heart Hunt by painting two large hearts on their windows.

Homeowners in The Fairways subdivision are giving neighborhood children something fun to do while practicing social distancing due to COVID-19.

Looking for something to do that requires no physical contact during the COVID-19 self-isolation?

The residents in The Fairways subdivision have figured out the perfect activity: a heart hunt.

According to Bita Jordan, who lives in the neighborhood, she got the idea to have the entire neighborhood after seeing a Facebook post from a friend.

The idea is simple: have the neighbors tape up a heart in their windows to give children (and adults) something to look for on a walk or during some much-needed time outside.

“I stole it from Facebook,” Jordan told The News with a laugh. “Someone had posted it, and I literally copied it [and] pasted it and sent it to my whole neighborhood.”

The brilliance of the plan is that the hearts can be made of any kind of material and don’t require anyone to come within the recommended six-foot perimeter encouraged by the CDC.

Driving through The Fairways, plenty of houses in the neighborhood have hearts tacked up in their windows, on their screen doors or hanging on their front doors - about 26 or so, according to Jordan’s estimation.

“I sent it to 20 people in the neighborhood - everyone’s number that I had,” she said. “From there, a few people had me add more and more people, so I just kept sending it out and then literally with 24 hours, all those people had put hearts in their windows.”

Sadly, just after Jordan spread the word about putting the hearts up, a large batch of rainstorms swept through the area, including a brief severe storm that prompted a tornado watch and the tornado sirens to go off, but as of Thursday morning, Jordan and her children were ready to head out and see just how many hearts they could find.

One neighbor took the heart hunt to a new level. Kristin Luna and Scott van Velsor went “above and beyond,” Jordan said, putting the biggest hearts on their windows. Those hearts aren’t easily missed, as they take up the majority of the windows.

Since the hearts went up, Jordan said the neighborhood has even seen children from adjacent neighborhoods coming to see what’s going on in The Fairways.

“Kids from neighborhood around the corner come in and go on a heart hunt,” she said.

Between the flood of coronavirus news and a personal tragedy - Jordan’s car was stolen out of her driveway last week - having the heart hunt going is a free way that people can push joy out into the world, Jordan said.

“When I saw that someone posted [the heart hunt], I said I was totally stealing that,” she said. “It was a way to fill your home with happiness six feet away. You can kind of do it on your own time; there’s no contact in it.”

There are no rules when it comes to the heart hunt, Jordan said. Families can tweak the item to suit their personalities, like her son did.

“He said, ‘I want a football,’ so my house has a heart and a football,” she said.