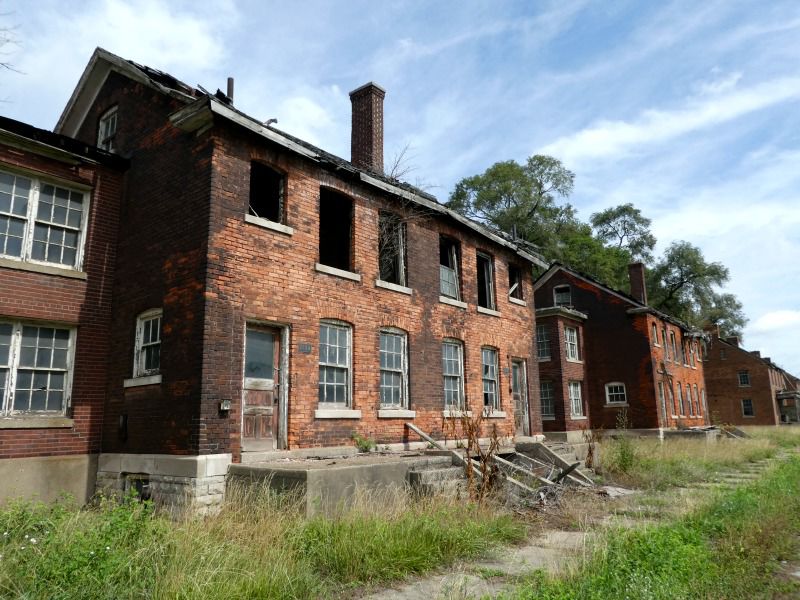 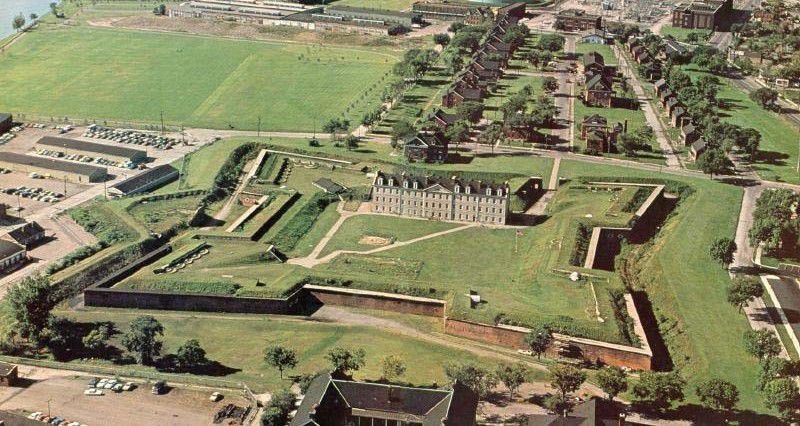 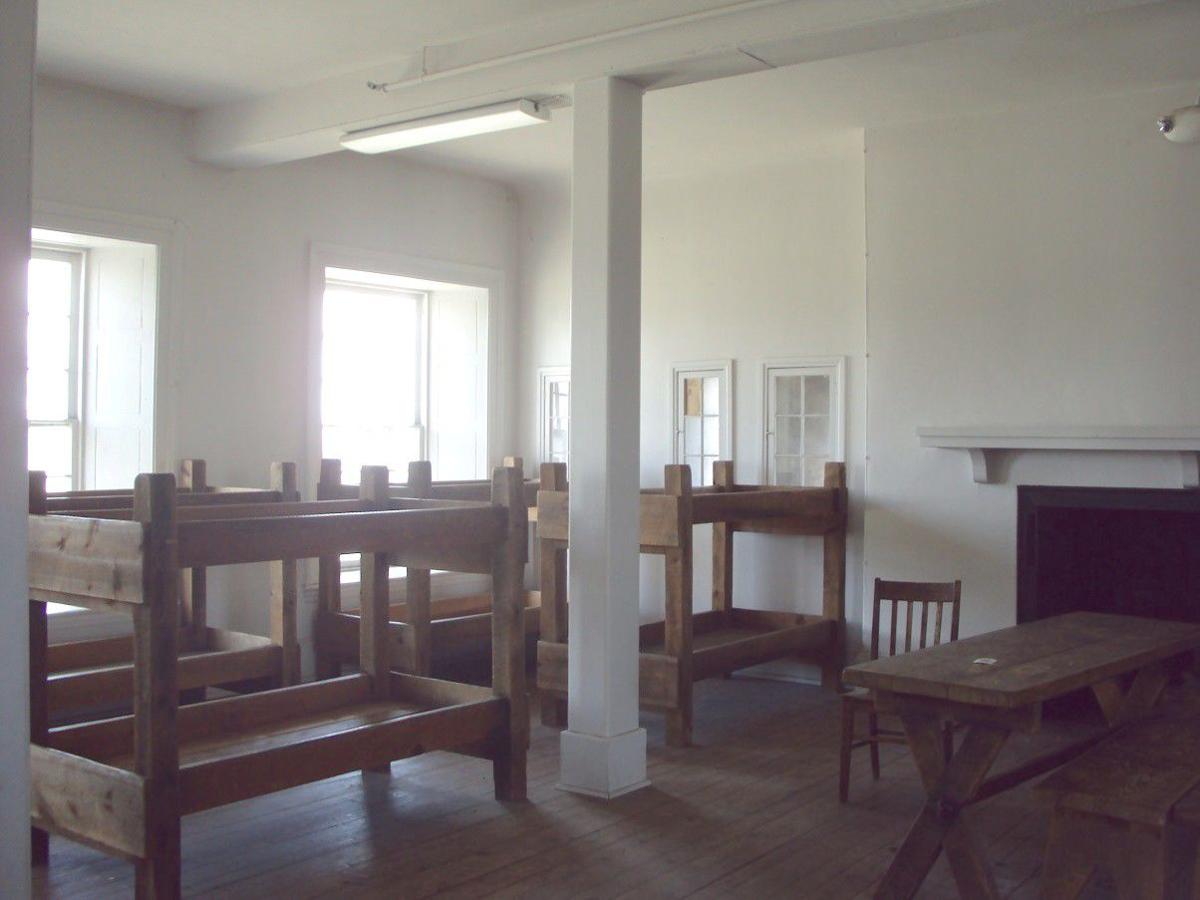 By John A. Braden

In 1861, four Michigan regiments rendezvoused at Fort Wayne. Not Fort Wayne, Indiana, but what is now called Historic Fort Wayne on the south side of Detroit.

The Fort was established in 1845 at the narrowest point of the Detroit River to guard against British threats from Canada. The barracks (constructed of river limestone and roofed with slate, so as to make them fire resistant) were completed in 1848, and the rest of the fort (a square with the corners at the points of the compass) in 1851. Starting in 1863, the kyanized cedar logs that had retained the earthen berms were replaced with brick walls, and underground casemates installed, with portholes aimed to enable cannon to blast anyone who reached the dry moat. However, as the need for artillery was more urgent elsewhere, cannon were never placed in the fort.

In the late nineteenth and early twentieth centuries, numerous buildings sprouted outside the fort proper, including additional barracks, Officers’ Row (dwellings for the commissioned officers), N.C.O. Row, a hospital, a guardhouse, etc. The fort served as a vehicle depot during WWI and WWII. From 1967 to 1971, residents displaced by the Detroit riots were housed at Fort Wayne. During the Vietnam War, many Michigan recruits received their induction physicals there. By 1972, all but a small lot had been leased by the Federal government to Detroit. An historical museum was set up in the 1848 barracks, a military art museum in the welcome center, and museums for Indigenous Americans and the Tuskegee Airmen were established in the larger houses (only the last museum remains open).

When Civil War reenacting took off in the 1970’s, Fort Wayne hosted a number of events, and buildings like the old guardhouse and commandant’s quarters were restored to their original glory. However, in the 1990s, Detroit collapsed and the fort was closed, with all personnel except a caretaker laid off. Under his negligent care, holes in roofs were left unrepaired, windows allowed to drop open, trees grew up alongside buildings (undermining them), chimneys collapsed, the 1890 hospital literally melted away (water running down the walls dissolved the bricks; it was razed in 2007), roofs of n.c.o. housing caved in (they are probably unsalvageable), window panes started falling out of the 1848 barracks, and the outer layers of the brick wall of the fort began peeling off.

Starting in 2002, the fort was reopened for an annual Civil War reenactment. In 2004 the Reenactors’ Coalition to Save Fort Wayne was formed. A one-million-dollar grant allowed the first floor of the 1848 barracks to be renovated circa 2005, with restored windows and indoor toilets. The Coalition has also replaced the five collapsed portals (covered wooden entryways to the underground casemates) and some of the deteriorating windows of the barracks. However, the rate of decay exceeds the rate of efforts to forestall it. Due to misguided efforts and priorities, most areas outside the fort proper have been left to rot. That the fort hosts “ghost tours” suggests that some in the Coalition seem to revel in the decay.

By 2004, Michigan Federals were holding a spring battalion drill at the fort. The fort is now open to the public again on summer weekends, and there is a Civil War reenactment there every year (plus representations of other eras during the summer). Despite farby elements (women under arms; soldiers wearing jewelry), it is special to wander the 1860’s brick casemates (reminiscent of Fort Sumter) or hang out in the barracks where generations of soldiers have hung out for over 150 years. The Coalition can be contacted on line at historicfortwaynecoalition.com. The 2018 reenactment is on June 9-10. Get there before it’s gone!