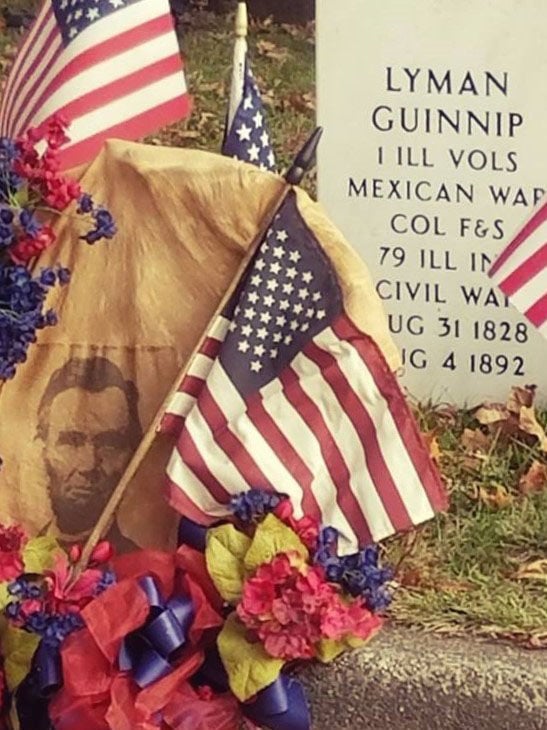 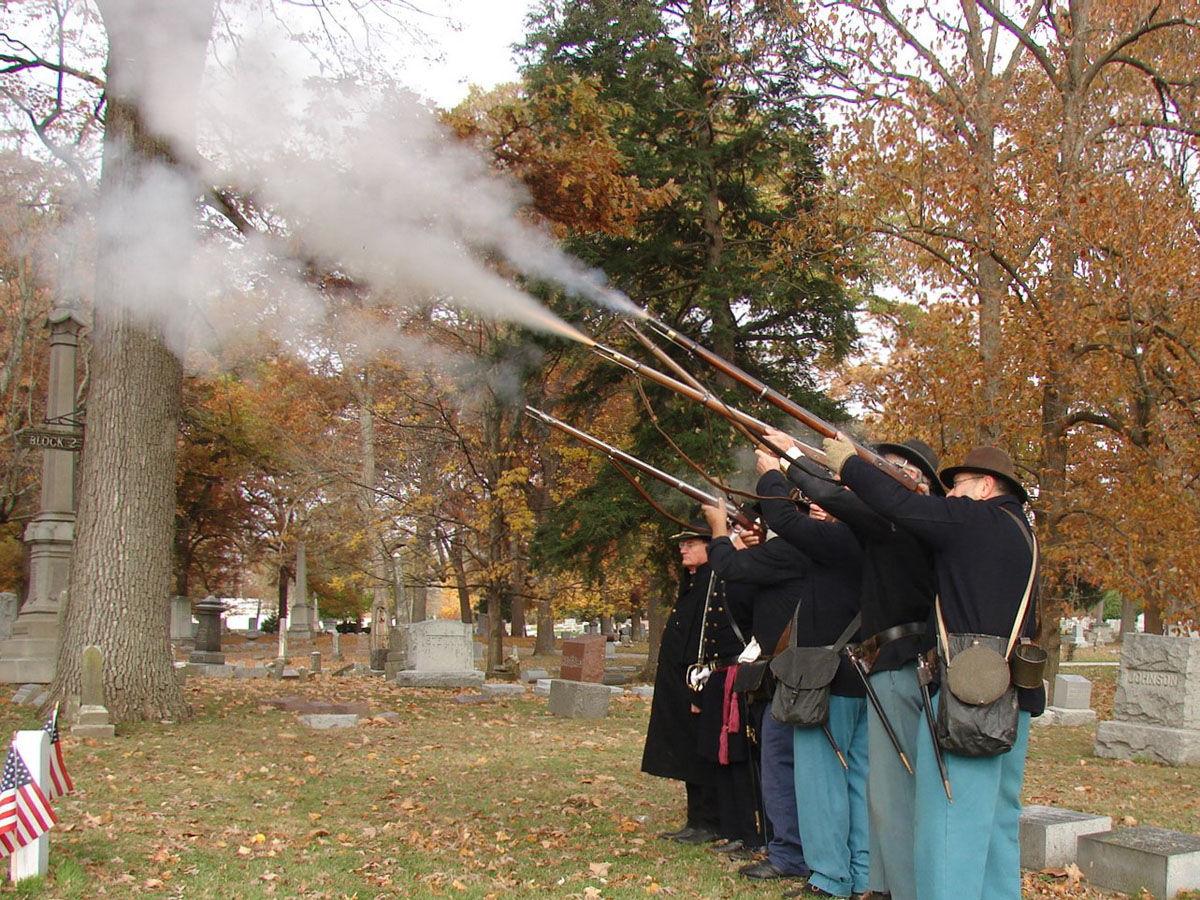 Members of the Ward Hill Lamon Civil War Roundtable and the Illiana Civil War Historical Society gathered at Spring Hill Cemetery at Danville, Illinois on Veterans’ Day.   They were there to dedicate the newly installed military headstone for Colonel Lyman Guinnip, a veteran of both the Mexican War and the Civil War.  Guinnip formed the 79th Illinois Infantry and served as their first Colonel in 1862.

“This is one of several stones for veterans that we’ve dedicated over the years,” the groups’ President Larry Weatherford said.  “But Colonel Guinnip has the most interesting and varied history of any of them.  He was an inventor, a businessman, a friend of Abraham Lincoln and well thought of by many local leaders; but also charged with theft and murder, led a group to burn down a newspaper building, and the list goes on.  His death in a Chicago elevator accident even made the national news of the day.”

Weatherford was familiar with the Colonel when contacted by local historian, Tim Smith.  Smith was working on a research project on Danville’s fabled United States Speaker of the House “Uncle” Joe Cannon, when he came across Guinnip’s gravesite.  Cannon had prosecuted Guinnip on murder charges in 1867, based on an event that had taken place in Danville during the Civil War in which a Confederate sympathizer was killed.  Guinnip was not convicted of the charges and is buried within a short distance of the man he was charged with killing, Dr. James Faris.  Weatherford said that he was familiar with that incident and another in Louisville in 1862, involving the freeing of a slave and confiscating items from a Confederate Colonel’s house.  The Louisville affair even got Abraham Lincoln involved.  But he was surprised at how much more that he and CWRT members Tara Auter and retired Judge Joseph Skowronski uncovered in their research.    “If there’s ever been anyone who was either loved or hated, it had to be ol’ Lyman,” Weatherford said.  “I don’t think there was any middle ground.  He was brilliant, and I think had good intentions most of the time, but he seemed to get himself into the strangest situations.”

Auter said, “If the Colonel and his family ever had gravestones at Spring Hill, they deteriorated over the years and were no longer there, or perhaps they were never permanently marked, other than in the cemetery records. With the personal and military information we compiled, the paperwork for the headstone was submitted to the Veteran’s Administration and in a few weeks, the stone arrived and was placed.”

At the Dedication Ceremony on Veterans’ Day, Donald Smith, Weatherford and Greg Green were among the speakers.  A wreath, flowers and flags were placed by the CWRT.   The 35th Illinois Infantry reenactment group’s Honor Guard, a part of the ICWHS, fired volleys to salute Colonel Guinnip, and followed those with another in honor of the thousands of other veterans buried in the cemetery, including over five hundred Civil War veterans.  The Honor Guard consisted of Eugene Bencomo, Mike Wilson, Doug Sowers, Mike Auter and Jerry Stanis.  Other Union and Confederate gravestone dedications are planned by the groups for next spring.