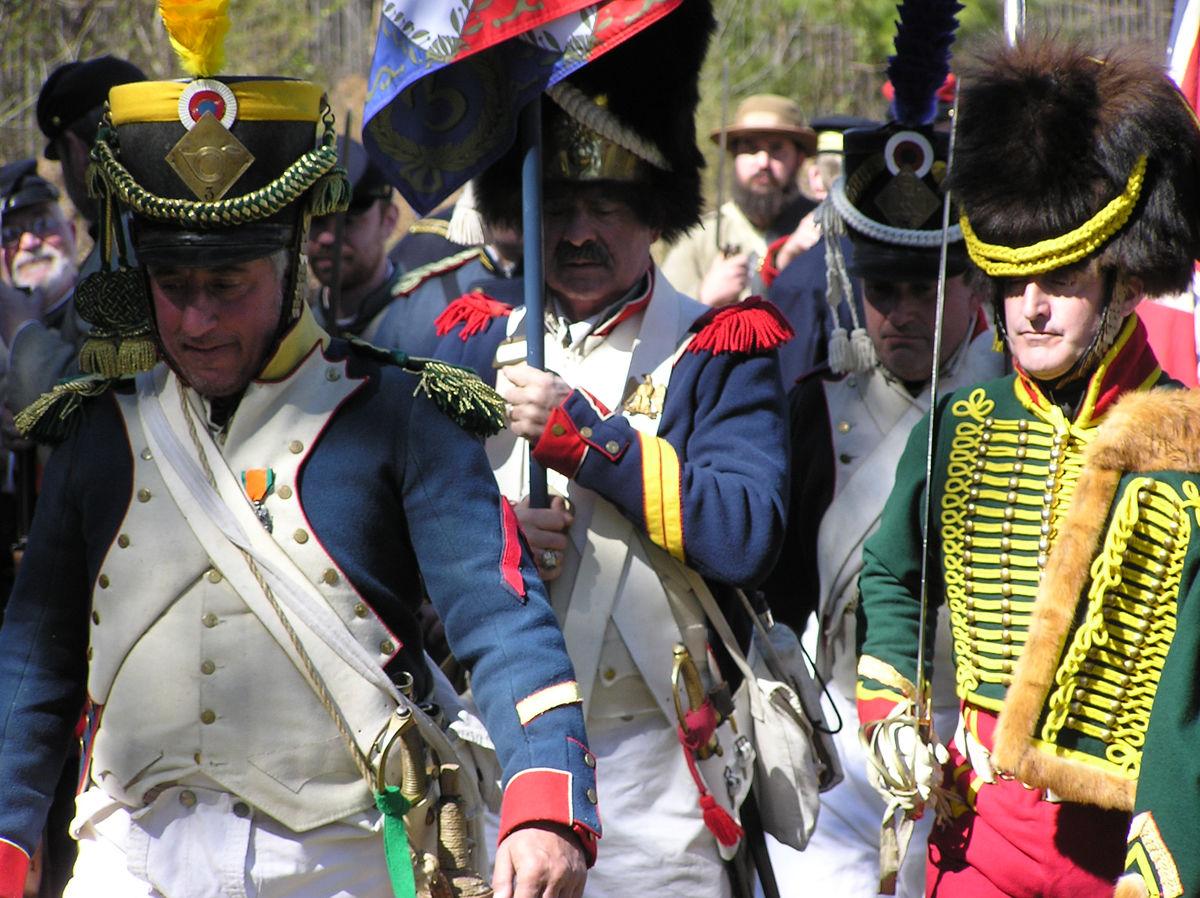 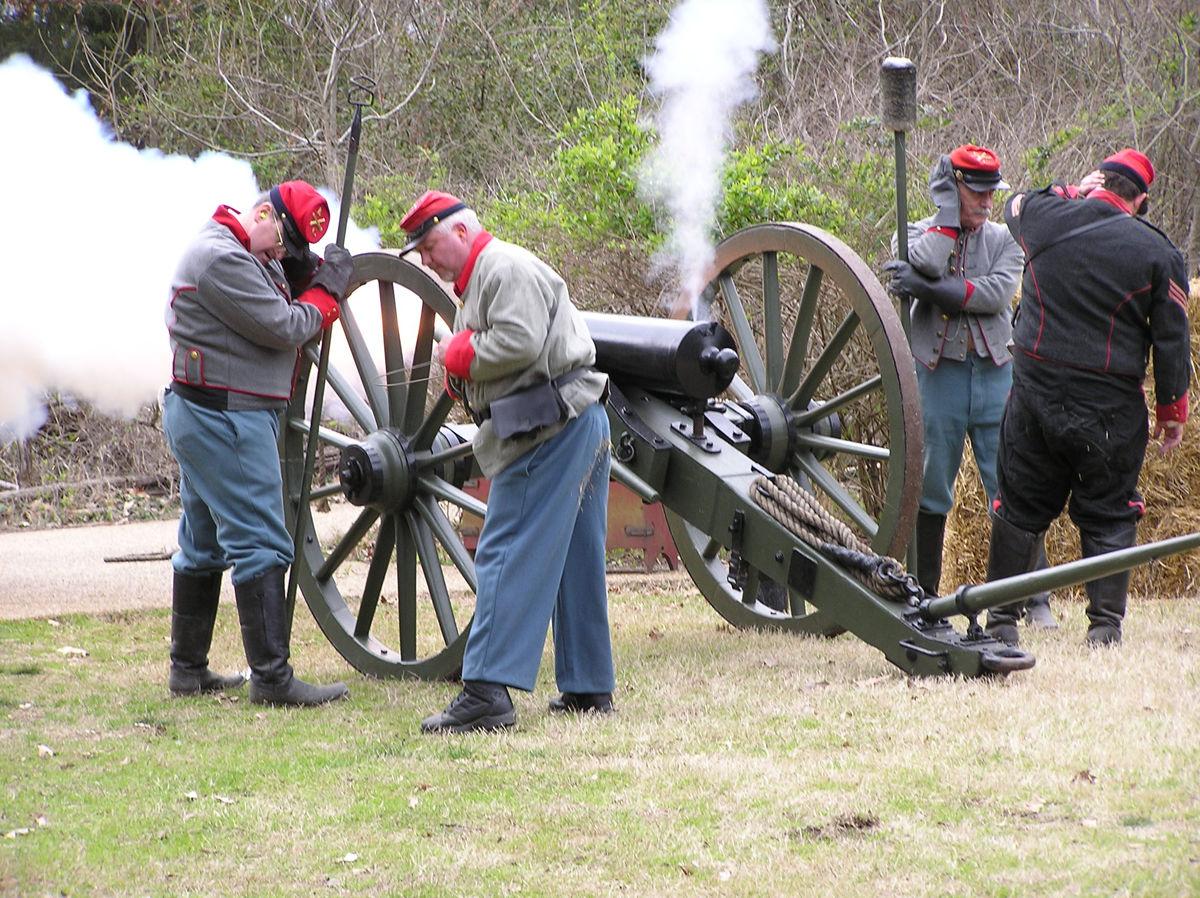 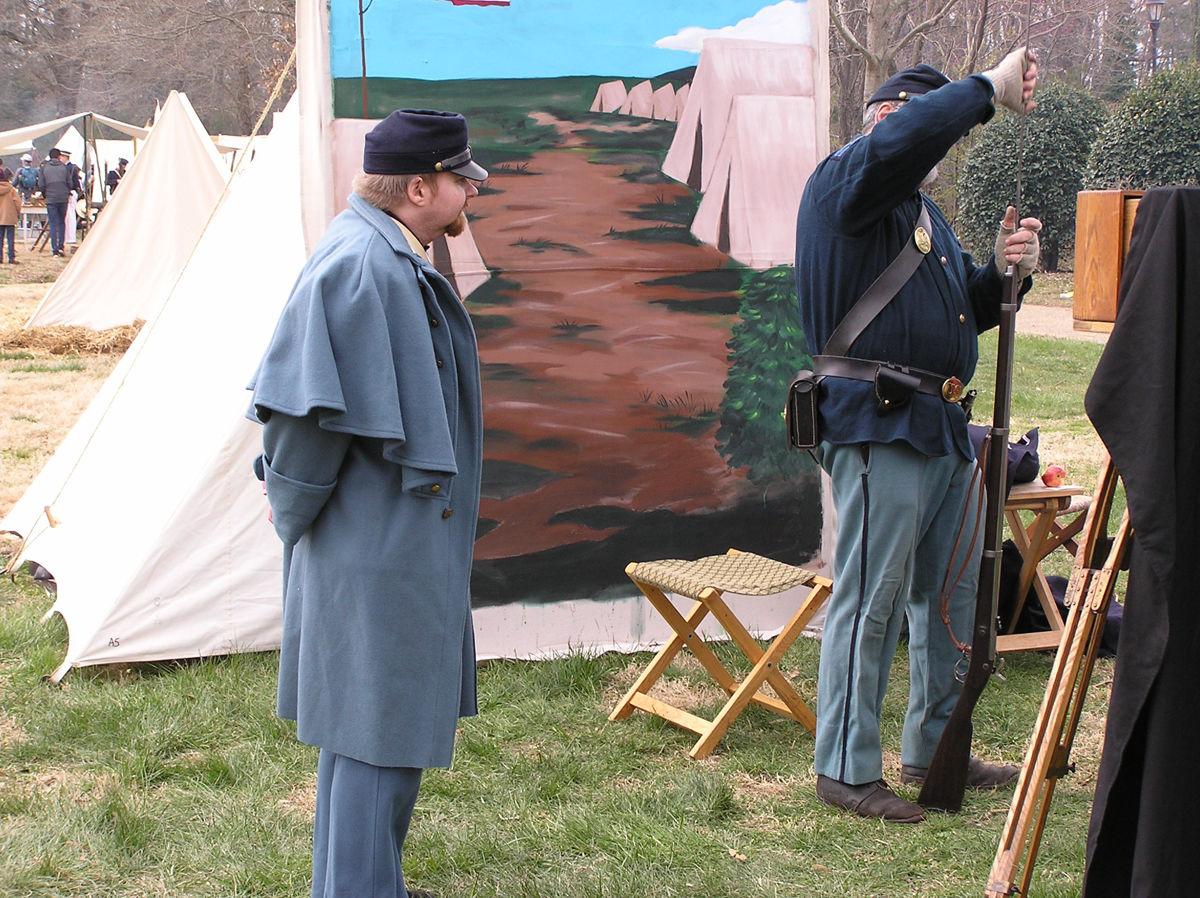 Special to the Civil War Courier

Hundreds of re-enactors depicting armed forces from the fifth century B.C. to modern times came together on Saturday and Sunday, March 17 and 18, 2018, for Jamestown Settlement’s “Military Through the Ages” event in Williamsburg, Virginia.

This chronological display of military history, held each year at Jamestown Settlement since 1984, featured re-enactors and modern-day units showing how uniforms, weapons and military tactics evolved through the centuries, as well as aspects of field communication and medical treatment. Visitors were encouraged to interact with re-enactors to learn how soldiers attired and armed themselves, as well as how they were fed and housed in times of war.

A highlight of this year’s event was the centennial observance of World War I. “Profiles of Honor,” a traveling exhibition sponsored by the Virginia World War I & II Commemoration Commission, at Jamestown Settlement on both days of the event. The weekend also featured artillery firings and a Sunday military pass-in-review. Merchants were also on hand to sell reproduction wares.

The soldiers start with the 5th Cent. BC Warriors of Greece and the 62 AD Legio IX of Rome, through the 1529 Das TeufelsAlpdrucken Fahnlein (The Devil’s Nightmare Regiment) and the 1806 3e Regiment de Curassiers (Napoleon’s Grande Armee), to the 1945 1st Canadian Parachute Battalion and the 2018 Virginia Army National Guard: 111th Field Artillery.

Civil War units at the event

They had examples of equipment for use in basic gunnery (including range chart) and the other tools that would be used during the period for artillery as well as the cannon and its limber. There were also replica shells on display. They answered questions and demonstrated artillery, including the steps required in loading and firing a 12 pound Napoleon of the type used by both sides in the War.

Confederate Naval Services established a permanent garrison at Drewry’s Bluff, just a few miles downriver from Richmond on the James River. This establishment created the need for training of the Confederate Naval Service during the Civil War. The Naval Services at this event provided information on the history and operations of the units during the War. Visitors had the opportunity to receive hands-on instruction on the use of period navigational equipment, presented by an actual navigational instructor for modern ship captains in training. There were instructions on how to make and roll musket cartridges (with replica black powder) which visitors took home as a souvenir cartridge they made themselves. The CS Marines conducted demonstrations of ‘guard mount,’ close-order drill, and non-firing loading drills.

Visitors could learn about specific military and civilian activities that would have taken place in the spring of 1863, within a Garrison encampment prior to the start of the Gettysburg Campaign. There were instructions in bayonet drill that visitors could participate in. By actively interacting with both military and civilian components of the Regiment, visitors had a better understanding of what the overall military of that time experienced beyond what was seen on the Military Demonstration Field.

Near the site of the original colony, Jamestown Settlement tells the story of 17th-century Virginia; from the arrival of English colonists in Jamestown in 1607 to the cultural encounters and events that planted the seeds of a new nation. The world of Jamestown, America’s first permanent English colony comes to life through film, gallery exhibits, and outdoor living history.

Expansive gallery exhibits and an introductory film describe the cultures of the Powhatan Indians, Europeans and Africans who converged in 17th-century Virginia, and trace Jamestown’s beginnings in England and the first century of the Virginia colony.

Climb aboard re-creations of the three ships that sailed from England to Virginia in 1607, and explore life-size re-creations of the colonists’ fort and a Powhatan village. In the outdoor areas, costumed historical interpreters describe and demonstrate daily life in early 17th century Jamestown.

This unique museum of American history and culture is located adjacent to the entrance of the original site, Historic Jamestowne, administered by the National Park Service and Jamestown Rediscovery on behalf of Preservation Virginia.

The American Revolution Museum at Yorktown tells anew the story of the nation’s founding, from the twilight of the colonial period to the dawn of the Constitution and beyond. Exciting new indoor galleries feature period artifacts, immersive environments, interactive exhibits and films, including “The Siege of Yorktown,” with a 180-degree surround screen and dramatic special effects.

In the outdoor living-history areas, visitors can witness artillery demonstrations, drill with wooden muskets at a re-created Continental Army encampment and explore a Revolution-era farm based on a real-life 18th-century family. The state-operated museum of the American Revolution is an excellent starting point for a tour of Yorktown.