Free access for current print subscribers
Get Started
You are the owner of this article.
Edit Article Add New Article
You have permission to edit this article.
Edit
Home
News
Sports
Living
Arts & Entertainment
Special Sections
Classifieds
Obituaries
The Job Network
1 of 4 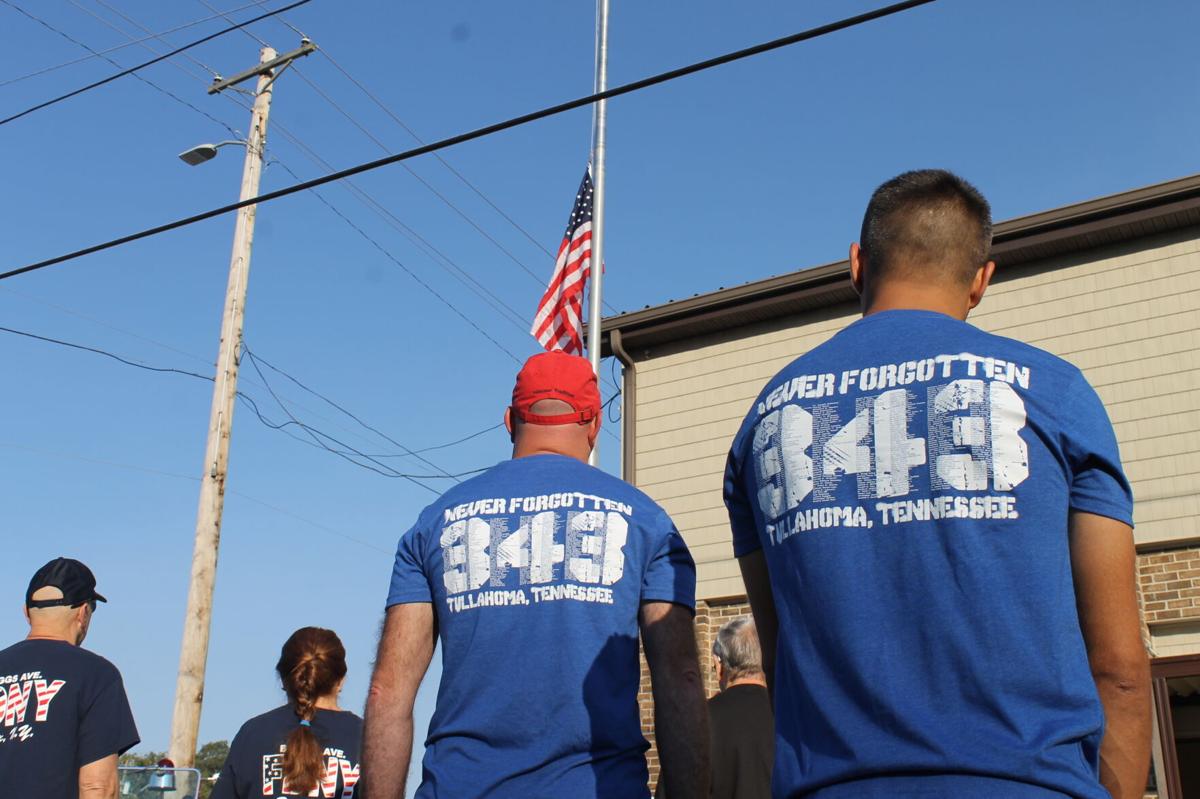 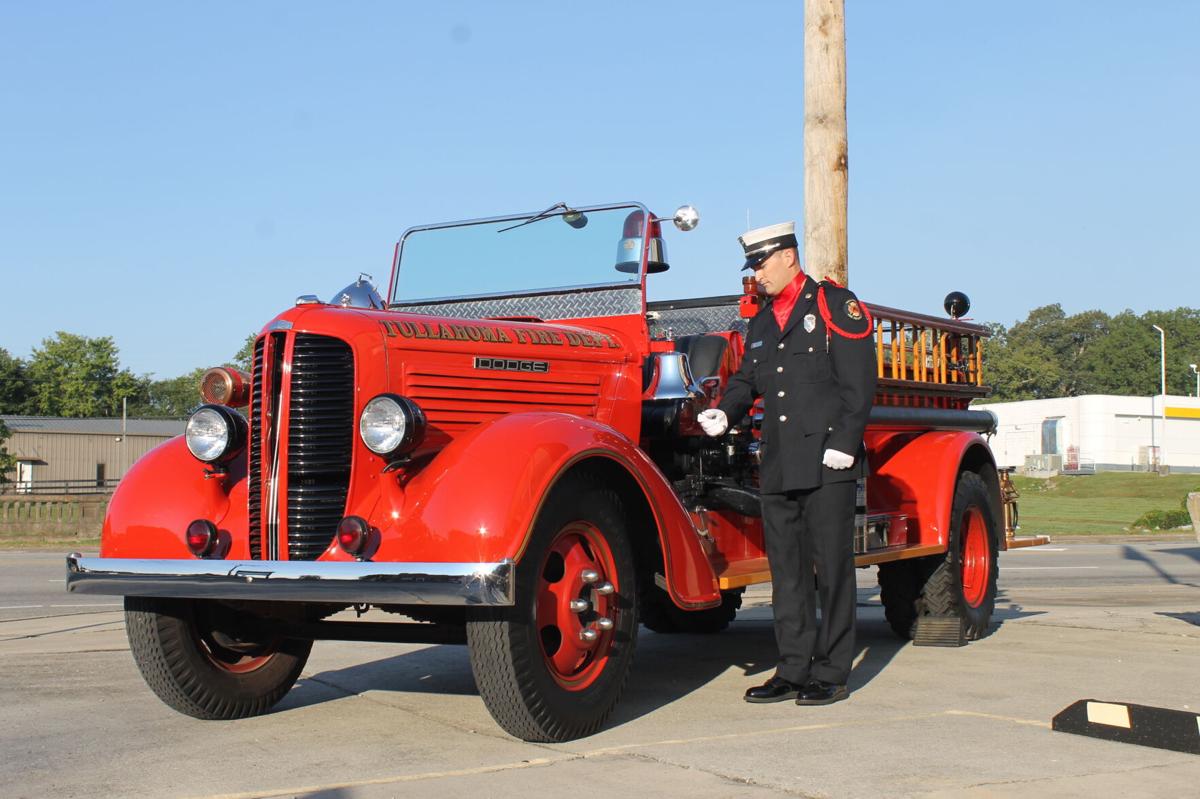 TFD Engineer Chris DeTeresa rings the bell of the vintage fire engine in honor of the 343 FDNY firefighters who lost their lives in the terrorist attacks of Sept. 11, 2001. 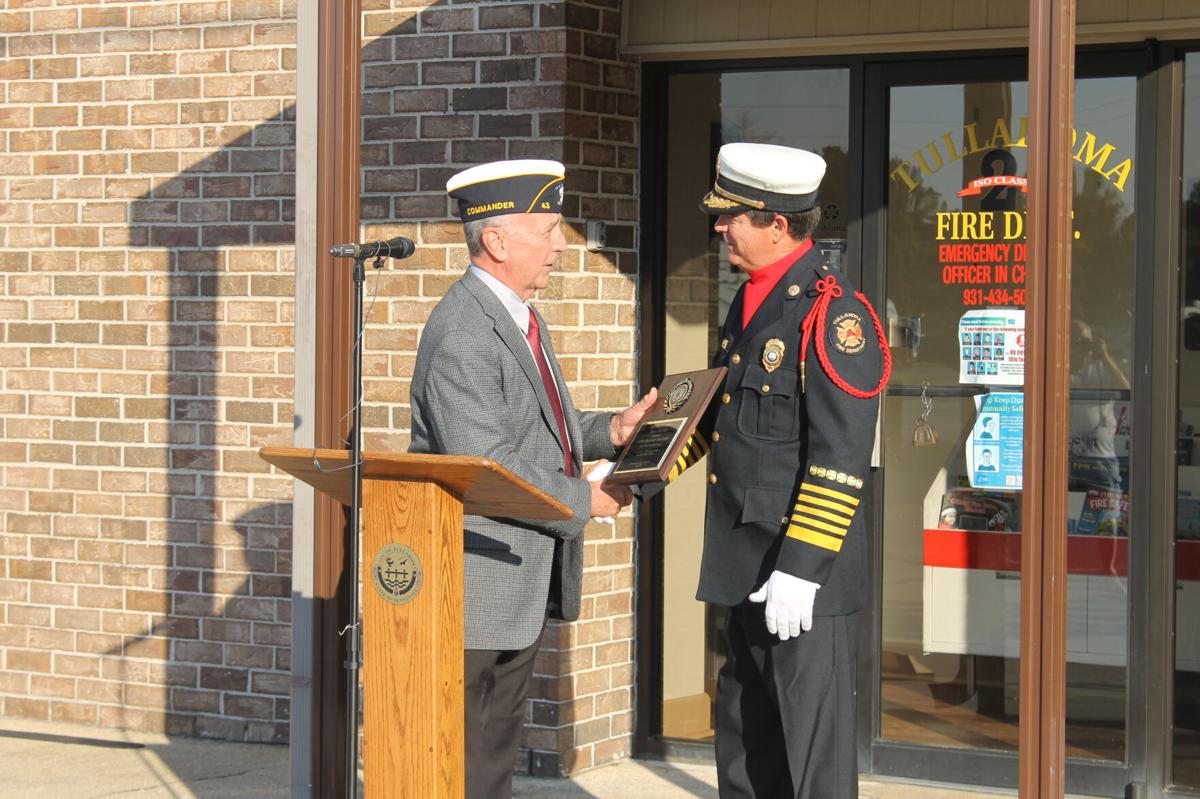 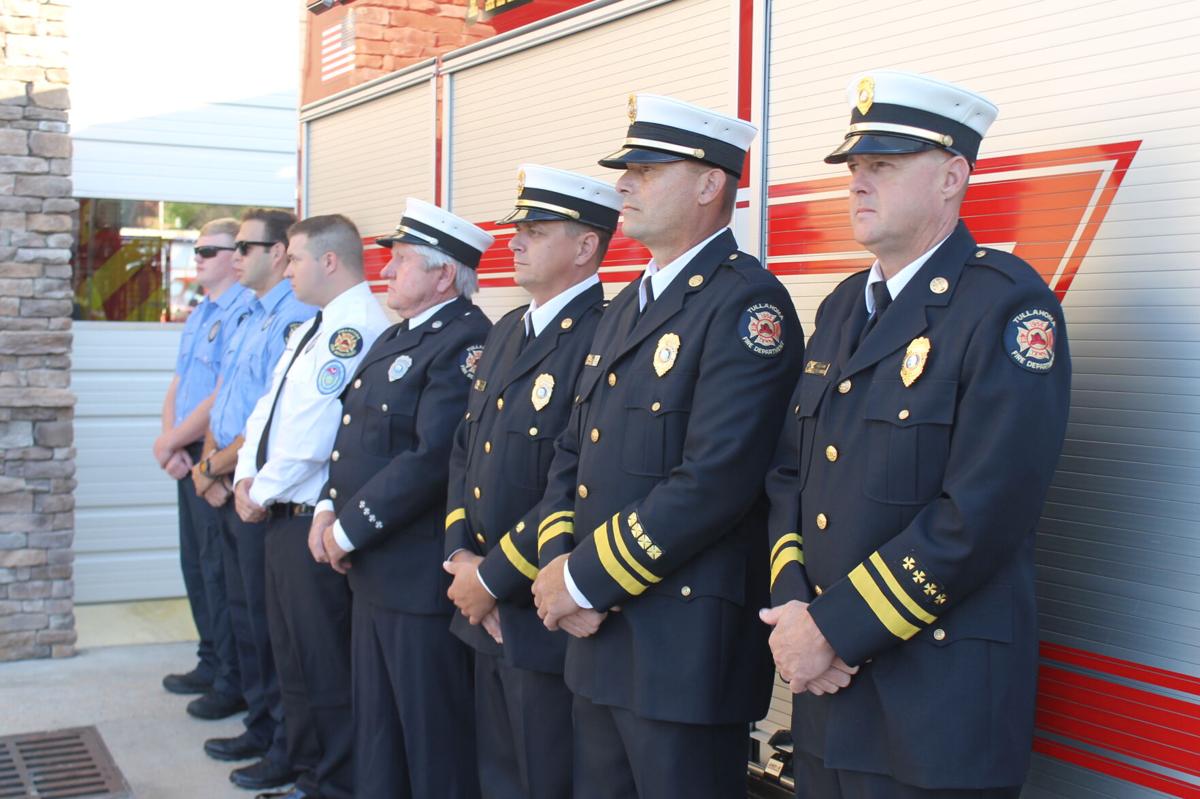 Saturday morning on the 20th anniversary of the terrorist attacks of Sept. 11, 2001, the Tullahoma Fire Department gathered once again to remember those who were killed in the attacks.

Each year since 2001, the Tullahoma Fire Department has gathered on or around Sept. 11, to honor the nearly 3,000 lives taken when four commercial airplanes were hijacked. Three of the planes hit the Twin Towers of the World Trade Center in New York City and the Pentagon in Arlington County, Virginia. The fourth plane crashed into a field in Shanksville, Penn., after the passengers of United Flight 93 overpowered the hijackers, rerouting the plane away from its intended target of Washington, D.C., killing all passengers and crew members, as well as the hijackers.

Specifically, the fire department pays homage to the 343 New York City firefighters and paramedics who were killed going into the towers to save civilians and never made it out.

Remarks given by interim Fire Chief Kenneth Pearson and Mayor Ray Knowis centered on the spirit of togetherness that arose from the dust of the fallen towers, as well as the heroism of those firefighters and other first responders who ran toward the danger that day in fulfillment of their oaths to protect their communities.

“Patriots from all backgrounds and all walks of life responded without hesitation, even at the risk of their own lives—especially our firefighters,” the mayor said during his remarks.

Engineer Chris DeTeresa, also an honor guard member, was again tasked with the ceremonial ringing of the bell on the vintage fire engine during the commemoration, a role he has held the last several years. The bell was rung in a 3-4-3 pattern, honoring the FDNY members who were killed on that day 20 years ago.

The ceremony also saw two first responders honored by American Legion Post 43 as Patriots of the Year. Over the last several years, the local Post has been recognizing one member of the Tullahoma Police and Tullahoma Fire departments for their actions in the line of duty.

Post Commander Alan Harris first recognized the member of Tullahoma Police Department. The 2021 police Patriot of the Year was Inv. Jason Maloney. Maloney could not be in attendance Saturday, Harris said, so Police Chief Jason Williams accepted the award on Maloney’s behalf.

Williams thanked the American Legion for the honor for Maloney, adding that the investigator would like have not wanted any special attention paid to him doing his job.

“He would just say that everything he does is doing his job for the safety of Tullahoma,” Williams said.

This year’s fire department Patriot of the Year was a surprise to its recipient. Harris said this year’s firefighter of the year was former Fire Chief Richard Shasteen.

Shasteen, who said he was “totally unprepared” for the award, joked that he tried for many years to be named Firefighter of the Year through the annual Tullahoma’s Finest survey and the Patriots Day designation without success.

“If I’d known all I needed to do was retire, I could have done it a long time ago,” he said.

Shasteen called the award “a huge honor” that he was “not worthy” of, as there were so many people still in his department that did amazing work each day. He added that he was accepting the award with gratitude and immense appreciation who voted him as this year’s recipient.

“I’m truly honored and blessed to be here,” he said. “I’m honored to be still a firefighter at heart.”