Work is well underway on the downtown crosswalks and roads, according to city officials. City Administrator Jennifer Moody told The News that crews from Rogers Group have already completed some preliminary work on the crosswalks and islands located in the downtown area as they prepare to repave several downtown streets.

Drivers may have noticed pinkish dust around the crosswalks and the island on West Lincoln Street – this dust is residue from saw cutting work done by Rogers Group to prepare to remove the crosswalks.

According to an email sent to downtown businesses and provided to The News, the construction work began March 4 and is expected to be completed by April 10.

It is the city’s hope that any traffic disruptions will be kept to a minimum, which will mean any impact felt by the businesses will be minimal as well.

The work to be completed includes repaving the road surfaces and improving the accessibility at the pedestrian crossings at Lincoln/Jackson, Atlantic/Lincoln and Atlantic/Grundy streets.

According to a construction timeline provided to The News, the majority of the prep work has already been completed, including saw cutting and removing certain portions of the crosswalks. All this work was done between 7 p.m. and 6 a.m., according to the timeline.

The construction work is dependent on the weather; however, meaning the recent bursts of rain may have set the timeline back a bit for more prep work.

All downtown businesses are being kept abreast of the continuing construction work, according to city officials.

The timeline can be found below. 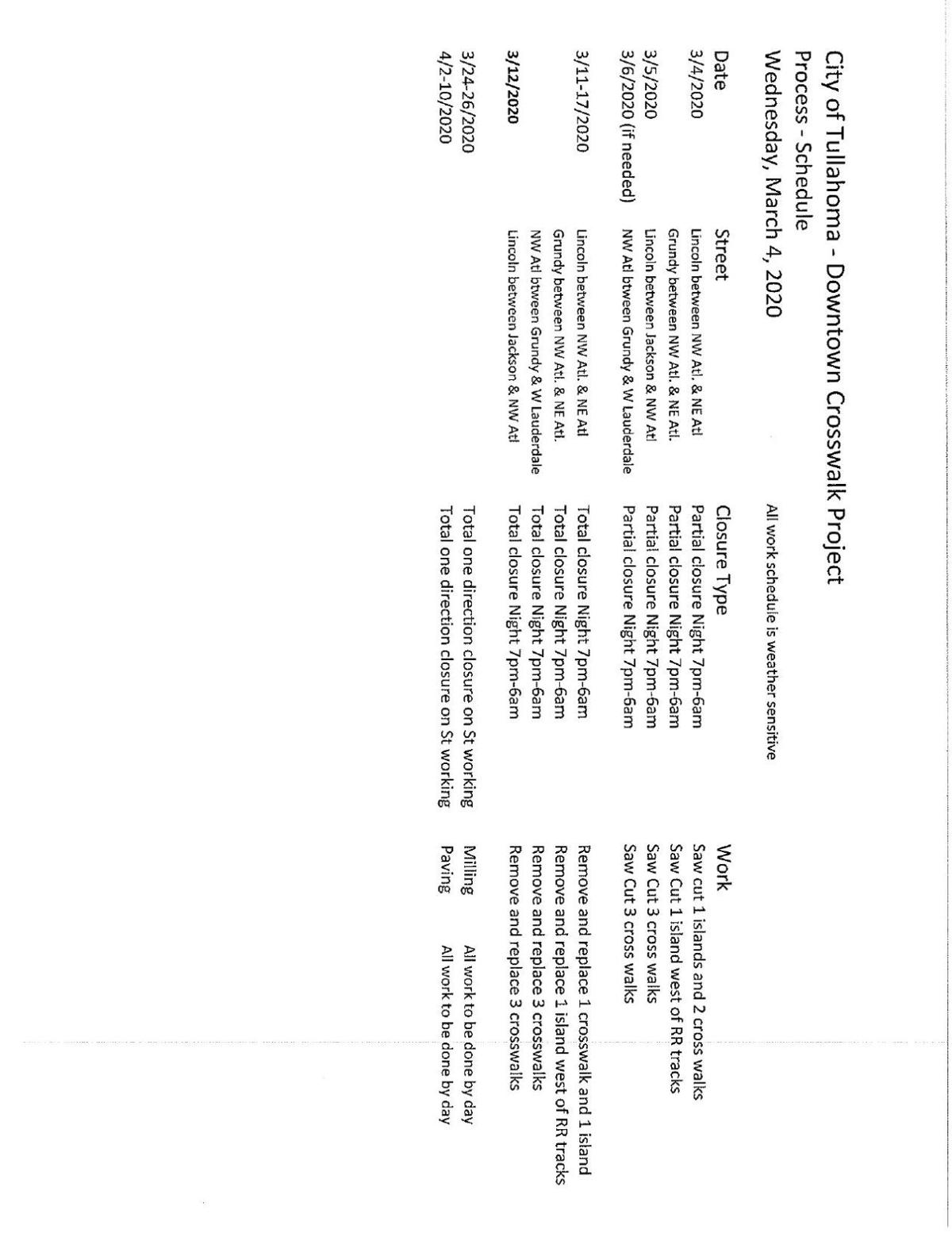