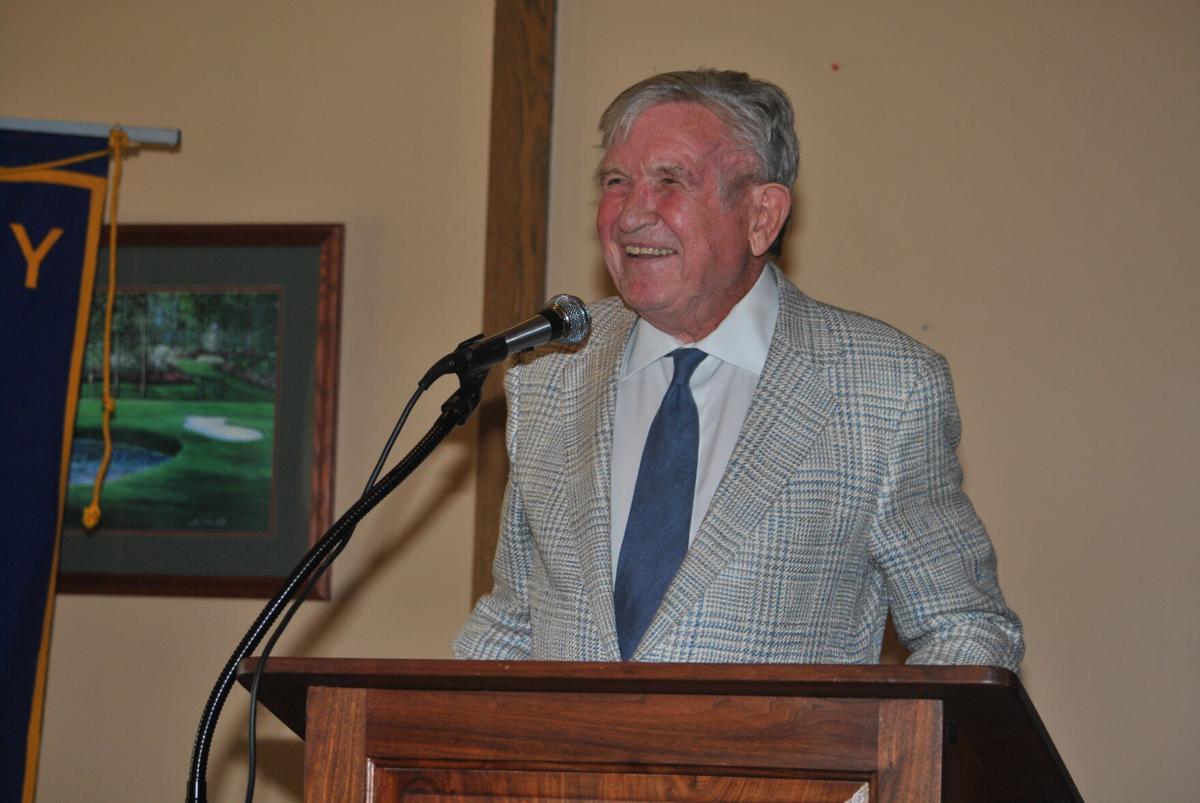 Johnny Majors speaks at a Rotary Club meeting in 2013. The former coach of the Tennessee Volunteers died at his Knoxville home early Wednesday morning, June 3. 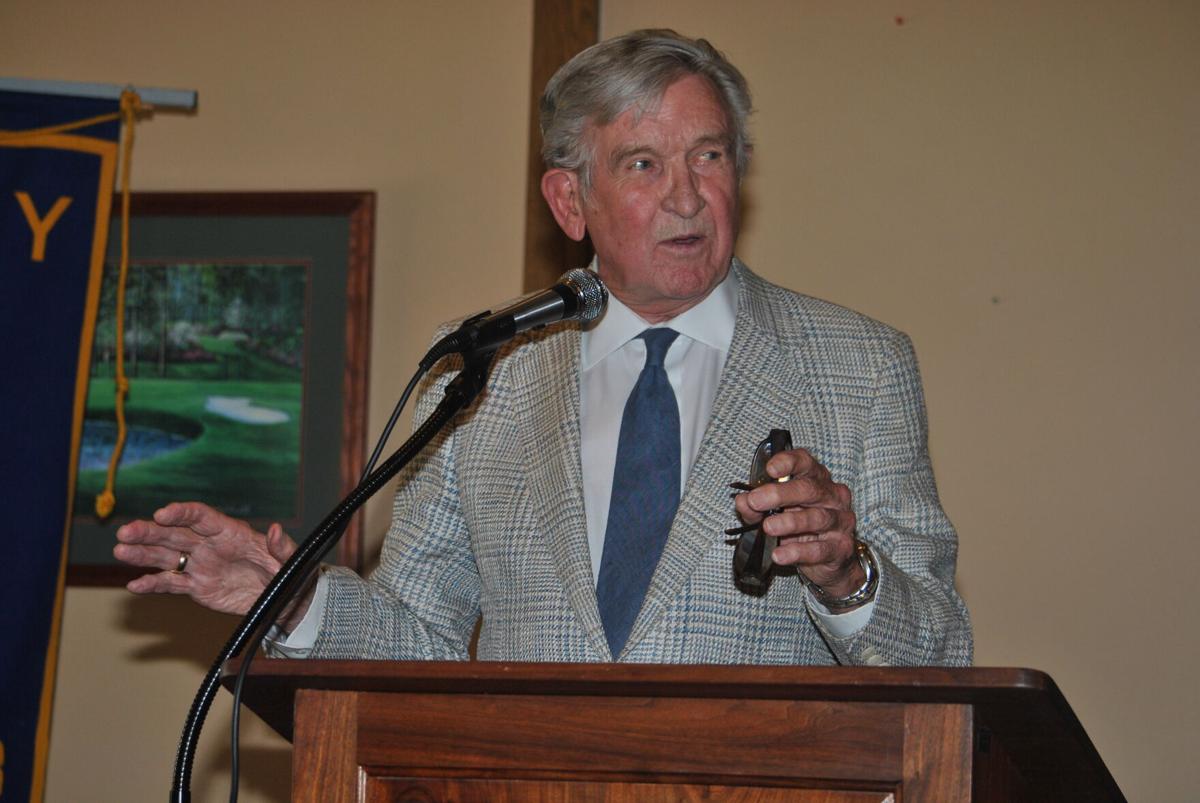 Johnny Majors speaks at a Rotary Club meeting in 2013. The former coach of the Tennessee Volunteers died at his Knoxville home early Wednesday morning, June 3.

Former University of Tennessee legendary player and coach Johnny Majors, 85, died early Wednesday at his home in Knoxville, that according to his wife Mary Lynn.

As coach of the Vols, Majors led Tennessee to three SEC championships. Prior to taking over at his alma mater, Majors led the University of Pittsburgh to a national championship.

Before his coaching days, Majors was a native to the area, growing up in Lynchburg. He even played one season at Lynchburg High School, where the team won just one game. That victory was a 19-13 win, which came over Huntland, the team that Majors’ dad coached.

“I scored two of the three touchdowns in that game,” Majors said during a visit to Tullahoma back in 2013. “I ran an interception back for one and I scored on a run. My dad said, ‘That would be the last dang time a son plays against me,’ as I was the oldest of five boys.”

Majors adhered to his father’s request and, following that one season in Lynchburg, transferred to play for his father at Huntland. The Hornets went on to win the Tennessee State Title in 1951.

But Majors wasn’t about to rest on those laurels. He had much bigger football dreams, suiting up for a college team. He got that wish and took the field for the University of Tennessee, playing both sides of the ball.

In 1955 and 1956, Majors was named the SEC Most Valuable Player of the Year. In ‘56, Majors was a runner-up for the Heisman Trophy, losing to Paul Hornung from Notre Dame.

Following his playing days, Majors accepted his first head coaching position in 1968, taking over the program at Iowa State University. In five seasons, the Cyclones compiled a record of 24-30-1.

After leaving Iowa State, Majors accepted the head coaching position at the University of Pittsburgh in 1973. Majors enjoyed plenty of success at the helm of the Panthers’ program, including winning the national title in 1976. That season, Pittsburg went 12-0 and ended the year with a win in the Sugar Bowl. Majors also received national coach of the year honors.

One year removed from reaching the top of the college football world, Majors was back in Knoxville, this time as head coach of his alma mater. In his 16 seasons in charge of the Vols, Tennessee won three SEC championships, coming in 1985, 1989 and 1990.

Majors resigned from his head coaching position in late 1992. Then interim coach Phillip Fulmer led the Volunteers to a 3-0 record that season, as Majors was recovering from heart surgery. Upon his return, Tennessee went 2-3, and he was asked to resign.

Following his departure Knoxville, Majors returned to Pittsburgh where he saw limited success. He retired from coaching altogether in 1996. Majors then served as Special Assistant to the Athletic Director and Chancellor at Pitt until the summer of 2007.

After leaving that position, Majors returned to Knoxville, where he resided with his wife. Despite not coaching, Majors always held the University of Tennessee program close to his heart.

“He gave many of us coaches our start in big-time college football,” said Fulmer, who now serves as Tennessee Director of Athletics. “He mentored us, pushed us and allowed us to be part of the proud resurgence of Tennessee football. He touched and changed many lives for the good, and our thoughts are with his family, former players and great fans who are remembering him today.”