City officials have big plans for the upcoming park planned on Silver Street in the Northeastern section of town, and they’re seeking more grant funds to make it happen.

Community Development Coordinator Winston Brooks said he has applied for a BlueCross BlueShield of Tennessee Healthy Place Grant in order to mitigate the amount of city funds used to implement the park.

According to Brooks, BlueCross Healthy Place grant funding could be anywhere from $500,000 to $2 million if the application piques the interest of the health insurance company.

According to the BCBST website on the grants, the proposals must meet certain criteria in order to be considered for funding.

The proposed projects must be free to the public, demonstrate a community benefit and include community input, commit to seeking community engagement throughout the planning and development process, include a project implementation timeline and budget and sustainability plan and agree to exclusive branding, naming and signage rights for BCBST.

The new city park already checks a number of those boxes for the grant, according to city officials.

Because it will be a city park, the area is free and open for public use. The community was invited to give input on their preferred amenities in March. As for community engagement, Brooks said the park plans include a space for public art, a basketball court mural, a water play station, a gaga ball court and playground equipment – something people of all ages can enjoy.

The new park is part of a larger strategic effort to increase access to recreational opportunities within walking distance, according to comments from Mayor Lane Curlee earlier this year.

“I am committed to helping Tullahoma be a healthy, fit community and supporting projects that create wellness opportunities accessible to all residents,” he said. “With this project, we’re looking forward to providing a community space for play and recreation on Tullahoma’s east side.”

The proposed park sits on a nearly 4-acre piece of land that was donated to the city three years ago. The land is located in between Silver and Freeman streets.

The BCBST grant isn’t the only funding source, according to Brooks. The city also received a grant from the Tennessee Department of Health. The Access to Health through Healthy Active Built Environment grant is also helping to fund the project so that the city can plan, develop and construct a “fitness park,” according to city officials.

A full mock-up of the designs can be found below.

Erin McCullough may be reached at emccullough@tullhaomanews.com. 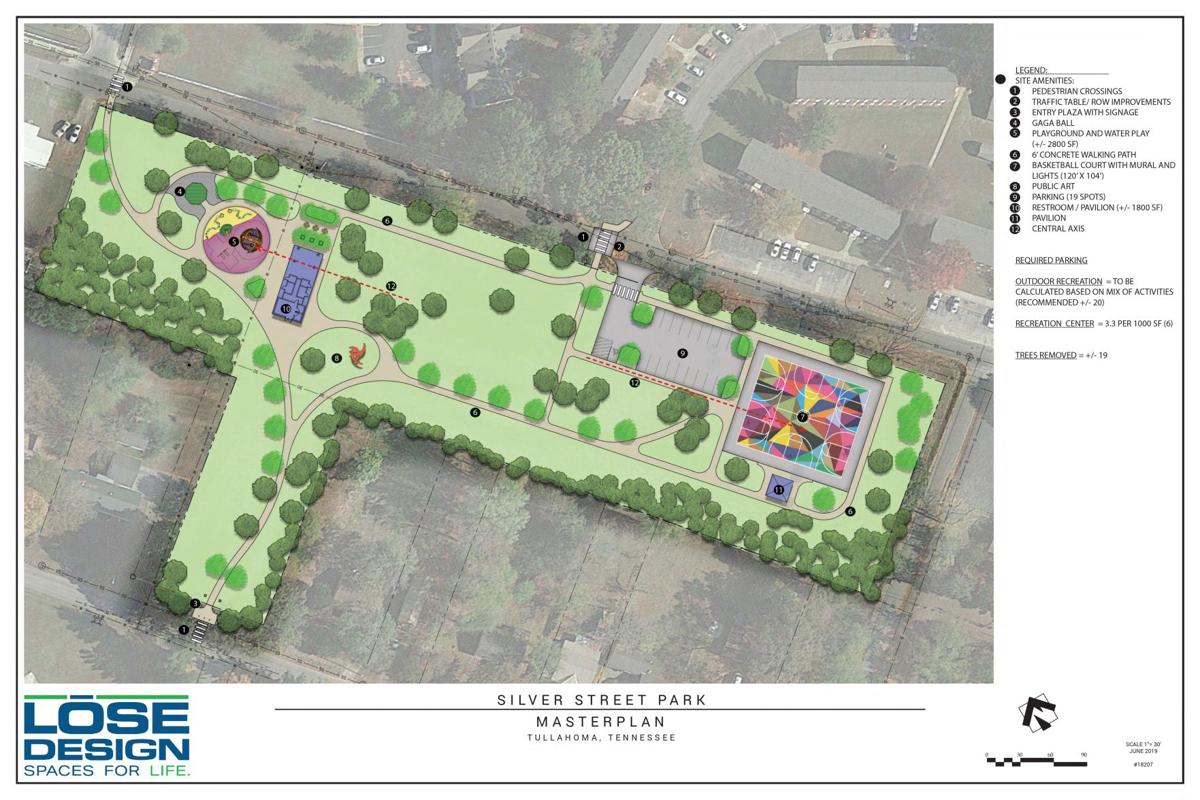