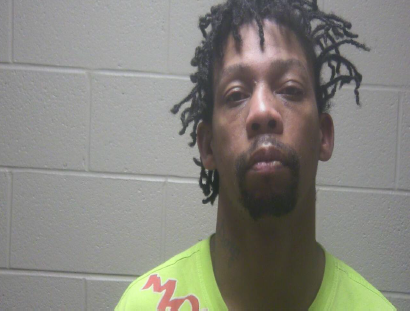 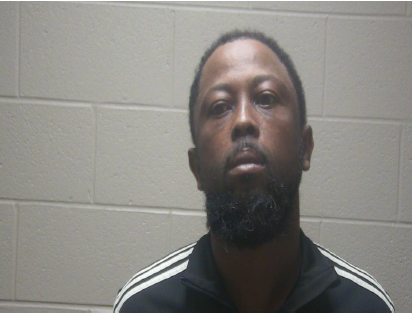 A pair of Huntsville men face armed robbery charges after they were collared after robbing a woman with a machete at her home just outside the Tullahoma city limits.

Coffee County Sheriff Department has arrested Darius Lankford, 38, and Leo Anthony Sewell, 44, of Huntsville and charged them with especially aggravated robbery, aggravated assault, and aggravated burglary. Sewell is also charged with aggravated sexual battery for making advances toward the victim during the robbery. The incident happened just after 7:30 a.m. this past Saturday at the victim’s residence located near the Highway 55 market. Lawmen revealed the two suspects allegedly robbed the Brian Boulevard resident of between $1,000 and $1,500.

The witness, who requested her name not be used, told the paper her brother was warming up his truck around 7:30 a.m. when her Chihuahua started barking.

The woman said walked into her living room to find two men standing there. Men she did not know. Startled by the intrusion, she asked the men - “Who are you? Do I know you?”

The witness said that the two men let on like they knew her even though she insisted to them she didn’t know them. She then asked them what they needed and one of the suspects reportedly told her they were out of gas. The woman agreed to help them, noting the two men were, at that point, acting pretty nice. She started to feel a little optimism about the situation and grabs her wallet and a bag with some money in it.

“When I started the car, they jumped on me. They grabbed my wallet, my everything. The only thing they didn’t get was my phone, but we fought for a little while in my driveway,” she recalled of when things went bad.

“I was fighting to keep my stuff,” the victim said. “They weren’t hitting me; they didn’t have no weapons or anything. They were wanting my stuff. They jerked my keys out of the column.”

Things went from bad to worse when one of her attackers went around to the side of a truck and picked up a machete.

“He said, ‘If you don’t let this stuff go, I’m going to have to hurt you,’ so I just let it go. I just said I think you’re on camera,” the victim said.

The witness gave lawmen a description of her attackers and their vehicle, which was parked on the far side of a local welding shop.

“When the car drove off, I didn’t know they had a third person,” she said. “The gas jug they had was mine. They had a sock wrapped around it so they didn’t get their DNA on it, but the investigator took the sock with him.”

Soon after the police responded, and issued an all-points-bulletin for the vehicle, the car was pulled over on Highway 130 in Franklin County.

“They picked them up in like 25 minutes,” she said.

The witness said that investigators were surprised that someone chose that house at random. She maintains that she has no connection to the attackers.

“I don’t know anybody. I’ve never seen them before in my life,” she said. “These people are telling the police that we had a deal going on -- crack cocaine. I’m not a drug dealer.”

The victim said that she is missing her phone, her wallet and items, including cash, from the bank.

“If you have my stuff, I need it. I don’t have my driver’s license, my bank card, no phone, no car keys and no house key. What am I going to do? I need my stuff. I don’t care about that money, but I need my stuff. I want to ask (the attackers) why did you drive all the way down and pick me.”