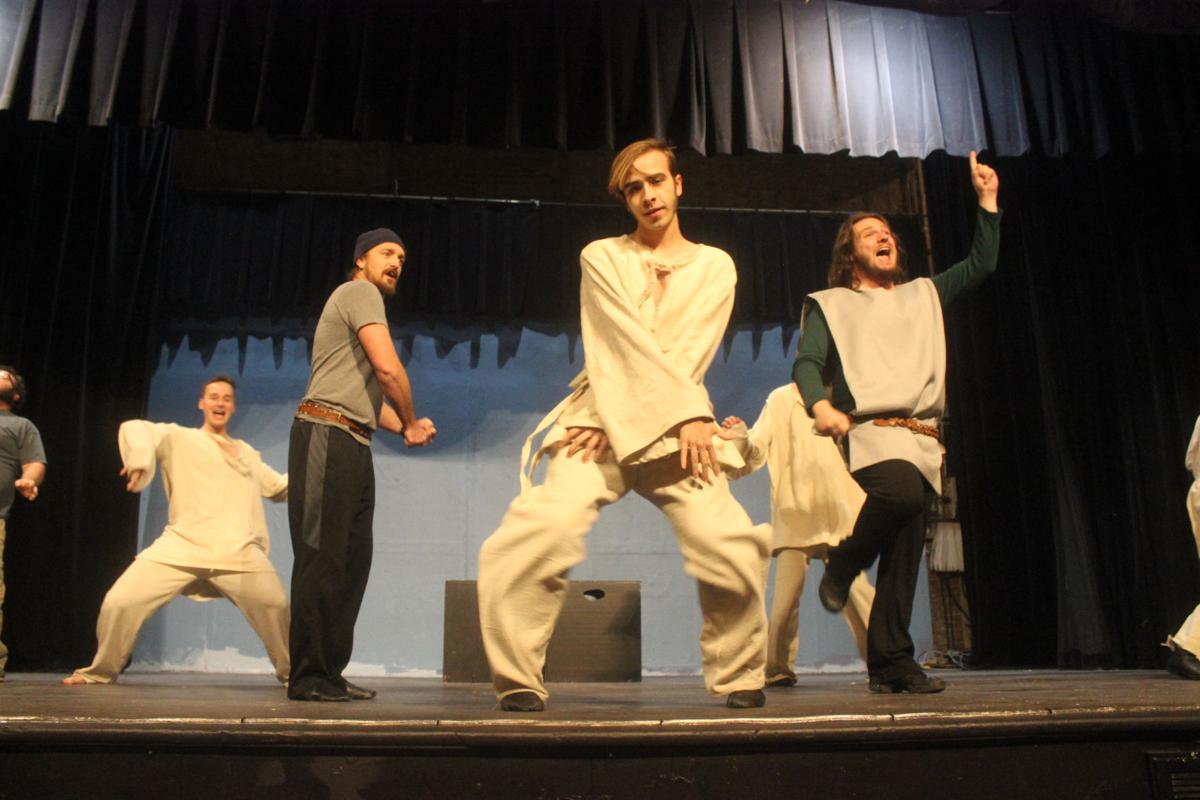 A production of the 2015 Tony Award winning musical comedy Monty Python’s Spamalot is coming to South Jackson Civic Center this weekend. Spamalot “lovingly rips off” the 1975 film “Monty Python and the Holy Grail.” Cast members began dress rehearsals on Monday night, performing full run-throughs of the show including a number in Act I titled “He Is Not Dead Yet” featuring Trace Baker as Not Dead Fred, center, Jared Fibelkorn as Lancelot, left, Alexander Horne as Robin, right, and their men. 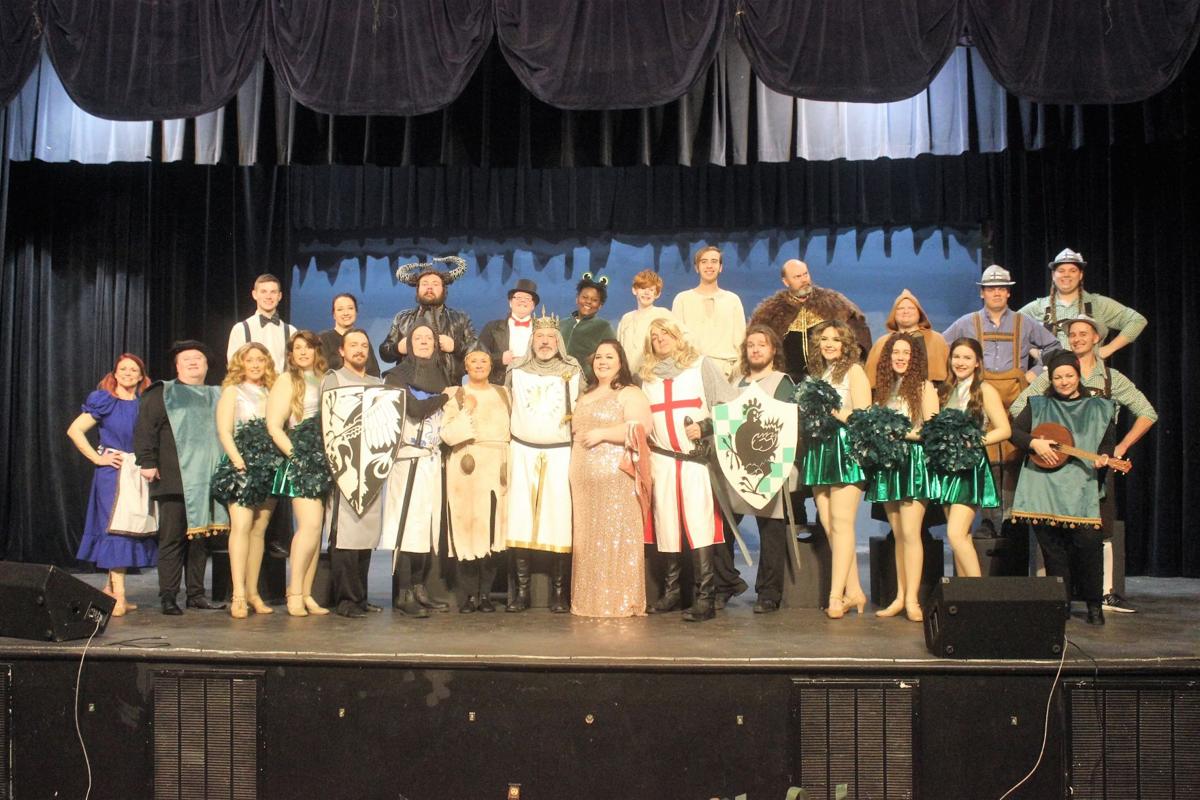 Spamalot “lovingly rips off” the 1975 film “Monty Python and the Holy Grail.” The production will include a cast of about 30 people aged 13 to 70 years old.

King Arthur is traveling around England, recruiting his Knights of the Round Table. When he and his band of misfit knights finally gather in Camelot, they receive a charge from God to find the Holy Grail. The quest brings King Arthur and the Knights of the Round Table to strange places and into the company of strange characters, challenging them to keep their heads on straight or die terribly weird deaths.

“There are so many costume changes in this show. Some characters have as many as six of them,” Gressel said. “We could not do it without out whole team back in costumes.”

“This show is four months in the making. We held auditions in June and have been rehearsing since August,” Gressel said. “Come support community theater. These people have worked really hard to put this production together. Those who follow Monty Python will love this.”