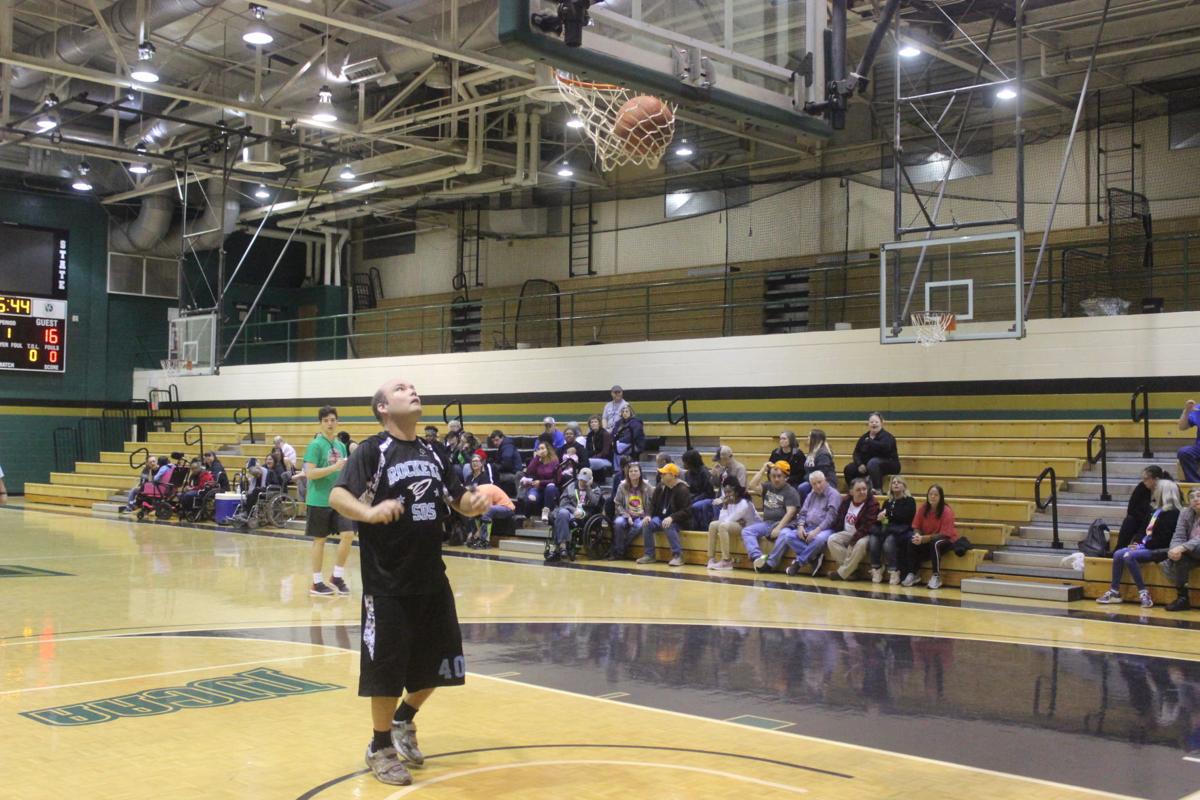 Blue Rockets team member Ricky Bennett shot and scored a basket from right under the net. 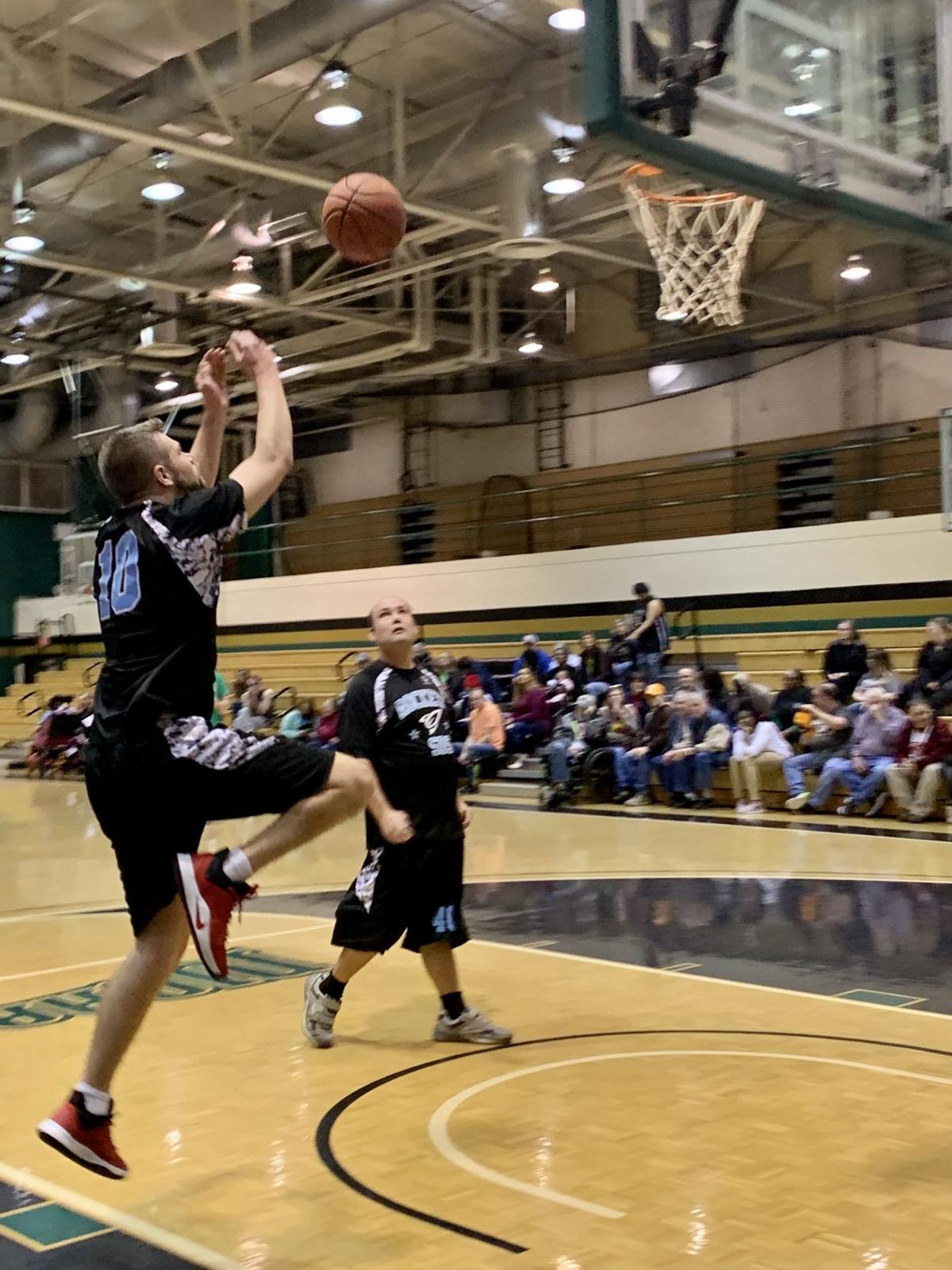 Blue Rockets player Holden Hatcher shoots a layup during one game against the Fayetteville Elite. 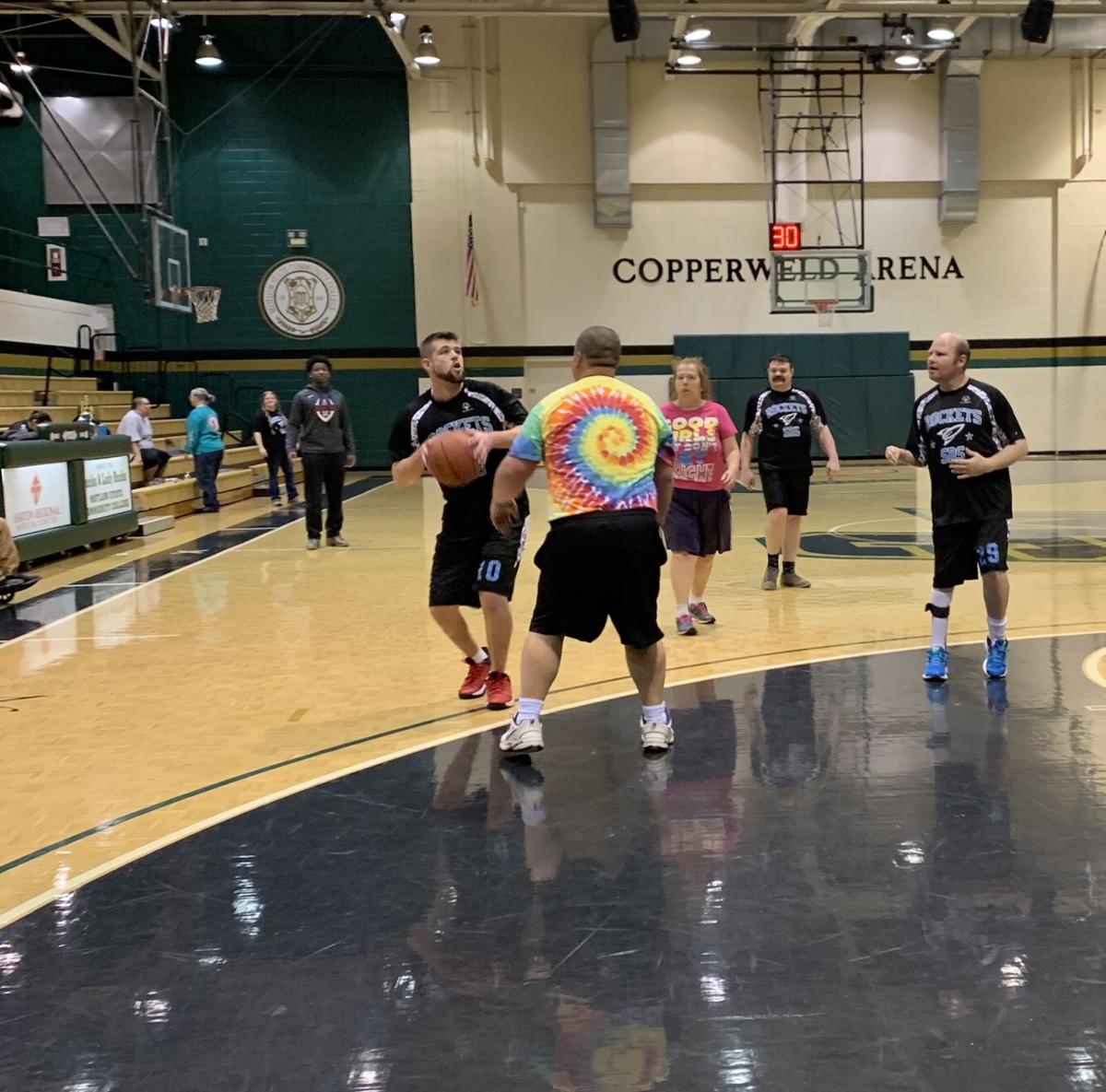 The Tullahoma Blue Rockets played The Independents during the six-game tournament on Friday morning.

The three teams played six back-to-back games against each other.

“The teams look forward to this all year long,” director of Special Olympics Area 13 Suzanne Foster said. “They practice all the time and put in the work. It is very rewarding to see them work so hard.”

The 1st place trophy went to Tullahoma’s Blue Rockets, with The Independents winning 2nd and Fayetteville Elite coming in 3rd. Trophies were presented to all three of the participating teams.

Motlow’s basketball team members hosted the tournament, helping with announcements, refereeing the games and assisting any way that they could.

Rev. Tom Murdock is head of basketball for Area 13. “We are grateful for Motlow and their athletic department for helping us out,” he said. “The men and women’s team love to operate the PA system and play music during our games. We appreciate them.”

After the tournament concluded, lunch was provided to the players by Arc of Coffee and Moore counties. Arc is non-profit, statewide advocacy organization for people with intellectual and developmental disabilities and their families.

What is next for Special Olympics Area 13 after basketball? Spring games will kick-off on Thursday, Apr. 30 at Tullahoma High School. Participants will be participating in Track and Field as well as Bocce Ball.