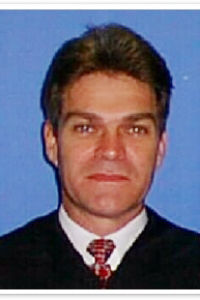 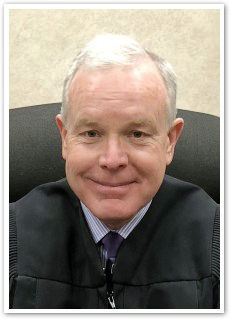 The question of who will temporarily hold Judge Tim Brock’s seat has been answered by the Tennessee Supreme Court as the deadline for candidates for the March primaries comes closer to an end.

In a standing order issued this past week, Chief Justice Jeffrey Bivins assigned Judge John Damron as Special Judge to preside over the General Sessions and Juvenile Court as needed until Judge Tim Brock’s successor is elected in the upcoming year.

Brock suddenly passed away in November while attending a judicial conference in Reno, Nevada.

Damron was sworn in and took the Oath of Office Dec. 2 by Circuit Court Judge Vanessa Jackson. Damron is a retired sessions judge from the 22nd district of Tennessee.

He will be working one to two days a week for now to process the workload of the court, according to Mayor Gary Cordell.

Cordell received a call last week from the administrative of the courts saying Damron will serve as interim judge until the election is finished. Cordell said the decision for assigning an interim judge is a state decision by the Supreme Court and not a county commission decision.

In the previous legislative committee meeting, the discussion of filling the judge’s seat and even if the commission could do anything in finding an interim judge, was a concern for the commission. So much so, Cordell met with the district attorney, public defender and the circuit court clerk to discuss it with the other judges.

“We thought it was best to slow walk this and see how it goes in the middle of December to the first of January.”

With the court load being high during the month of December, a few judges from outside the county offered to help in the interim process, according to Cordell.  However, with the Supreme Court stepping in and making the appointment, Cordell is happy the commission doesn’t have to worry about filling the seat.

“I’m glad they found someone and that way that takes off a lot of pressure of the Coffee County government structure to replace someone to fill that position,” said Cordell. “Now we just go forward and we’ll see how it goes in March when they have the primary election.”

Gregory Perry and Jesse Stockwell join Jason Huskey, Stacy Lynch and Jason Ponder in picking up papers for the judge’s seat. Stacy Lynch is the only potential candidate to complete her qualification papers and turn them in to the Election Commission to qualify for the March primary ballot.  To qualify, applicants must get signatures from registered Coffee County voters and return the completed petitions to the election office.

All of those who have picked up papers are members of the Republican Party. If no other opposing party candidate picks up and files before the deadline then the winner of the primary will be uncontested in August and take the oath of August Sept. 1.

Anyone interested in applying for the judge’s seat for the upcoming election must apply and file their paperwork by Dec. 12 at noon.