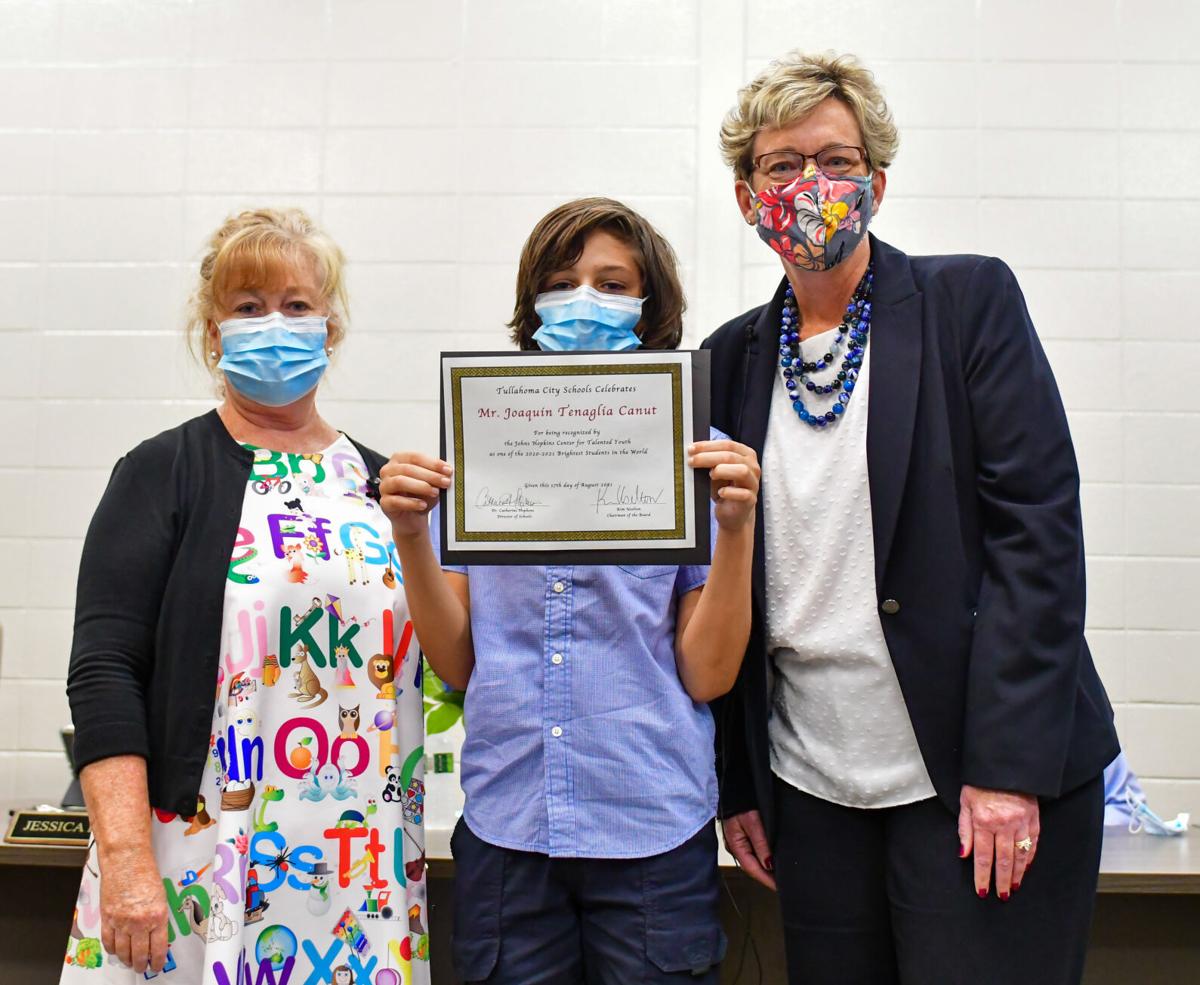 East Middle School eighth-grader Joaquin Tenaglia Canut was honored by the Tullahoma City Schools Board of Education for his second consecutive recognition by the Johns Hopkins Center for Talented Youth. 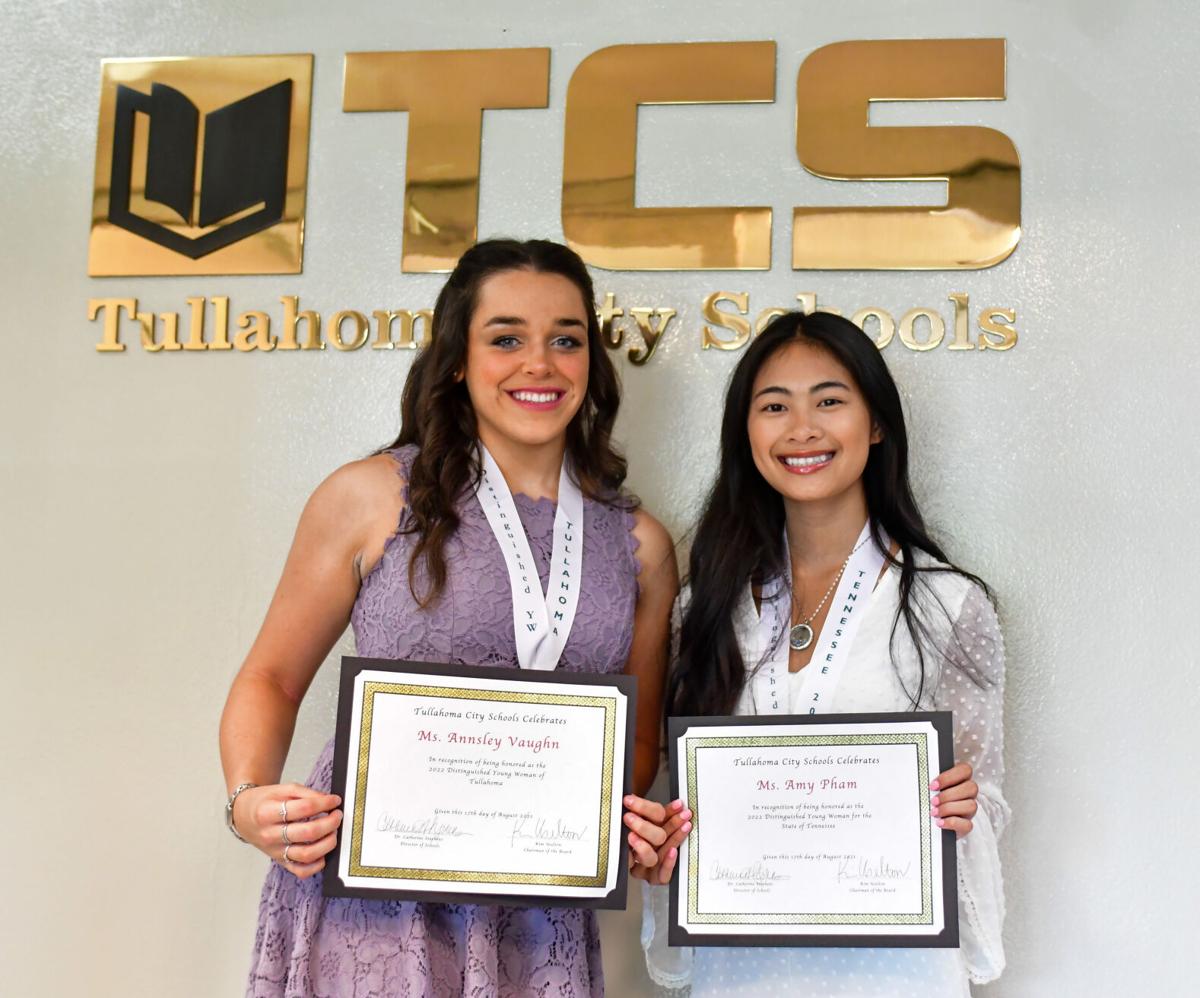 East Middle School eighth-grader Joaquin Tenaglia Canut was honored by the Tullahoma City Schools Board of Education for his second consecutive recognition by the Johns Hopkins Center for Talented Youth.

At its most recent meeting, the Tullahoma City Schools Board of Education took time to recognize three students for their achievements.

The school board honored East Middle School eighth-grader Joaquin Tenaglia Canut for being recognized by the Johns Hopkins Center for Talented Youth (CTY) as one of the “brightest young students” globally. Joaquin was also recognized for this distinction last year; this was the second consecutive year Joaquin has received the Johns Hopkins recognition.

According to the CTY, Joaquin received the honor for an exceptional performance on the SAT, ACT or another similar assessment taken as part of the program’s talent search. CTY uses above-grade-level testing to identify advanced students around the world and provides a clear picture of their true academic abilities.

“This year, Joaquin was one of nearly 19,000 students from 84 counties who were part of this 2020-2021 talent search,” Director of Schools Dr. Catherine Stephens said at the meeting. “Less than 20 percent of the students qualified for this high honors. We are proud of Joaquin and his amazing academic talents and are thrilled to celebrate him tonight.”

“Amy came home from the state competition with the state title and over $110,000 in scholarships to attend the University of Alabama,” Stephens said. “She will go on to compete for the national title in Mobile, Alabama, in June 2022. We are so proud of Amy and will be watching next summer as she competes for the nationwide title of Distinguished Young Woman.”

Annsley received scholarships in both the fitness and talent competitions when she competed at the state level, according to Stephens.

“We are so pleased to have Annsley with us tonight to celebrate her achievements and acknowledge her successful outcome as well,” Stephens said at the meeting. “Tullahoma was represented by two outstanding young women, and we are so proud of them.”

Amy and Annsley were also recognized by the Tullahoma Board of Mayor and Aldermen for their accomplishments in the Distinguished Young Woman competition. Each girl received certificates of recognition from Mayor Ray Knowis during the recent meeting of the city board.

How do you feel about another liquor store being approved in Tullahoma?