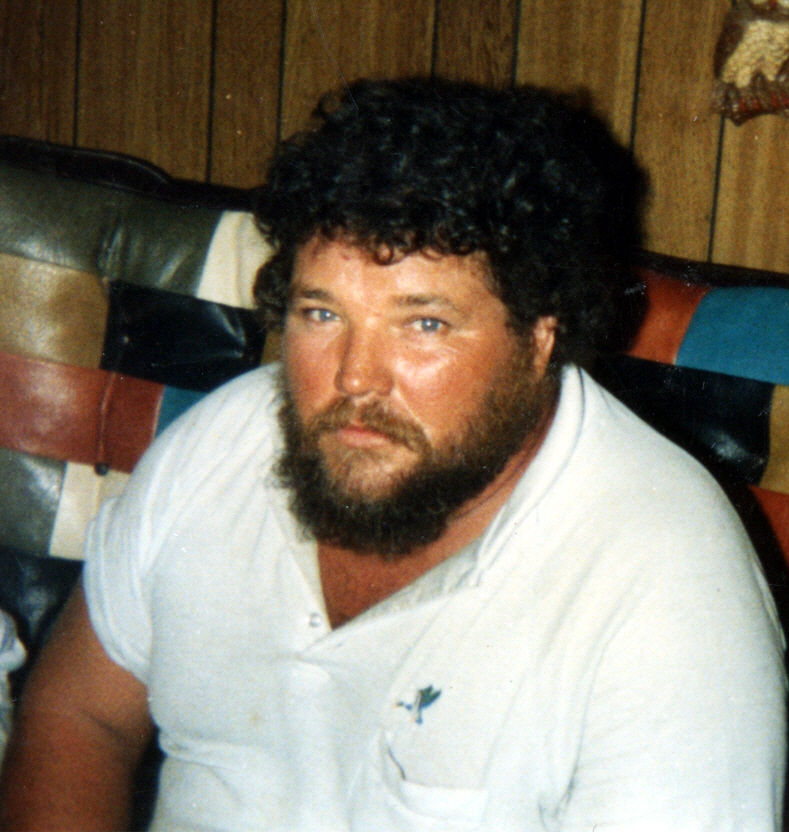 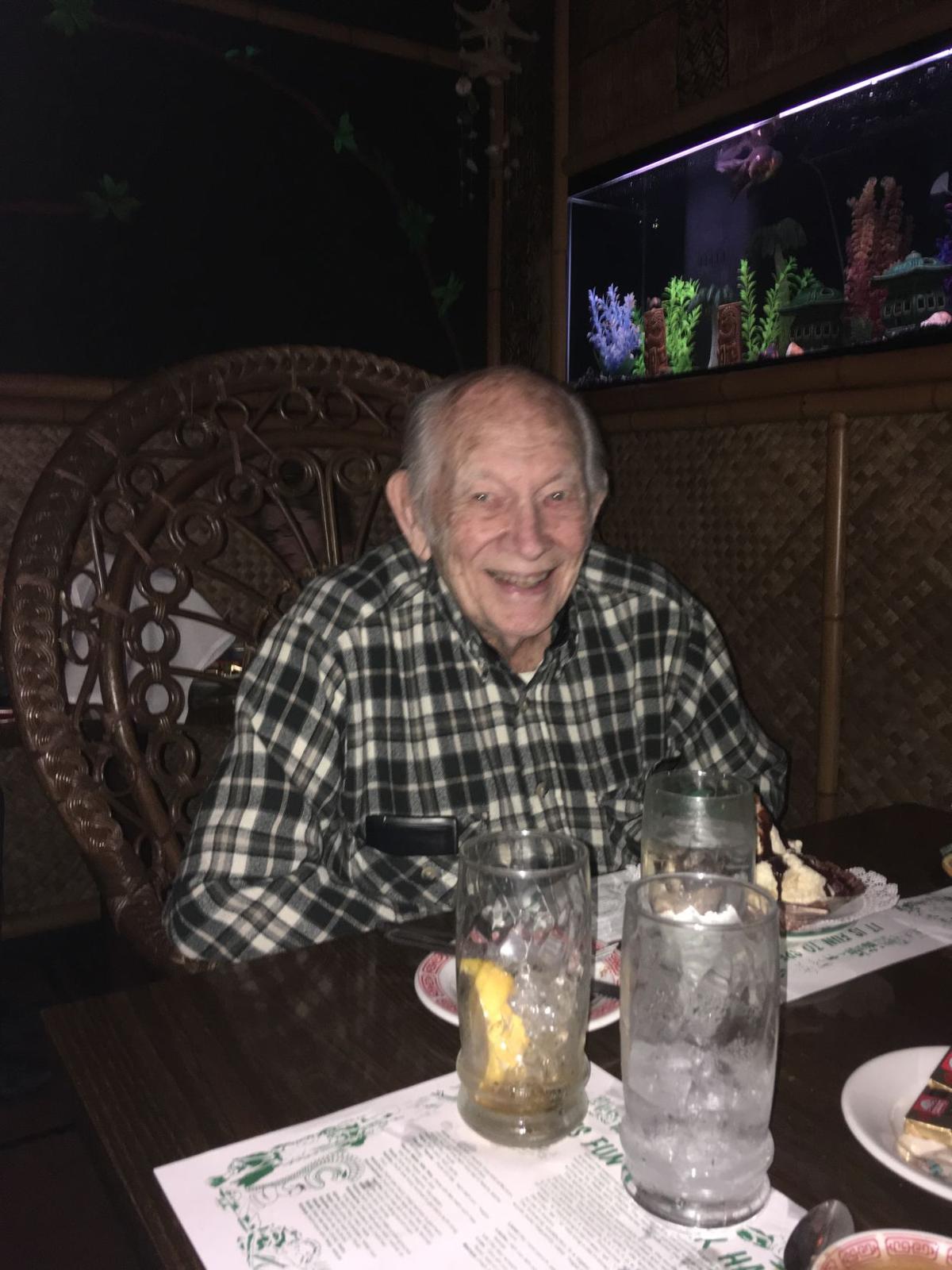 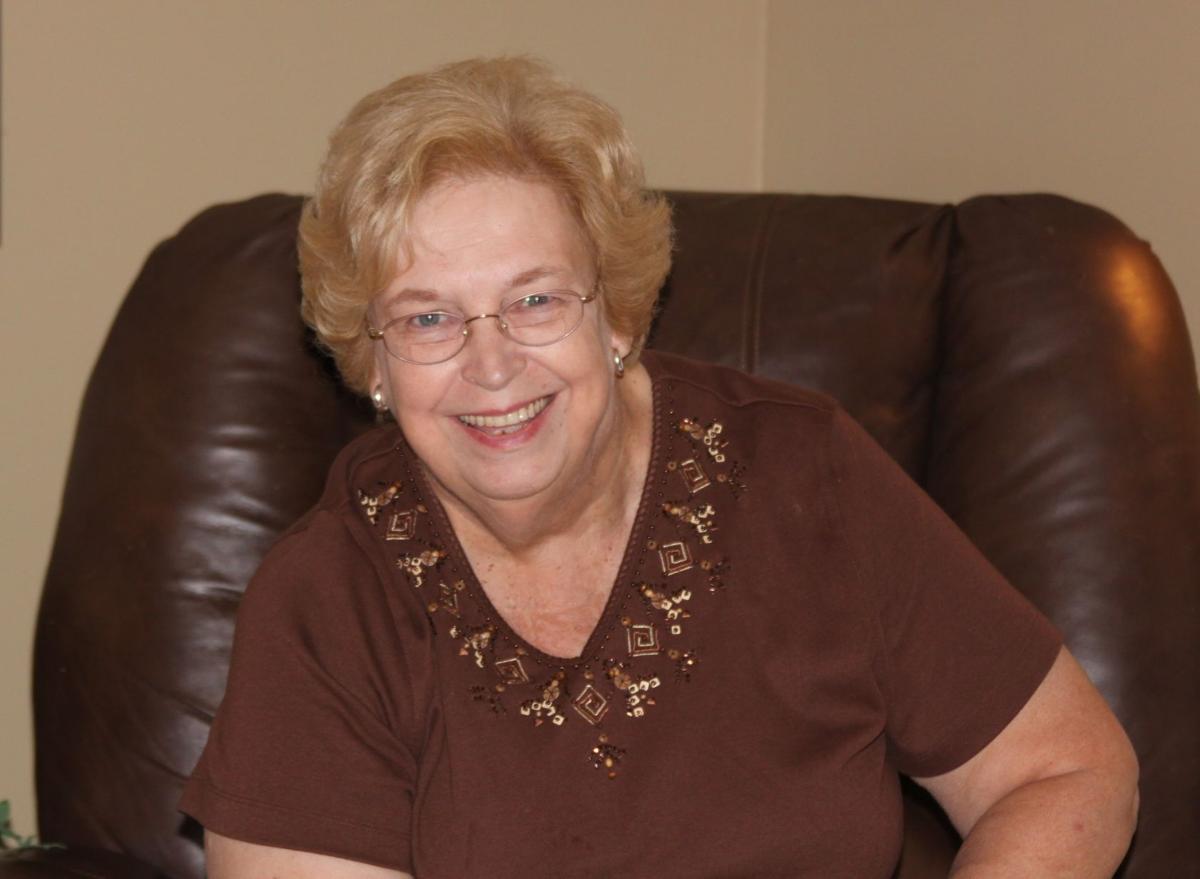 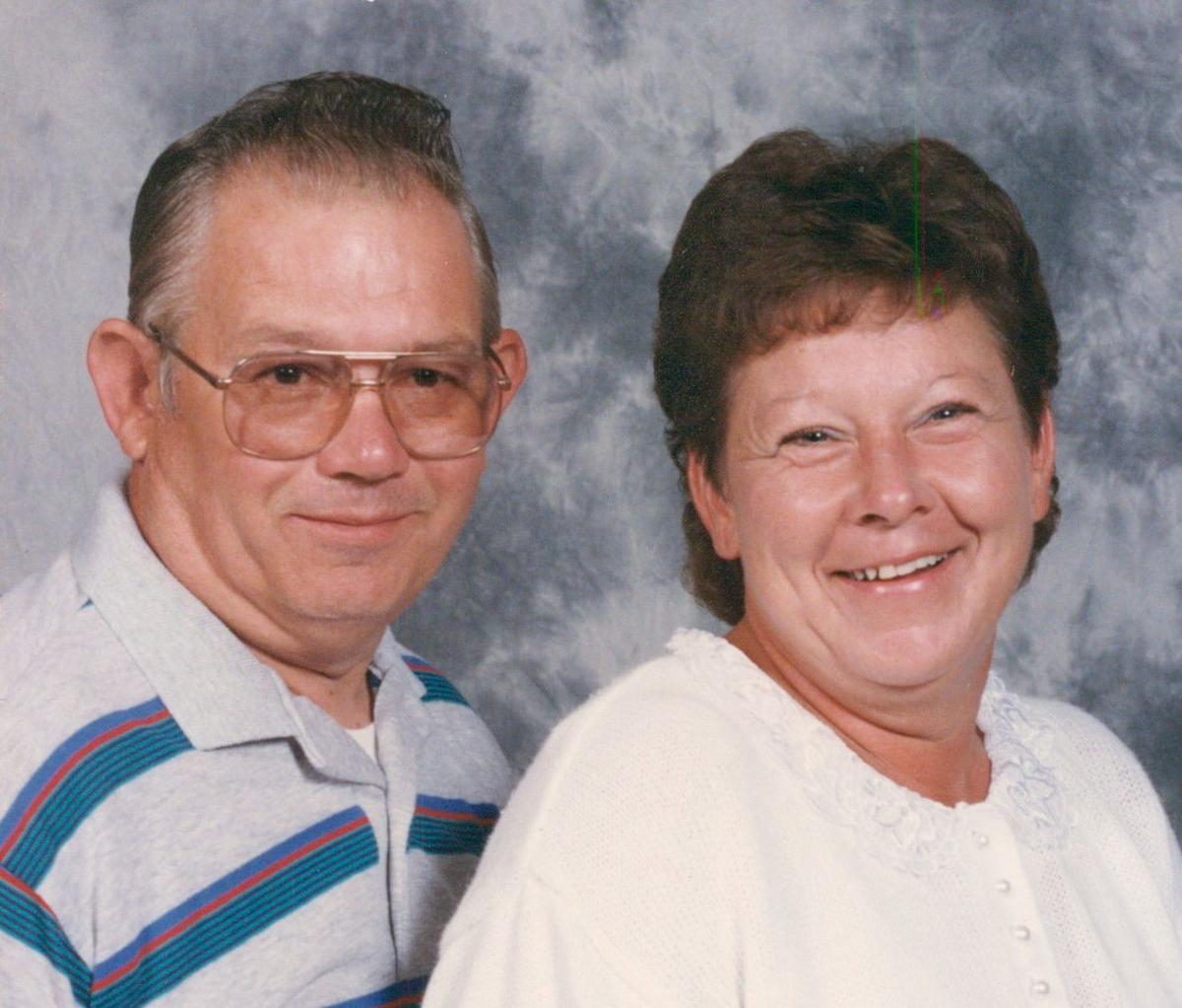 Ruth Porter Binkley, 93, went to be with her Lord peacefully on Nov. 29, 2019 at Bailey Manor, Manchester. Ruth was born Feb. 5, 1926 in Difficult, the daughter of Estelle and Herod Porter. Ruth was raised by her mother and four loving brothers Kenneth, James, Charles, and Harry Porter who preceded her. Ruth was a woman of deep Christian faith, and a faithful and loving mother and grandmother to her five grandchildren and a great grandson. She embodied all aspects of Proverbs 31. Ruth also loved to travel, including trips to the Holy Land, Egypt, Greece, France and beaches in the US on both coasts. She raised and cared for many kinds of Hybrid Tea roses – some of which have survived for more than sixty years. In 1948, Ruth married Freeman Doyle Binkley and they moved to Tullahoma, Tennessee in 1951 where they built a home on Lake Tullahoma. Both Ruth and Freeman worked in the early space program for Arnold Engineering Development Center and then the new University of Tennessee Space Institute. After her husband’s death, Ruth continued to work at UTSI until her retirement in 1990. She was the first switchboard operator for the UTSI building and retired as administrative assistant to the Dean. Ruth was a member of Trinity Lutheran Church and First United Methodist Church in Tullahoma. Ruth is survived by her daughter Roxane Garrett (Robb) of Estill Springs, Tennessee, Mark Binkley (Linda) of Cary North Carolina, five grandchildren Jocelynne Nylec (Tommy), Sarah Fedler (Steve), Jessica Binkley (Sarah), Joshua Binkley, Kyle Binkley, and one great grandson Freeman Nylec. Ruth has fought the good fight and has finished her race. (2 Timothy 4:7). In lieu of a funeral service there will be a celebration of her wonderful life in the spring of next year. The family wishes to thank all of those who cared for her during her later years and who were special friends and visitors. In particular, the nurses and angelic staff of Tullahoma Life Care Center, Manchester Bailey Manor, and Avalon Hospice. Memorial donations may be made in her memory to an organization of choice. Arrangements were provided by Daves Culbertson Funeral Home in Tullahoma. Online condolences can be left on Ruth Binkley’s Memorial Tribute at www.davesculbertsonfuneralhome.com.

Myrtle Dyer (Morris) Bradford, 85, of Winchester, passed away on Thursday, Nov. 28, 2019 at Elk River Health and Rehab. Funeral service was held Sunday Dec. 1 in the chapel at Moore-Cortner Funeral Home. Interment followed at Franklin Memorial Gardens. In lieu of flowers, the family has requested that donations be made to the Franklin County Christian Scholarship Fund. Moore-Cortner Funeral was in charge of arrangements.

Robert “Bob” M. James, 98, of Murfreesboro, formally of Franklin County passed away Monday, Dec. 2, 2019 at Park View Meadows in Murfreesboro. He was born in Waco, Texas to the late C.V and Lillian James. Bob was a veteran of the United States Navy, having served in World War ll. He was a Mechanical Engineer for 31 years at Arnold Engineering Development Center. He enjoyed scuba diving, blacksmithing, collecting antique tools and wildflowers. Bob was also a charter member of Elk River Long Rifles. In addition to his parents, Bob was preceded in death by his wife Mary James; brother, Bill James and daughter-in-law, Sharon James. He is survived by his sons, Brian (Sandy) James and Larry James; five grandchildren, Daniel (Emily) James, Eric (Haven) James, Kristi (Daniel) Whithead, Jenny (B) Mann and Becky (grey) Lancaster and four great-grandchildren. A graveside service will be held Thursday, Dec. 5 at 2:30 p.m. at Rose Hill Memorial Gardens with Pastor Jon Bell officiating. Tullahoma Funeral Home is honored to serve The James Family and asks that you sign the guest book at www.tullahomafuneralhome.com.

Janet Holt Ledsinger of Tullahoma, passed this life on Friday, Nov. 29, 2019 at her home at the age of 75. Mrs. Ledsinger was born in Manchester to the late Carden and Ethel Lusk Holt. She was a retired Probation Parole Manager with the Tennessee Department of Corrections and was also a member and trustee at Highland Baptist Church. In addition to her mother, Mrs. Ledsinger was preceded in death by one brother, Howard Holt; and one sister, Linda Pruden. She is survived by her husband, Jere Ledsinger of Tullahoma; daughter, Chesleigh Lee and her husband Dr. Marcus Lee of Tullahoma; son, Benjamin Holt Murray and his wife Dr. Erin Murray of Tullahoma; daughter, Christy Ledsinger of Tullahoma; eight grandchildren, Lauren, Isaac, and Jacob Lee, and Mary James, Callie, Lily, Jude, and Annabeth Murray all of Tullahoma; and her sister-in-law, Patsy Holt of Tullahoma. Funeral service was held on Monday, Dec. 2 2019 at Highland Baptist Church with Rev. Jim Norman officiating. Entombment will follow at Rose Hill Memorial Gardens in Tullahoma. Serving as pallbearers will be Mickey Kiber, Rodger Williams, Jimmy Gaddis, John Knight, Johnny McBride, Steve Conner, Steve Stone, Stan Smith, Jared Cox, and Nate Cox. For those who wish, in lieu of flowers, the family asks that donations be made to Highland Baptist Church with an Emphasis on the Youth and Children Programs, P.O. Box 1195, Tullahoma, Tennessee 37388. Kilgore Funeral Home is in charge of arrangements.

Beverly Lewis, 52, of Decherd, passed away on Sunday, Dec. 1, 2019 at her residence surrounded by her loving family. Services will be held at 2 p.m. on Wednesday in the Moore-Cortner Chapel. Interment will follow at Franklin Memorial Gardens. Memorial Donations may be made to Moore-Cortner Funeral. Moore-Cortner Funeral Home is in charge of arrangements.

Surrounded by his family, William Douglas O’Neal, of Normandy, passed from this life on earth and entered into his eternal home in heaven, on Thursday Nov. 28, 2019. William “Doug” was a devoted husband, father, grandfather, great-grandfather, and active member of Homeland Baptist Church, in Tullahoma. He loved his family deeply and if you ever spent time getting to know him, that was evident. He loved to tell people about his family. Doug worked for Schmiede Corporation for 30 years, before retiring in 2012. He was a skilled machinist and welder. His hobbies included coaching softball, hunting, fishing, gardening, and simply enjoying the outdoors. One of his famous quotes was, “I’m going outside to piddle around”. William was born on May 5, 1947, to Aubrey and Hazel O’Neal of Bedford County, who preceded him in death. William was an only child. He is survived by his loving wife of 41 years, Hazel O’Neal and his five children, Doug O’neal Jr. (Bethany), Melody O’Neal Dye, Jerome Fulton (Mary), Sonya Fulton Brown (Jason), and Marcie Fulton Cantrell (Jermmie). He is also survived by 13 grandchildren, Alexandra Dye, Adam Dye, Hunter Dye (Callie), Hannah Fuller (Tylor), Aubrie O’Neal, Ethan O’Neal, Dustin Fulton, Shelby Fulton, Aaron Fulton, Austin Brown (Hannah), Dalton Brown (Heather), Riley Barnes, and Molly Barnes. William is also survived by 12 great-grandchildren. Funeral services for William were conducted Monday, Dec. 2, 2019, at Tullahoma Funeral Home with Jimmy Brazier officiating. Burial will follow in Hillcrest Memorial Gardens in Shelbyville. In lieu of flowers, the family request that donations be made, in Doug’s memory, to his church: Homeland Baptist Church, 307 West Grundy Street, Tullahoma, TN 37388. Tullahoma Funeral Home was in charge of arrangements.

Graveside services for Kenneth Ronald Sellars, 79, of Tullahoma was held Monday, Dec. 2 at Rose Hill Memorial Gardens. Mr. Sellars passed from this life surrounded by his loving family on Friday, Nov. 29, 2019, at his residence. Kenneth was born in Tullahoma to the late John R. and Kathryn Sellars. He worked maintenance for Wilson Sporting Goods before his retirement. Kenneth loved to travel, especially to the Key West.  He also enjoyed riding motorcycles. He was a loving husband, son, father, grandfather, and great-grandfather. In addition to his parents, Kenneth is preceded in death by his loving wife, Sandra Sellars; one daughter, Treda Gail Ray; one son-in-law, Boyd Fly. He is survived by one son, Chris Ray; one daughter, Dena Fly; three grandchildren, Andrew (Nathaniel), Jessica (Tyler), and Emily; two great-grandchildren, Kayden and Landon. Tullahoma Funeral Home is honored to serve the Sellars Family and asks that you sign the guest book at www.tullahomafuneralhome.com. Tullahoma Funeral Home was in charge of arrangements.

Billy Joe Taylor Sr., 65, of Tullahoma, passed away on Thursday, Nov. 28, 2019 at Life Care Center of Tullahoma. He was born in Kelso on July 12, 1954 to the late Doc Taylor and Cara Louise Perry.  Before his illness, Billy was employed as a truck driver. When he was younger, he enjoyed riding his motorcycle and working on cars as well as going dancing. His cheerful and happy personality made Billy such fun to be around, and he loved being with his children and grandchildren.  He truly lived life to the fullest.  Billy is survived by his loving children, Billy Taylor Jr of Woodbury, Timothy Taylor of Murfreesboro, and Kimberly Taylor of Tullahoma; sisters, Josephine Phelps and Kathleen James; seven grandchildren; and many nieces and nephews. Funeral services were held Sunday, Dec. 1 in the Moore-Cortner Chapel. Interment followed at Pleasant Ridge Cemetery. Moore-Cortner Funeral Home, 300 First Ave NW, Winchester, TN 37398, (931)-967-2222, www.moorecortner.com. Moore-Cortner Funeral Home was in charge of arrangements.