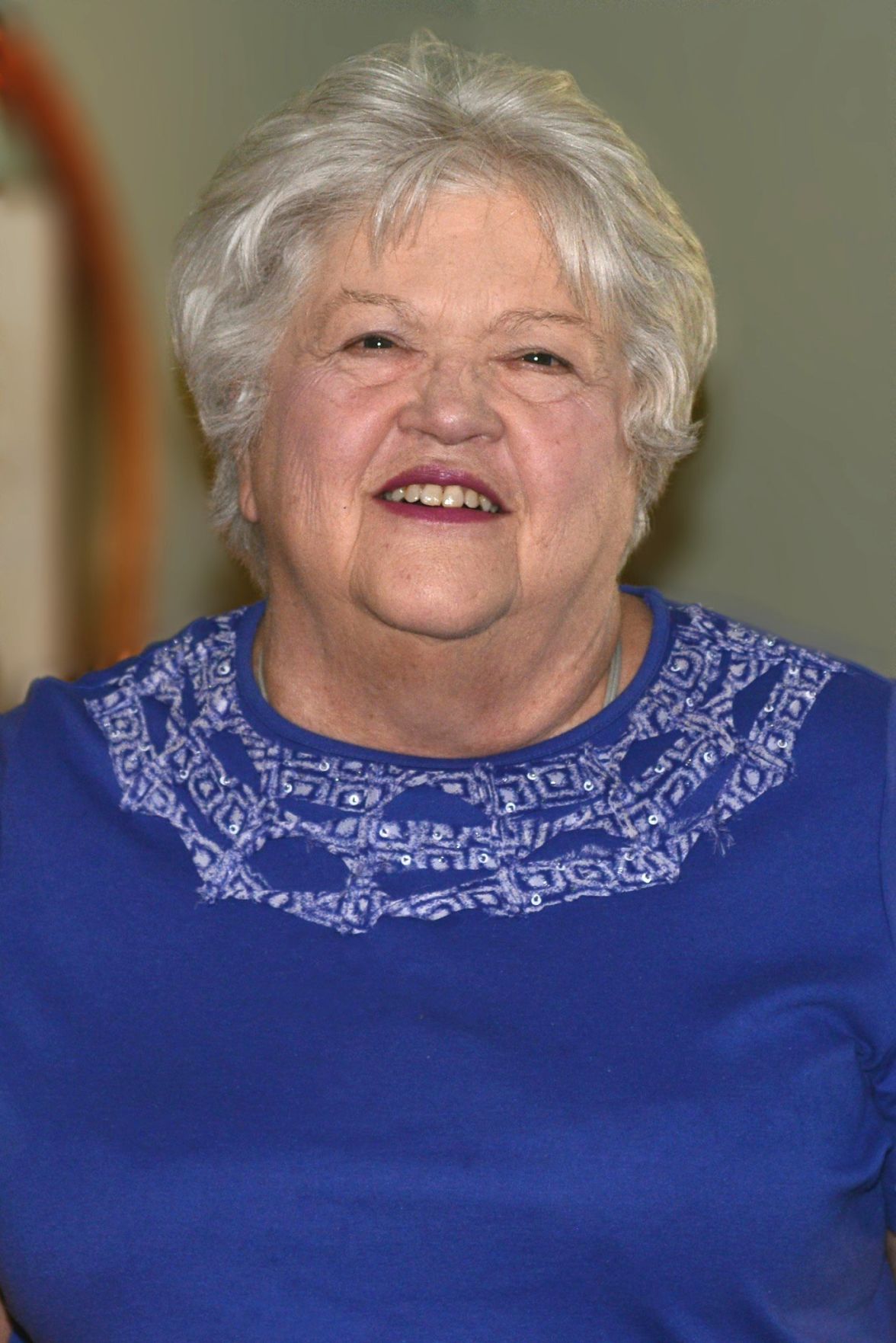 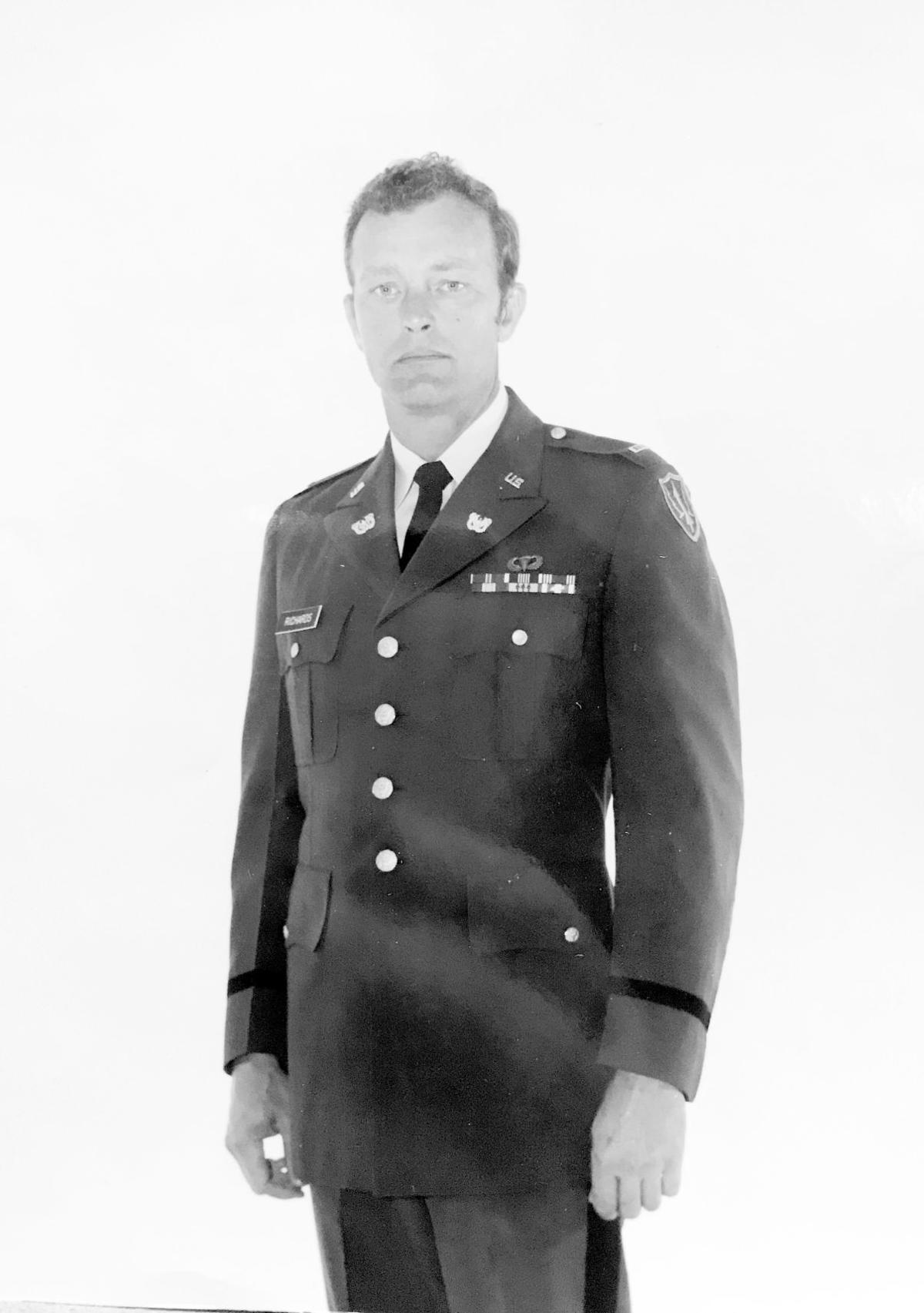 Richard Jr. Baker, 76, of Lynchburg, passed away peacefully in his home on Friday, Nov. 8, 2019 surrounded by his loving family. Funeral services were held Tuesday in the Chapel of Jennings-Moore-Cortner Funeral Home with Danny Baker officiating and eulogy given by son, Steven Baker. Interment followed at Pleasant Hill Cemetery. Jennings-Moore-Cortner Funeral Home was in charge of arrangements.

Ray Onus Cole of Winchester was welcomed into the kingdom of Heaven on Friday, Nov. 8, 2019. He was 81 years old, born on Nov. 4, 1938 in Franklin County.  Funeral services were held Tuesday in the Moore-Cortner Chapel with Rev. Donald Gregory and Rev. Kevin Murphy officiating. Burial followed at Franklin Memorial Gardens.

Mary Ann Jeffers, 89, passed away Sunday Nov. 10, 2019 at Saint Thomas Rutherford Hospital in Murfreesboro. Graveside funeral services will be 1 p.m. Thursday at Greenwood Cemetery in Fountain City near Knoxville.   Visitation will be 5 to 8 p.m. Wednesday at Central Funeral Home, Manchester. Central Funeral Home is in charge of arrangements.

Marty McKay, 43, passed away Nov. 6, 2019 in Nashville. He is survived locally by his sister, Wendy Bullion and three children. Arrangements are incomplete.

Marilyn Griffith Morris of Tullahoma passed this life on Monday, Nov. 11, 2019 at her home at the age of 80. Mrs. Morris was born in New Orleans, La., to the late Helen Peters Griffith. Prior to starting school, she moved with her mother to east Tennessee attended schools in and around Knox County. They then moved to Tullahoma at the end of her junior year in high school and Marilyn was a member of the Tullahoma High School graduating class of 1956. In the 1970’s she was involved in working with preschoolers through the Head Start Program, where she was the first teacher of Head Start in Tullahoma. During that time, she and her husband also owned and operated Morris Fabrics, a popular fabric store on Jackson Street. Marilyn served as principal of Robert E. Lee Elementary School from 1976-1999. Prior to her work at REL, she was Tullahoma City Schools’ Curriculum Coordinator and a teacher at East Lincoln, Jones Elementary, and Fourth Model Schools. She was involved in education for more than 36 years. Retirement did not find her sitting down. In 2010, she was elected to serve on the Coffee County Board of Education. The Board of Education named the library at Robert E. Lee Elementary the “Marilyn Morris Library” in honor of her work to build a vast and varied elementary library collection for the school. She was involved in organizing the work of local scientists, engineers, and other community citizens to develop and contract the Hands-on Science Center. Marilyn was active for several years in the Tullahoma Downtown Lions Club, where she was a leader in several projects. She served as PR chair, coordinator of the Christmas parade float for several years, headed a committee to establish and award scholarships to qualified students through the Charles Douglas “Speedy” Morris Scholarship through the Tullahoma Downtown Lions Club. In 2002, the club honored her as the “Lion of the Year”, in 2005, she was honored as a “Melvin Jones Fellow”, and in 2012, the Lions honored her as the “Lion of the Decade”. Marilyn also served on the City of Tullahoma Planning Commission for five years, was a member of ASK (Agencies Serving Kids), National and Tennessee Association of Curriculum Development, National Association of Elementary School Principals, Phi Delta Kappa (an educational sorority), and was a life member of the National Educational Association. Through the American Legion Auxiliary, she was historian, assisted with publicity, Poppy Day, and the Girls’ State committee. She was a long-time member of First Christian Church in Tullahoma and was also a member of the Tullahoma Jaycettes. In addition to her mother, Marilyn was preceded in death by her husband of over 45 years, Charles Douglas “Speedy” Morris; and one brother, William Eugene Griffith III. She is survived by three sons and daughters-in-law, Timothy Roy and Dana Duke Morris of Manchester, Stephen David and Kim Purnell Morris of Cordova, and Robert Douglas and Tina Loftis Morris of Shelbyville; grandchildren, Emily Danae’ Morris Robison (Jon), Lauren Ranae’ Morris Crouch (Jamie), Stephen David Morris, Jr., Jonathan Nathaniel Morris, Heather Lynn Morris Gentry (Chandler), and Angela Michelle Thurman; great-grandchildren, Briggs, Charley and Giles;  one brother, Samuel Robert (Jen) Griffith; and one sister, Nora Jane Griffith (Tom) Scott. Visitation will be held on Friday, Nov. 15 at Kilgore Funeral Home from 5 to 8 p.m. Funeral service will be held on Saturday, Nov. 16 at 1 p.m. at First Christian Church in Tullahoma with Rev. Tom Murdock officiating. Burial will follow at Rose Hill Memorial Gardens. For those who wish, in lieu of flowers, donations may be made to First Christian Church in Tullahoma, the Marilyn Morris Library, c/o Robert E. Lee Elementary School in Tullahoma, or the Charles Douglas “Speedy” Morris Scholarship Fund, c/o Tullahoma Downtown Lions Club. Kilgore Funeral Home is in charge of arrangements.

Charles Thomas Partin, 79, of Winchester, passed away on Monday, Nov. 11, 2019 at Southern Tennessee Regional Health Systems. Visitation will be from 5 to 8 p.m. Wednesday at Moore-Cortner Funeral Home.  Funeral Services will be at 1 p.m. Thursday, in the Moore-Cortner Chapel with Dr. James Clardy and Jon Hand officiating.  Interment will follow at Franklin Memorial Gardens with military honors bestowed. Moore-Cortner Funeral Home is in charge of arrangements.

Robert Wilbur Richards, Jr., 85, of Tullahoma, passed away Tuesday, Nov. 5, 2019 at NHC of Tullahoma. He was born in Geneva, New York the son of the late Robert and Gertrude Richards. Robert was a retired veteran of the United States Army, having served two tours in Vietnam. He was an avid fisherman, loved to read and spend time in the garden. He attended St. Paul the Apostle Catholic Church in Tullahoma. In addition to his parents, Robert was preceded in death by his sisters, Betty Gaglianese and Inez Loman. He is survived by his loving wife of 41 years, Luise Richards; three daughters, Phyliss Karamarkovich (Kim), Desirei Millea (Tom) and Roberta Richards (Dan Fisher); and three grandchildren, Ian Karamarkovich, Alastair Karamarkovich, and Arden Karamarkovich. No services are scheduled at this time. Tullahoma Funeral Home is in charge of arrangements.