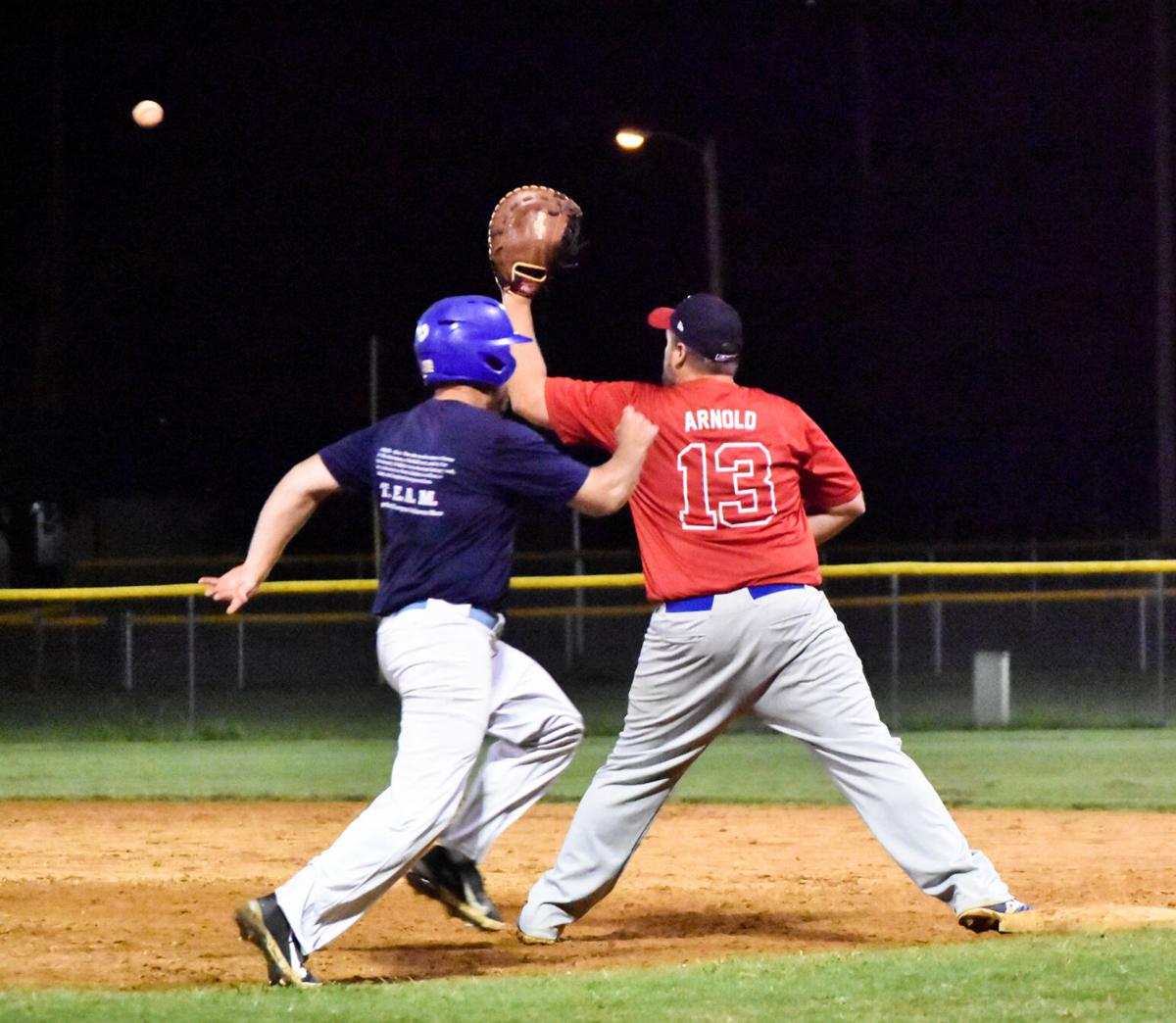 A Royal runner is thrown at out first. 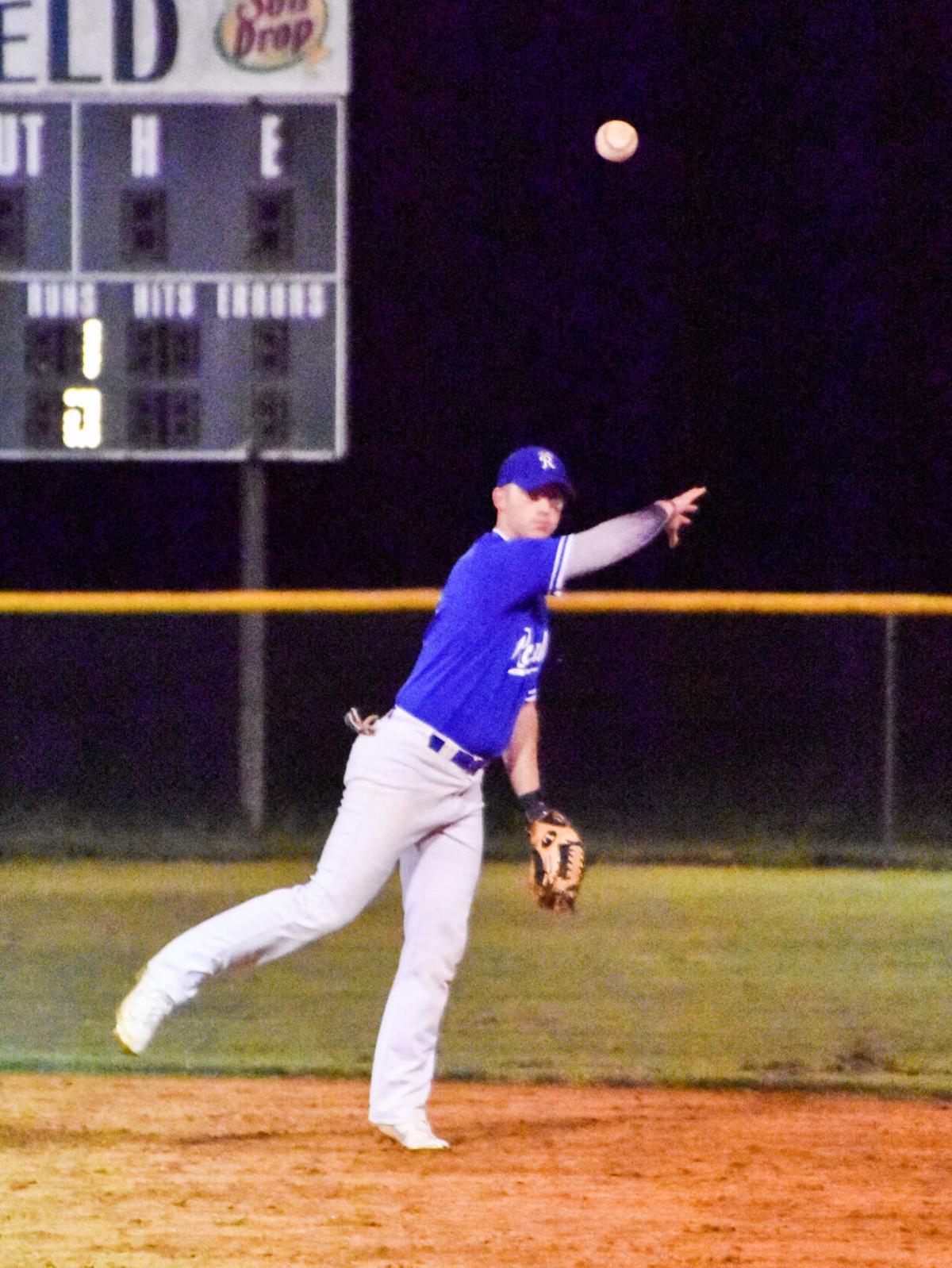 The Royals held the Braves to one hit which included four ground outs.

With under a month to go in the Tullahoma Adult Men’s League baseball season, almost the entire league remains in the striking distance of the top seed with eight of the league’s 11 teams sitting at .500 or better.

The Reds at 5-0-3 and Rockies at 6-0-1 remained the only teams yet to taste defeat but they were still looking up at the Lonestars who were atop the standings at 5-1-3 by virtue of games played. Only the Yankees, Jacobs and Braves were mathematically eliminated for dreaming of the top seed entering the week although the Pirates at 4-4 and Mud Dogs as 4-3-2 were long shots.

A second inning explosion put the game away for the Royals as they crushed the Braves 16-2 in Tullahoma Men’s League baseball action.

The game started without fanfare as the Royals went up 1-0 after the first inning. However, the second brought fireworks as the Royals plated 10 runs to stretch their lead to 11-0 which they held until the fourth when the Braves first dented the scoreboard with two runs in the bottom of the fourth. Their offense was answered by the Royals in the top of the fifth with five runs to fix the final score.

The Royals were paced by JJ Webster who went three-for-three at the dish and led his team with three RBI. Terrin Maupin and Scottie Maupin both added two hits to the mix while Scottie Maupin, Corey Mullins and Joe Long each contributed two RBI.

Corey Mullins and Jace Long were dominant on the hill, surrendering just one hit during their combined five innings of work. Mullins fanned five Braves along the way with 24 of his 36 pitches being in the strike zone. Mullins also forced four groundouts from Braves hitters. Matthew Satterfield had the lone Braves hit.

The win kept the Royals in the middle of the pack at 6-3 while the loss dropped the Braves into the cellar of the league standings at 1-7.

Lonestars versus Mud Dogs – Nobody wins

The Lonestars stayed atop the league standings by virtue of games played even though they walked away with a 6-6 tie against the Mud Dogs.

The Lonestars were led in hitting by Kyle Jones who went three-for-four and Zach Basham who was a perfect three-for-three with the stick, Cole Tune added a pair of hits while Blane Elkins, Austin Johnson and Blake Smith all have two RBI. While no Mud Dugs had multiple hits, Nate Jones led his squad with two RBI. Blane Elkins and Cole Tune combined to fan six Mud Dogs from the rubber for the Lonestars while Griffin Meeker went all the way for the Dawgs, fanning four Stars.