Skip to main content
You are the owner of this article.
Edit Article Add New Article
You have permission to edit this article.
Edit
Home
News
Sports
Living
Arts & Entertainment
Special Sections
Classifieds
Obituaries
The Job Network
1 of 5 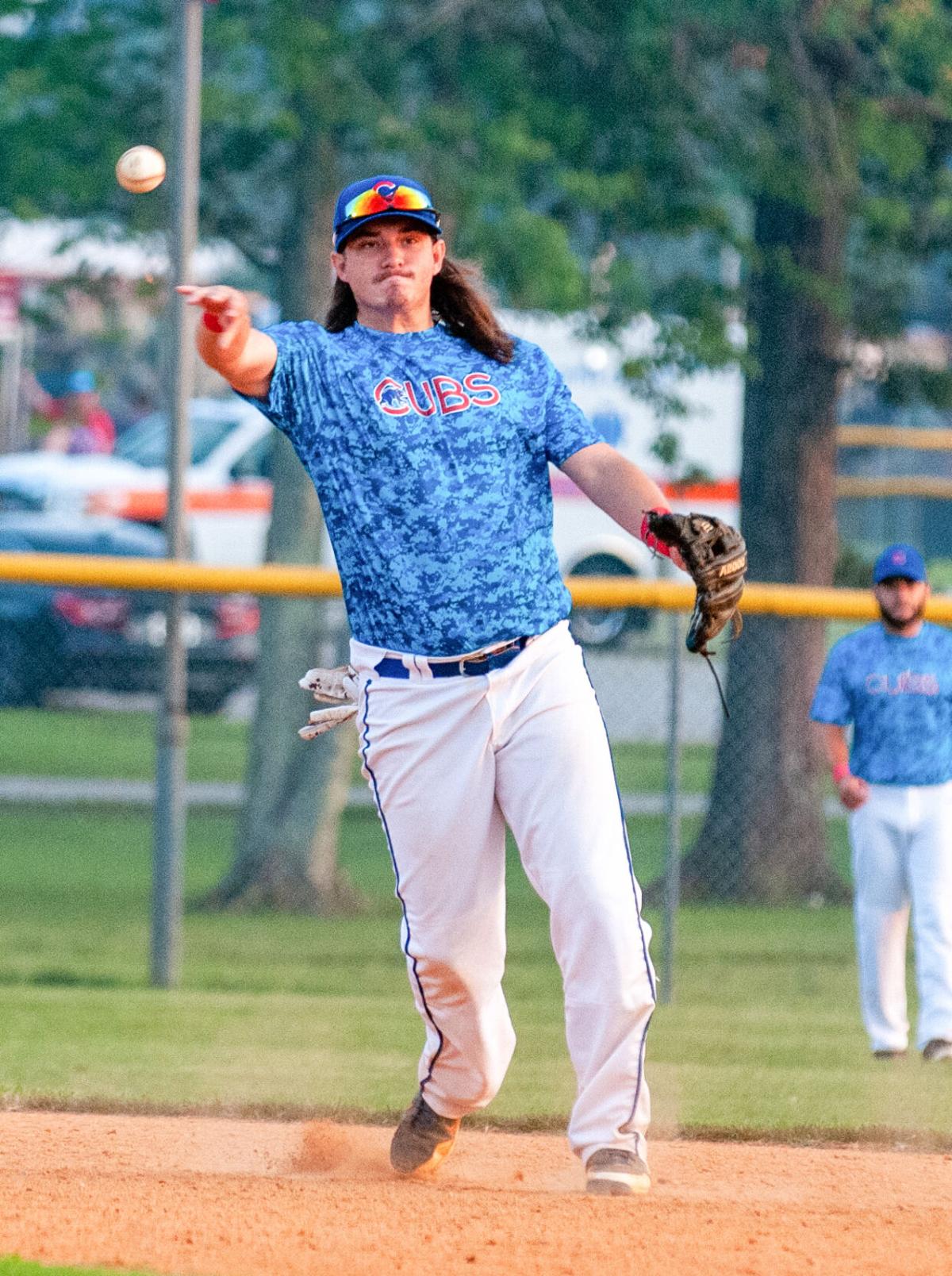 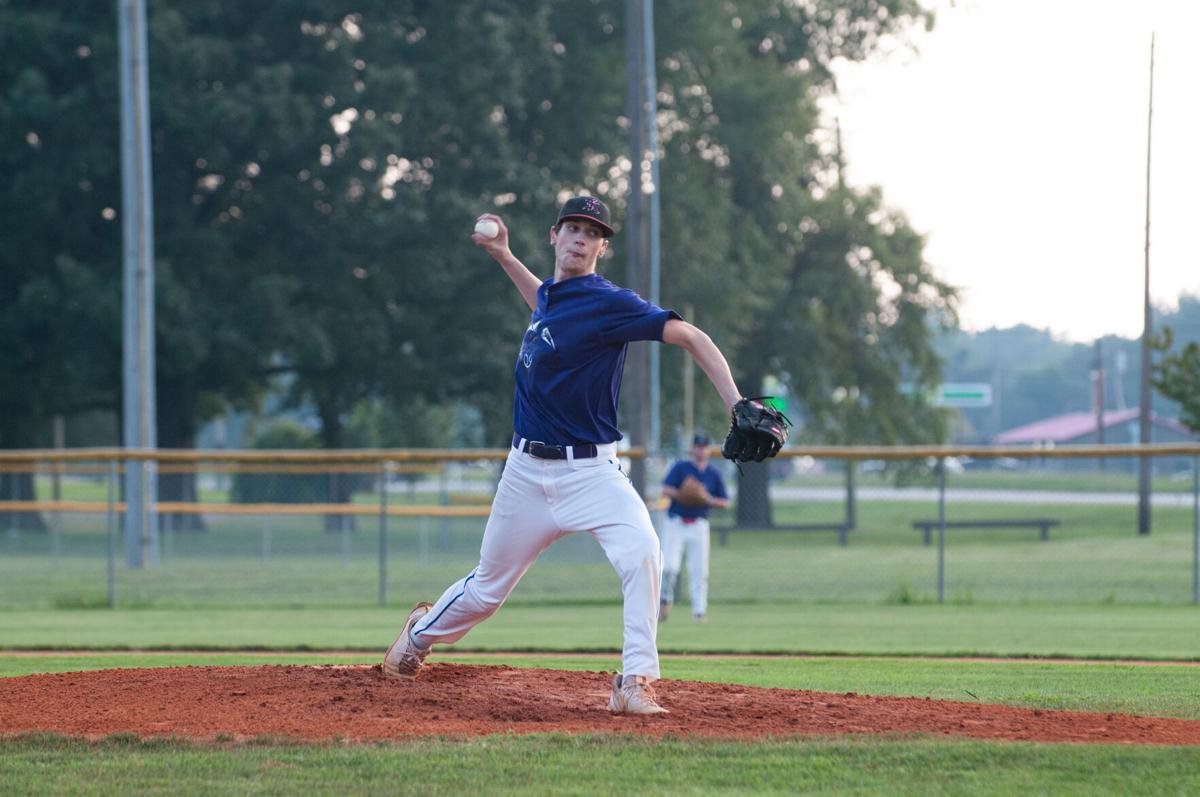 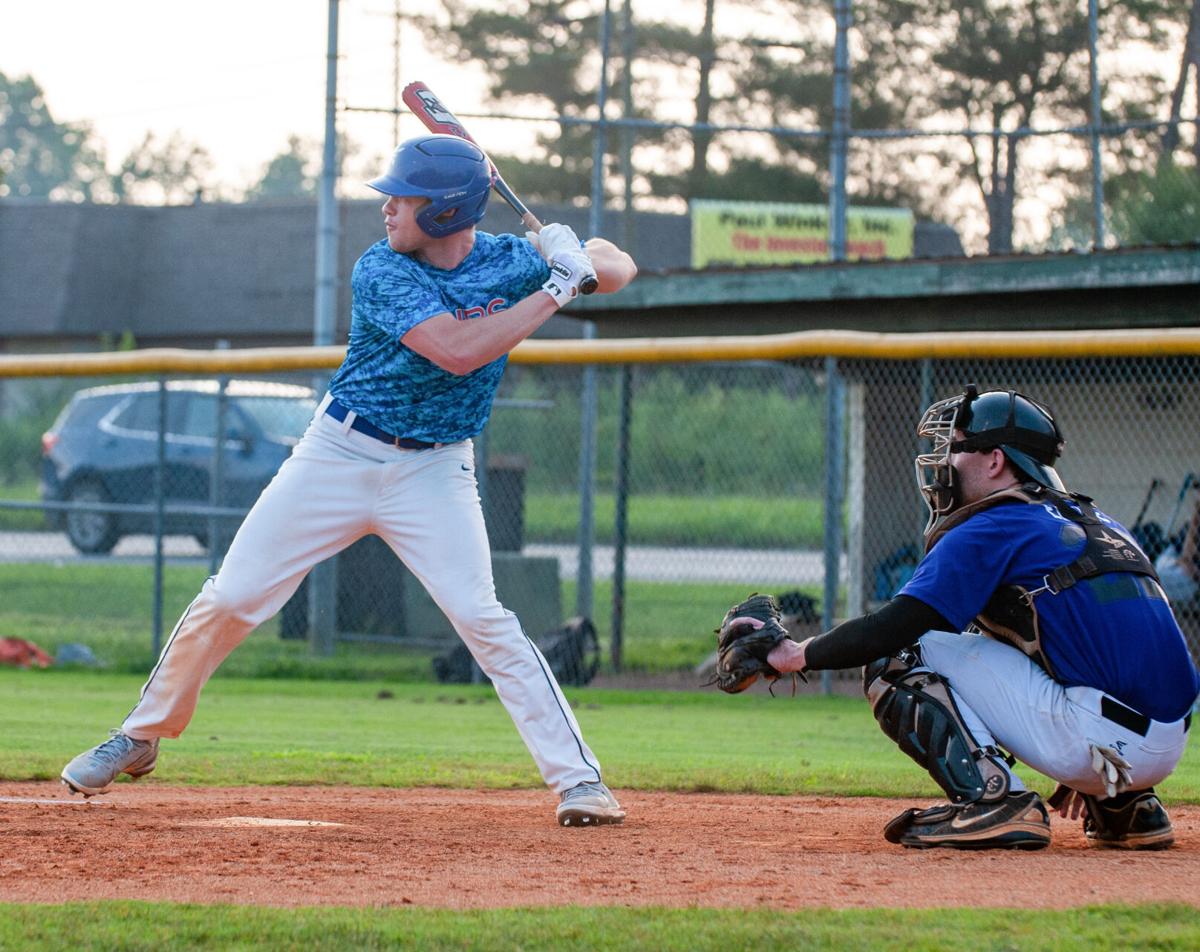 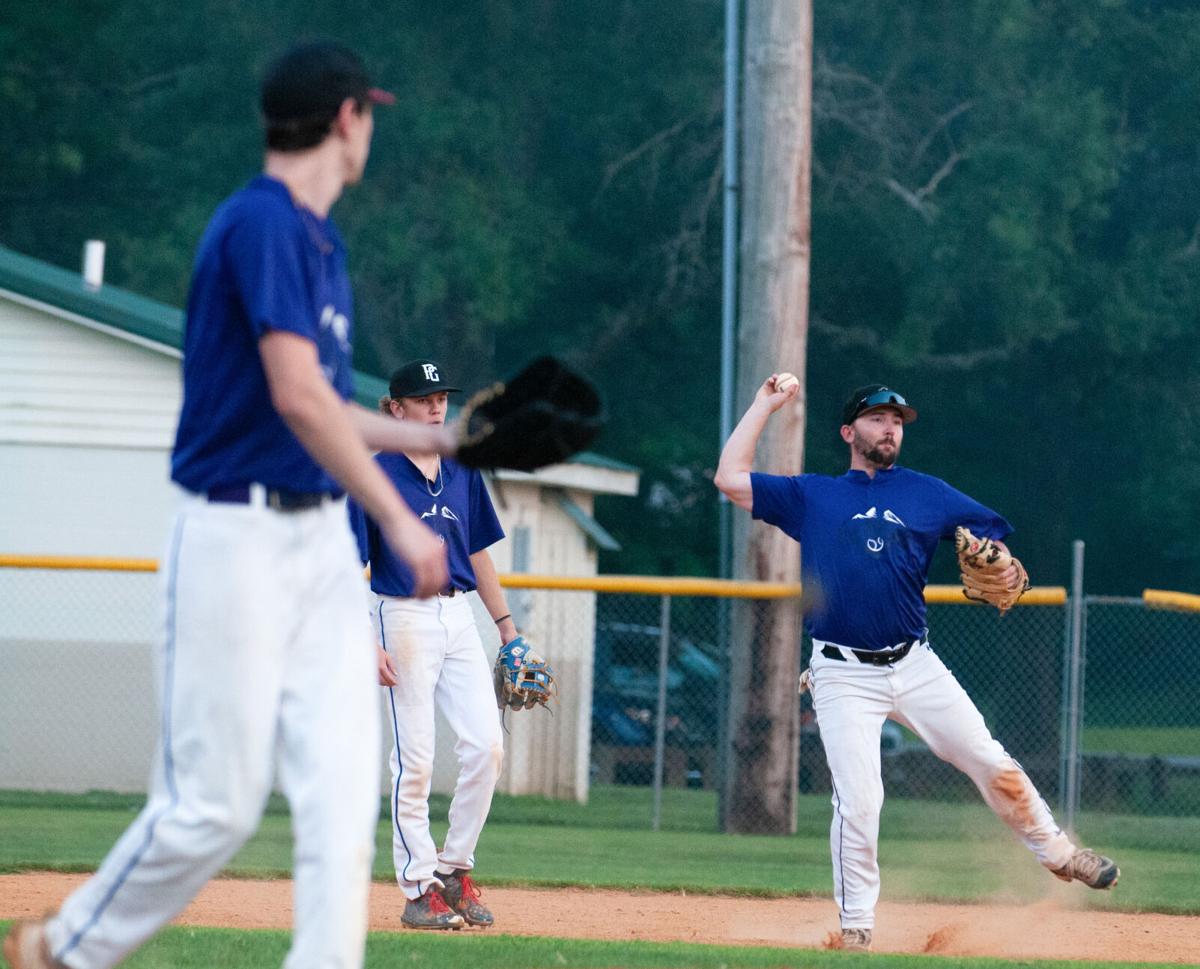 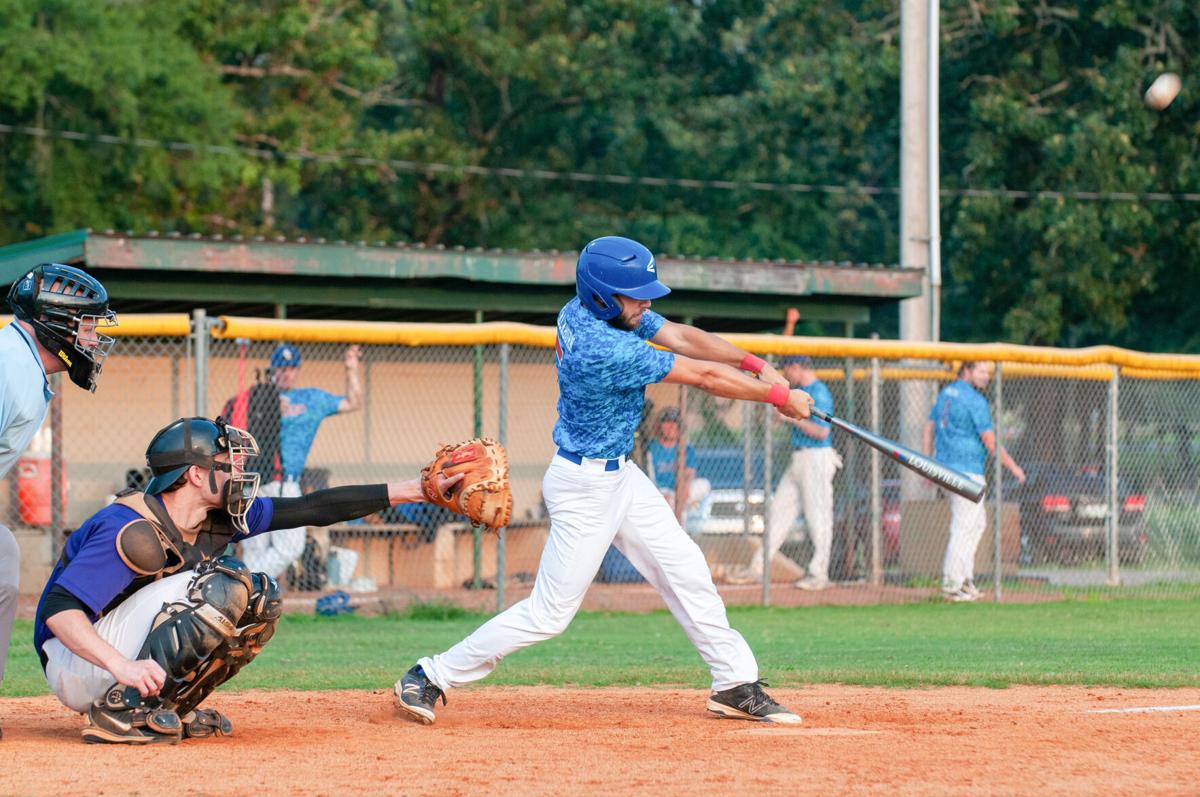 The Tullahoma Men’s Baseball League continued action this past week with one team bowing out of the league, the Cardinals departure giving all teams at least one forfeit win on the season while shaking up the schedule and standing. In highlighted league action:

The Rockies emerged the victor in the battle of unbeaten this past week as they lifted to 4-0-1 while handing the Cubs their first blemish of the season in an 11-3 throttling in Tullahoma Men’s Baseball League action this past week at Waggoner Park.

The Rockies’ only hiccup coming into the game was a 4-4 time limit draw against the Mud Dogs in week two of the 2021 campaign. Otherwise, the Rockies have made short work of the competition, dispatching the Cardinals 19-4, beating the Yankees 15-10 and the Royals by an 11-2 count.

The third inning proved to be the key to victory for the Rockies as they rocked the Cubs for four runs in the top of the inning, expanding a 3-0 lead into a 7-0 advantage. The Cubs’ only success on the base paths came in the fourth when they mustered all three of their runs thanks to a Trevor Sanders who launched a towering homerun over the right field light pole.

The Rockies were led in run production by Wyatt Nugent and Gavin Elmore, both with two RBI. Elmore was also perfect from the plate, going three-for-three with the stick, Nugent and AJ Parker both added a pair of hits for the winners as they outhit the Cubs 14 to four. Luke Davidson accounted for half of those hits for the Cubs as he went two-for-two from the dish.

AJ Parker worked four innings on the hill, surrendering all three of the team’s earned runs while fanning four Cubs. Pitch tracker revealed 42 of his 65 pitches were strikes. Nugent came in for an inning of relief work and fanned two Cubs.

The Pirates found themselves on the short end of a 9-8 score as they lost to Reese’s Mechanical at Waggoner Park. They are now 3-2 thanks to a forfeit win over the Cardinals which pulled out of the league. Reese’s now boasts a 4-1 record thanks to their edging the Pirates.

Reese’s big inning came in the third as they were able to get out to an 8-3 lead after their offensive barrage. The teams were knotted at 3 after the first inning with Reese’s taking a one-run advantage after two innings. After getting punched in the mouth in the third, the Pirates came out swinging in the fourth, plating four runs of their own. However, an insurance run in the fifth for Reese’s was just enough to get them by as the Pirates were only able to muster one run in the final inning.

Seth Smith and Jonathan Boyce accounted for nearly half their team’s runs with two RBI apiece of Reese’s. They were also a perfect two-for-two at the plate. Donvain Pearson led the Pirates with two RBI.

Reese’s used a trio of hurlers on the mound as Seth Smith, Phillip Womble and Cole Boyce combined to fan six Pirates while giving four free passes. Lee Patrick worked most of the way on the hill for the Pirates as he fanned six and walked five in four innings of work.

The Reds were able to stay undefeated on the season by no hitting Jacobs 12-0 to go to 3-0-1 while Jacobs is looking up from the cellar at 1-5.

Grey Alexander got the win as he worked all four innings, fanning two batters while his defense kept a clean slate. Offensively, Shane Smith and Harper Case both had two hits while Smith and Cody Stephens and Tyler Wright each contributed two RBI in the shutout.

The Yankees fell to 2-4 on the season as they fell to the Mud Dogs 11-1 at Grider Stadium. The Mud Dogs improved to 3-1-1 thanks to the victory.

The damage was done in the first inning as the Mud Dogs responded to a single run by the Yankees in the top half of the opener with six runs of their own. The rest was window dressing as they scored two in the second and three in the fourth. The Mud Dogs outhit the Yankees 16 to two with Griffin Meeker, Hayden Skipper, Dallas Holmes, Tyler Hickerson and Ben Friends all getting a pair of hits at the plate. Skipper and Holmes both had two RBI. Zack Milan went the whole way for the Mud Dogs, fanning nine Bronx Bombers on the way to getting the win.