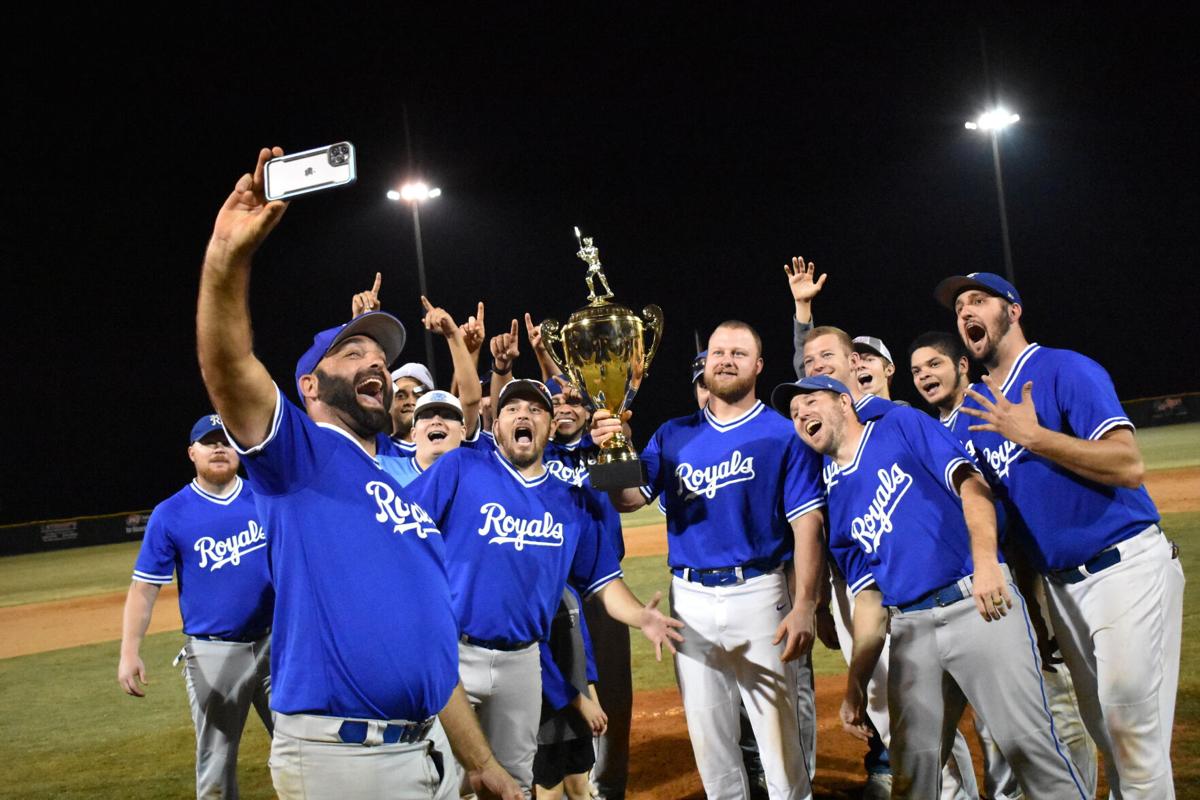 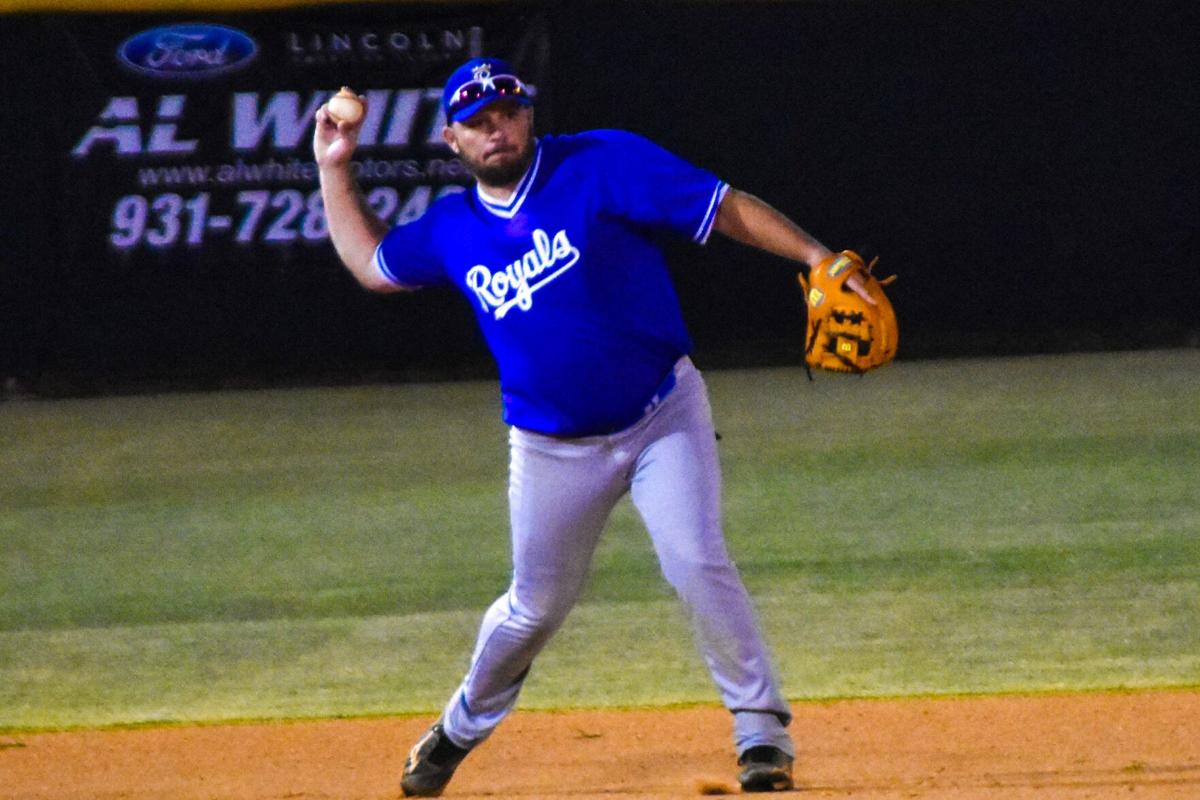 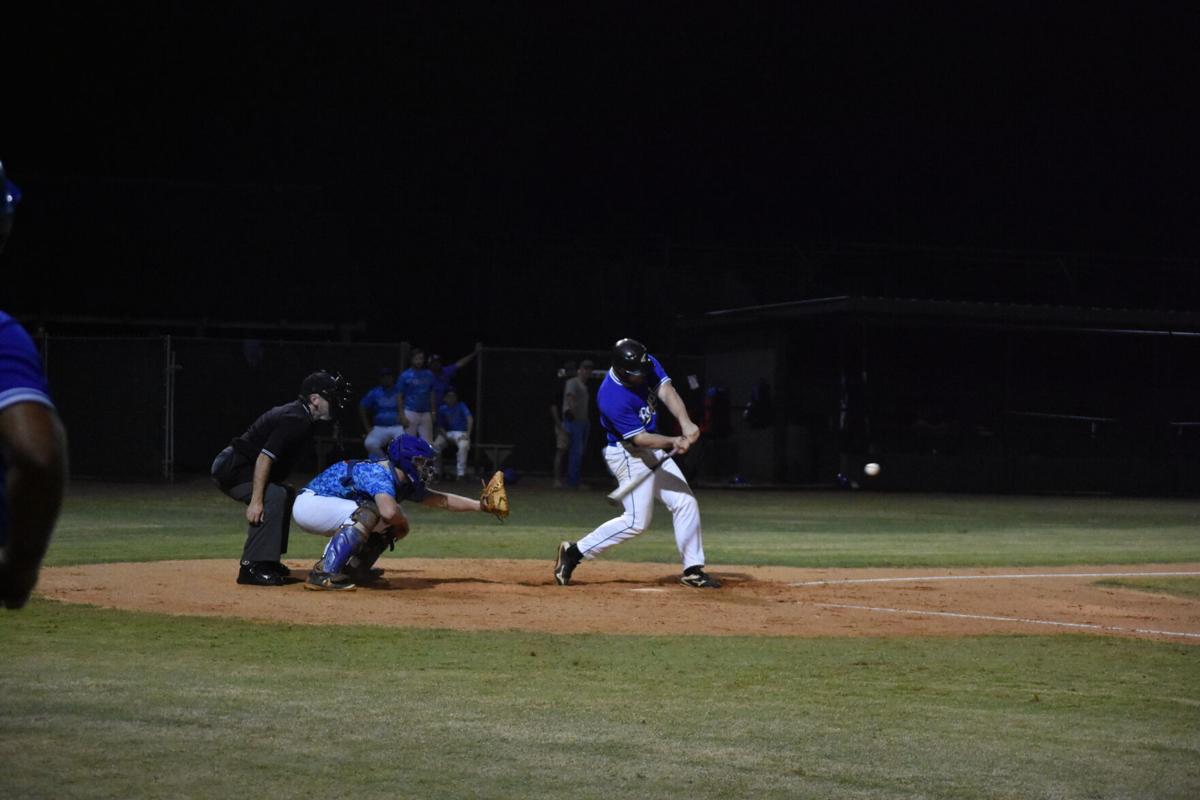 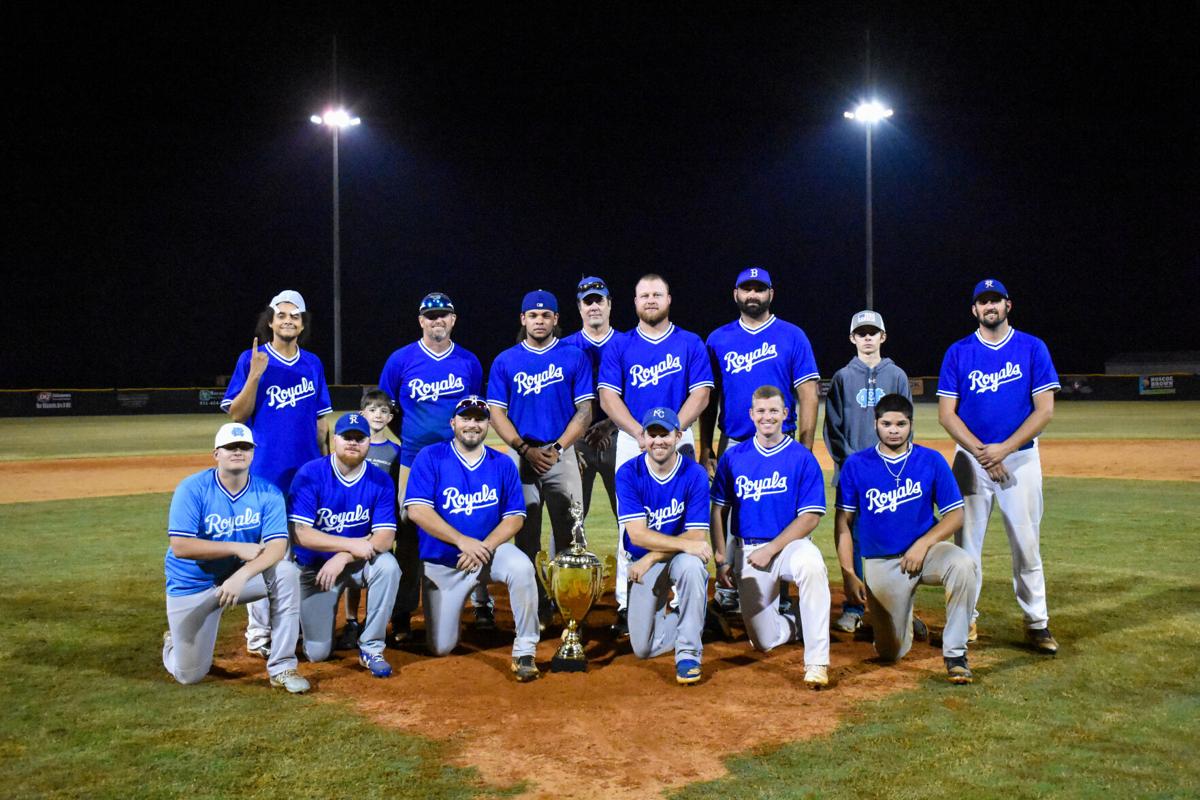 The Royals were crowned kings of the Tullahoma Men’s Baseball League Monday night as they shutout the Cubs 8-0 in the league final to claim the T-Town championship.

The Royals seized control of the game early and never trailed on their way to claiming the crown, going up 1-0 in the second and adding two more in the fourth to hold a 3-0 lead before blowing the game out in the fifth with four more runs. Their win came after the game was delayed by a week due to heavy rain that fell last Monday.

Central to their win was a dominant performance on the hill by Royal pitcher Kalen Thompson as he went the whole way for the winners. Thompson surrendered just four hits in the his five innings of work while striking out eight Cubs and surrendering just one base on balls. The hurler threw 88 pitches, 50 of which were strikes and was working from ahead most of the night as he threw first pitch strikes to 11 of the 18 batters he faced. The Cubs who did make contact had trouble putting the ball on the ground as the Royals defense snagged five fly balls in support of their pitcher.

On the offensive side of the ball, Tyler Cavender was the man as he accounted for half of the Royal runs, batting in four as he went two-for-three from the dish and crushed two homeruns. He was joined by Clark Carden who went a perfect two-for-two  and Joe Long who went two-for-three with the stick and accounted for two RBI. The Royals had nine hits on the night. The Cubs had no batters with more than a single hit. Tyler McBay worked most of the game for the Cubs on the hill and was relieved late by Cam Price.

The win competes an 11-3 season for the Royals who nipped the Lonestars 4-3 in the first round of the playoffs before smoking the Reds 10-1 in the semifinals. The Cubs finished the season 10-2-2 with their only other loss of the year coming to the Rockies nearly two months ago.