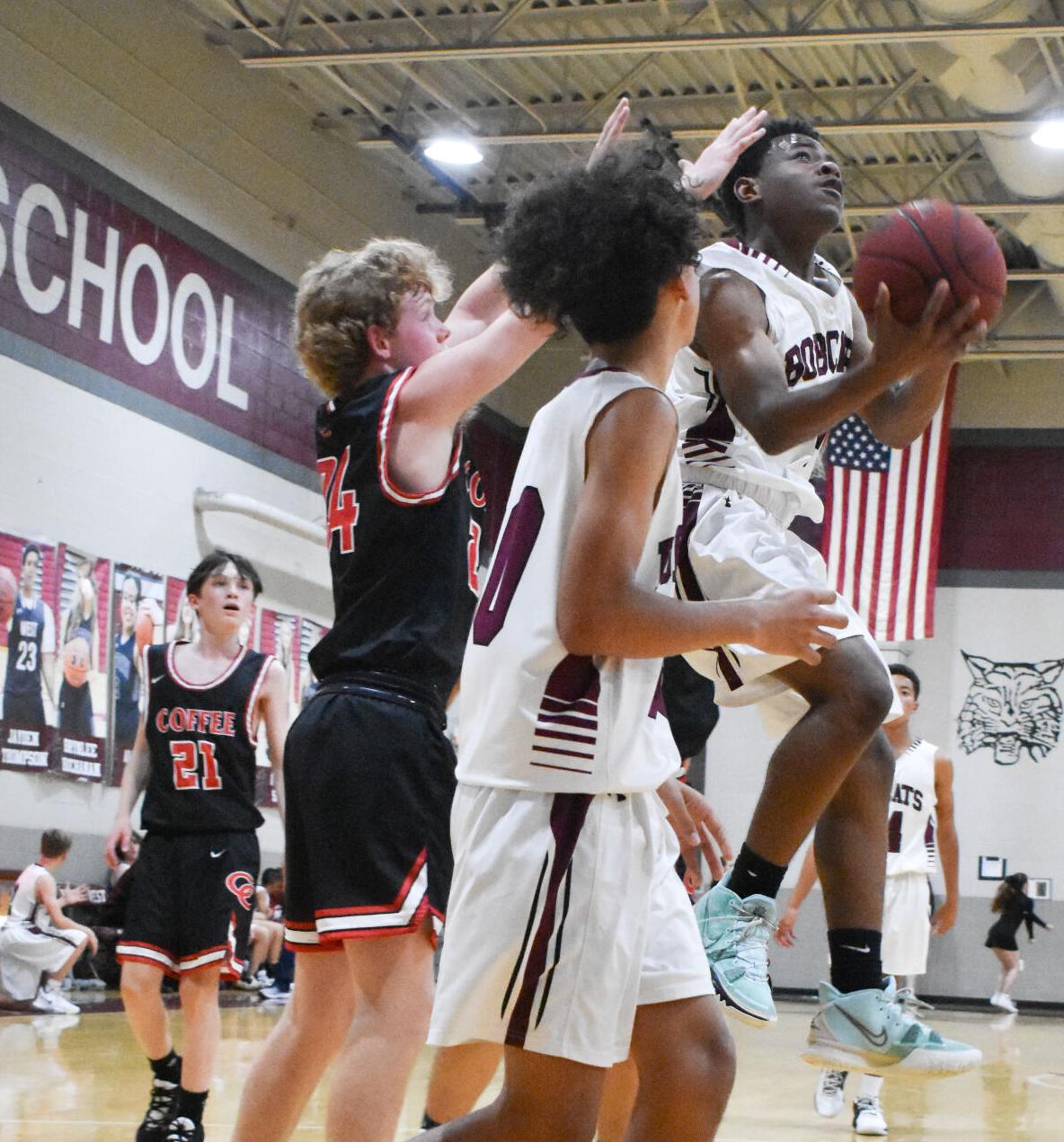 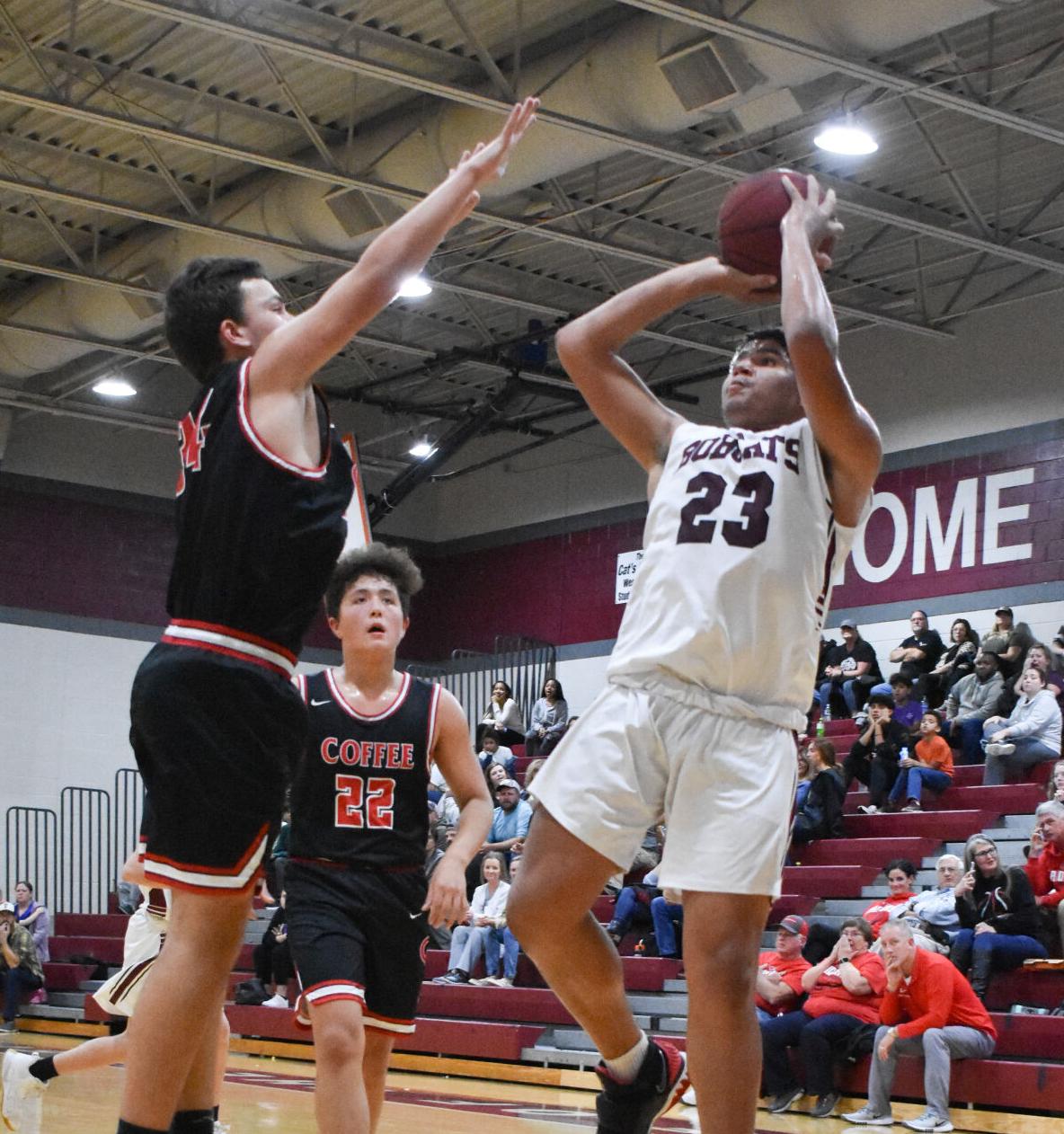 The West Middle School Bobcats were able to pull out a win over the Coffee County Raiders after a comeback in the third quarter, slipping past the Raiders 39-27 as Jayden Thompson put up 19 in the victory.

Thompson worked his way back into the paint for another two points in the second quarter. Jermey Adkisson and Lemmon both added another two for the Bobcats, cutting the Raider lead to 13-10 at the half.

The Bobcats came out more aggressive during the second half, scoring 12 points in the third quarter. Thompson accounted for seven of those 12 points. Lukas Taylor-Rodriguez drained a three for the Bobcats. Lemmon added another two. The Bobcats took the advantage at the end of the third, leading the Raiders 22-16 going into the last quarter.

Thompson chalked up eight points during the fourth quarter. Addian May added five points onto the board for the Bobcats. Adkisson and Taylor-Rodriguez both put up two points on the board. The Bobcats kept their lead and won 39-27.