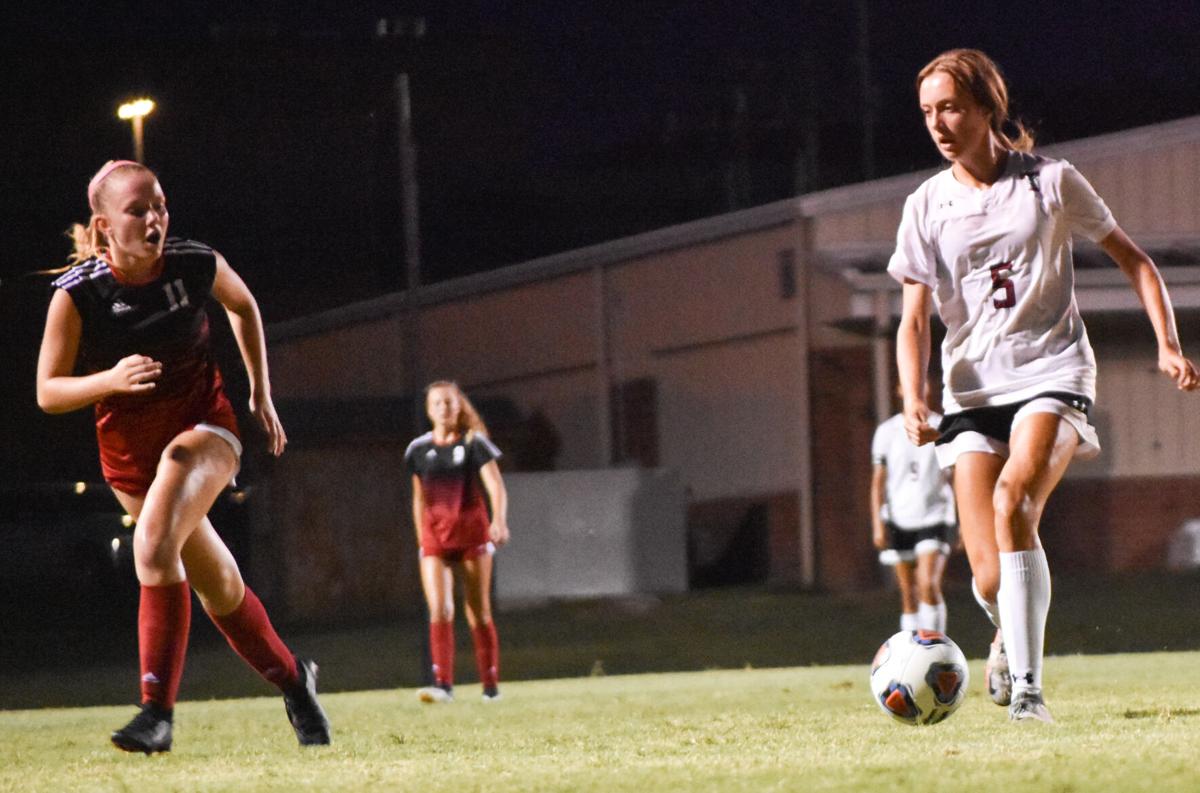 Lily Storey keeps the ball at her feet in the midfield during Tuesday night’s game against Page. 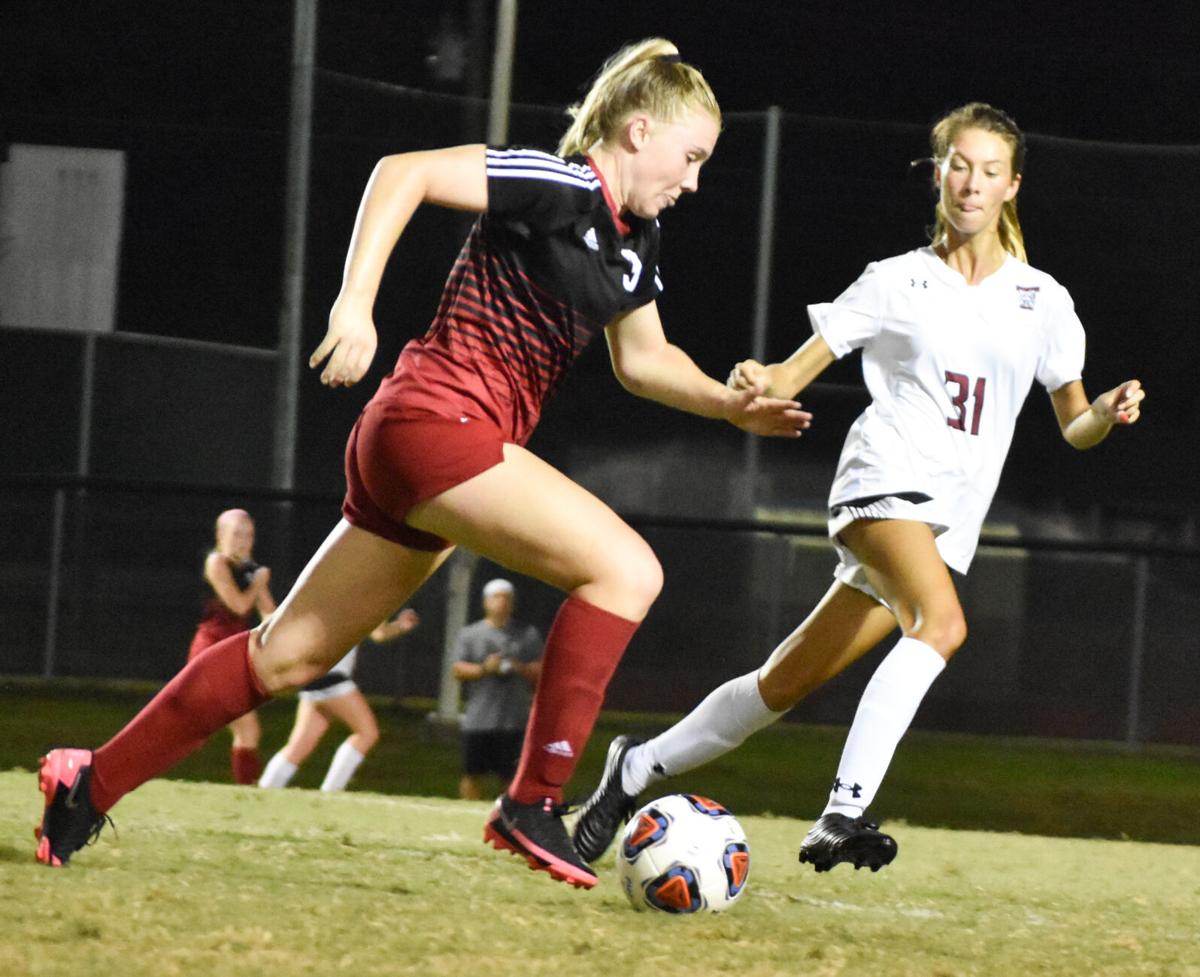 Paisley Simmons pressures a Page player away from the middle of the field.

Lily Storey keeps the ball at her feet in the midfield during Tuesday night’s game against Page.

Paisley Simmons pressures a Page player away from the middle of the field.

The Lady Wildcats started their season off with six wins. They enjoyed victories over Lawrence County and Marshall County, and the Lady Wildcats were battling for second place in district during the Page game.

The Wildcats were able to keep the game even until the 26th minute of play when senior Page Patriot MacKenzie Graham made her way down the left flank to score. Graham was able to net another goal in the 29th minute. The Wildcats were unable to break through the Patriots defense during the first half leaving the score 2-0 at halftime.

The Lady Wildcats applied more pressure to the Patriots during the second half. Tullahoma as able to put a point on the board in the 8th minute of play. Amy Johnson broke through the Patriot defense to score through two defenders.

The Wildcats were able to hold the Patriots for most of the second half. Goalkeeper Kaylee Smith had several saves to help the Wildcats.

“Kaylee had some outstanding saves. She has really developed into an outstanding keeper,” Head Coach Richie Chadwick said.

The Wildcats were able to hold the Patriots 2-1 until the last nine minutes of play. Reagan Hamilton was able to slip through the defense to score on Tullahoma to bring the game to 3-1.

“We started the match with good possession and built up from the back,” Chadwick said.

Johnson was the only Wildcat to hit the back of the net during Tuesday’s game. Johnson is leading the Wildcats with 13 goals this season.

“She is playing very well and has been in nice rhythm. She is a dynamic player,” Chadwick said about Johnson.

The Wildcats were set to play host to White County Thursday night for Tullahoma’s senior night. Results of this match were unavailable at press time. Check next Wednesday’s issue for a recap. The Lady Wildcats will travel to Giles County Tuesday Sept. 21 to take on another district match. Tullahoma is currently placed 3rd in district with a 2-1 record.