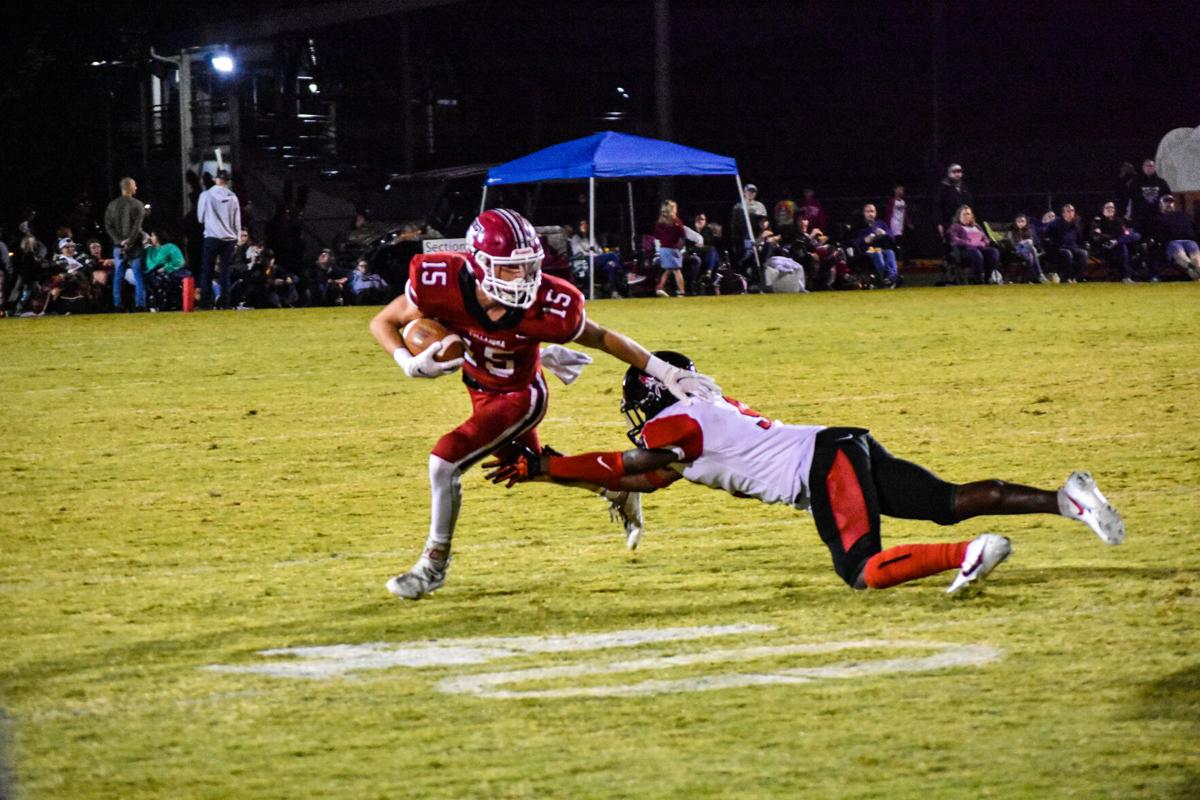 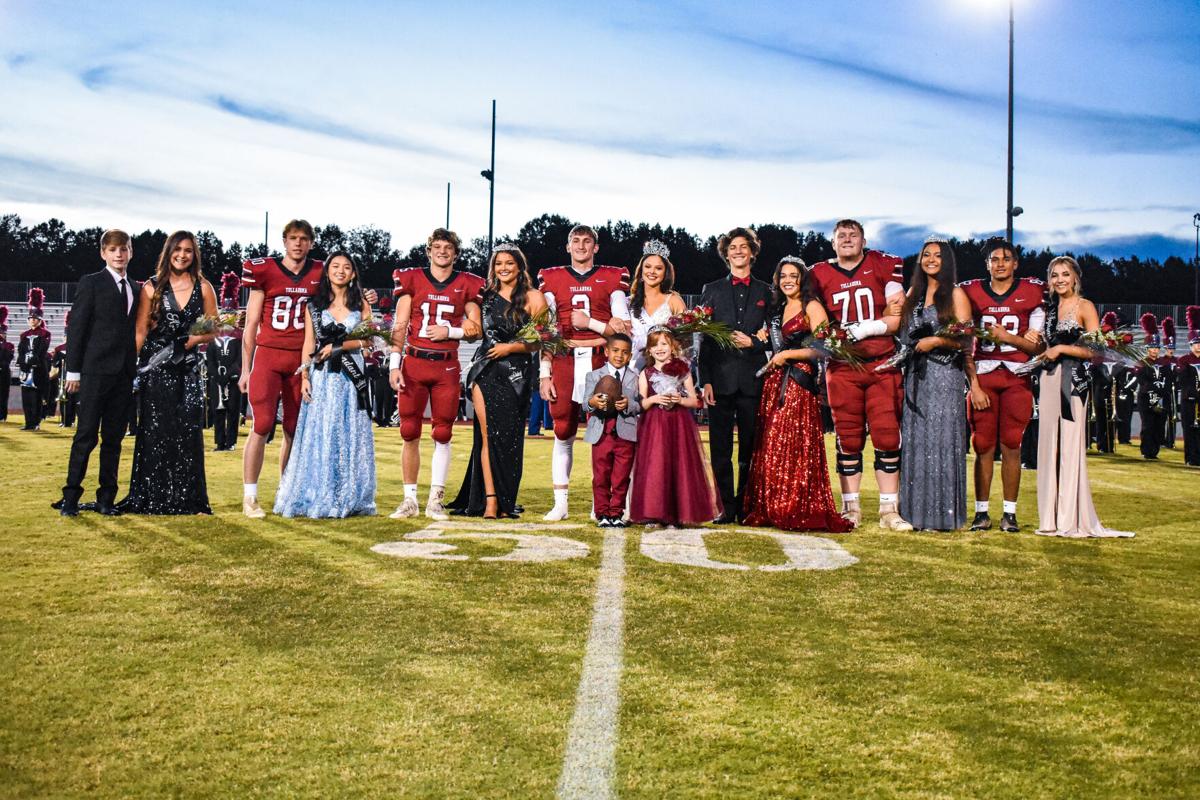 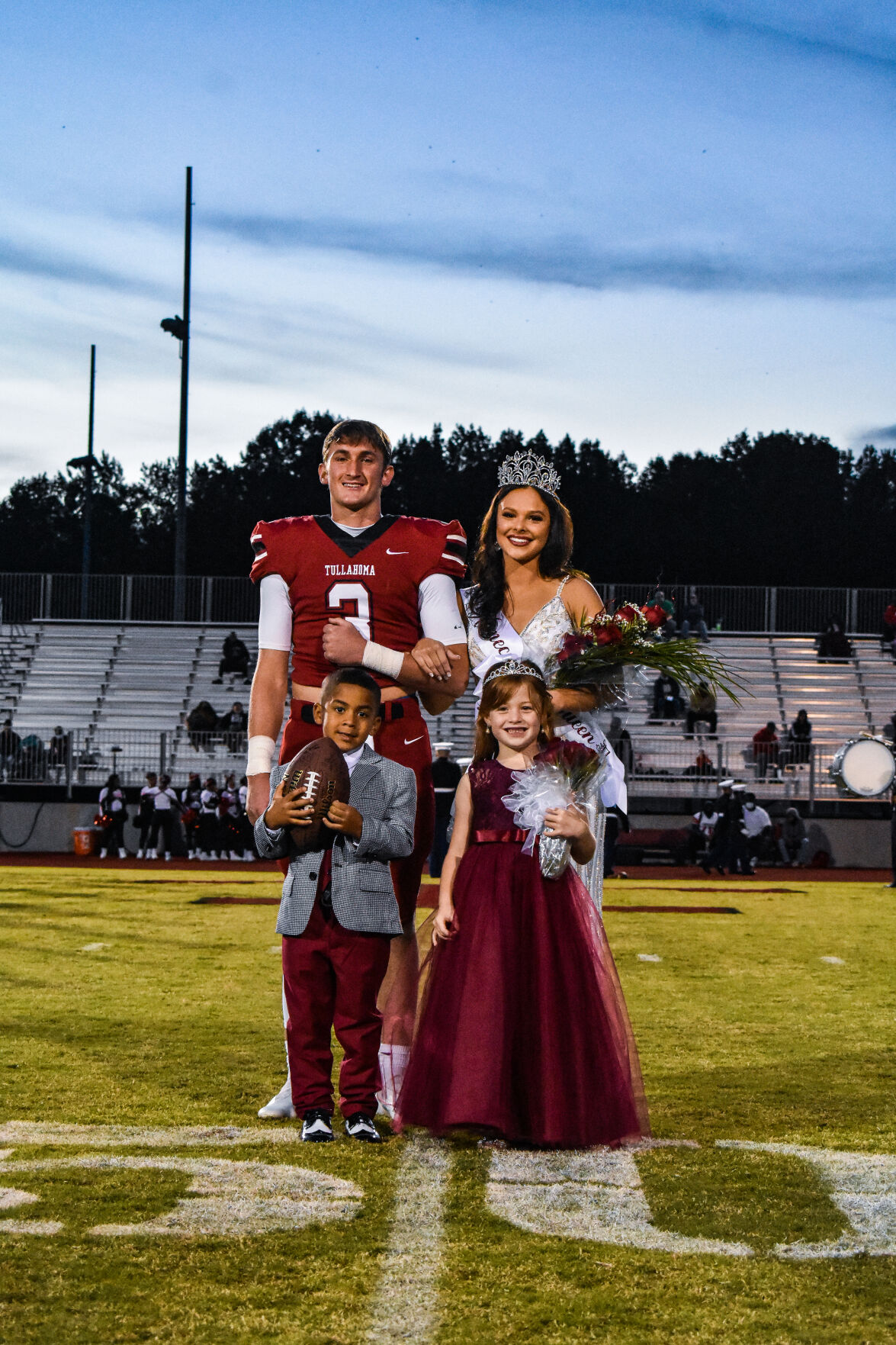 Joe Duncan and Madelyn Bobo were announced as King and Queen of football homecoming.

The Tullahoma Wildcats were able to slip past the Pearl-Cohn Firebirds on homecoming night, holding off a late charge by the state’s number-three team to claim a 24-21 win in the Region 5 clash of titans.

The Wildcats went into Friday night’s game ranked one spot ahead of Pearl-Cohn, voted number-two in the state by the Associated Press.

The Wildcats did not disappoint on homecoming night. Coming out hot, the Wildcats were able to score two touchdowns in the first quarter and another before halftime.

Wildcat KeiShawn Cummings rushed for a two-yard touchdown to bring the crowd alive in Wilkins Stadium. The Wildcat’s five-star kicker Justus Chadwick topped that off with a point after touchdown kick.

The Wildcats kept their momentum going forward. With a punt return to the Pearl-Cohn 30-yard line, Jacob Dixon got the Wildcats into scoring position. Tullahoma’s quarterback Ryan Scott looked down field and found Dixon to make a 28-yard touchdown pass to bring the Wildcats to a 13-0 advantage. Chadwick’s extra point put the Wildcats up 14-0 at the end of the first quarter.

Tullahoma’s defense started off the second quarter strong. Jaden Taylor was able to recover a fumble at the Tullahoma 16-yard line, giving the Wildcat’s offense a chance to shine. Jaxon Sheffield made his way down the field with five carries. Sheffield pushed his way through the Firebirds defense to score the only touchdown in the second quarter. Sheffield’s touchdown brought the Wildcats to a 21-0 lead at the half.

The Wildcats came out of the locker room with a more defensive mindset. The Wildcats defense was penetrated by Malachi Cromwell during the fifth minute of the third quarter. The Firebirds were able to break the shutout and gain seven points on the scoreboard.

The Wildcats got the ball back and drove to the Pearl-Cohn 10-yard line and gave Justus Chadwick a field goal attempt. With an addition of three points, the Wildcats were up 24-7 with 11 minutes left in the fourth quarter.

Pearl-Cohn made another run to the Wildcats end zone when Jayden Robinson rushed for an 8-yard touchdown. The Firebird kicker was able to add another point on the scoreboard to make it a 24-14 game.

The Firebirds saw the end zone one last time when Barion Brown rushed for a 27-yard touchdown with six minutes to go in the game.

Still falling just three points short, the Firebirds made a last stitch effort. With a minute and 15 seconds left on the clock, Firebird quarterback KeShawn Tarleton ran toward the Wildcat end zone. Owen Stroop lunged toward Tarleton and hit the ball with his helmet causing a fumble to save the game. Will Partin recovered the fumble at the Tullahoma 25-yard line.

With this victory over the Firebirds, the Wildcats are remain ranked second in the Associated Press polls. The Firebirds are setting at fifth after taking their first loss of the season.

The Wildcats are set to take on the Hillwood Hilltoppers in Nashville this Friday, Oct. 1. Kickoff is scheduled for 7 p.m.