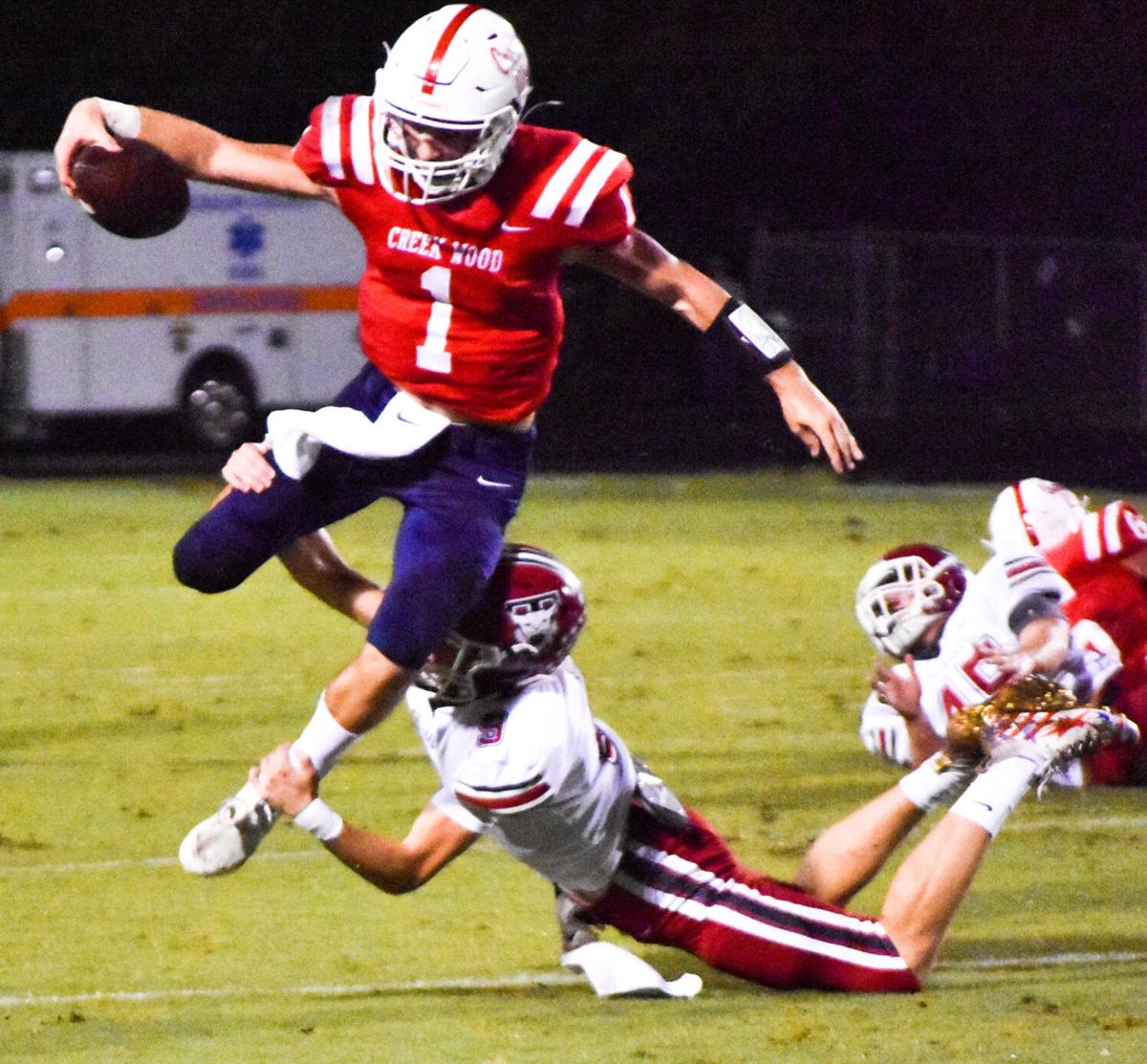 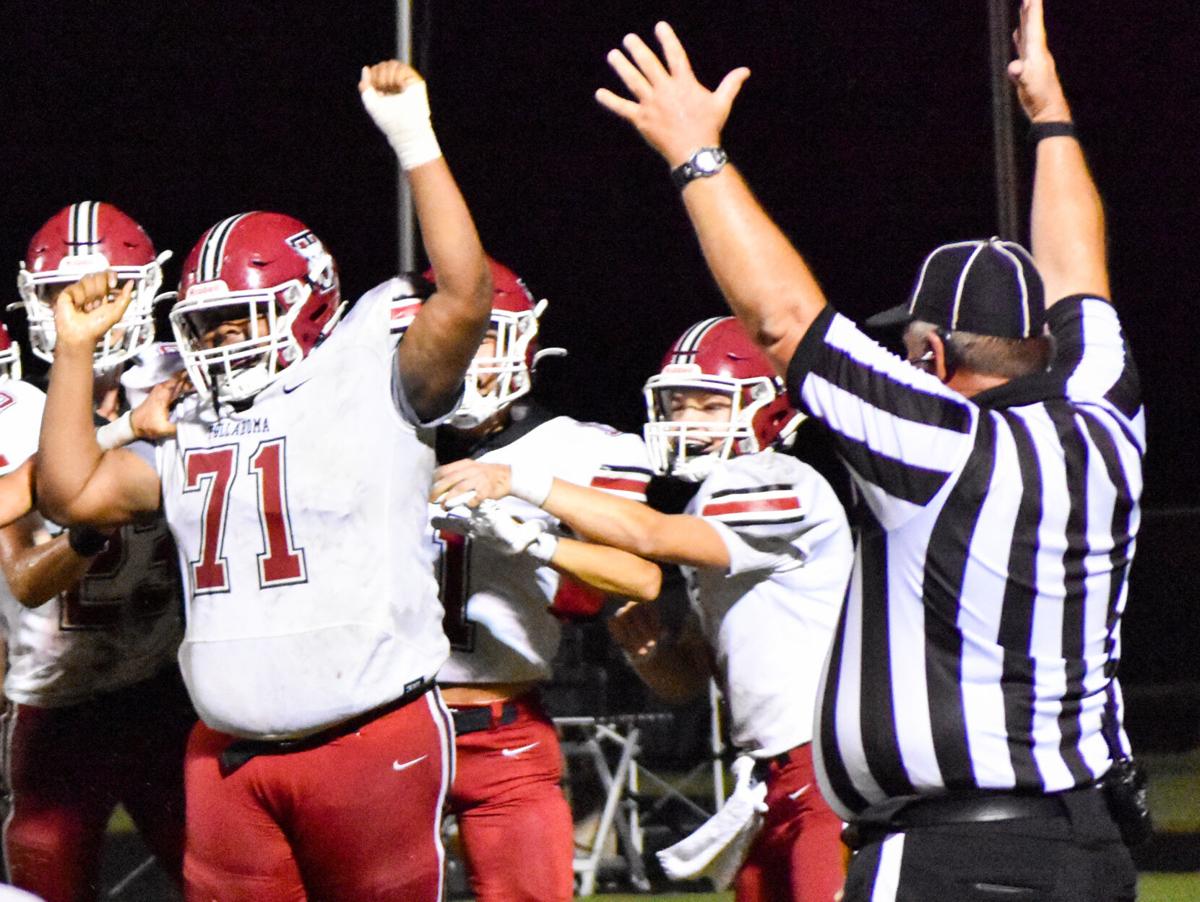 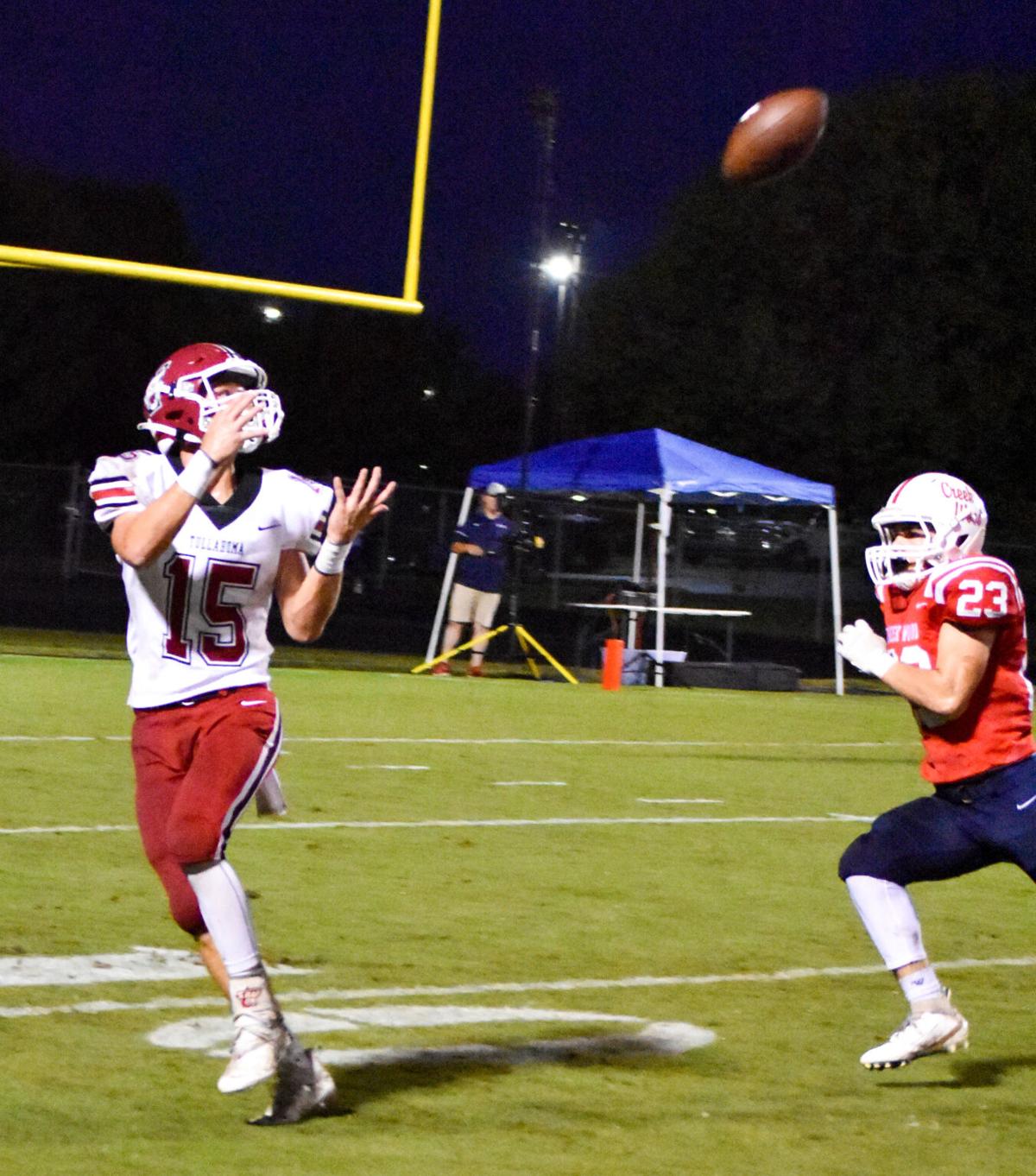 The Tullahoma Wildcats remain undefeated going into their region showdown with Pearl-Cohn this Friday night after routing the Red Hawks in Creek Wood 49-10.

The Wildcats are now 4-0 and ranked second in the state according to the latest Associated Press Poll after their blowout in Creek Wood which, mercifully for the Red Hawks, was cut short due to a severe storm that moved into the area in the fourth quarter.

Tullahoma jumped on their hosts quick and were up 14-2 by the end of the first quarter. Jacob Dixon ran for a 12-yard touchdown for the honor of scoring the first Tullahoma touchdown of the night. With

The Wildcats struck again after quarterback Ryan Scott completed a 32-yard pass to Jacob Dixon to land the Wildcats at the Red Hawk’s 3-yard line. Scott then advanced the Wildcats to a 13-0 lead with a touchdown pass to Brody Melton. Five-star kicker Justus Chadwick was able to put another point on the board to bring the Wildcats to a 14-0 lead.

Creek Wood’s only points in the first quarter were from a safety by Tullahoma when Tullahoma was at their own 3-yard-line.

The Wildcats continued pouring it on in the second quarter with a 76-yard touchdown pass to Krys Uselton. Chadwick brought the team up to a 21-2 dominance at the half.

The Wildcats were relentless during the third quarter, scoring 28 points. Jaxon Sheffield crossed the end zone with a 12-yard rushing touchdown to heighten the Wildcats total to 28-2 with nine minutes left in the third.

Landon Foutch set up the next score when he intercepted a Creek Wood pass at the 50-yard-line. With another long pass from Scott, Dixon landed on the Creek Wood 2-yard line. Scott rushed through the Creekwood defense to score on a quarterback keeper. Grant Chadwick did the honors of topping off Tullahoma’s touchdown with a PAT.

A booming kick by Grant Chadwick and a Creek Wood penalty set the Red Hawks back at their own 17-yard line. Defensive tackle Cameron Robinson then recovered a fumble and dashed into the end zone for a scoop and score. Chadwick’s PAT put the Wildcats up 42-2.

The Red Hawks were able to break through the Tullahoma defense to score a 2-yard rushing touchdown and follow that with a two-point conversion to make it 49-10 before Mother Nature brought an early end to the tilt with seven minutes still remaining in the game.

Tullahoma will take on 5-0 Pearl-Cohn, which is ranked third in the state by AP, Friday Sept. 24 for their homecoming game. Kickoff is set for 7 p.m. and homecoming festivities are set to start at 6 p.m.