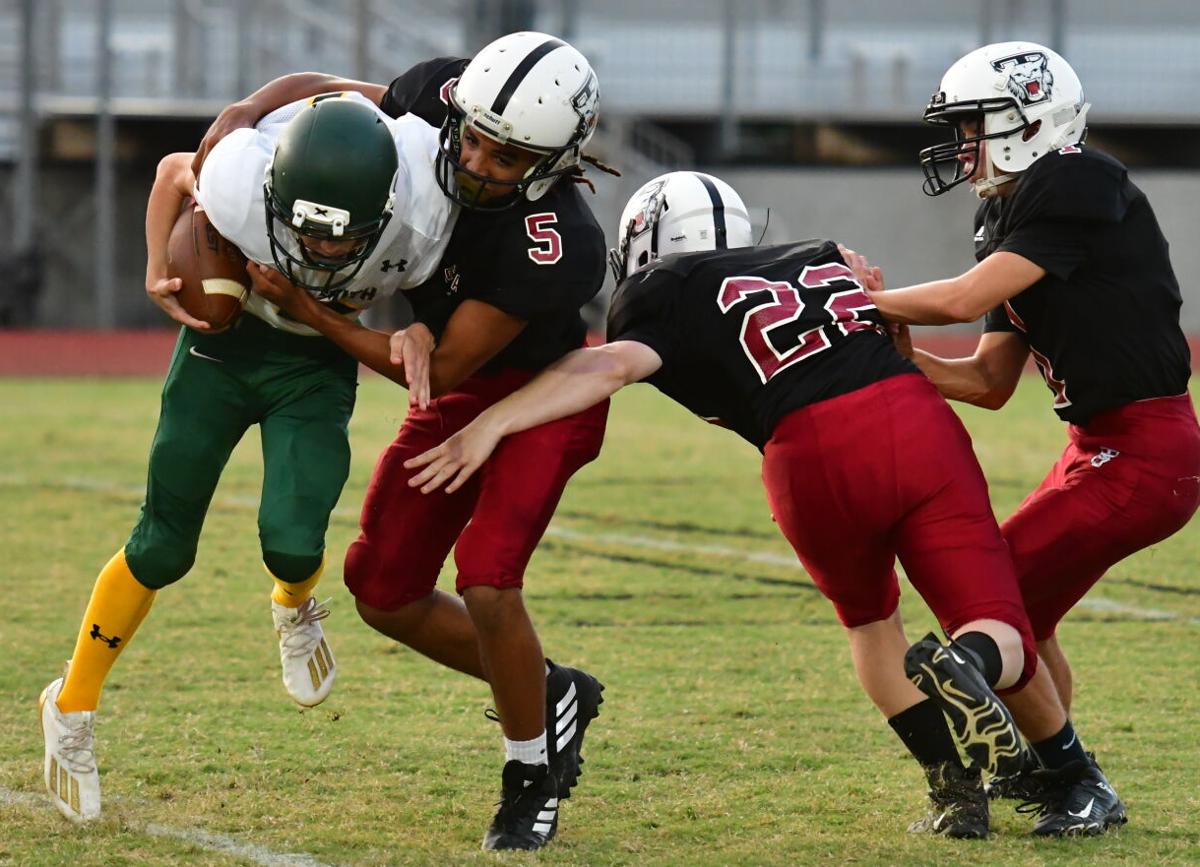 Tullahoma's Justis Haggard wraps up a tackle against a South Middle School running back on Tuesday. The Wildcats limited the Trojans to just 110 yards of offense. 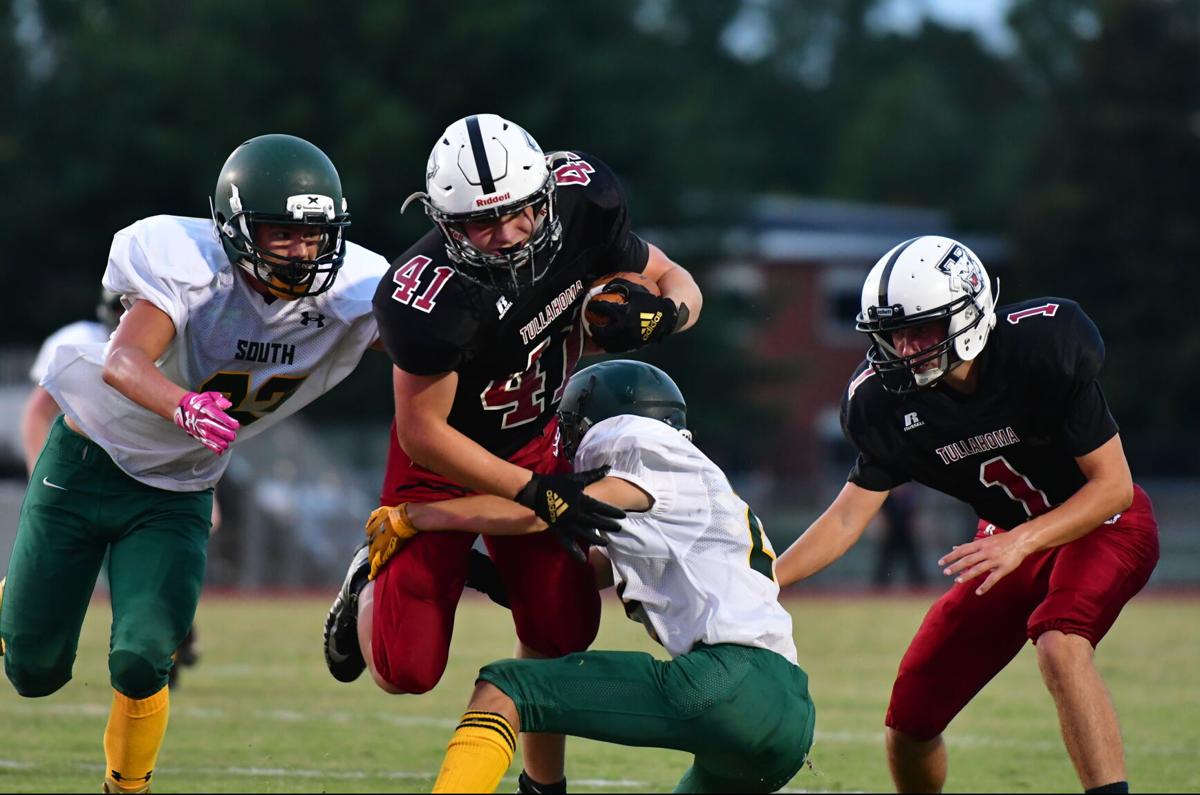 Tullahoma running back Ryan Denby runs the ball against South on Tuesday. Denby had 64 rushing yards and a touchdown on six carries in the Wildcats' 34-6 win over the Trojans.

Tullahoma’s defense swarmed and harassed South consistently, on its way to notching a 34-6 home win on Tuesday, improving its record to 3-2 on the season.

The Wildcats limited the Trojans to 110 total yards on the night, 98 of which came on a third-quarter touchdown run. After Tullahoma had its second-string defense on the field, Luke Kelleher broke free for the long score to cut South’s deficit to 34-6.

Until that point, the Wildcats had dominated play and finished Tuesday with 218 total yards. The majority of those yards came on the ground and Tullahoma rushed for 123 yards, led by Ryan Denby who ran for 64 yards and a touchdown on six carries.

Denby’s score came just five plays into Tuesday’s ballgame. After Tullahoma marched to the Trojans’ 28-yard line, Denby broke free for a score to put the Wildcats in front with 6:16 left in the third quarter.

On the ensuing 2-point conversion, quarterback Mason Bratcher hit Bronson Bunch with a jump pass to give Tullahoma an 8-0 advantage.

Just one play into the second quarter, the Wildcats upped their lead as Justis Haggard rushed for a 10-yard touchdown. This time, the 2-point conversion was unsuccessful as Bratcher’s pass fell incomplete, making the score 14-0 with 7:54 remaining before halftime.

After forcing South to punt on its next offensive series, Tullahoma scored on a long touchdown pass. Bratcher was able to hit Khani Johnson, who stiffed armed an opponent and raced into the end zone from 67 yards out with 2:06 left in the second quarter.

Once again, the Wildcats were unsuccessful on their 2-point conversion and led 20-0. After a false start by Tullahoma, Denby fell 2 yards short of the goal line on the attempt.

The Wildcats added one final score in the first half, coming with 25 seconds left on the clock. South shanked a punt that landed at its 25-yard line and three plays later, Tullahoma scored. Bratcher and Bunch once again connected, this time for a 7-yard touchdown.

The duo of Bratcher and Bunch converted on the ensuing 2-point attempt as well, making the score 28-0 at halftime.

South went three-and-out on its first offensive series of the first half and elected to punt the ball away. After fielding the ball at Tullahoma’s 48-yard line, Johnson broke free down the left sideline with 6:37 remaining in the third quarter.

The Wildcats were unsuccessful on the 2-point conversion and led 34-0. Denby once again fell just short of the end zone and was stopped at the 1-yard line.

While Denby led the Wildcats in rushing, Haggard also ran for 60 yards and a touchdown on five carries. Bratcher completed four of his seven pass attempts on the night with a pair of touchdowns.

Following Tuesday’s win, Tullahoma will hit the road to face North Middle School on Tuesday. Kickoff is scheduled for 6:30 p.m.