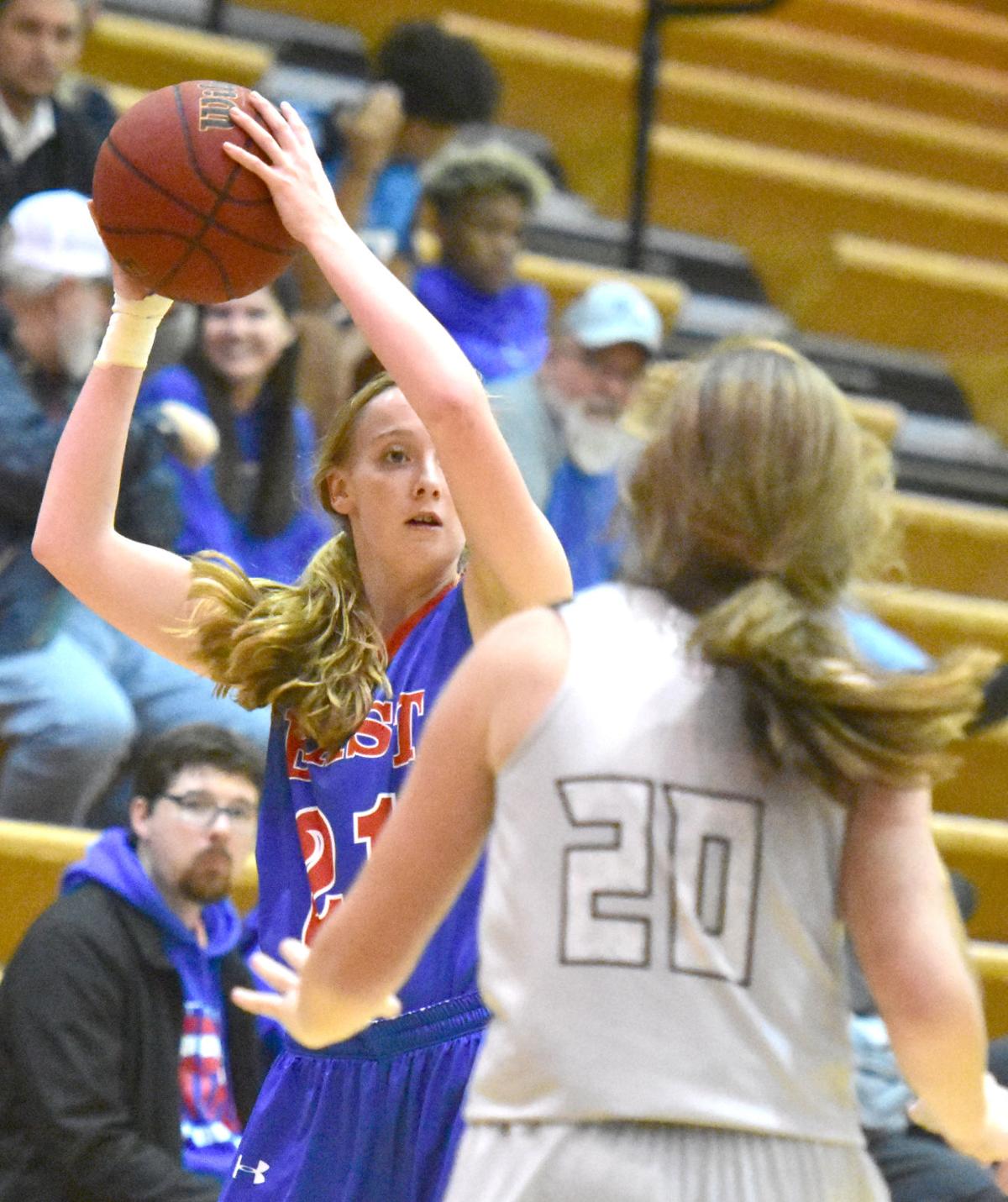 Emeri Saunders looks for a teammate to pass the ball to against West earlier this year on Nov. 7. Saunders scored six points in East's win over South on Thursday. 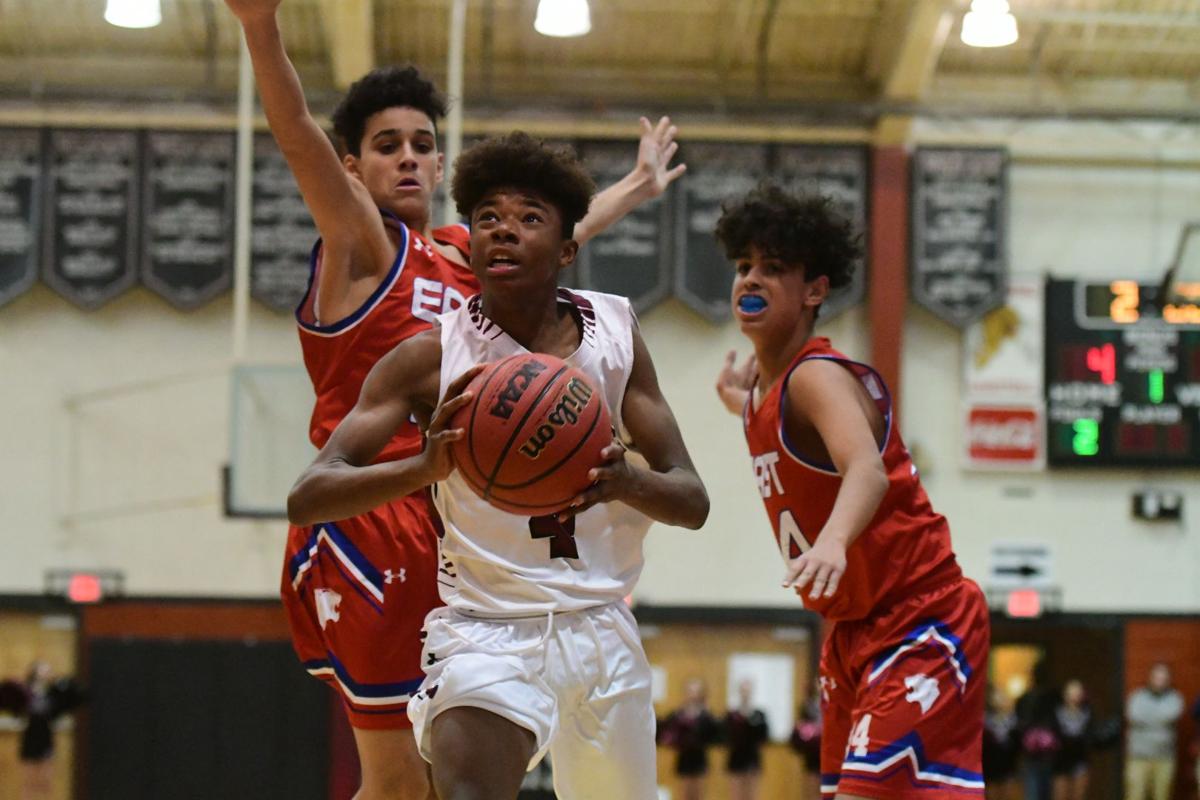 DeAndre Jenkins goes up for a shot against East on Nov. 7. Jenkins put up 18 points for West in a 48-18 win over Harris on Thursday.

Three of the four middle school basketball teams in Tullahoma garnered wins Thursday, as the East girls and boys teams as well as the West boys teams secured victories.

The East girls’ team notched its first win of the season, picking up a 29-14 road victory over South. The Panthers followed with a dominating 60-37 win to cap off the night.

In the girls’ matchup, Audrey Todaro scored four points in the first quarter, as the Lady Panthers jumped out to a 4-2 lead at the end of the first period. Todaro put up her points on a pair of field goals.

In the fourth quarter, East once again outscored South, 8-7, capturing the win. Todaro scored four points in the final period, while Grizzard and Gibbs each added two points.

Todaro led the Lady Panthers in scoring on the night, putting up 12 points. Saunders and Gibbs each finished with six points. Grizzard finished with three points, while Daniels rounded out the scoring with two points.

In the boys contest, the first quarter was the telling story, as the Panthers put up 15 points and held South to just three points, as East never trailed in the game.

Jalen Hill put up six points in the opening quarter for the Panthers, including hitting a 3-pointer. Malik Grizzard added two points in the period, while Jacob Sanchez hit a 3 of his own. Jaiden Sanchez added a basket of his own.

The Panthers took a 27-17 lead into halftime and then a 39-29 advantage into the final period of play. In the fourth quarter though, East netted 21 points, while holding South to just eight points to capture the 60-37 victory.

Hill led the Panthers in scoring on the night, netting 18 points. Grizzard also finished with double figures as he added 14 points.

Both East teams will next play host to Warren County Monday night. Tipoff of the girls’ game is scheduled for 6 p.m. The boys contest will then take place 10 minutes after the girls matchup concludes.

The West boys team improved to 5-0 on the season, after controlling the first quarter, leading the Bobcats to a 48-18 home win over Harris on Thursday.

In the girls game, West struggled for points in the first half, as Harris took a 15-8 lead into halftime. The Lady Bobcats could never combat that slow start, as they trailed 27-20 at the end of the third quarter, before losing 34-27.

Both West teams will head to Coffee County on Monday. Tipoff of the girls’ game is scheduled for 6 p.m. The boys’ matchup will take place 10 minutes after the girls contest concludes.