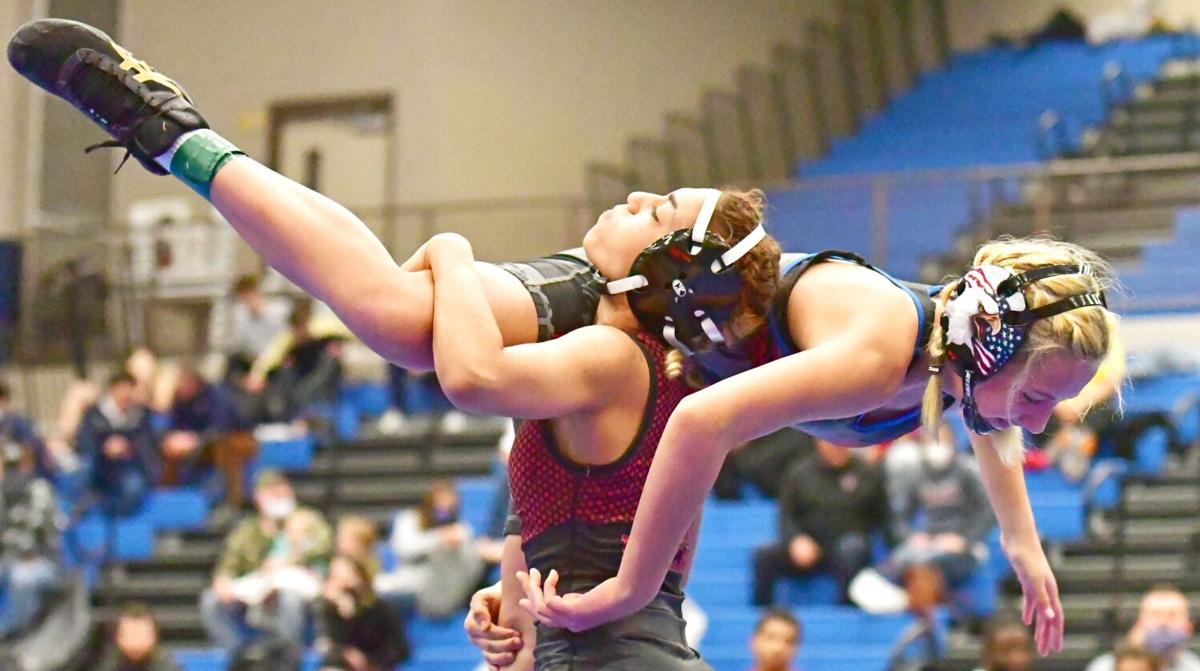 Divine Desilets lifts Rebecca Humenik during the pair’s region semfinal matchup in the 103-pound division on Saturday. Desilets pinned Humenik with 28 seconds remaining in the first round to earn her seat into the TSSAA Individual State Tournament. Desilets was one of four THS wrestlers to qualify for the state tournament. 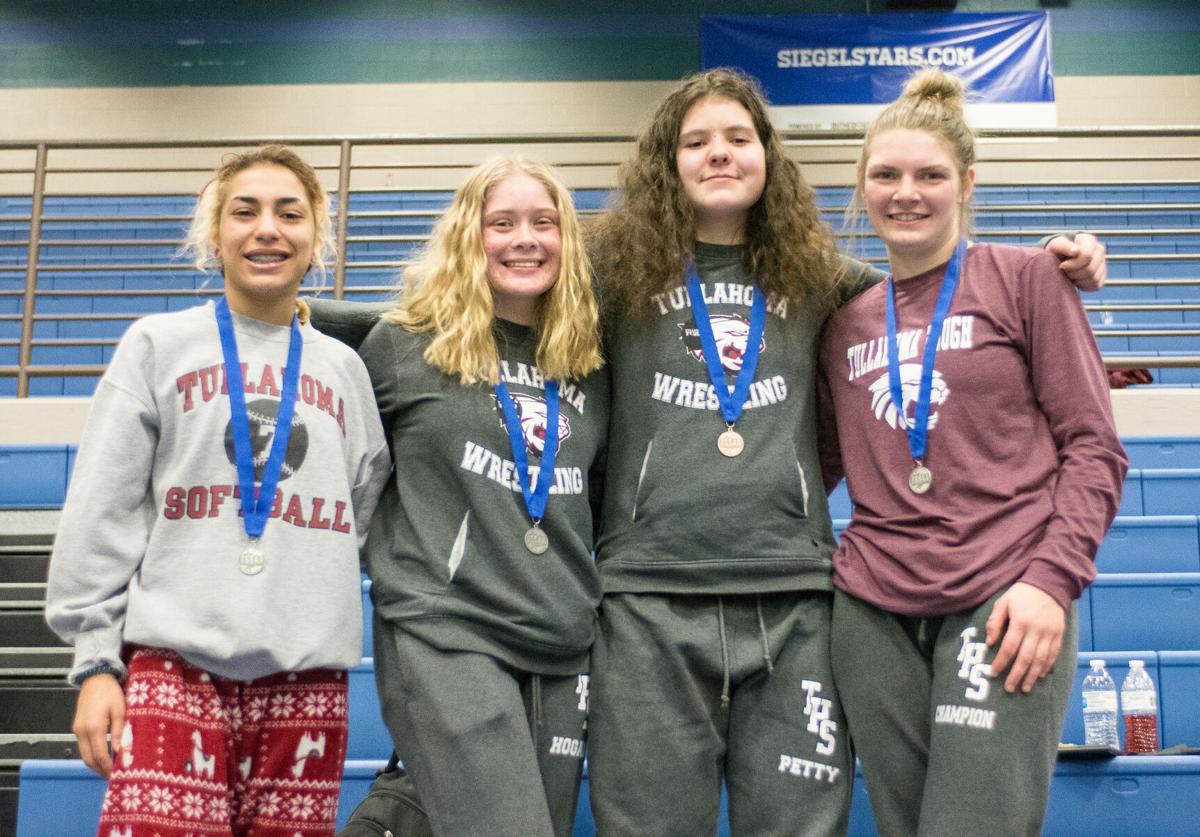 Divine Desilets, Olivia Hogan, Isabel Petty and Katy Champion all secured their spots into the state tournament based on their performances at the region tournament on Saturday.

Divine Desilets, Olivia Hogan and Katy Champion and Isabel Petty all guaranteed themselves a spot into the state tournament after each wrestler finished inside the top four of their respective weight class. The TSSAA State Individual Tournament will take place on Feb. 18-20 at the Chattanooga Convention Center.

Desilets was the first Tullahoma wrestler to punch her ticket to state after winning her semifinal match in the 103-pound weight class. After leading 4-2, Desilets was able to score a pin over Bartlett’s Rebecca Humenik with 28 seconds remaining in the opening round, advancing to the region tournament final.

In that first-place matchup, Desilets finished just short of her goal, falling to Clarksville’s Ella Lina Gonzalez 14-10. After two rounds, the match was tied up at 6, before Gonzalez took control early in third period and held on to seal the victory.

Hogan was the second Tullahoma wrestler to clinch her spot into state after she also won her semifinal match at region on Saturday. During that bout, Hogan was able to hold on for a 9-8 victory over Riverdale’s Morgan Sacharczyk.

In the first-place bout, Hogan was quickly defeated as she finished runner-up in the 132-pound weight class at the region tournament. Hogan was pinned by Dickson County’s Rontaysi Payne in 56 seconds.

Champion was the next Tullahoma wrestler to earn her spot into the state meet after finishing second in the 150-pound weight class. Champion secured her spot with a win in her semifinal bout against Rossview’s Gabby Wilkinson.

Champion went on to fall in the first-place bout, finishing the tournament as runner-up. In that match, Bartlett’s Maggie Graham won by way of a 10-6 decision.

Petty was the final Lady Wildcat to clinch her seat into the state tournament. Unlike the previous three Tullahoma wrestlers, Petty lost her 170-pound semifinal matchup, after getting pinned 32 seconds into the second round by Creek Wood’s Shelby Zacharias.

However, Petty was able to bounce back with a win in the consolation semifinal, securing her spot into state. During that matchup, Petty pinned Rossview’s Ryann Richardson with 1 second left in the second round.

In the third-place bout, Petty was narrowly defeated by Clarksville’s Claire Matthews to finish fourth at the region tournament. Matthews notched a 6-5 decision over Petty to take third place.