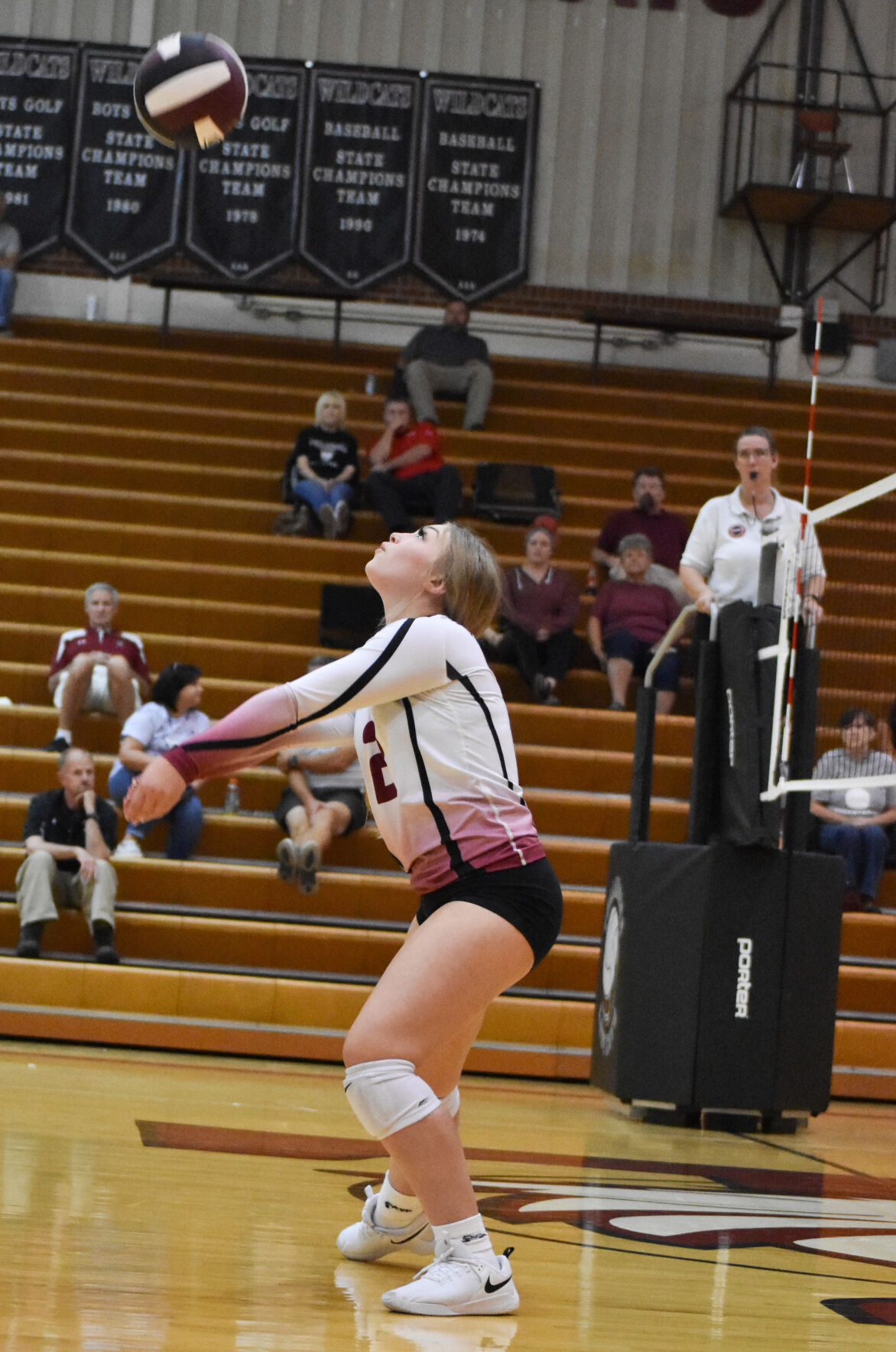 Jada Spry keeps her eye on the ball as she looks to set up a hit in the middle. 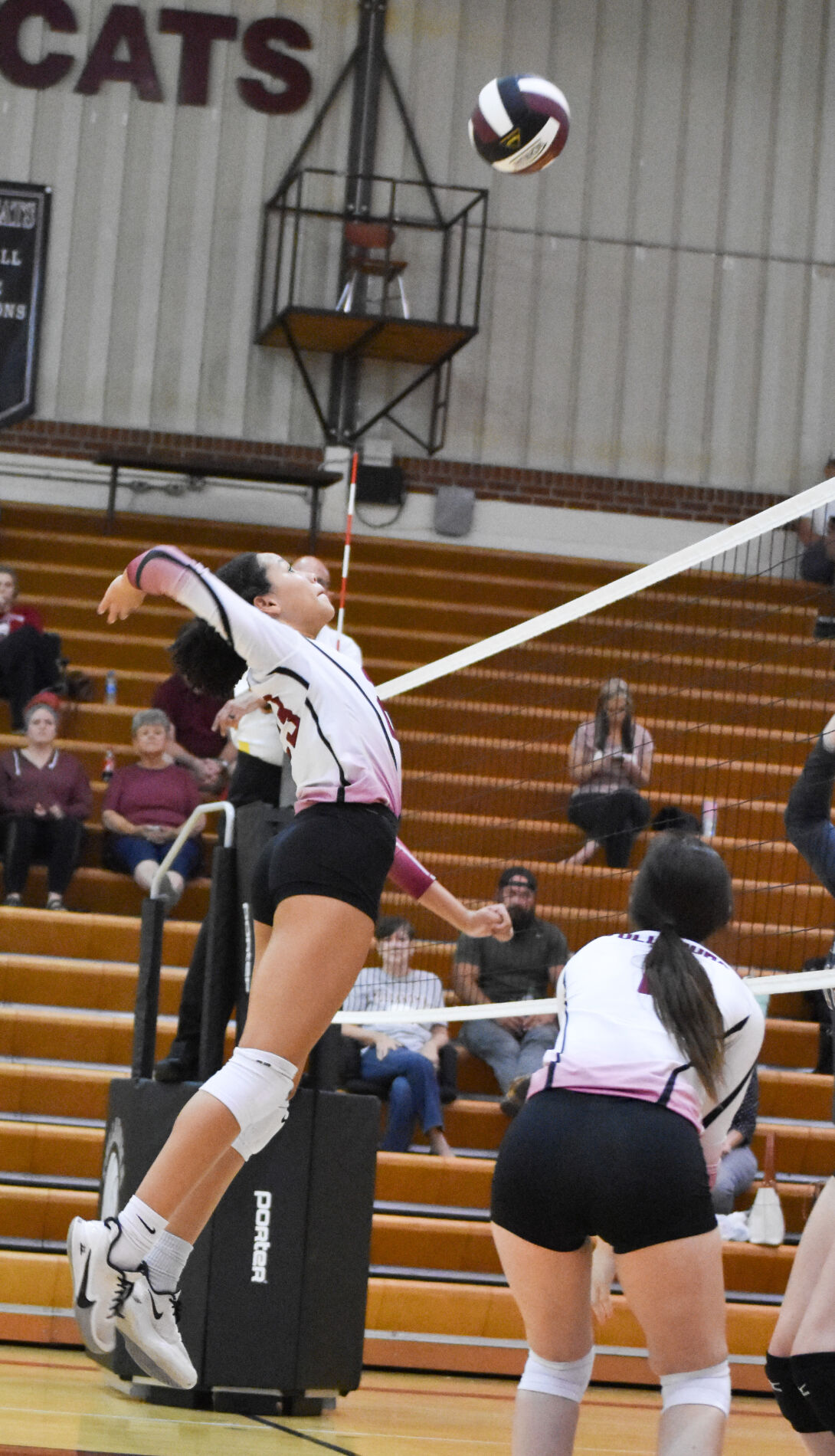 Jada Spry keeps her eye on the ball as she looks to set up a hit in the middle.

The Tullahoma Lady Wildcats fell short of a win on Tuesday night during their match against Franklin County. The Wildcats lost three sets to one in the best-of-five contest.

The Lady 'Cats lost the first, second and fourth sets of the match by the skin of their teeth, falling 25-23 in all three sets, and winning 25-18 during the third set.

The Lady Wildcats were able to hang in with the Rebels. Alivia Bowen had 14 kills during the four set tilt. Bowen also had two blocks and two service aces. Gracie Anderson had eight kills and three blocks in the middle. Bowen and Anderson accounted for seven digs together.

The Wildcats outside hitters Az’ja White, Isabella Lidstorm, and Carlie Baker, all had big nights. White had eight kills and one ace. White made the first contact during many plays, giving her 11 digs. Lidstorm also had eight kills. Baker had three service aces and four kills. Baker also had two blocks and one assist.

On Tullahoma’s backline, libero Emeri Saunders had two aces and 22 digs. Olivia Spencer had one assist and four digs.

Tullahoma’s setters Audrey Todaro and Anna Chamblee were on the move and had 34 assists all together. Todaro also accounted for one kill and six digs.

The Lady Wildcats were set to travel to Marshall County Thursday Sept. 16. Results of this match were unavailable at press time. The Lady Wildcats will start their week on the road with a match against new district opponent Community High School Monday, Sept. 20 at 6 p.m. Community sits at third in district with a record of 1-1. Tullahoma is right behind them with a 3-3 record.