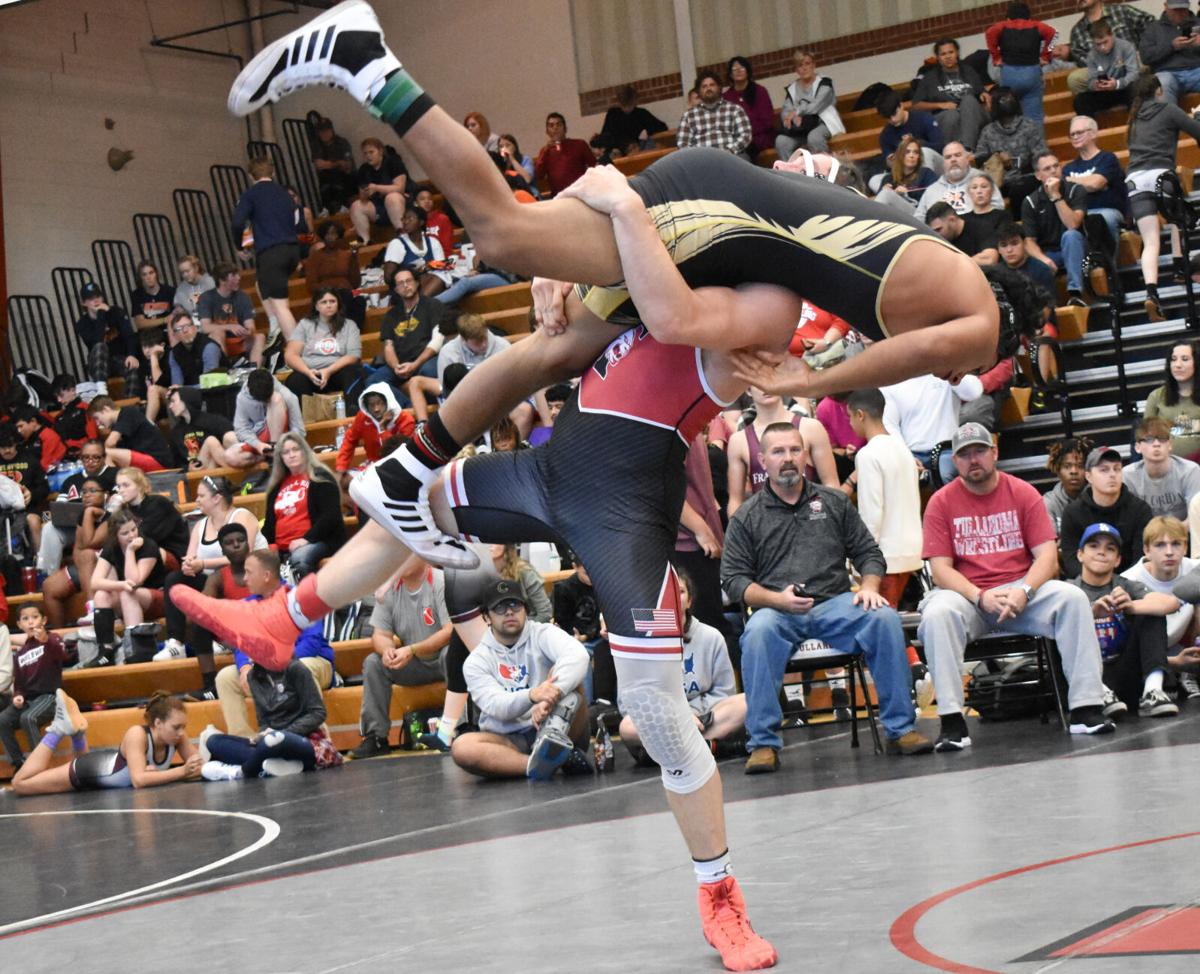 Cadan Avans slams his opponent to the mat in the middle of the gym. Avans took home first place with two pins and a 14-3 major decision victory. 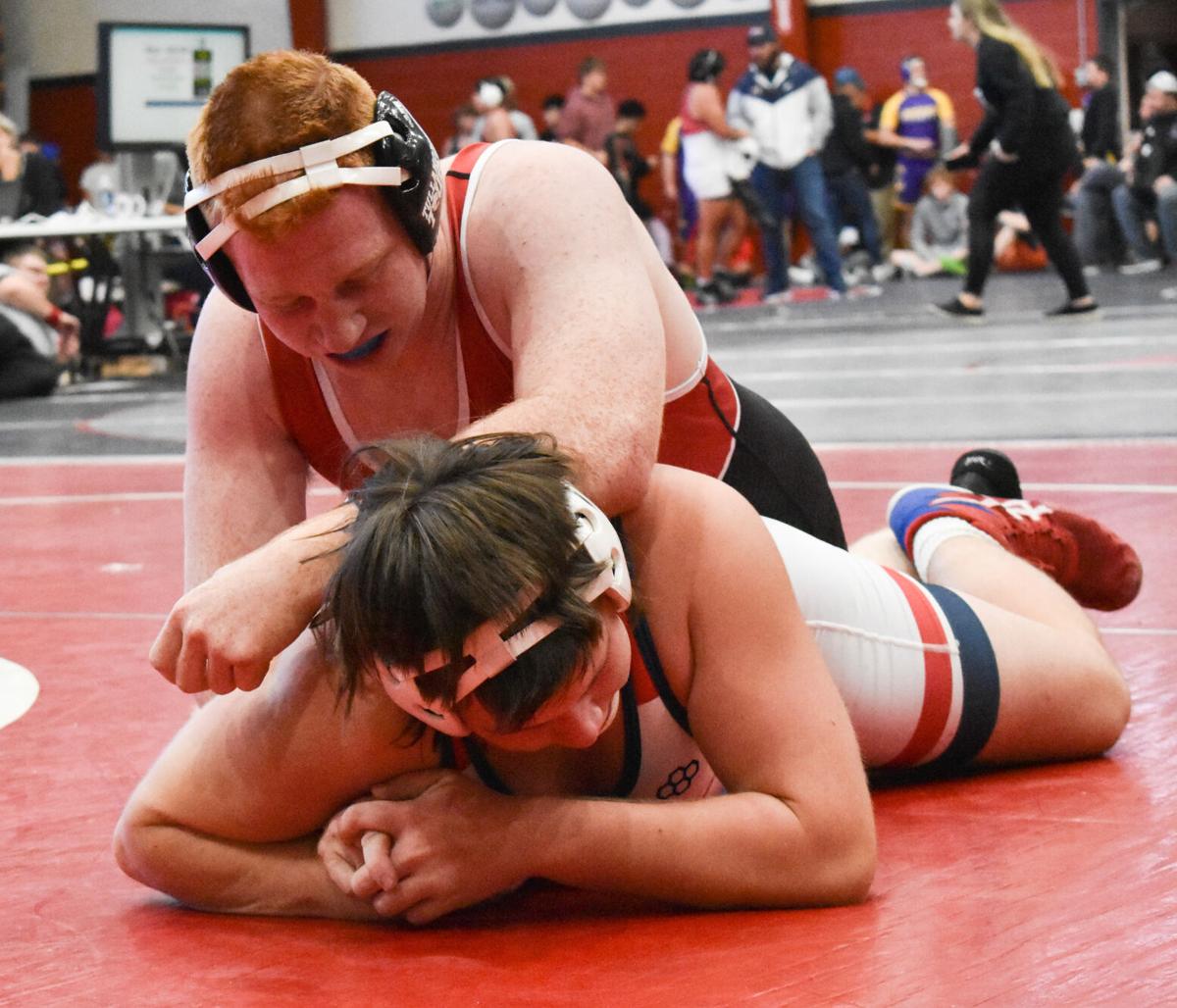 Nathan Jones works to sink in a half nelson during his second match. 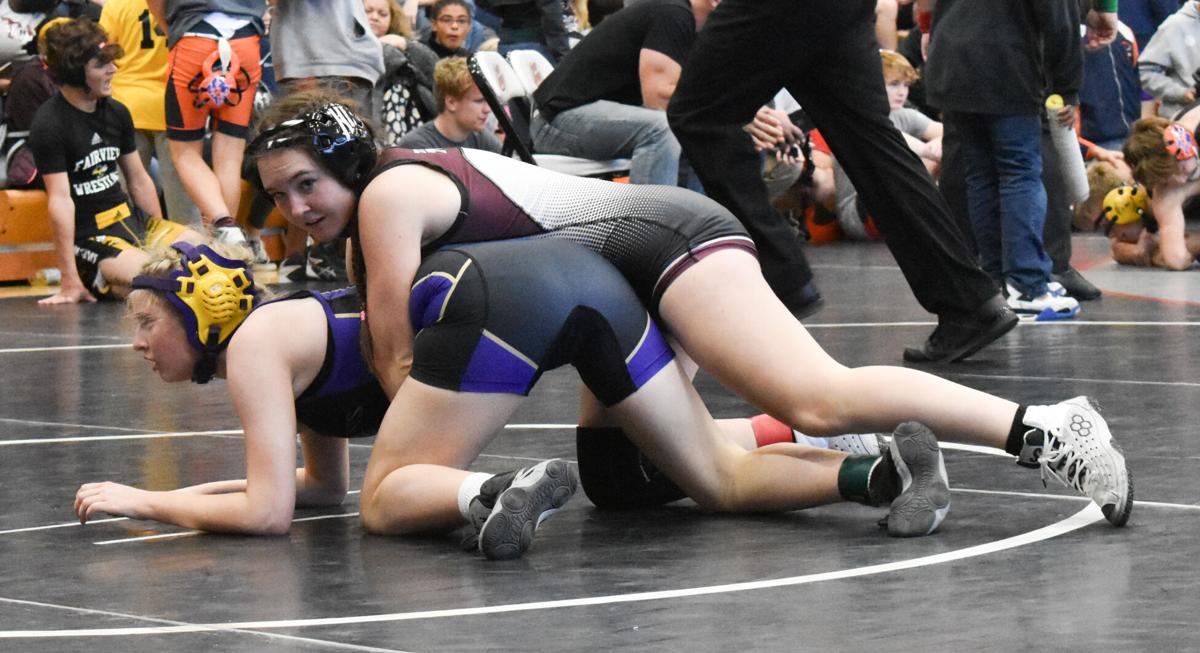 Natalie Turpin looks back at her coach to listen to instructions during her match Saturday morning. 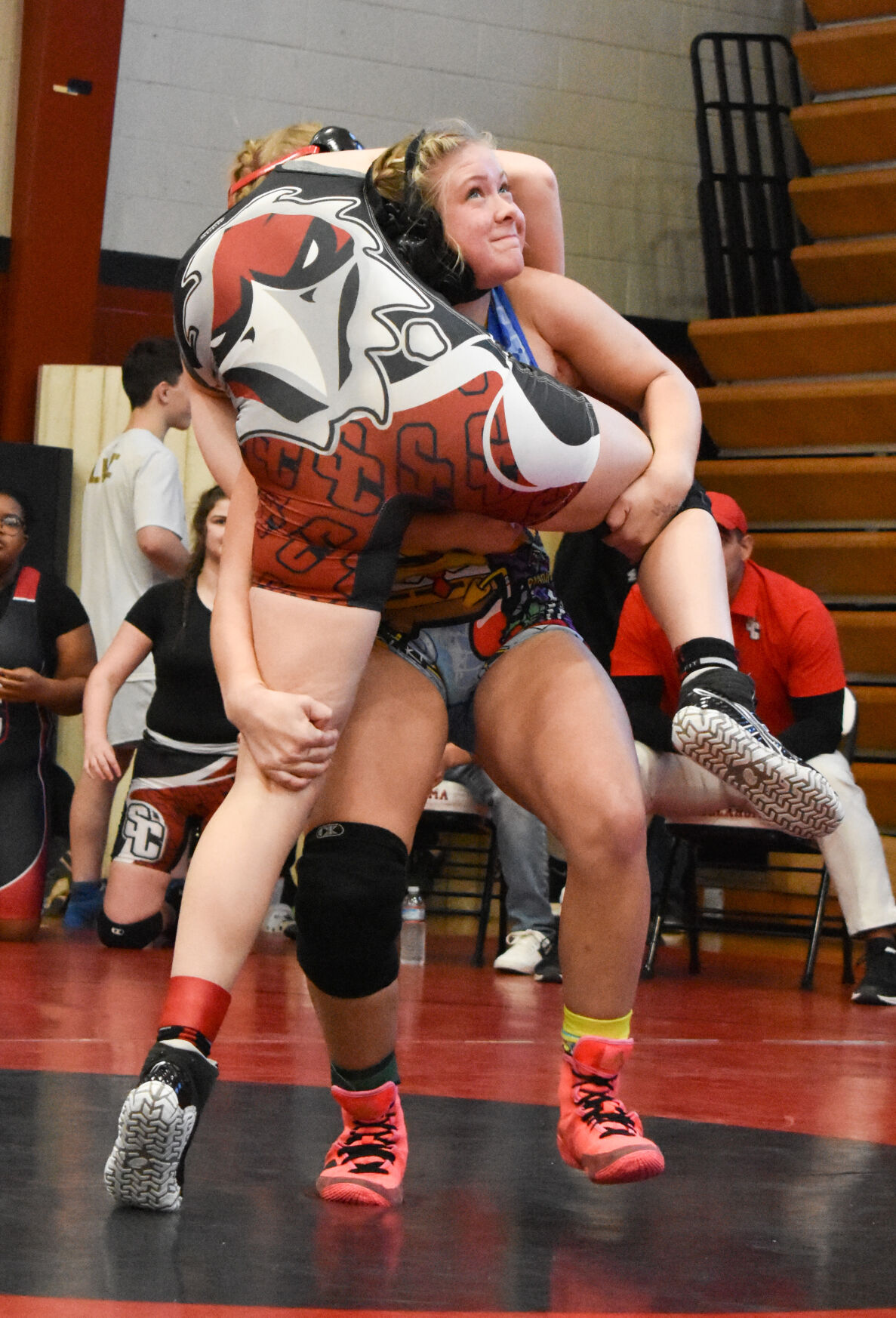 State placer Liv Hogan swaps double during her second match. Hogan placed first in the tournament and had two pins and a major decision victory.

Cadan Avans slams his opponent to the mat in the middle of the gym. Avans took home first place with two pins and a 14-3 major decision victory.

Nathan Jones works to sink in a half nelson during his second match.

Natalie Turpin looks back at her coach to listen to instructions during her match Saturday morning.

The Tullahoma Wrestling teams kicked off their preseason this past Saturday as they hosted their annual preseason tournament. This year’s tournament was the largest preseason tourney the wrestling program has ever hosted.

“Both the boys’ and girls’ divisions increased in number this year. The girls’ division exploded and more than doubled from the last time we hosted in 2019,” Tullahoma girls’ wrestling Head Coach Jenna Morris said.

“We had teams from Cleveland up to Nashville and down to Lawrence County,” Tullahoma boys’ wrestling Head Coach Al Morris said.

With this tournament being just about mat time and seeing good competition, the weight classes were a grouping for smaller brackets. Each wrestler had at least two bouts on Saturday, and there were only four wrestlers in most brackets.

The Tullahoma wrestling teams both dominated the divisions. The girls’ team had 22 girls participate in the tournament, and eight girls earned first place in their groupings.

State returners Liv Hogan and Isabel Petty both placed first. Hogan secured her first victory with a major decision with 11 points in one match. Hogan then won her last two matches by pinfall. Petty pinned all three of her opponents, her last two matches ending in under 15 seconds.

Laken Potter, Payton Agnell and Zamariah Simmons all stood at the top of the podium also. Potter had the first win of the day for the girls’ team with a pin in the beginning of the second period. Potter then went into overtime with her second opponent and won with a 4-2 decision. Potter finished her day off with a pin.

Simmons pinned her first opponent and then had a major decision of 9-1 to end her day. Agnell, however, had to fight hard in her weight class. She took home first with a 5-4 decision win and a pin fall in the first period.

“This is hard, because each match is unique to each wrestler. However, Payton Agnell and Natalie Turpin both had matches where they were behind and scored points in the last seconds to pull out a win,” Jenna Morris said about the impressive matches Saturday.

Turpin won with a 9-8 decision.

“I felt the girls performed well. We have had several wrestlers working all off-season to get better, and it showed,” Jenna Morris said. “Our brand new wrestlers also showed a lot of grit and promise for the future.”

“Ninth-grader Justin Frank jumped out at me. He went 3-0 on the day. He was aggressive and constantly looking to score points,” Coach Al Morris said about the freshman.

Clayton Litchford, who is coming back from a yearlong hiatus, placed first with two pins and a major decision win.

Brett Smith had two pins and a 4-2 decision win to place first in his weight class.

“I felt that Jerzy controlled the match and I feel good that we can get him to clean up a few mistakes,” Al Morris said about his returner.

“I thought we wrestled really well. Obviously we have some things we need to work on, but I like where we are at this time,” Morris said about his boys.