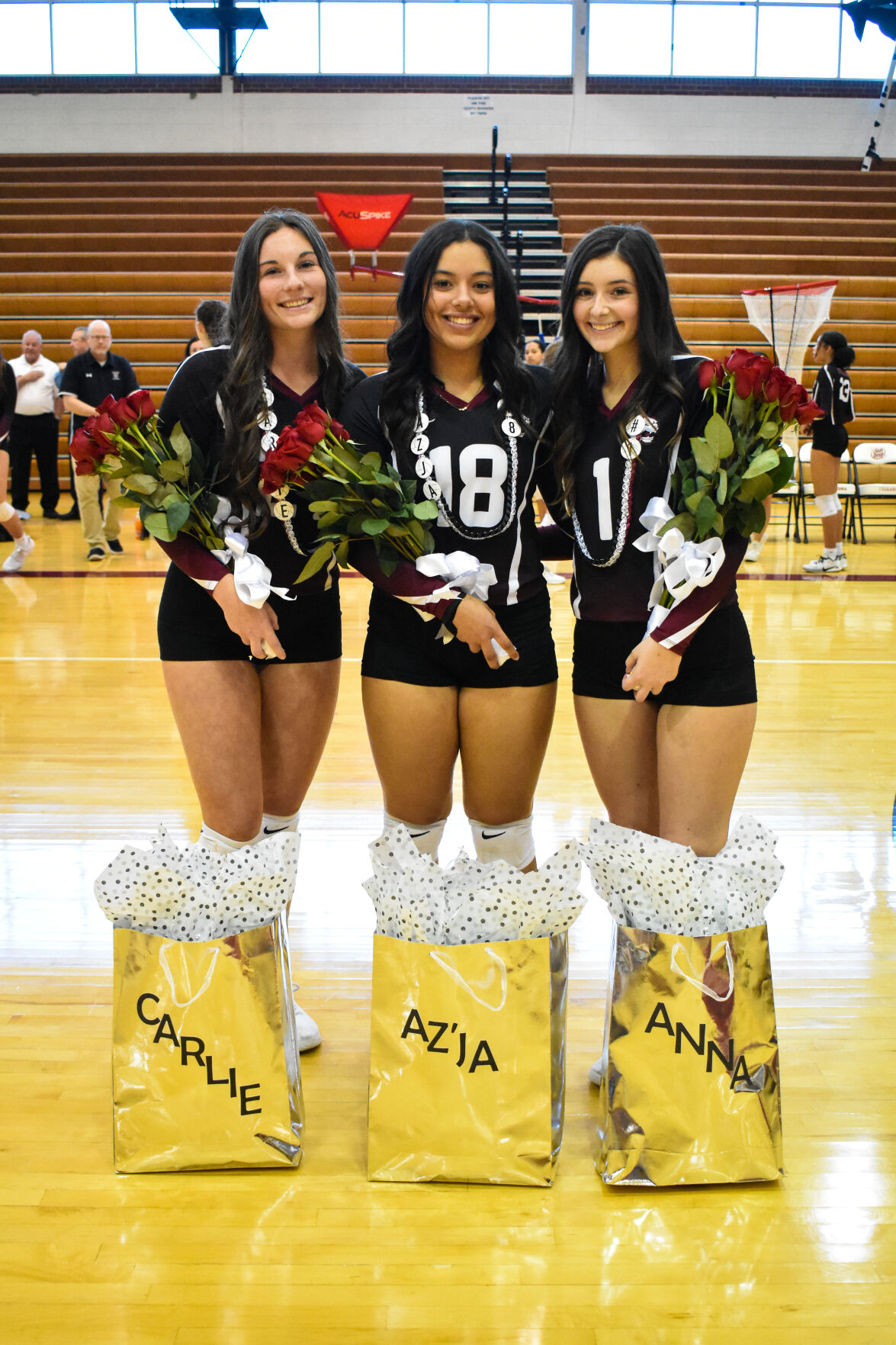 Carlie Baker, Az’ja White and Anna Chamblee pose for a picture after the senior night ceremony. 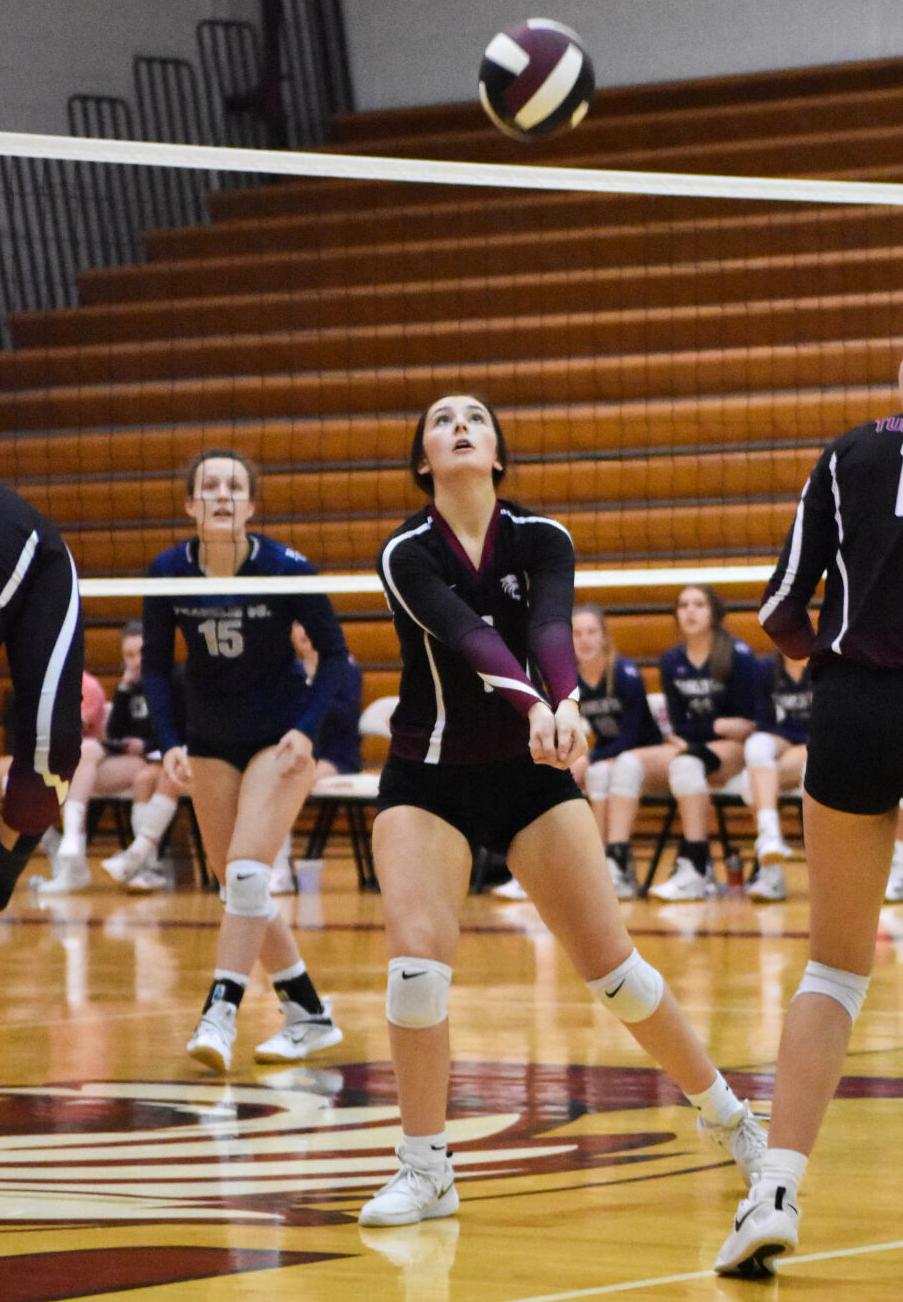 Anna Chamblee follows the ball to set a pass to an outside player. 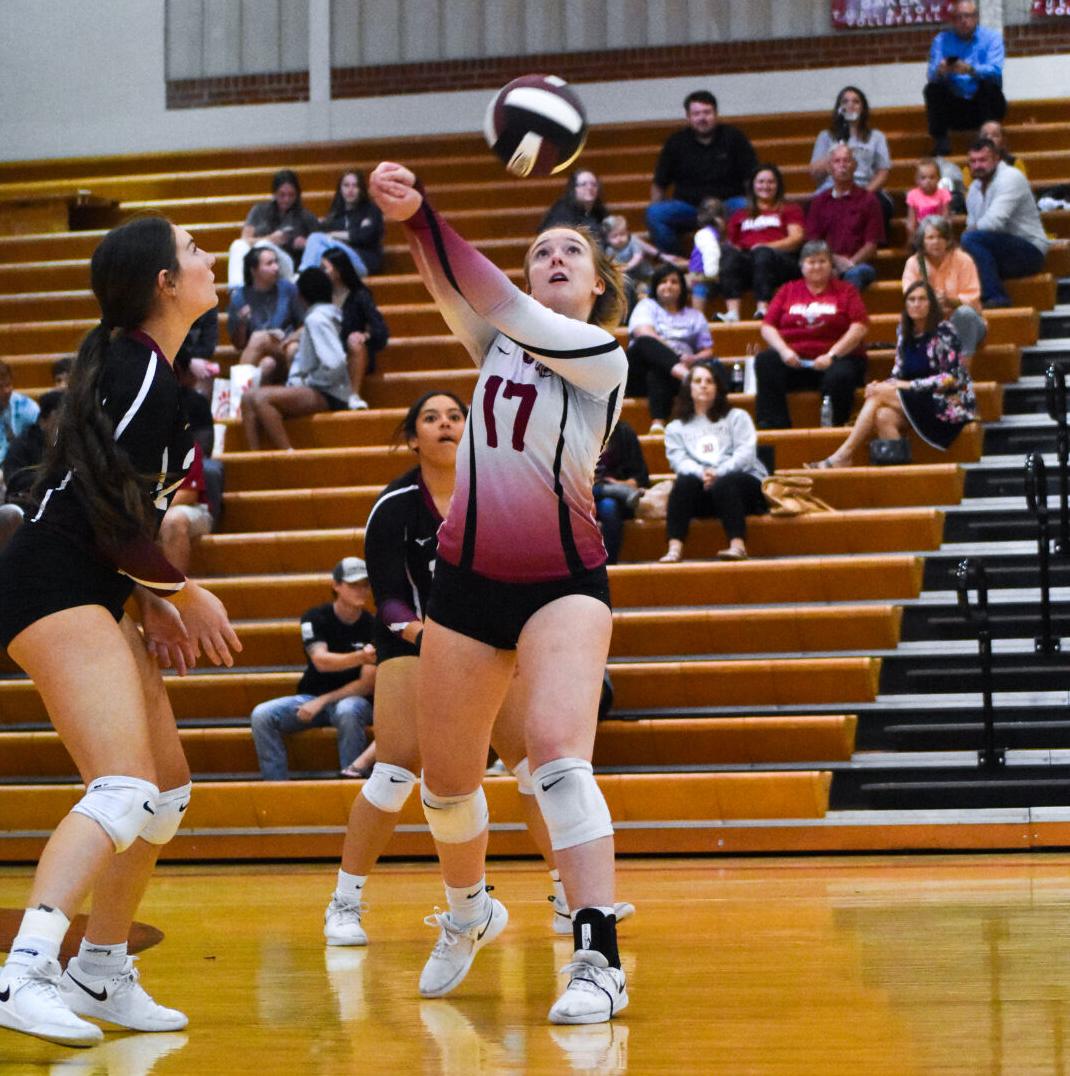 Carlie Baker, Az’ja White and Anna Chamblee pose for a picture after the senior night ceremony.

Anna Chamblee follows the ball to set a pass to an outside player.

The Tullahoma High School volleyball team honored their seniors Monday night before the varsity match against Franklin County. The Wildcats came up just short of a win.

The Lady Wildcats lost the first two sets against the Rebelletes 25-27 and 15-25. The Wildcats fought back in the third set to beat Franklin County 25-23. Coming up just short, the Lady ‘Cats lost 17-25 in the last set to give Franklin County the win.

The Lady Wildcats celebrated their three seniors: Carlie Baker, Az’ja White and Anna Chamblee, before the game on Monday. With readings from each coach and a word from Principal Jason Quick, the girls were praised for their hard work on and off the court. After the senior night ceremony, the Lady ‘Cats geared up for a tough match.

Senior Az’ja White attacked the ball on the outside for four kills against Franklin County Monday night. Senior Anna Chamblee had 16 assists the whole night to help the Lady Wildcats.

Audrey Todaro, the other Wildcat setter, had six assists and two aces. Freshman Isabella Lidstrom had six kills from the outside.

The Lady Wildcats are set to play host to the Community Viqueens Tuesday night. Results of this match were unavailable at press time. The Lady ‘Cats will travel to Community High School Wednesday night, and then be back home again on Thursday. The ‘Cats will be wrapping up their home games with their breast cancer awareness pink out game against Giles County on Thursday night.