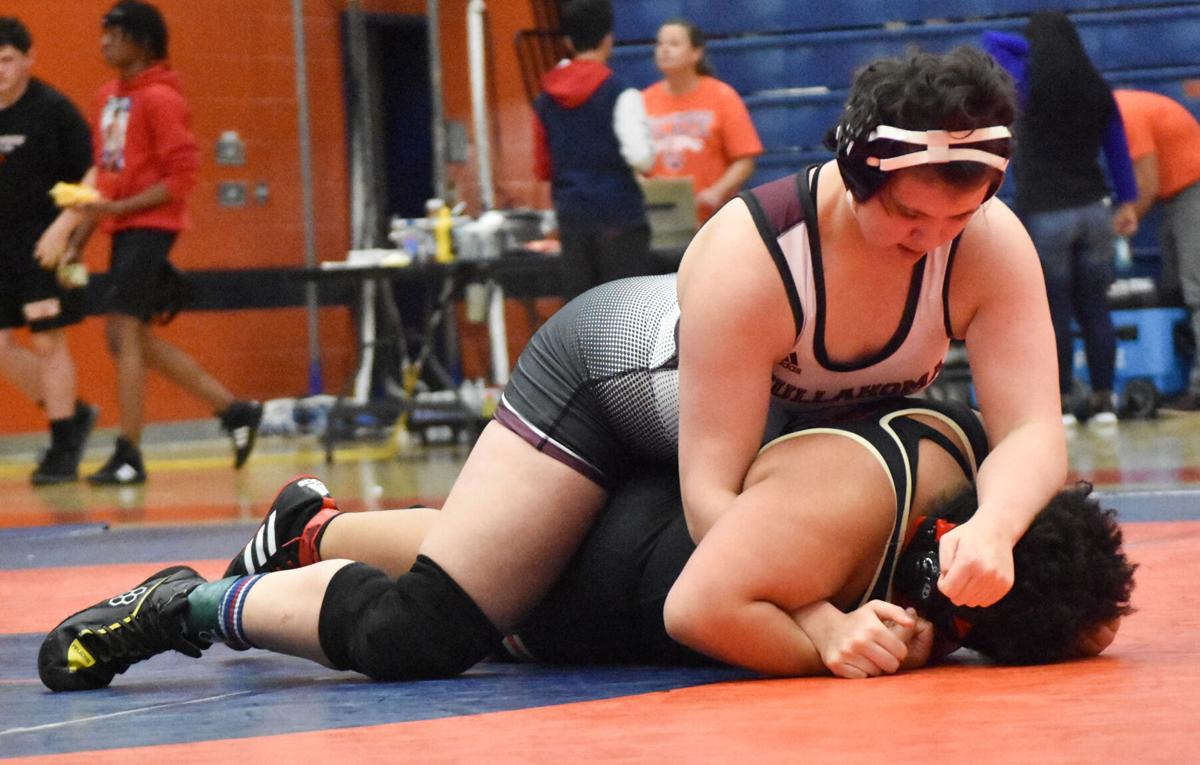 The Tullahoma High School Girls Wrestling team started their duals season this week on the road with a split. While they were able to pull out an 18-6 win over Blackman High School, the Lady Wildcats suffered a 49-15 loss to Rossview.

The Lady ‘Cat grapplers were able to pull out one duals win despite having some tough matchups and missing a few of their starting varsity players.

“We wrestled Rossview, who has won the last four out of five state championships; however, we had three varsity wrestlers who were out sick and numerous wrestlers not in their weight class due to their weight management plans,” Head Coach Jenna Morris said after the matchup with Rossview.

Natalie Turpin and Aloura Nichols both had tough matches that went into overtime with the Rossview Lady Hawks. Both Turpin and her opponent were aggressive on the mat, ending the third period tied 7-all. Turpin was able to best her opponent and win her match 9-7 after a takedown.

Nichols went into double overtime after deadlocking at three after the third period. She scored first with an escape in the overtime, but was unable to stay on her feet and lost 5-4.

State placer Isabel Petty also recorded a pin Tuesday night. Petty was aggressive to get the first takedown and pinned her opponent in less than a minute.

The Lady Wildcats were able to bounce back during their matches with Blackman, however, courtesy of Whitney Hill, who pinned her Blackman opponent to record the first win.

“As far as highlighting one of our new wrestlers, I would like to highlight Whitney Hill,” Morris said after Tuesday night’s match. “She is standing out to all of the coaches. She is so coachable and does everything we ask her to do. She has a natural feel on the mat. She is fierce. The only thing she is lacking against returning wrestlers is experience.”

The girls will head to Eagleville High School for a district opponent next Tuesday, Dec. 7. The match is set to start at 6 p.m.