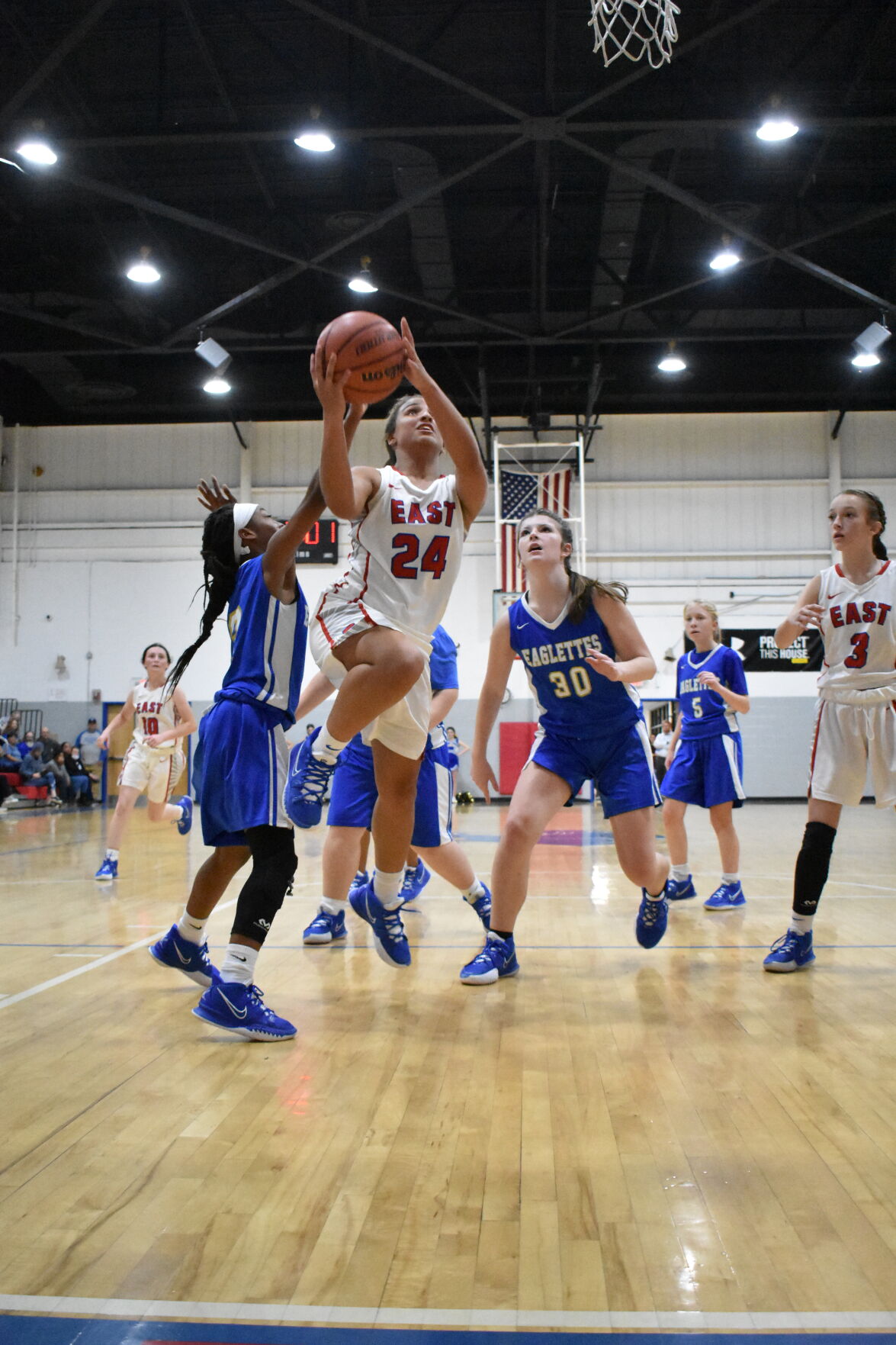 Aniya Grizzard slashes to the hoop against the Eaglettes. 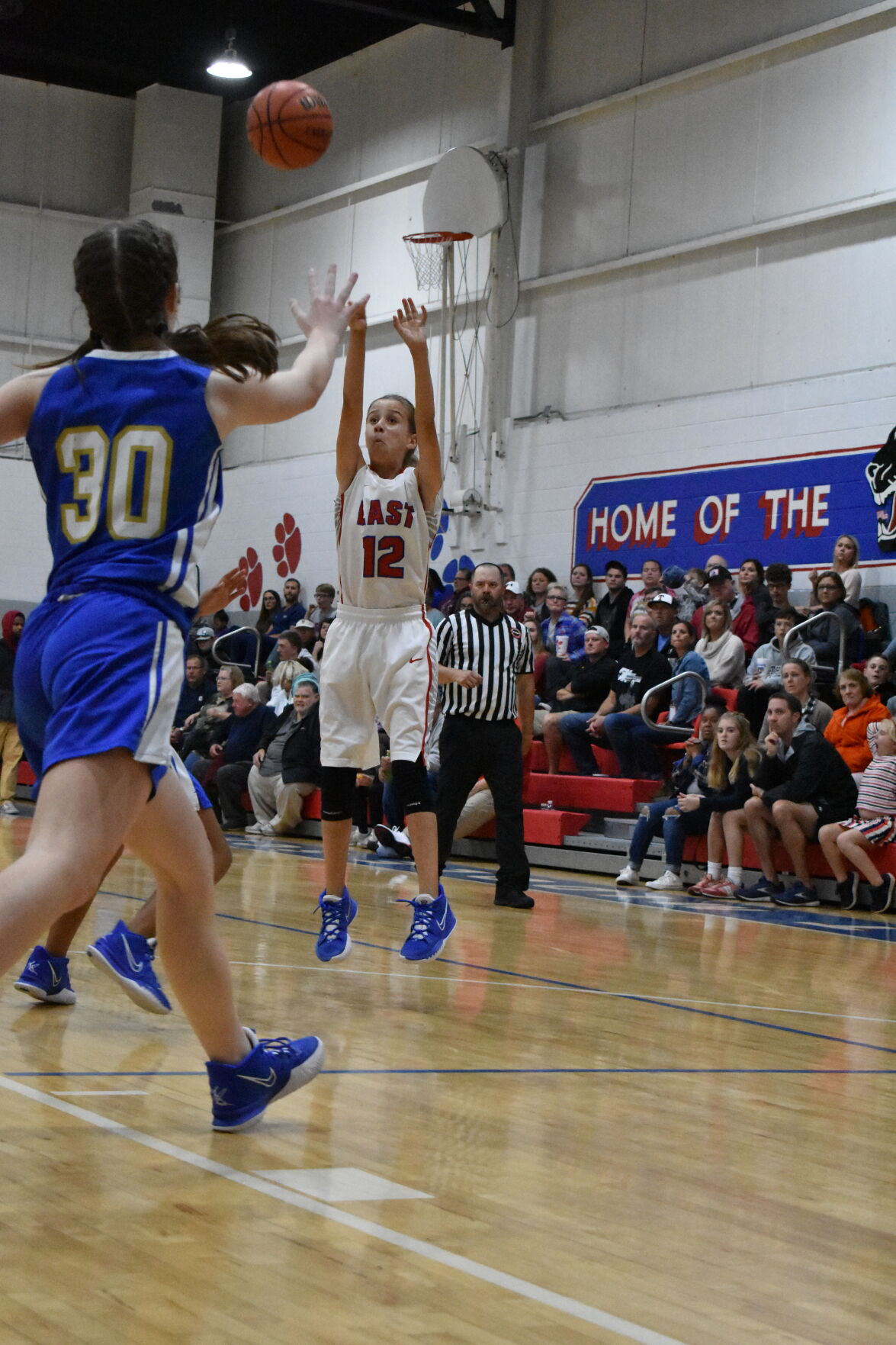 Brindley Duncan pulls up from mid-range against Harris.

Aniya Grizzard slashes to the hoop against the Eaglettes.

Brindley Duncan pulls up from mid-range against Harris.

The East Middle Lady Panthers prevailed over the Harris Middle Eaglettes in a dominating 48-15 victory this past week, blanking their opponents during the entire first period.

Leading her squad to the win was McLayne Bobo who accounted for half her team’s scoring with 28 points on the night.

The Lady Panthers started the game off strong, scoring a whopping 23 points in the first quarter with Bobo putting in 11 of those. Bobo set the tone early in the contest as she pulled up outside of the three point line to start the game and then drove to the basket for the rest of her points in the opening frame. Aniya Grizzard was a force in the paint, scoring 10 points on the evening. Brindley Duncan added to the count with two points. The Lady Panthers held the Eaglettes scoreless through the first quarter and led 23-0.

The Lady Panthers tallied up another six points during the fourth quarter. Bobo topped off her 26 points with two in the final period. Harper McShea and Kaitlynn Gattis both shot for two points.

East will travel to Franklin County’s South Middle School Thursday, Jan. 13 to compete with the Lady Trojans. Tip-off is set for 6 p.m.