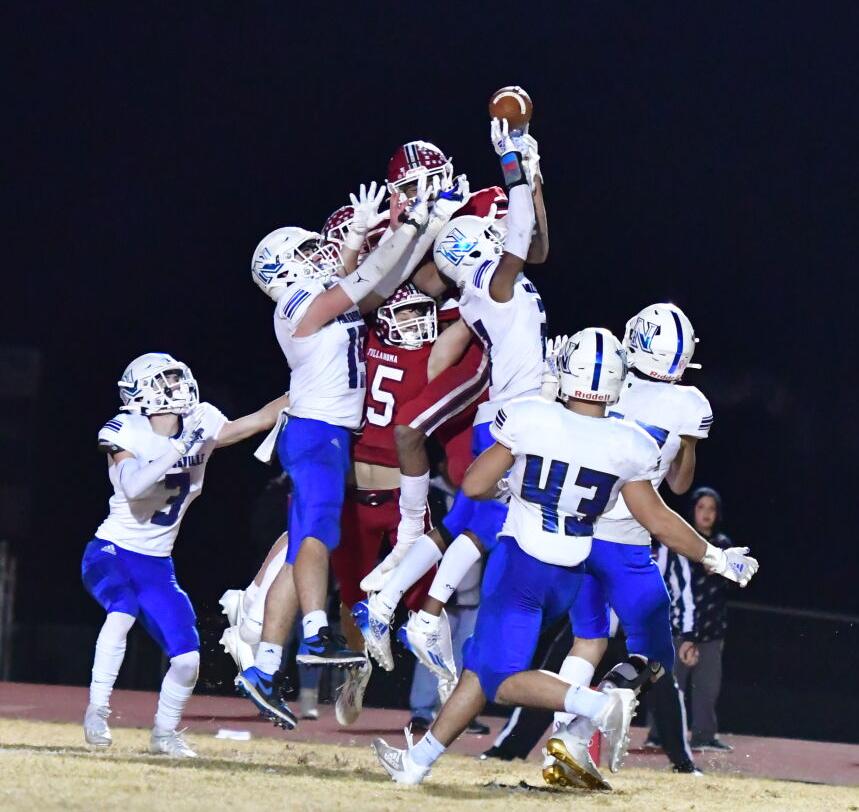 With 1 second left on the clock, Tullahoma put up one final pass attempt to try to beat Nolensville. The Knights and Wildcats battled for the ball before it ultimately fell to the ground and Nolensville escaped with the 15-14 victory. 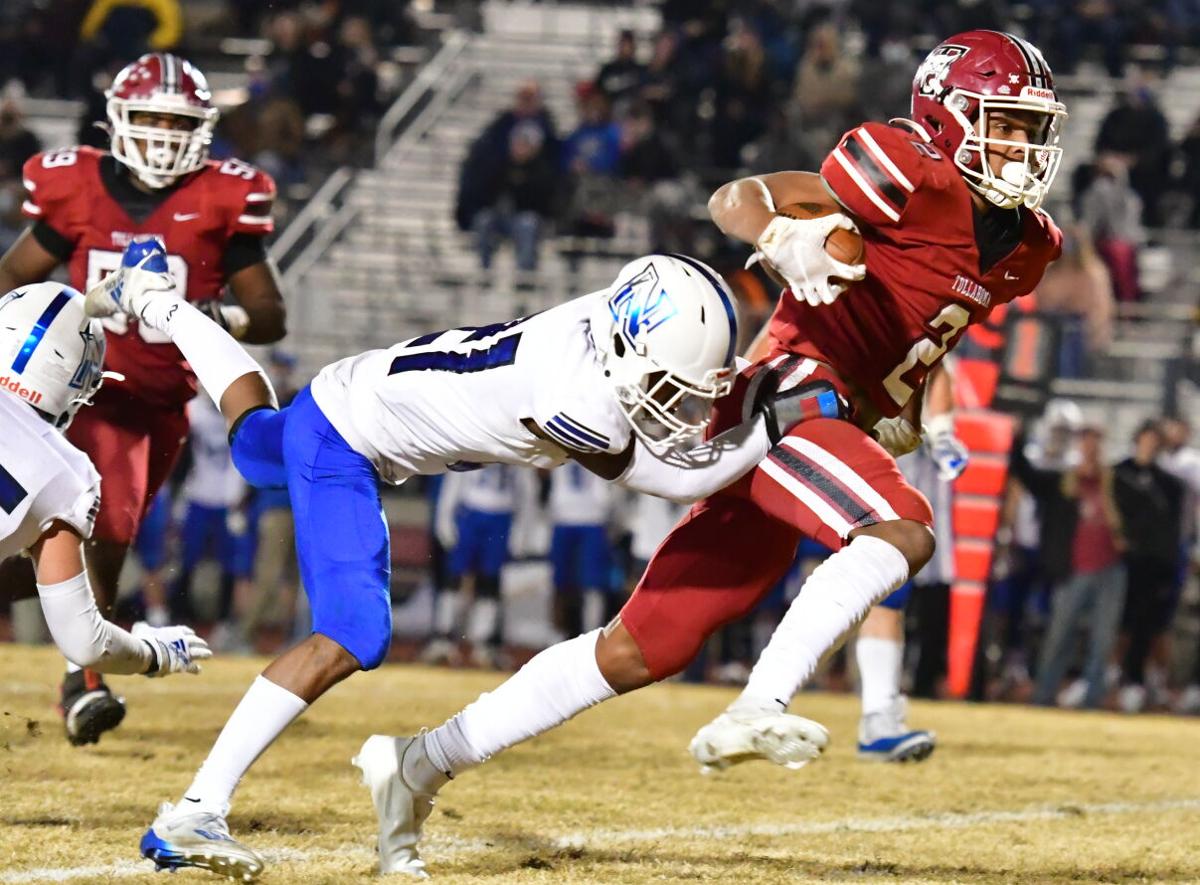 Jakobe Thomas breaks tackle on his way to score a 67-yard touchdown against Nolensville. Thomas ran for 174 yards on 16 carries against the Knights.

With 1 second remaining on the clock, down 15-14 at home and the ball at the Nolensville 38-yard line, Tullahoma had one final attempt in order to try to advance to the semifinal round of the playoffs.

Wildcat quarterback Ryan Scott was able to get off a final heave where a fight for the football ensued. While each team was able to get a hand on the ball during the scrum, it fell to the ground, ending the contest. Celebration immediately erupted on the Knights’ sideline, while several Tullahoma players fell to the ground, shedding tears, as their season and their dreams of a state title came to a close.

After leading 14-13 for the majority of the second half, a late special teams’ snafu put Tullahoma in a bind that it was not able to recover from. On a punt attempt with just over five minutes left on the clock, the snap went over the head of Wildcats’ punter Justus Chadwick. The junior was able to race to the football before he quickly booted the ball out of the end zone, and Nolensville grabbed the 15-14 edge on the safety.

The Knights were able to drain clock on its next possession, eating up nearly five minutes. However, Tullahoma was able to get back ball possession, and took over at its 35-yard line with 12 seconds left on the clock.

On first down, Scott hit tight end Brody Melton for a short gain. Melton then lateraled the ball to Jakobe Thomas, who stepped out at the Nolensville 38-yard line with 1 second remaining on the clock, setting up the final pass attempt. Tullahoma ends its season with a 12-1 overall record.

“It’s been a really good year,” Olive said. “I’m so proud of our young men. I’ve told everybody from about game six on that this was the best team that I have ever been around and it was.”

The Wildcats put up 316 yards of offense against Nolensville on Friday. However, Tullahoma’s drives stalled on its first possessions, and attempted two field goals on its first three offensive series. Both kicks were missed, as Chadwick’ 33-yard attempt and a 47-yard try were both no good.

Nolensville capitalized and scored with 3:38 left in the second quarter. Quarterback Ryder Galardi hit Chance Fitzgerald for an 8-yard score to put the Knights in front 7-0.

Tullahoma answered back with a touchdown drive to tie the game at 7 just before halftime. With 1 second remaining in the second quarter, Scott held on to the football, scoring from a yard out.

On its second offensive play of the third quarter, Tullahoma grabbed a 14-7 lead. Thomas broke free down the right side of the field for a 67-yard touchdown and Chadwick added the extra point with 7:06 left in the third quarter.

Thomas totaled 235 offensive yards against the Knights. Thomas had 16 carries for 174 yards and his score and then added five receptions for 61 yards.

Following Thomas’ score, Nolensville answered back quickly to cut into its deficit. On the ensuing kickoff, Samson Johnson found a hole and returned the ball 99 yards for a touchdown. The Knights missed the extra-point attempt and trailed 14-13 with 6:52 left in third period.

“Untimely penalties hurt us,” Olive said. “You get a holding call and it’s hard to overcome those mistakes.”

After forcing the Wildcats into the safety, Galardi, Johnson and Parker Price combined to drain nearly five minutes off the clock with eight-straight rushing attempts. Johnson did the bulk of the work with five carries.

Galardi led the Knights with 189 total yards. He completed 11 of his 20 pass attempts for 145 yards a touchdown and was intercepted once. He also added 44 rushing yards on seven carries. Johnson had 16 carries for 61 yards.

With the win over the Wildcats, the Knights have now qualified for their second-straight semifinal appearance. Nolensville will welcome in an Elizabethton team that edged Greeneville 24-20 on Friday at 7 p.m.