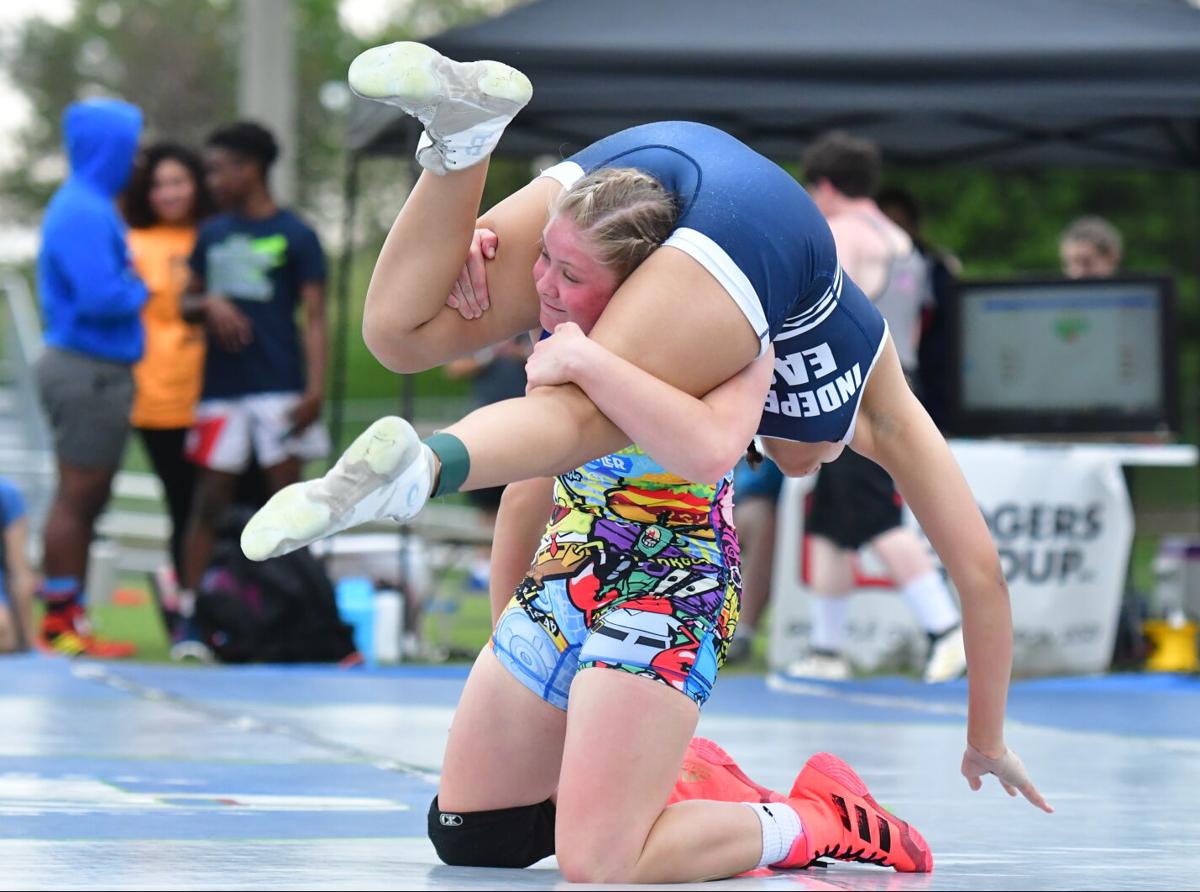 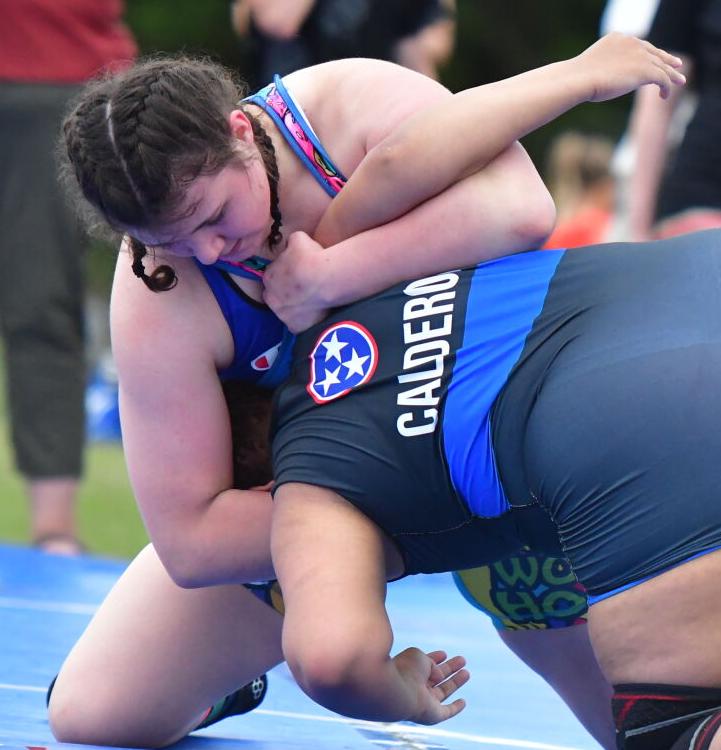 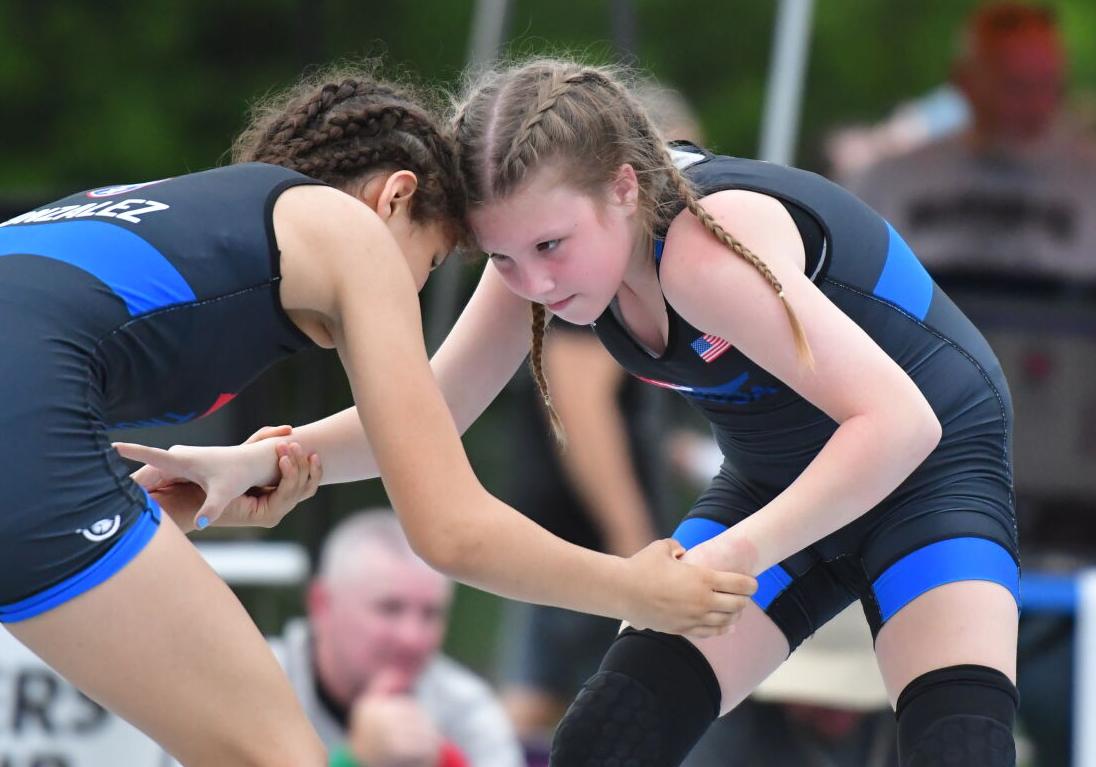 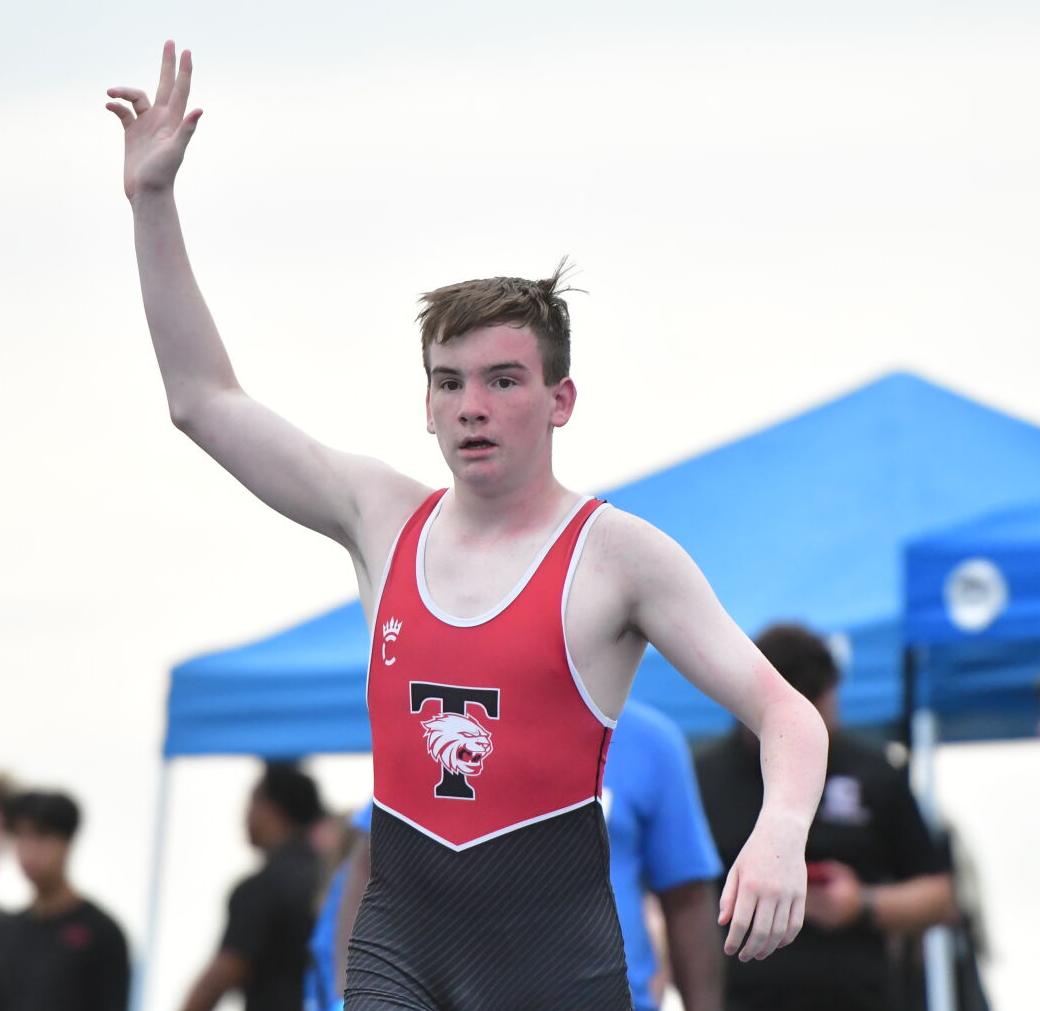 In a little different setting Saturday, Tullahoma wrestlers saw success occur on the football field when it saw four members take part in the Grapple on the Girdiron tournament at Independence High School.

Liv Hogan, Isabel Petty, Payton Agnell and Cody Agnell all traveled to take part in the outdoor tournament. Hogan, Petty and Payton all left their competitions with medals, and Hogan and Petty both took first place in their respective weight classes.

“They are doing what the previous girls in the past who have been successful did, which is competing during the offseason,” said THS Head Girls Coach Jenna Morris. “They found opportunities on their own, even when coaches couldn’t travel with them. Leading by example is very important.”

During the offseason, several Tullahoma wrestlers have continued to put in work on the mats in order to try and improve at the sport. For Hogan, she’s seen success at the state level, including when she took first place at the Ironman Championship at Blackman High School on April 17. She followed that with a third-place effort in both the Tennessee Freestyle and Greco Tournaments at Bradley Central in Cleveland on May 1.

During Saturday’s tournament, Hogan competed in the 132-140 pound weight class and opened her competition with a win by pin after she defeated Rossview’s Analise Jetter. Hogan followed with another pin and defeated Independence’s Aaliyah King in her second match of the day.

Before her day concluded on the mat, Hogan also added two more wins by pin to take home the top spot in her class. Hogan first pinned Independence’s Emily Rice in 39 seconds, before she pinned St. Andrew’s-Sewanee Verena Pate in her final bout.

After having a second-round bye, Petty won her last matchup by injury. During her final match, Rossview’s Olivia Ratliff was injured and forced to forfeit, giving Petty the top spot in the weight class.

“It’s awesome to see them win. Each one of those girls [Petty and Olivia Hogan] will tell you that they’ve always been mediocre at everything,” Morris said. “They came into wrestling and were only mediocre at it, but they bought in and they’ve put in the work. They are starting to see that success. Liv in particular, she defeated a state finalist from St. Andrew’s-Sewanee, so that was a huge win. It’s super exciting to see her pick up wins against big name wrestlers.”

In the girls’ 103-112 weight class, Payton opened her tournament with back-to-back losses. However, with just four competitors in her division, Payton was able to score a win in her final bout to secure a third-place medal.

Payton opened her tournament with a loss after getting pinned by Tennessee Girls USA Wrestling Ella-Lina Gonzalez. Payton was pinned her next matchup and was defeated by Rossview’s Caitlynn Miller in two minutes and 28 seconds.

In her final bout of the day, Payton was able to control her matchup against Centennial’s Alexis Wilder and hold on for a decision victory. Payton landed an early takedown and used that to go on to beat Wilder 5-0.

In the boys’ 145-pound weight class, Cody dropped his opening match after he was defeated by Bobcat Wrestling Academy’s Norhot Aziz. During that first-round bout, Aziz scored the 7-1 victory to advance to the second round.

Cody went on to win back-to-back contests to see his tournament continue. In his next match, Cody pinned Harpeth’s Brenden Huffines two minutes and 22 seconds into the match. Cody then won his third bout with a quick 38-second victory by pin over Cornersville’s Steven Jones.

However, Cody was upended in his next match and saw his tournament come to an end. During his bout with Independence’s Spencer Kon, Cody wasn’t able to overcome an early deficit and fell 9-1.