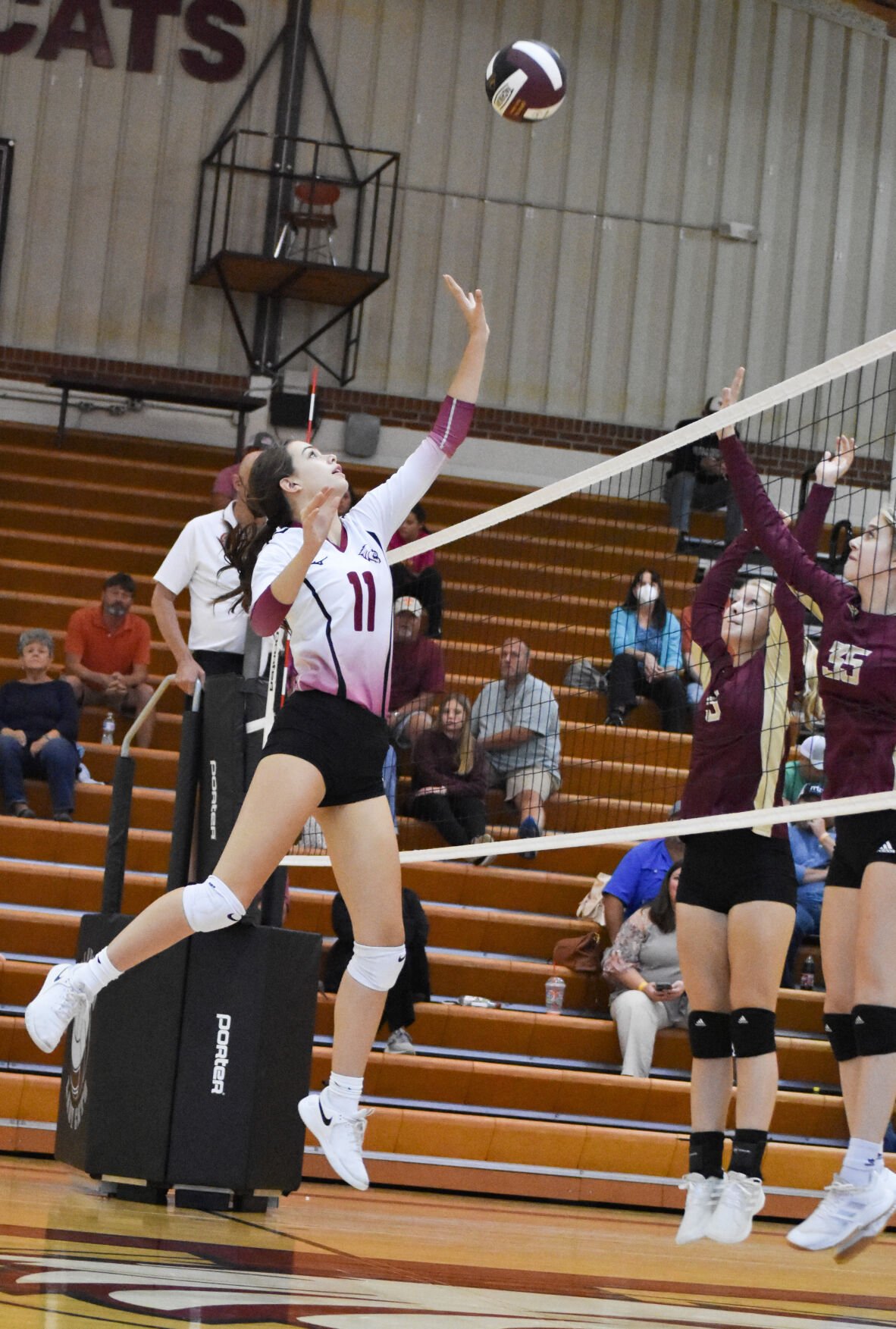 Gracie Anderson jumps toward the ball to make a tip on the Cannon County defense. 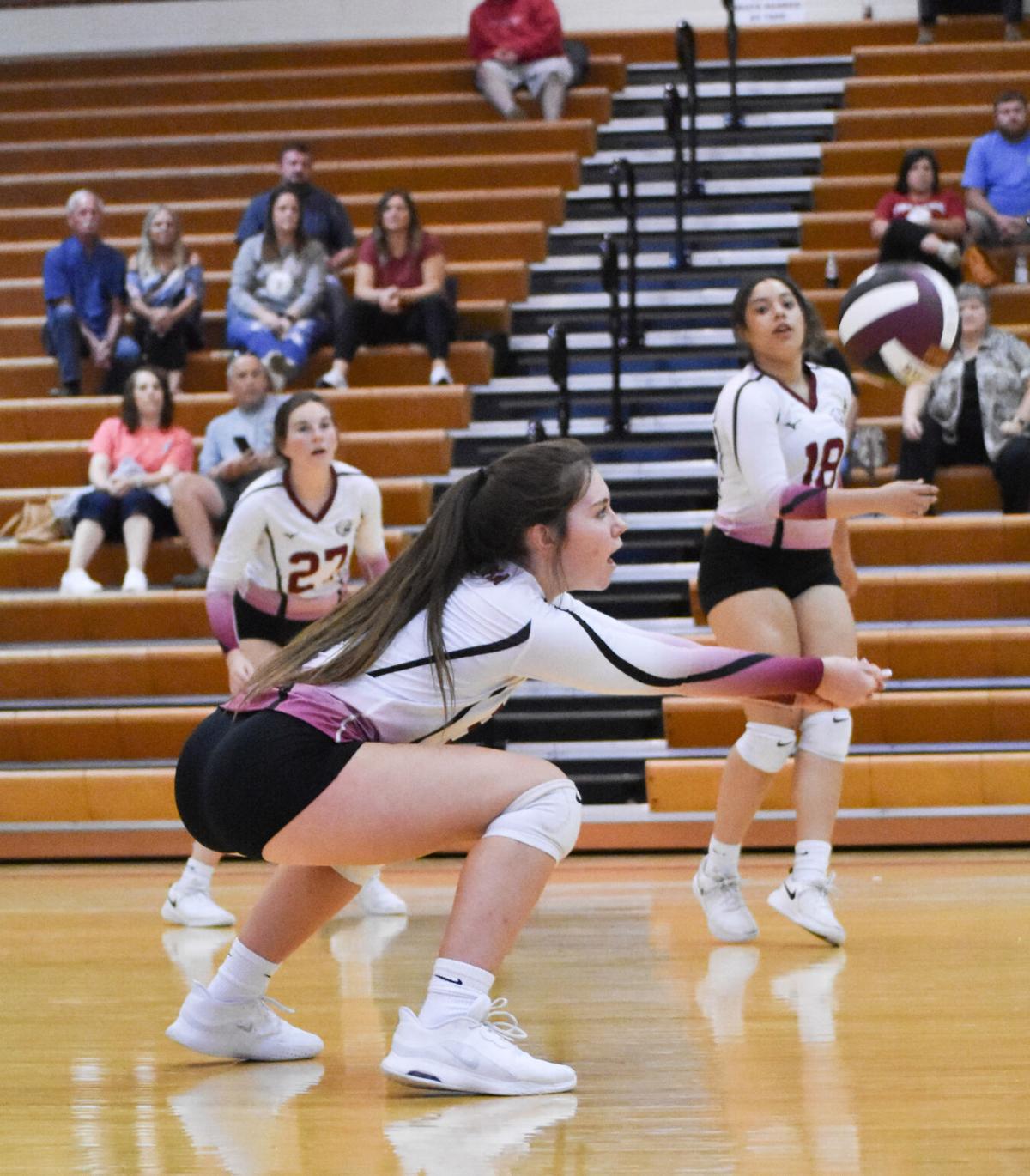 Isabella Lidstorm gets a dig during Tuesday’s match.

Gracie Anderson jumps toward the ball to make a tip on the Cannon County defense.

Isabella Lidstorm gets a dig during Tuesday’s match.

Freshman Isabella Lidstorm accounted for six of the Wildcat kills. Lidstorm also had four serving aces. Az’ja White was able to match Lidstorm in kills. White also had one block on the net and six aces. Senior Carlie Baker had two kills and one assist during Tuesday’s match.

Gracie Anderson and Alivia Bowen, Tullahoma’s middles, were able to get five kills each. Bowen also had one block and one ace.

Anna Chamblee and Audrey Todaro had 21 assists as the setters for the Wildcats. Audray had three service aces during the match. Chamblee had one block on the net against Cannon County.