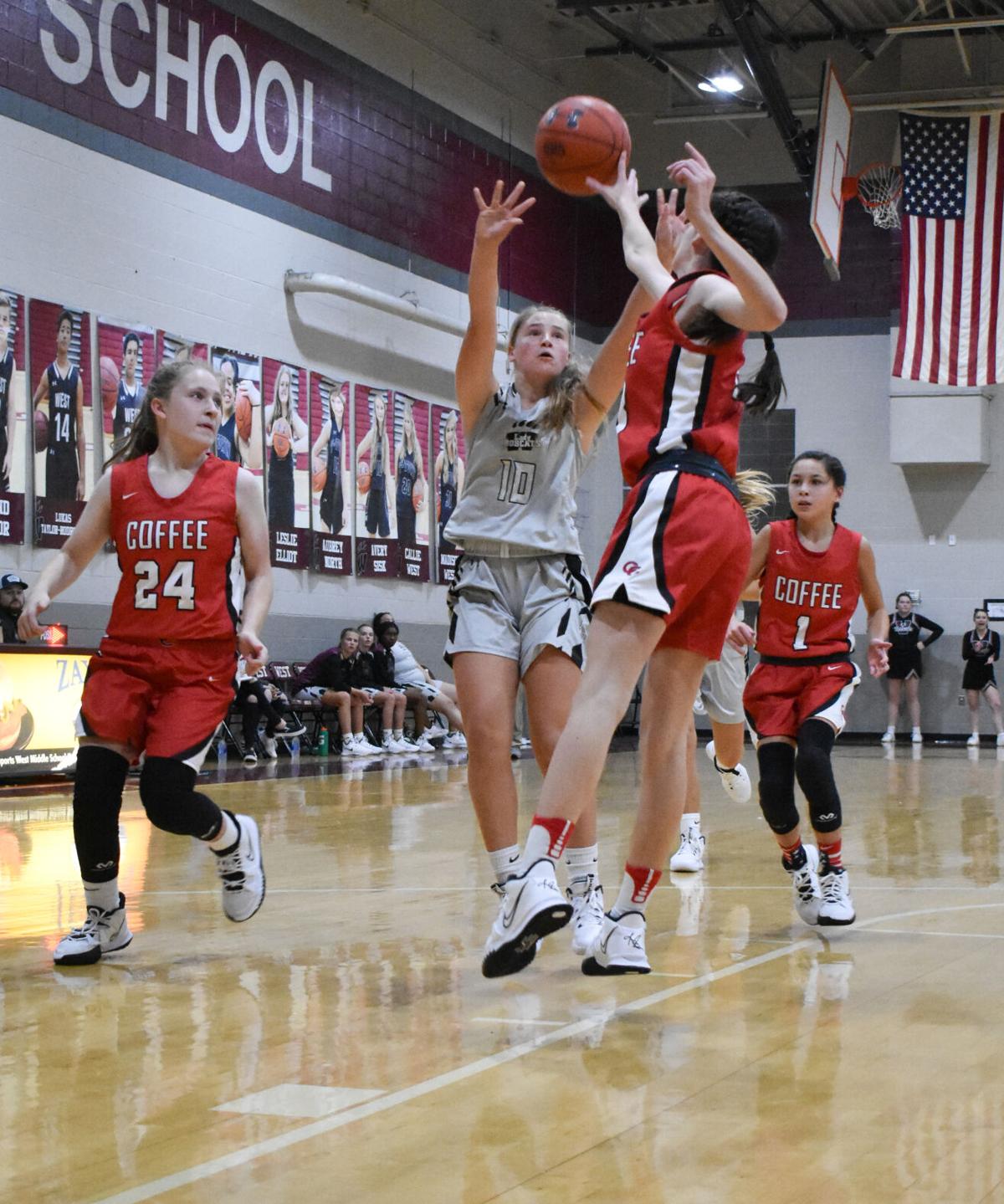 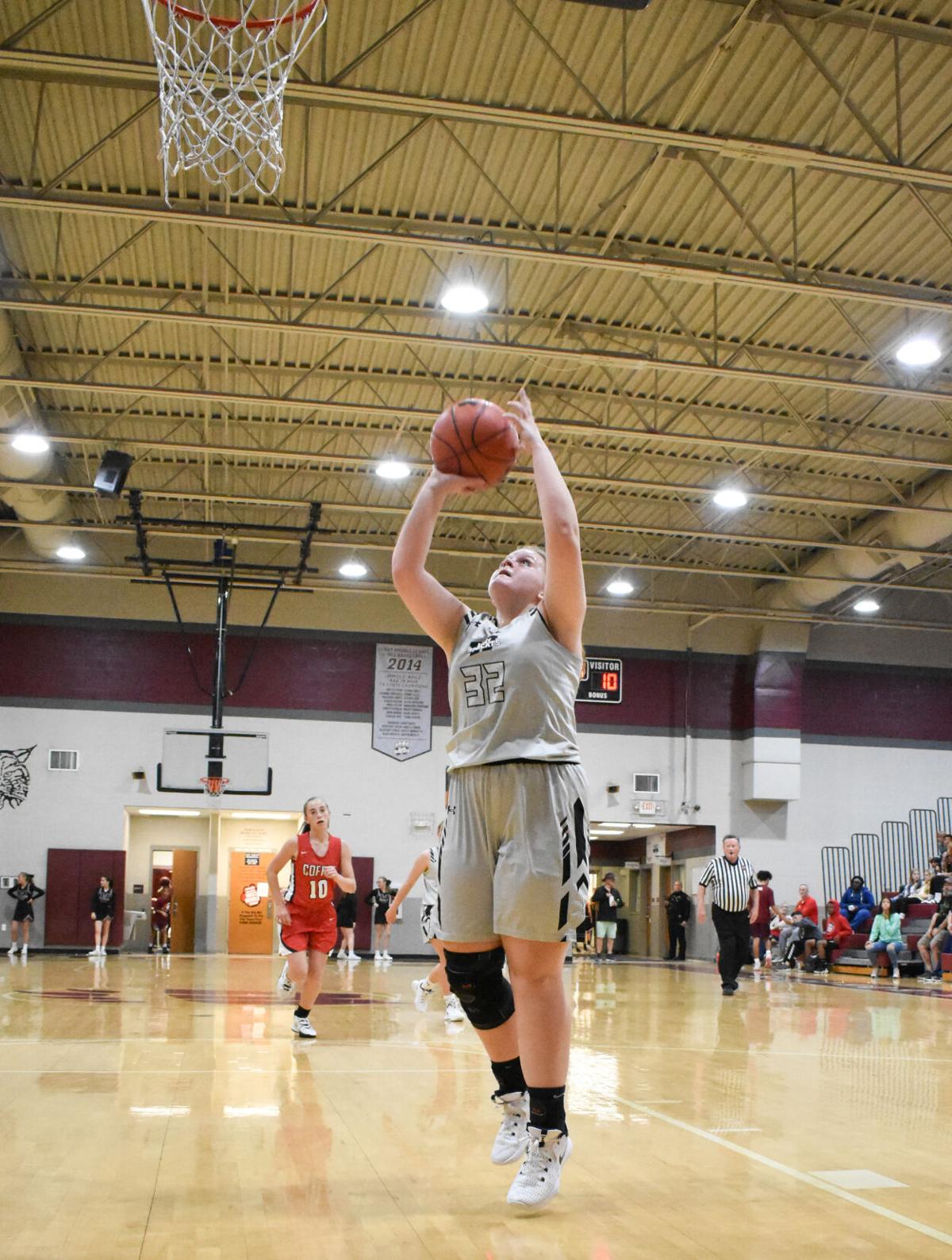 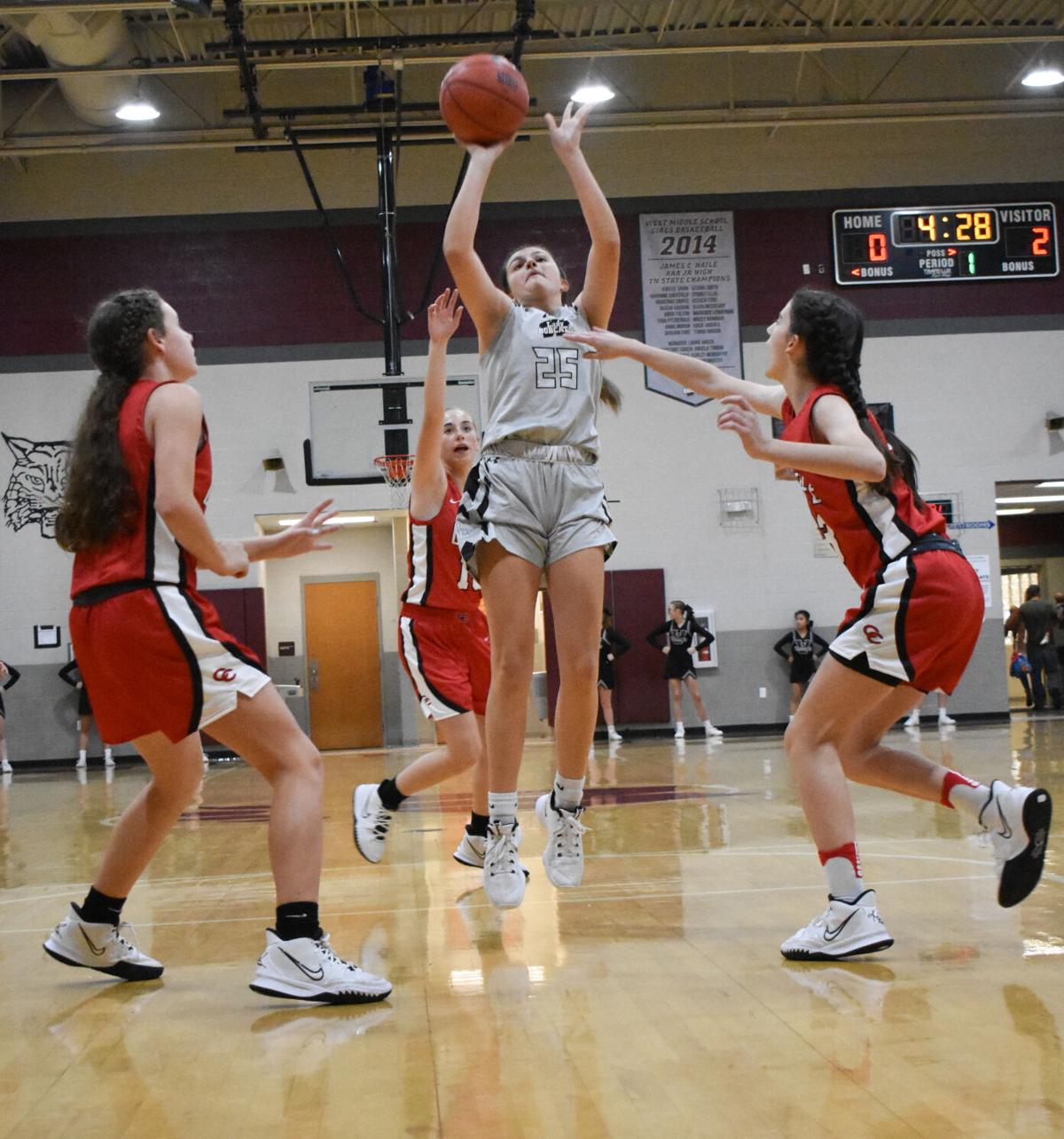 The West Middle School Lady Bobcats suffered a tough loss to the Coffee County Middle School Raiderettes, finding themselves on the short end of a 48-16 score in a game that their cross-county rivals led from the tip.

The superior Raiderette speed was evident throughout the contest as they were able to clamp down on the Bobcat defense. The only Lady Bobcat that could break through the Raiderette defense was Lily Morris who had more than half of her team’s total output, scoring 11 of the Lady Bobcats’ 16. Morris scored four of those points in the first quarter. Leslie Elliott added another two for the Lady Bobcats during the opening frame. West trailed 15-6 going into the second quarter.

The Lady Bobcats could not break through the Coffee County defense during the second quarter and were shutout during the period. The Raiderettes were able to score nine points during the second and increased their lead to a commanding 24-6 at halftime.

Lily Morris was to mount some offense coming out of the tunnel, but she was no match for the Raiderettes. Morris scored two points in the paint for the Lady Bobcats and then drained a three from beyond the arc. The Raiderettes were relentless not only on defense but also on offense, scoring seven points in the third quarter. They led 38-11 going into the final quarter.