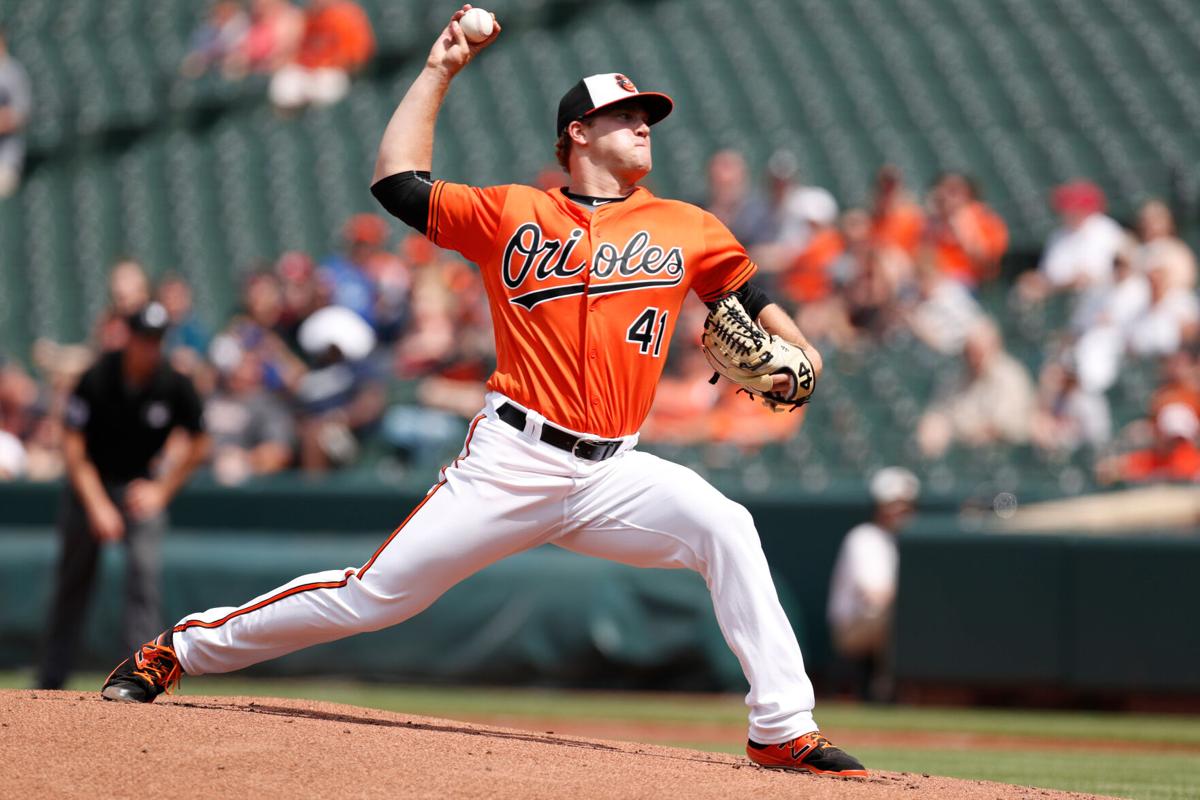 David Hess pitches during a home game for the Baltimore Orioles in 2018. Hess had a rocky 2019 season, but made the 40-man roster for the Orioles. Baltimore’s season starts on Friday. 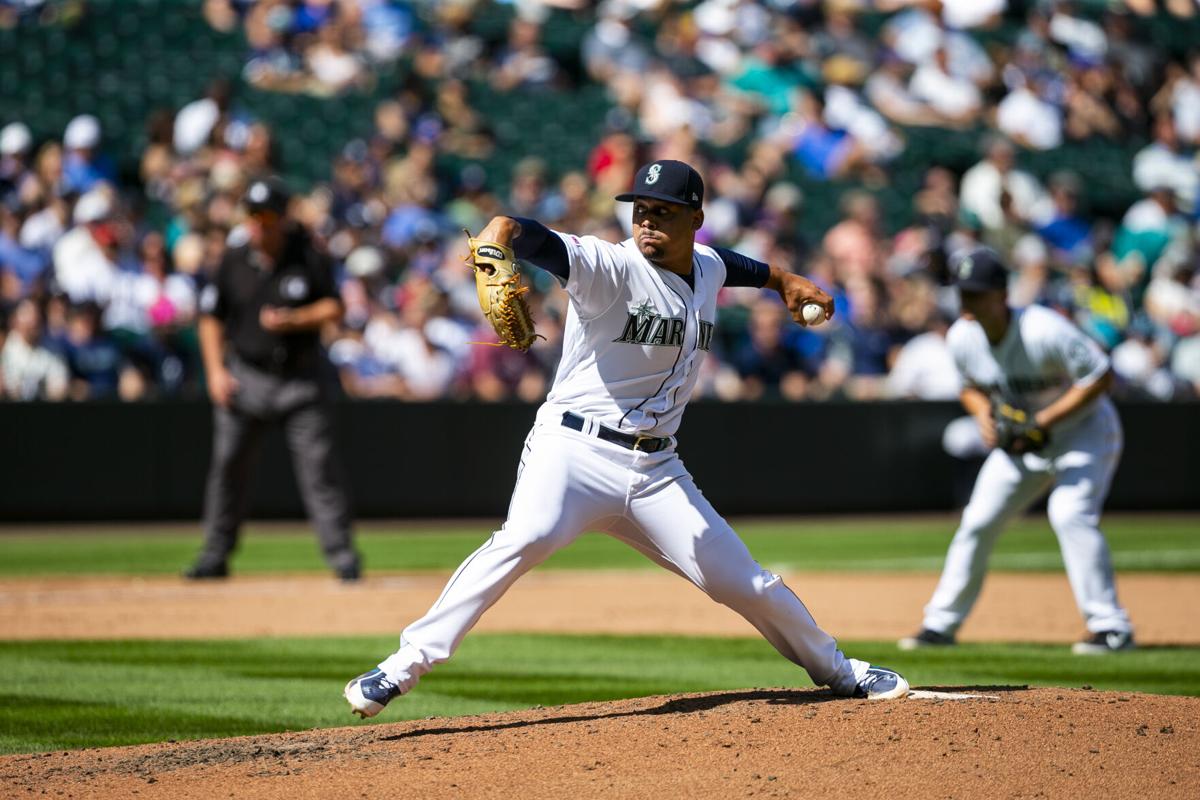 Justus Sheffield pitches during a 2019 home game for the Seattle Mariners. Justus is a 2014 Tullahoma High School graduate and is expected to be a starter for the Mariners when their season gets underway on Friday.

David Hess pitches during a home game for the Baltimore Orioles in 2018. Hess had a rocky 2019 season, but made the 40-man roster for the Orioles. Baltimore’s season starts on Friday.

Justus Sheffield pitches during a 2019 home game for the Seattle Mariners. Justus is a 2014 Tullahoma High School graduate and is expected to be a starter for the Mariners when their season gets underway on Friday.

It may be happening a little later than originally anticipated, but Major League Baseball will officially be holding Opening Day July 23.

Due to COVID-19, the start of the MLB season was delayed. After players and owners agreed to a deal in June, a 60-game regular season will officially get underway Thursday.

With the start of the new season, former Wildcats Justus Sheffield and David Hess will get back to work this summer. Justus, a 2014 Tullahoma High School graduate, is expected to be a starting pitcher for the Seattle Mariners. Hess, a 2011 THS graduate, was included on the Baltimore Orioles’ 40-man roster, although his role for this coming year is still being determined.

While the MLB season is shortened, the minor leagues cancelled their seasons. Unfortunately for Jordan Sheffield, a 2013 THS graduate, he did not make the Los Angeles Dodgers roster.

Last year was a breakout season for Jordan, which included seeing him being called up to the Tulsa Drillers, the double-A affiliate of the Dodgers. In Tulsa, Jordan was used as a late-inning reliever and in 37.2 innings pitched, he struck out 48 batters and collected six saves in his eight opportunities. The right-hander finished the double-A portion of his year with a 2-3 record and 3.58 ERA.

Last season was one of ups and downs for Justus. After starting the season at the triple-A level in Tacoma, he would go on to pitch once for the Mariners, coming out of the bullpen on April 26 against the Texas Rangers. However, in that outing, Justus was a little erratic for the Mariners, surrendering a pair of runs, including a homerun and four walks.

That performance carried over when he was recalled to triple-A, as the left-handed was never able to find his groove. After being demoted to double-A, Justus regrouped and was able to put up stellar numbers for the Arkansas Travelers.

That effort allowed Justus to be called up straight to the majors, rejoining the Mariners Aug. 23 in a home game against Toronto. In his first major-league start, Justus surrendered three runs, two of which came in the first inning, and allowed seven hits and three walks, while striking out three batters. After pitching four innings, he received the no-decision in that game, as the Mariners battled back for the victory.

In 2019, Justus was dealt to Seattle from the New York Yankees in a trade for pitcher James Paxton. As fate would have it, Justus’ second start of his career, he not only went up against the Yankees but was opposing Paxton.

In that start, Justus took the loss, lasting 4.1 innings. Justus allowed five runs, on six hits, while striking out five batters as New York got the long ball going.

The loss was the only decision for Justus, as he finished the year with a 0-1 record, despite starting seven games for the Mariners. Justus struck out 37 batters in 36 innings pitched and had an ERA of 5.50.

In September, Justus found his groove, with a pair of solid outings. During an away game at Chicago, Justus threw five innings of shutout baseball, giving up just two hits and two walks, while striking out seven batters.

He followed that start, by allowing a run in six innings during a home game against Cincinnati. Sheffield allowed seven hits and three walks and struck out four batters in the no decision.

Justus wasn’t the only one with an up-and-down 2019 season, as Hess also experienced troubles in Baltimore. In late June, Hess was optioned to the Triple-A Norfolk Tides.

Prior to being sent to Norfolk, Hess had been a starter for the Orioles, struggling severely. After nearly tossing a no-hitter at Toronto in April 2019, the right-hander seemingly lost rhythm after that start.

That near no-hitter was the lone victory for Hess last season. After taking a no-hitter into the top of the seventh inning, Hess was pulled after recording an out. He finished the game only giving up a walk, while striking out eight batters. Baltimore went on to hold on for a 6-5 victory over the Blue Jays.

Hess was recalled to the Orioles in July where he predominately pitched out the bullpen, making just one more start for Baltimore. Hess concluded his season with a 1-10 record and 7.09 ERA, while striking out 68 batters in his 80 innings pitched.

While the MLB season is scheduled to open on Thursday, both the Orioles and Mariners will wait a day and begin play on Friday. The Orioles will travel to take on the Boston Red Sox at 6:30 p.m. Central Time. The Mariners open their season on the road in Houston with play getting underway at 8:10 p.m.