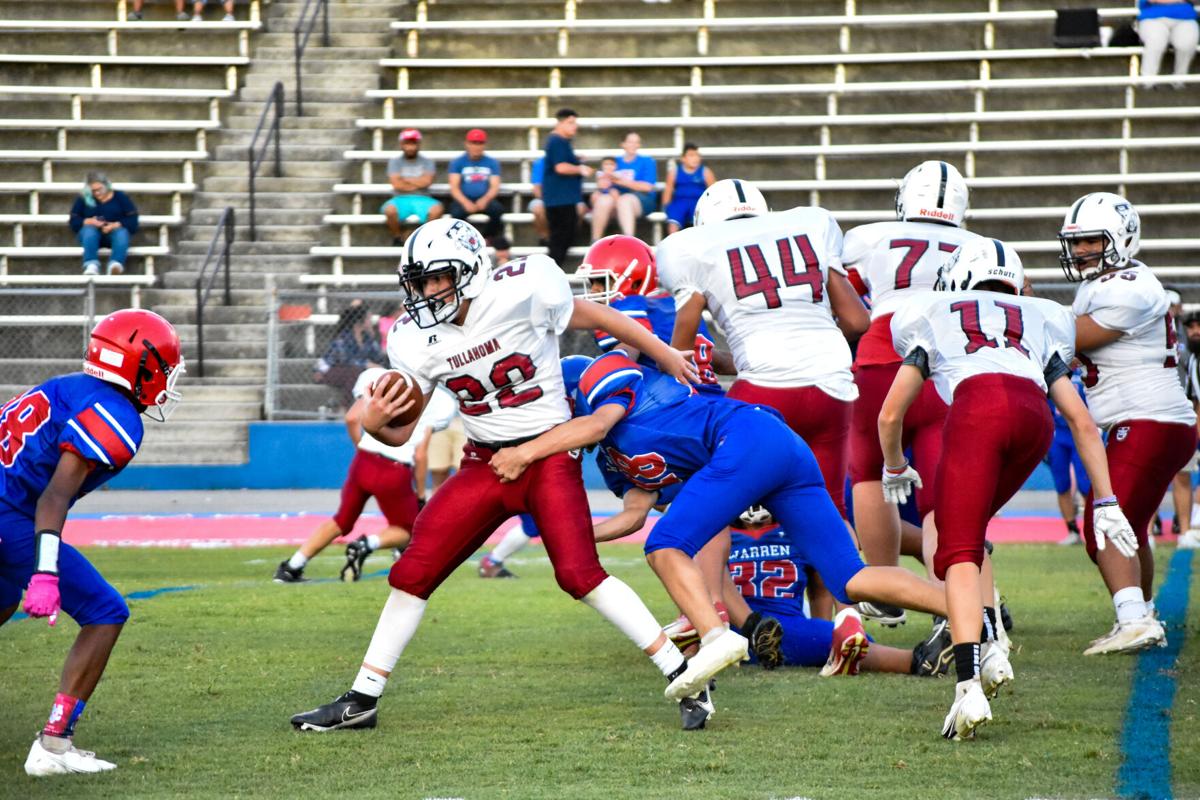 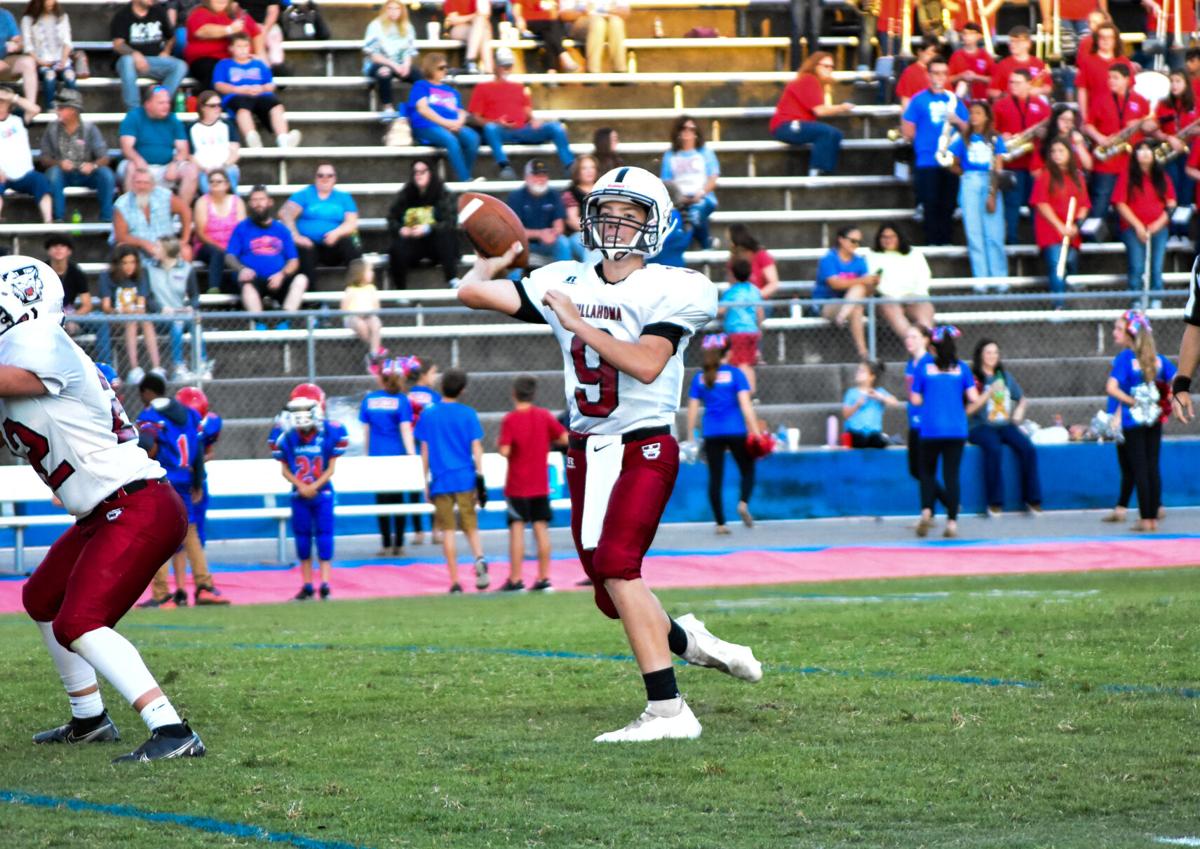 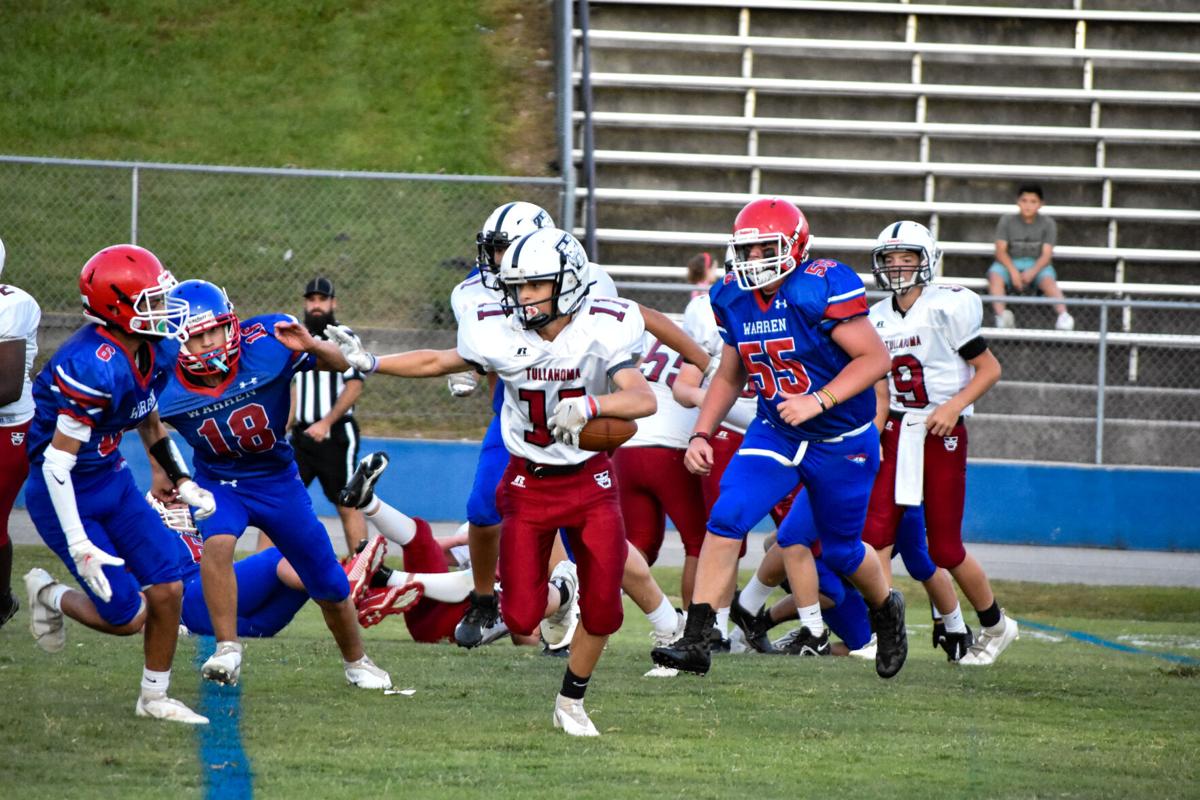 Sam Bobo uses a stiff arm against the Pioneer defenders during the match against Warren County Thursday evening.

Sam Bobo uses a stiff arm against the Pioneer defenders during the match against Warren County Thursday evening.

The TMS Wildcats were victorious Thursday night when they stomped on the Warren County Pioneers for a 20-8 win. The Wildcats found the end zone three times during the contest.

The Wildcats took to the field and were determined to secure their first win of the season after two dismal games against North Middle School in Franklin County and the loss of the Coffee Cup against the Coffee County Red Raiders.

Starting the game off with a strong defense, the Wildcats were able to keep the ball in their possession for most of the game. The offense was led by quarterback Lucas Reed. The Wildcats tallied their first touchdown with 9 seconds to go in the first quarter, when Reed lobbed a pass to Jaden Thompson. Unable to complete the 2-point conversion, the Wildcats took the lead 6-0.

The Wildcats defense was aggressive in Thursday night’s game, picking off the Pioneers twice. With an interception by Chase Dodson in the second quarter, the Wildcat offense took over at the Warren County 17 yard line. Sam Bobo ran into the end zone after a handoff from Reed, adding another 6 points to the Wildcats’ score, going up 14-0.

Warren County answered back by scoring a 62-yard touchdown with two minutes left in the half. With a successful 2-point conversion, the Pioneers put their only touchdown on the board.

After the half, the Wildcats scored once more, giving them their final score of the match. Micah Winton broke through the Pioneer defense to score the third and final touchdown for the ‘Cats, bringing the cats to their final tally.

The Tullahoma Middle School football team will be traveling to South Middle School in Cowan next Thursday, Sept. 16, to take on the Trojans.